Don't get me wrong, you can never have too many visitors to a tourist town. But, by gum, you can have a damned sight too many for misanthropic old me. These folks on the dock were having a three way conversation in French and English to see about going fishing. Thats what's needed to keep everyone employed in a town with no other resources. 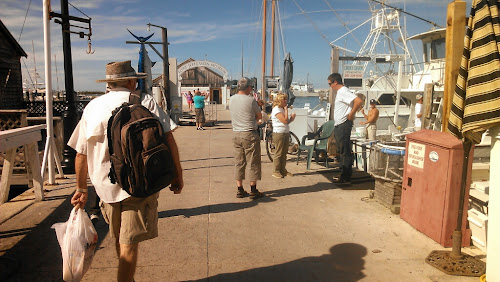 It was a lovely sunny day before this latest cold front came into town to give us gray skies and the usual drizzle. It wasn't hot but it was warm and the air was cool and refreshing. I have been on day shift for a while and my lunch breaks in the middle of the day have put me downtown among the madding crowds. 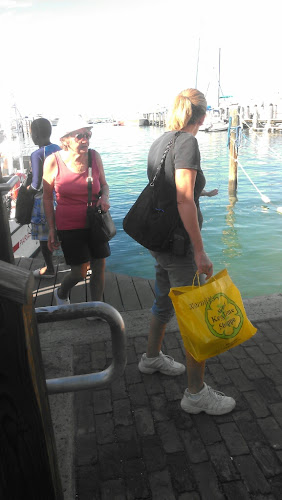 The traffic gets to me as it always does in winter. There are bound to be tons of tentative confused drivers nosing their way through the narrow streets. That they come to Key West in unsuitably large cars doesn't help, and would you believe how few people know how to parallel park, a vital skill in this cramped city. 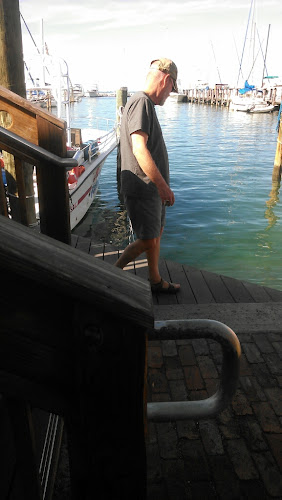 Much better the visitors keep walking and look for big sleek tarpon haunting the harbor waters looking for crumbs in the shade of the docks. Or like the young woman below standing contemplatively like a widow on her walk waiting for her ship to come in. 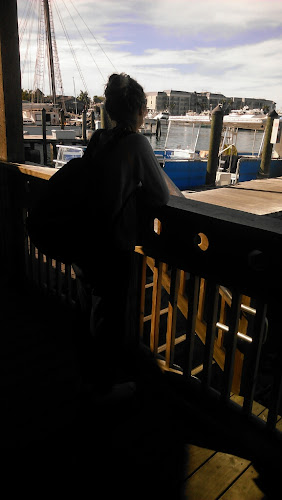 No, it's not the pedestrians that clutter the streets, and though the cars do you have to expect that. The cyclists worry me a lot more, not least because I will be the bad guy if I mash an innocent on two wheels. The thing is I am generally sympathic to two wheelers, especially if they riding instead of driving, I have encouraged termed some cyclists already this winter whose habits are death inducing. 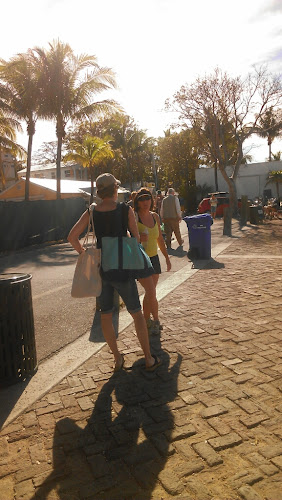 I had one crowd of half a dozen filling both lanes on Windsor near Virginia and wobbling as they went and when I tooted gently I got gestures from the idiot riding furthest across in the oncoming lane. It's not as though I was herding them I just wanted the oncoming lane to get past the clusterfuck. Then there are cyclists talking on the ubiquitous phone. 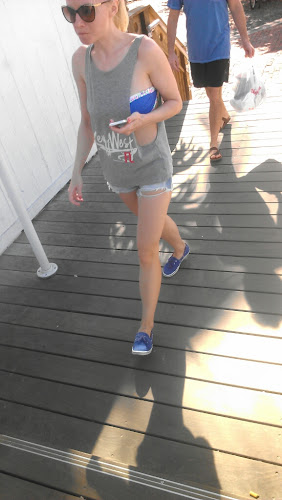 The wobblers, the inexperienced riders who think Key West is Disneyland and thus a good place to rekindle long dormant cycling skills. On public streets. I worry these cretins have offspring who will be foisted early on an unsuspecting world and that they will drive their foster parents mad if they are as dim as their biological patents currently themselves regressing to childhood on two wheels in Our Fair City. 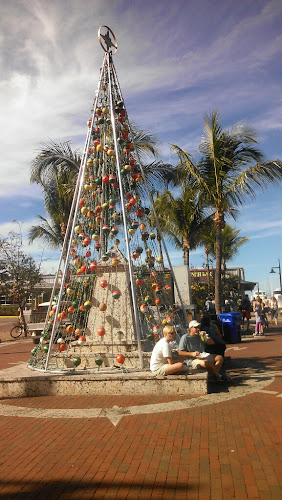 Let's face it cellphones are a wonderful tool and I love mine as a resource, but who wants to be tethered to someone who is glued to their phone? I've heard tell of people who take Facebook to bed with them, and rather them than me. 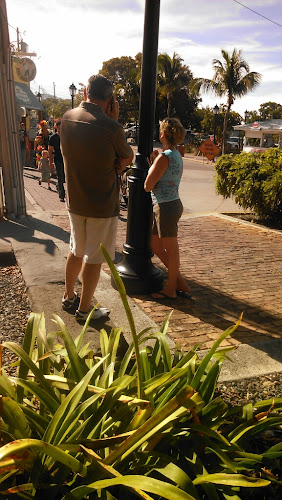 I have noticed far fewer snowbirds on my suburban streets outside the city but Key West itself is packed. I am not a fan of sidewalk crowds, but I have to say its encouraging to see people enjoying the act of walking, with phone or not. 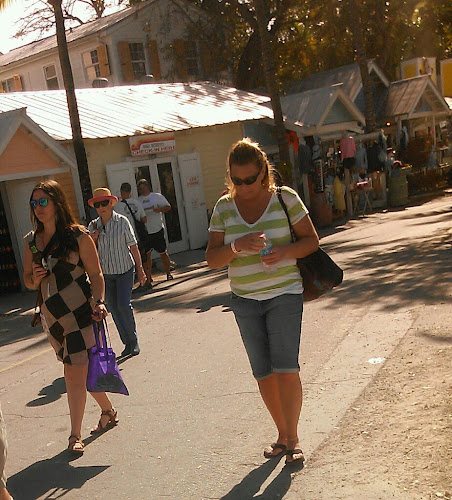 When I see these people cycling I wish they would take these new habits home with the but I suspect the spread out life on the mainland won't translate to cycling as it does here, briefly, on vacation. Walking certainly doesn't, and frankly I see locals vying for the parking spots closest to the store when I am out in the modest shopping malls we have down here. The no walking disease is rampant everywhere in daily life. Even the bums in Key West, who walk incessantly put their feet up quite a lot of the time. 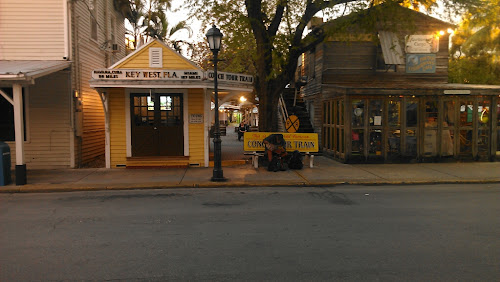 And on the subject this year's slow driving award in Key West goes to operators of cars with Tennessee tags. With no apologies to GarytheTourist I make this nomination because for some reason every time I get stuck behind some lost slow poke I see the green tag of the Volunteer State smiling back at me. They are probably just rental cars but still... 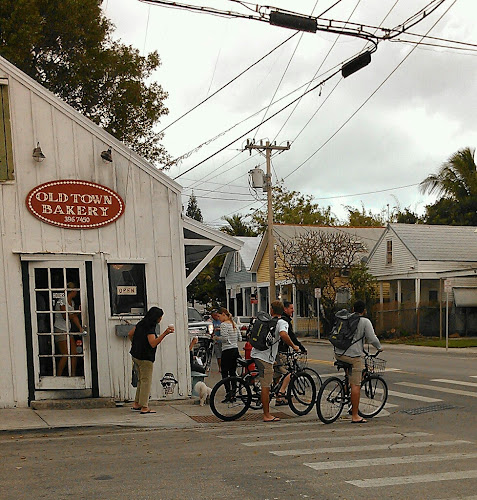 Then of course there are the sailors, in town for Race Week, identified by their North Sails backpacks, and the thousand yard stares of titans engaged in unholy toil that we mere mortals could never comprehend... 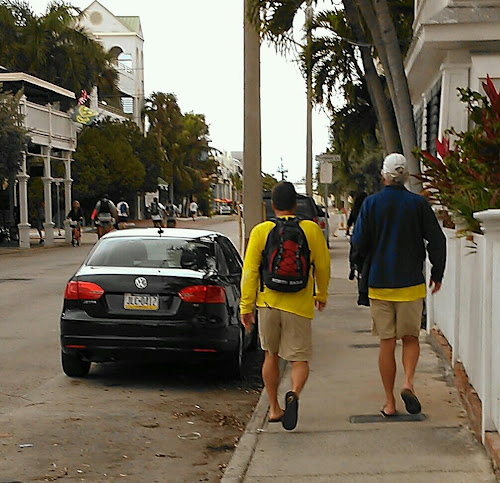 But if these crowds are the price we pay for a quiet summer and long hot days of empty streets, I say it's an excellent deal. Roll on Easter, when the caravans line up to leave town, and all those Tennessee tags will be gone.

Posted with Blogsy
Posted by Conchscooter at 12:01 AM 8 comments: Links to this post