Finding oneself downtown a quick trip to Simonton Beach, a tiny strip of sand overlooking the harbor, can be just the thing. Look at water, look at boats and set aside for a moment the crowds and the cars. 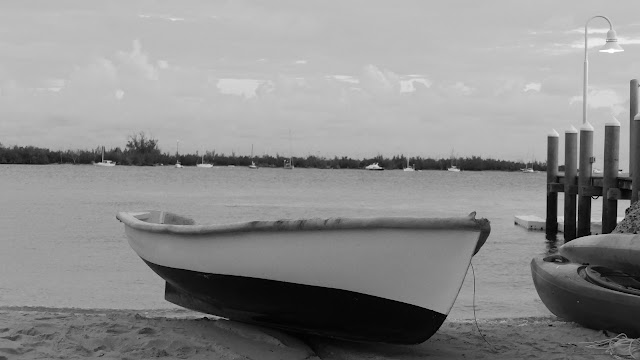 Of course an early arrival can lead to one stumbling across rough sleepers unable to wake up and face the day as fresh as Rusty and I might be at that moment. 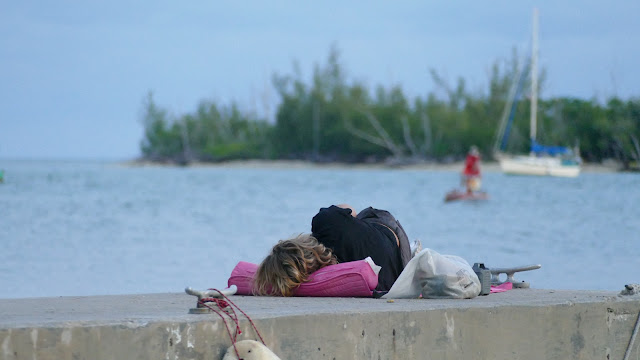 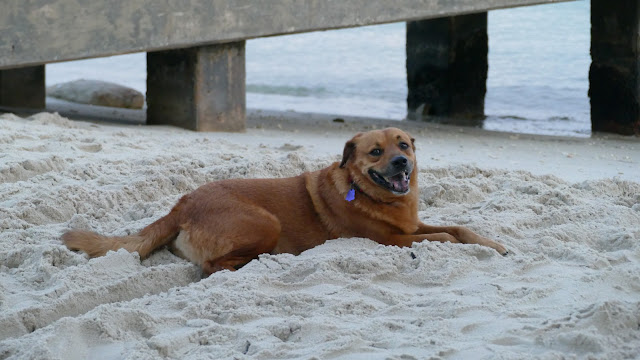 And the boaters were starting their morning parade to the fishing grounds: 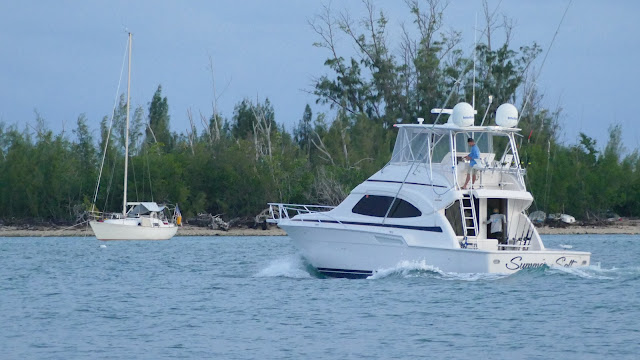 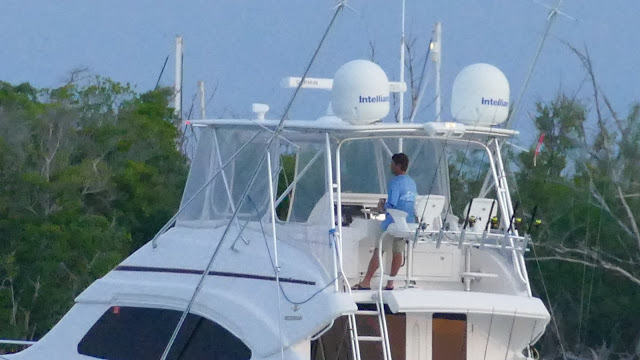 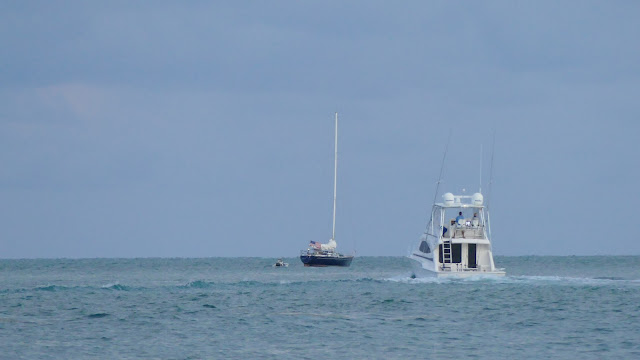 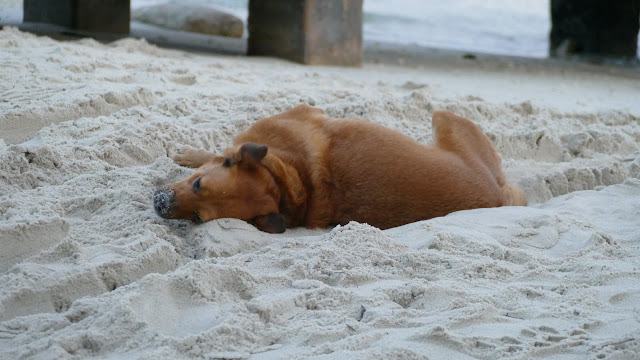 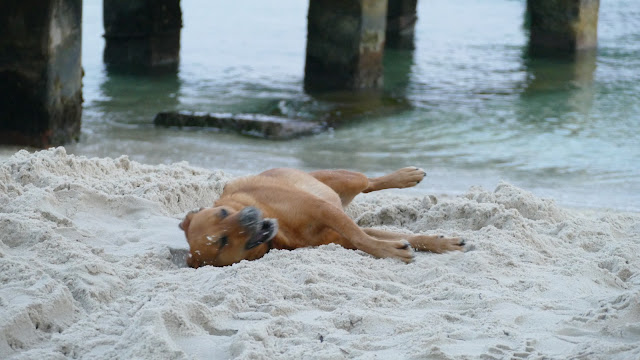 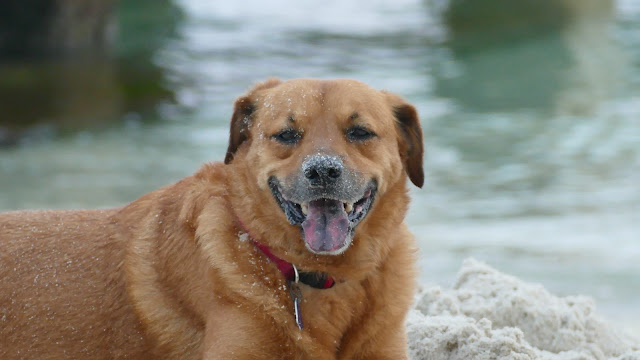 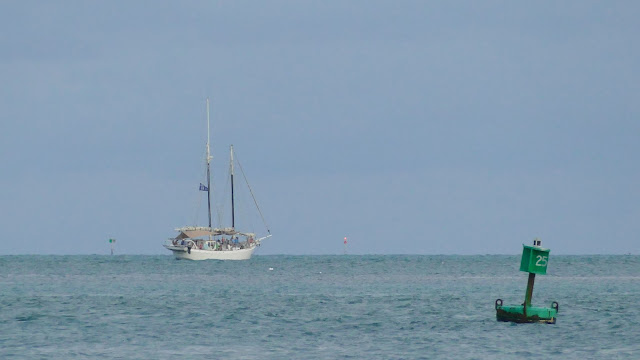 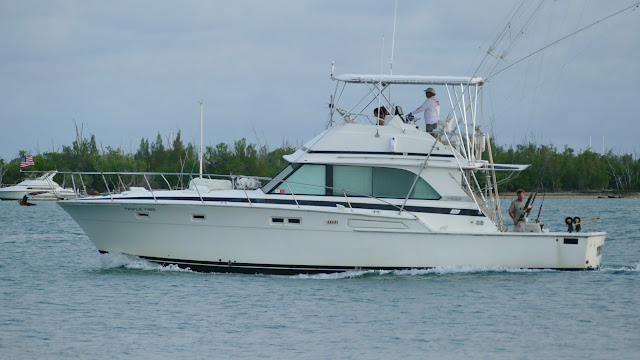 There used to be a public toilet at Simonton Beach but no good came of an unattended building so hey turned it into a beach bar, a much more successful use of space says the city. 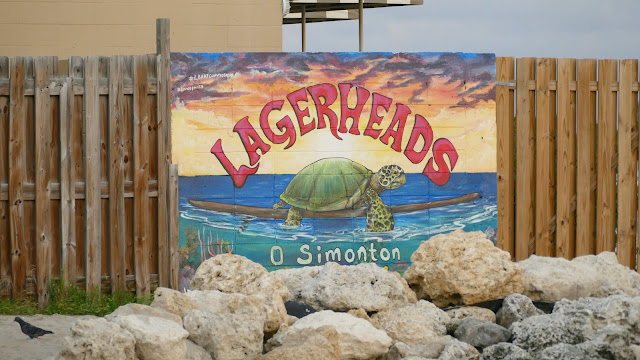 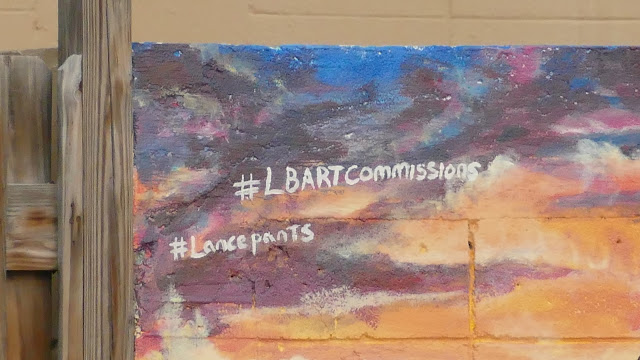 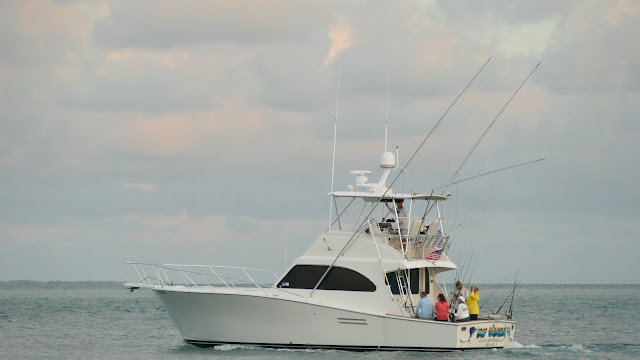 A Miami dog showed up and the two played. 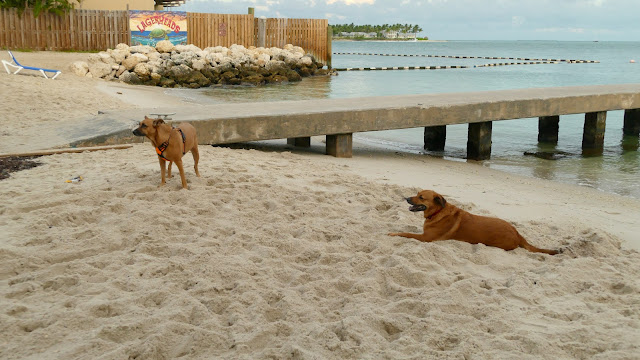 His owner told me a five dollar donation to a rescue organization in Mexico City got him the dog when he was living there and the dog came home to Miami Beach. 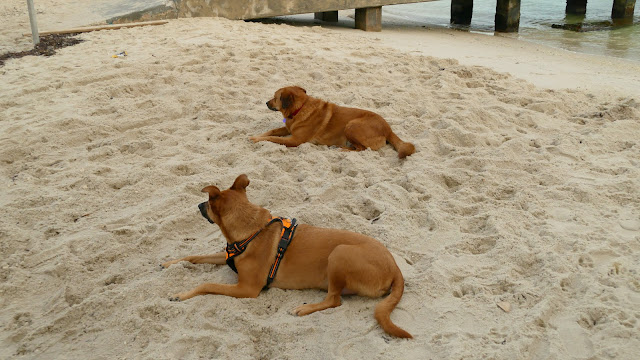 They went of to continue their Key West vacation. Easy come, easy go: 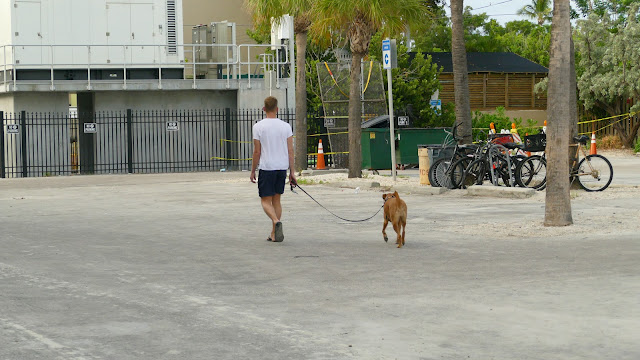 We watched the clouds for a little while longer before we got on with sweating out one more downtown walk early in the day. 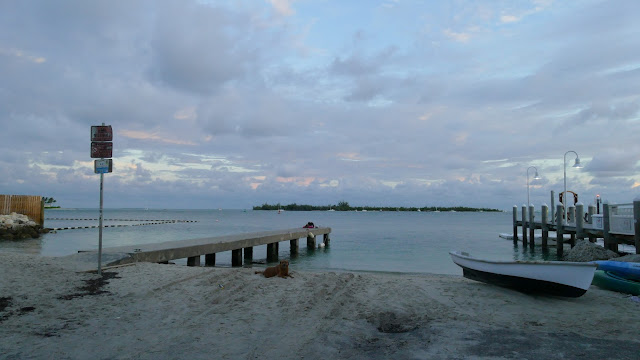