We saw two movies out of a slew of films available this past weekend. The Tropic was a relentless unspooling of film after film after film. This was just Saturdays's schedule and the Festival ran Thursday through Sunday. 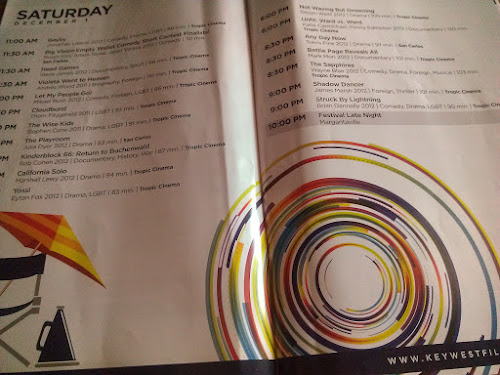 That we got to see two flicks was through persistence. We intended to see one Saturday night with friends but dinner at Santiago's was so successful the wine and the tapas kept coming and pretty soon it occurred to me the movie part of the evening was not going to happen. The port and bread pudding (made with a brioche) was brilliant and entirely worth it. The place was crowded! 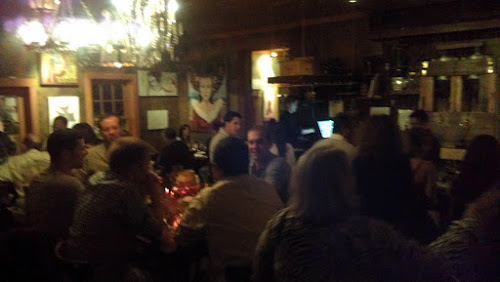 I had the weekend off, as I do every other weekend, and was determined not to miss the movie festival. We had been advised The Sapphires was worth seeing. It's what those ponderous voice overs call "a heart-warming tale of the triumph of the human spirit" about four aboriginal Australians who get a job singing to US troops in Vietnam. The plot is predictable, the women's singing is pitch perfect and the ugliness of racism 44 years ago is put in its place. It's easy to despise the bigots of the past even as we tolerate the bigots today who call the Negro in the White Man's House a "Muslim" or a "socialist" and pretend the color of his skin has nothing to do with the denigration of his character. But the movie is sweet and has its funny moments such that it is decidedly worth a view. 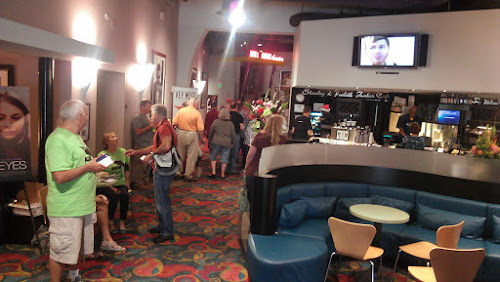 The volunteers in green greeted new arrivals with the cheery words "Here to see a movie?" which I thought was overstating the obvious but imagine my surprise as I headed to the urinal (kindly supplied by the mysterious and unknowable Roger Westerlund) and the greeting was met with the curt "No we are just here to look around," a put down so cutting uttered by a matron with a bosom the size and shape and power of a battleship's prow I felt obliged to share the joke with the volunteer. We pondered for a few minutes why else one would come to a cinema, during a film festival no less, if not to see a movie. Wild bore hunting at the Tropic had seemed an unlikely occupation before that encounter. 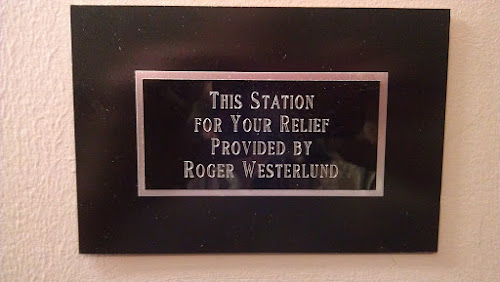 Let me not be accused of abandoning my dearest companion to her bed in the car, she who walked more than she needed on Sunday and before we returned to see another unlikely movie she got attention and love and water on the cool breezy afternoon at the courthouse parking lot tucked into the winter shade. 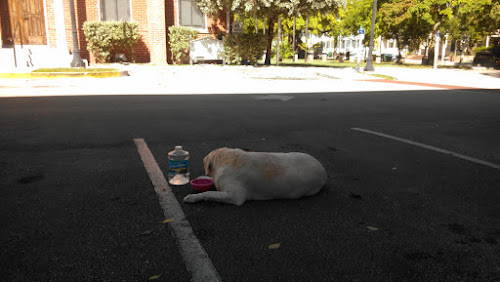 The Festival favorite directed by Dustin Hoffman (!) Quartet was sold out by the time we got our disorganized expedition to the box office after a shared sandwich from Paseo, the Seattle-based sandwich shop on Eaton Street, but I have no doubt it will make it into art theaters in general release considering the high powered names attached. Instead we went to see a dubious documentary about the end of Polaroid Film. I had not known that Polaroid had ceased production, nor had I any idea there was a cadre of Polaroid fans who treat the instant pictures as Art. They were literally driven to tears by the news that Polaroid film was running out and soon would disappear forever. If Time Zero sounds crazy, believe me it is. What's even more crazy is that the movie sucks you in. Pretty soon you too are sitting there ready to abhor the loss of film you haven't seen or used for forty years. Suddenly you too see electronic images as fake and Polaroid as the only true photographic art form left. It will be an appalling loss if a generation grows up unfamiliar with the white framed oddly colored pictures of the instant camera. The SX 70 really was the pinnacle of photograhic camera manufacture. Wait a minute! This is just a movie! It's a stupid documentary! If ever you do get the chance don't miss this crazy stupid film. It will show you a new old way of looking at the world around you. 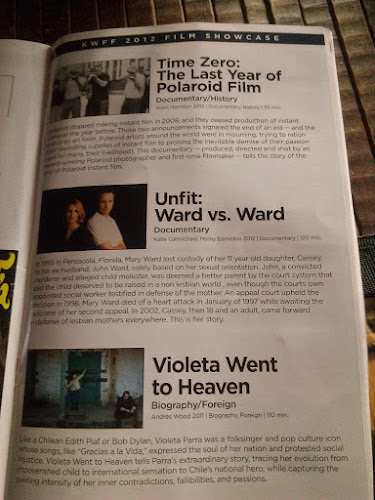 I hope the Festival comes back next year. I learned a lot about history, the world and my view of it, at this year's festival.