It was  a big moon a few mornings ago and it looked good, a speck of white hanging above the sleeping town. 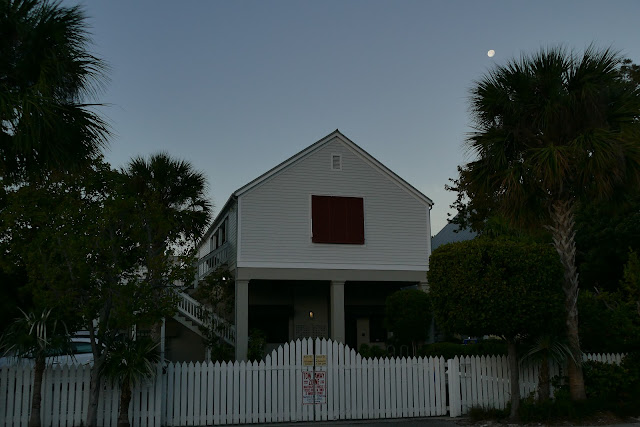 The pigeons weren't sleeping, I think.  But they weren't yet very active. 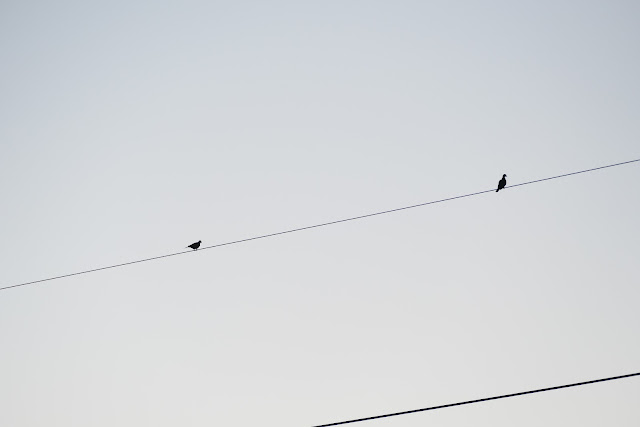 The angry mockingbird was hopping around but I made eye contact and for some reason he held back from bombing us which was nice. 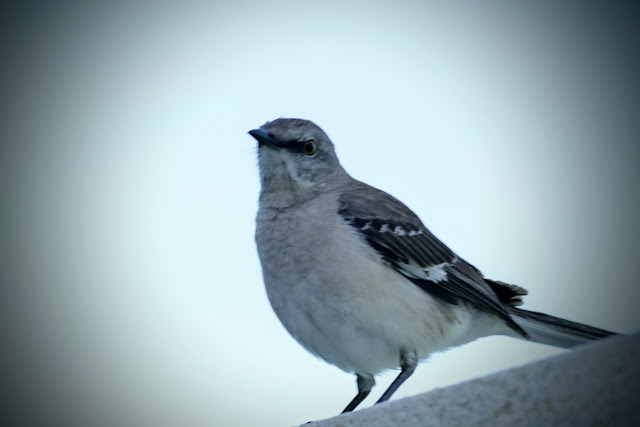 The noises of the street cut no ice with this guy who had me fumbling with my camera settings and he walked by with his huge headphones clamped tight. I am told this big ear muffins are fashionable but they look kind of goofy to me shutting out the world. Poor bugger he was obviously busy while I was just ambling for a change. 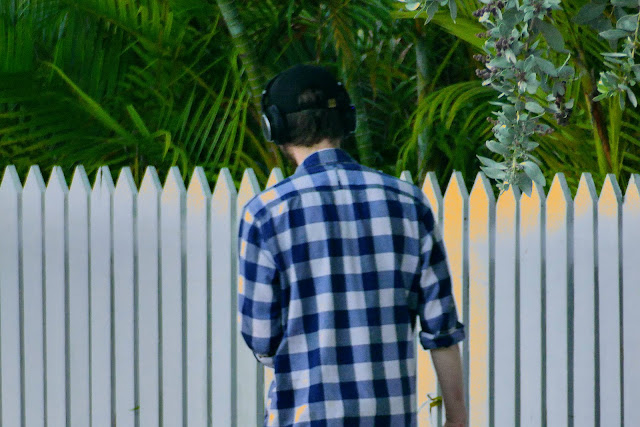 I look aloft from time to time and I never tire of the spindly shadows cast by trees against a clear sky: 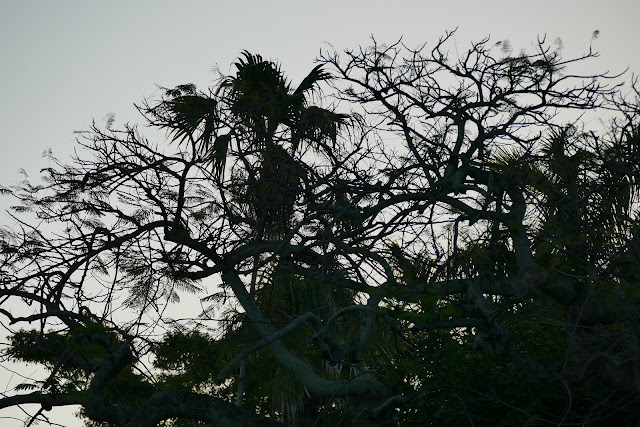 Yellow on yellow in a brown house. I liked the effect but I would never think to paint my own house like that. 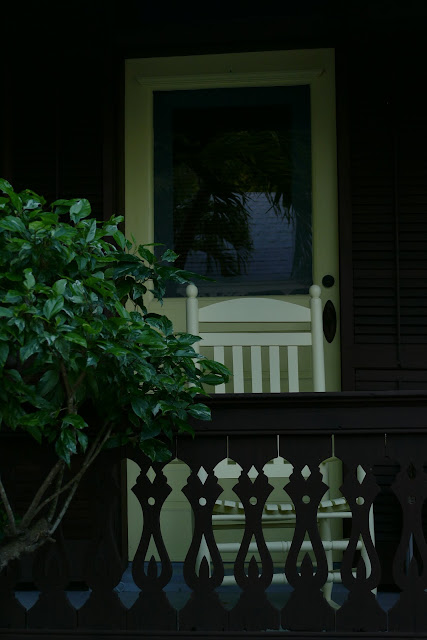 Fish. On a House. Weird. 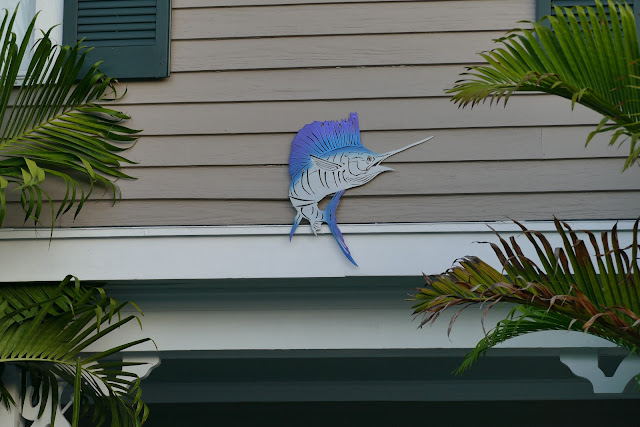 A hammock? A flag? Wrapped up and impossible to imagine what it might be. 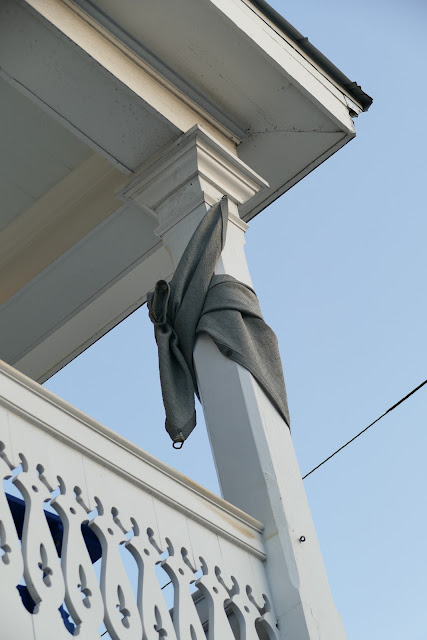 I think the moon kept looking better. So I photographed it again. 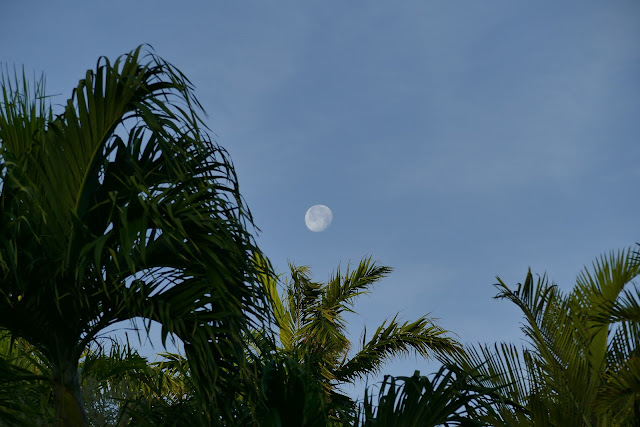