We were just over a hundred miles from Terni and home and so far our 300 mile ride from the Alps and Cortina d'Ampezzo had been a mixture of overcast and sunny but always dry and we were starting to think we might make it home without getting wet. That would be a first, as every trip since 2007 Giovanni and I have got drenched whether we went south to Naples and Pompeii or north to Tuscany and the Alpe Apuane. 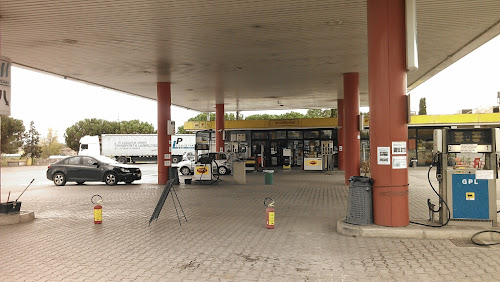 We filled up with gas, Giovanni made a call, and we set off once again to take a high speed blast down the road known as the E45 running from Cesena to Terni, once part of the old Roman Road known as the Via Flaminia and now a useful short cut with no electronic speed traps but filled with pot holes and nasty tar patches and horrible tar ridges. We bounced like broncos as we sped down the highway home. 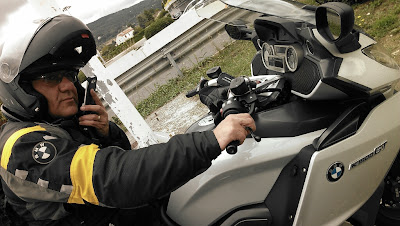 All went well for ten minutes and that was when my left knee started to feel wet. I looked down and my left knee was soaked. I felt the patch and my gloved finger smelled of gasoline. I looked further and fluid was pouring out from under the plastic shroud on the BMW. I was doing about a hundred miles an hour and faced the very real prospect of turning into a human torch which would have been spectacular if uncomfortable. Happily the K1200S has superb brakes and I slowed to a walking pace very rapidly. 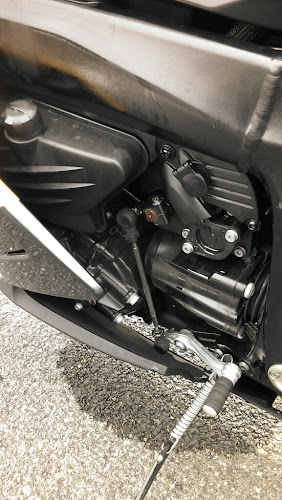 Giovanni stopped alongside me and I motioned him away as white steam poured off the bike. I tore my saddlebags off and stepped back. So far so good. I stank like a petrol bowser and the bike trailed a wet streak down the road as far as the eye could see. I had just dropped five gallons of ten dollar gas all over the road and myself. 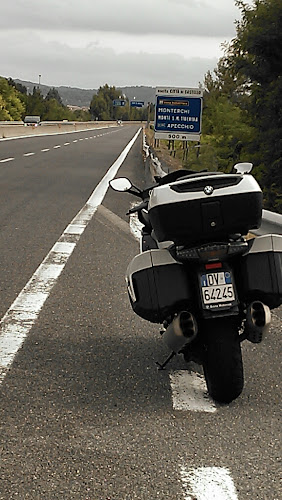 a car passed by and sounded its horn. It was Giuseppe with whom we had dinner one night up in the mountains! He was delighted to join in the fun while his wife sat in the car and left the boys to be boys with the broken bike that was at last no longer steaming. 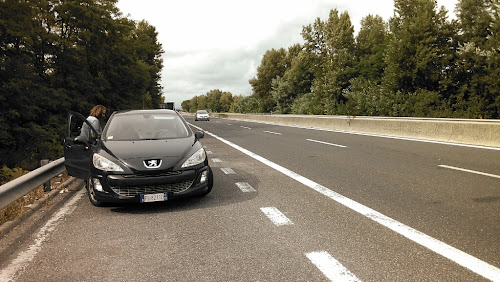 Giovanni called BMW assistance and we had forty minutes to shoot the breeze. The boys talked cars.
Giovanni: "There goes a Nissan Juke. I rented one of those in Holland last Spring. Nice car."
Giuseppe: "Your wife's car has the same engine."
Giovanni: "Never its a Mercedes."
Giuseppe: " Yes it is. The diesel version is made by Renault."

This was not a quite what the doctor wanted to hear but diesel engines get a slight tax break in Italy so they are quite popular. You'd be surprised how many of your favorite cars can come with diesel engines. They run just like gasoline engines with much better mileage. Too sensible for US consumption. 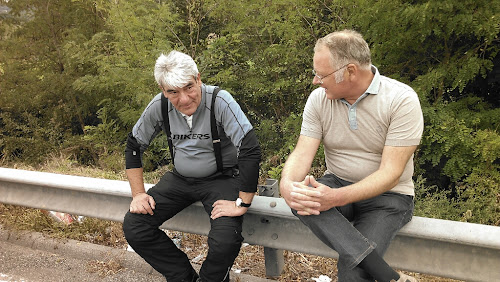 Here came the help after we spent twenty silly minutes staring up the road as though wishing would make it arrive faster. 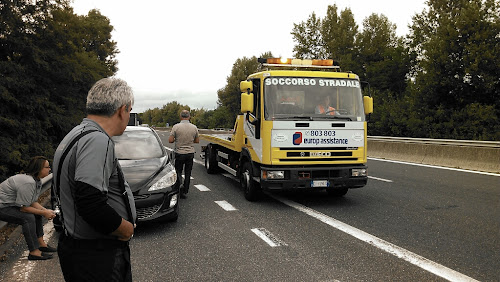 The general conviction among the boys was that the fuel hose had come undone and if we had the correct Torx wrench we could remove the acres of plastic paneling and fix the machine ourselves. I wasn't convinced this was a brilliant idea, being as how I still smelled of gasoline and was still grateful I had not had to give a demonstration of a human torch riding a motorcycle. A second opportunity to do same did not seem my optimal option so I wanted a pro to do the delving into the cause. Everyone conferred. 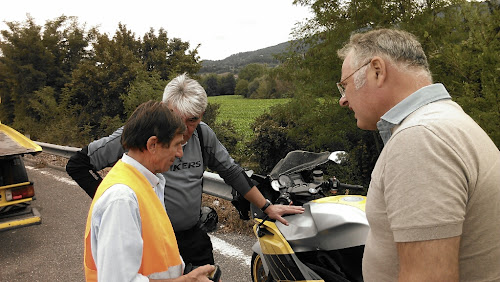 The tow truck driver was adamant, we towed or he left. We towed. Giovanni got astride the stricken beast. 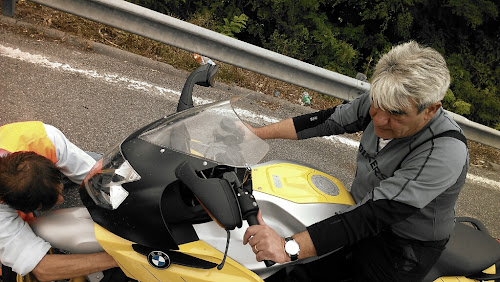 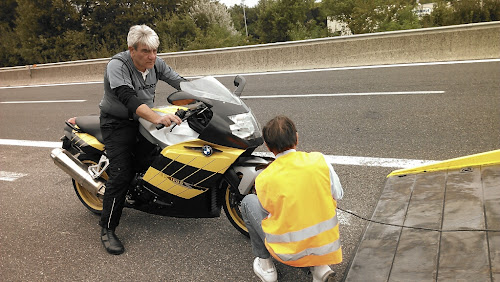 It was a delicate operation. I made good use of my camera. 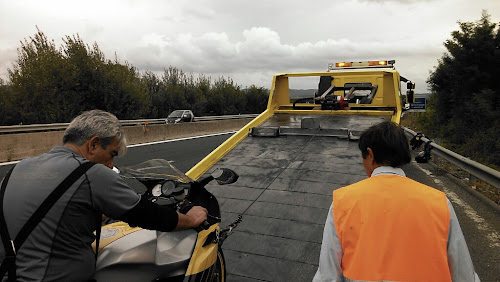 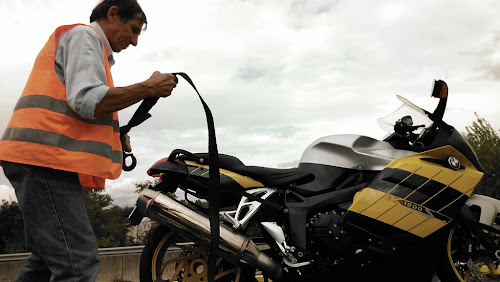 "No one is allowed to ride on the flat bed." 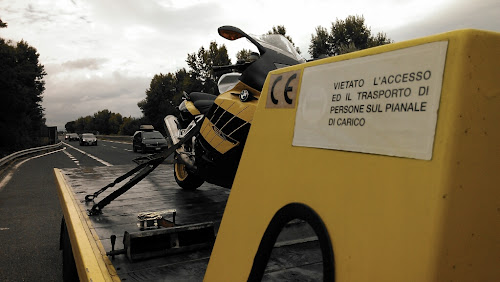 I was quite surprised Gabriel Byrne was moonlighting as a tow truck driver, but there he was large as life in the cab with me. 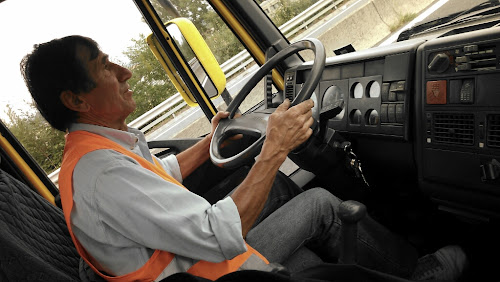 If he wasn't the Irish actor they were clearly separated at birth. 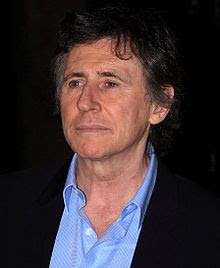 Back in the real world we paid 60 Euro ($90) for the tow to the Perugia BMW dealer where, as it was Sunday the shop was closed. 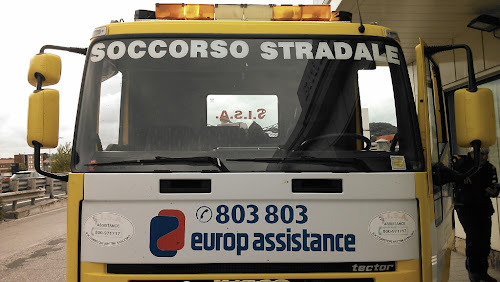 So we pushed the stricken bike out of sight into the back, wrote a note and dropped the note and the ignition key in the drop box. Giuseppe had loaded my bags into his car and he dropped them off at Giovanni's home for me. It only remained for me to get on the back of Giovanni's bike and off we went...we got rained on an hour from home but that was par for the course. 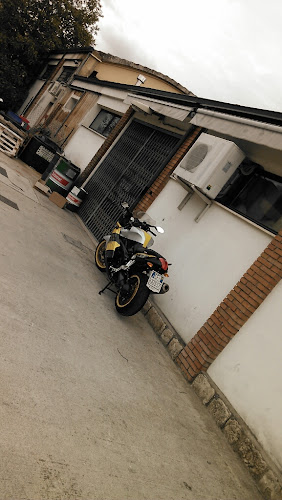 My wife sent me a picture of my dog waiting for me to come home. She looked quite happy without me. 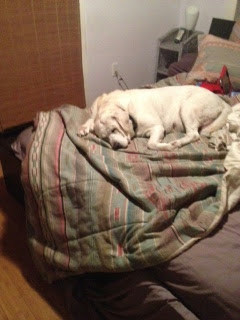 My life seemed for the moment like a country western song, no bike no dog...And the repair, completed the next day showed a broken fuel line attachment replaced at a cost of seventy Euro- $105.

BMWs don't come cheap, but it turns out they DO break.