By Sara Matthis from Keys Weekly this astonishing admission of  peril to our own South Florida water: 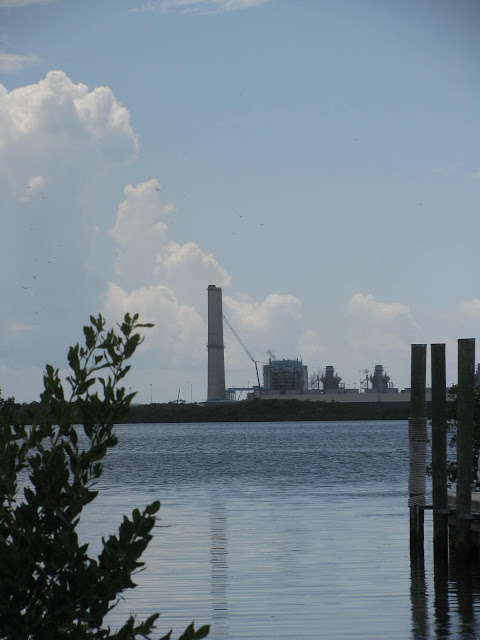 Turkey Point powerstation, Biscayne Bay
Drinking water is safe for now; experts worry about Biscayne Bay
Wednesday’s news of radiation contamination emanating from the Turkey Point Nuclear Power Plant leaking into Biscayne Bay alarmed Florida Keys citizens on every level. First, the Keys drinking water comes from the same neighborhood as the plant. Second, the affect to the fishery — so close to home waters — could also have an enormous impact.
“There is no tritium [a radioactive isotope of hydrogen] in our water supply,” said Kirk Zeulch, executive director of the Florida Keys Aqueduct Authority. Zeulch said there are numerous monitoring wells around the well field that pumps water from the Biscayne Aquifer and none of the tests show a trace. “But this needs to be kept on the front page to keep the issue from fading away. We need help from the state and federal authorities that regulate nuclear power plants and the studies need to continue.”
According to news reports about the leak, the high levels of tritium are a result of changes made to the plant in 2013 to increase energy output. Critics allege the reactor’s canals ran too hot and too salty. The result, they say, is a “saltwater plume” underground that is headed inland. Although it’s five miles away from FKAA’s freshwater well field, Zeulch described it as a “threat, but not an imminent threat.”
Several times, the plant has received special permission to pump freshwater into the canals to relieve the salinity. However, University of Miami hydrologist David Chin has said that doesn’t alleviate the problem because evaporation rates exceed natural rainfall and it may also increase pressure on the saltwater plume causing it to expand further.
Tom Walker, deputy executive director of FKAA, said the utility is not aware of any tritium in the saltwater plume and said that two weeks ago, the power plant was ordered to place extraction wells into the heart of the saltwater plume by a Tallahassee judge.
“Florida Power and Light will start extracting the hyper-saline water and then injecting it into deep wells into the boulder zone of the Floridian Aquifer,” Walker said, adding that the plan to extract the water from the saltwater plume is due in April.
Zuelch said the court-ordered measure could halt the saltwater plume’s progress, or even cause it to retreat. FPL has issued a statement saying the public and drinking water are safe and that improvements are a continuing effort.
According to a study released by the Miami-Dade Commission this week, over the last five years levels of tritium found in the canals ranged between 1,500 and 16,500 pCi/L. (Natural levels in Biscayne Bay are 20 pCi/L and the legal limits for tritium in drinking water are 2,133 pCi/L in the United States.) Because some of the canals are as deep as 24 feet, experts worry the tritium (as well as high levels of saline, phosphorus and ammonia) collected in early January from the bottom of the canals at rates of 2,600 to 3,400 pCi/L are reaching tidal surface waters connected to Biscayne Bay. Miami-Dade County has asked FPL to address these new findings.
The report does not address how increased levels of tritium might impact the public or marine life. According to the federal Nuclear Regulatory Commission, everyone is exposed to small amounts of tritium everyday as it can occur naturally. It enters the human body through food and drink consumption and half is excreted within 10 days. By comparison, a CT scan delivers almost 2,000 times the amount of tritium considered safe in drinking water.
Florida Keys Commercial Fishing Association’s Bill Kelly said he called on Nick Wiley, the director of the Florida Fish and Wildlife Commission, to study the problem on Wednesday.
“We need to test the lobster, shellfish and finfish in Biscayne Bay,” Kelly said. “We need to know if there’s any concern about public consumption of any of those products collected in that area.”
Kelly said it might impact 150-175 commercial fishing operations in that area, not counting restaurants.
“The product value of the spiny lobster alone in that area is more than $40.6 million,” he said. “I’m anxious to gather more information on this. The news is not good for man or beast.”
Turkey Point was constructed in the early 1970s. It supplies more than one million homes with power in South Florida. 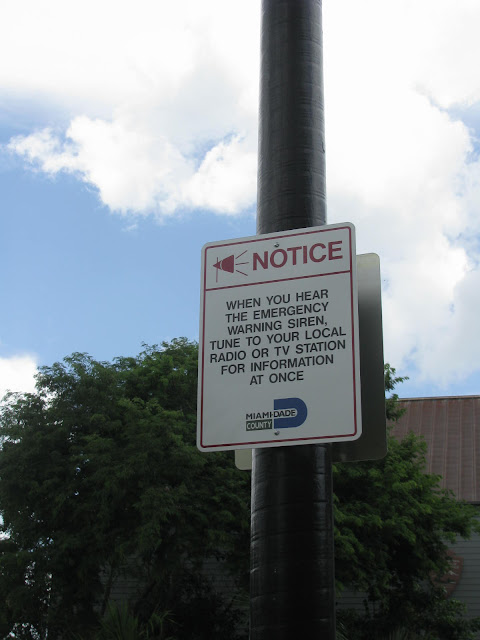