The Hills Of Julia Street

I have thought that perhaps a climb to the top of the lighthouse might possibly be one way to announce to myself the firm conviction that I can walk properly again, but a quick search in the blue box at the top left of this page reminded me it hasn't been three years since I climbed the spiral staircase.  Lighthouse Visit. So I took a picture from Truman Avenue to remind myself to consider another visit. How do you like Key West's total disinterest in preserving an historic skyline from the blight of wires? 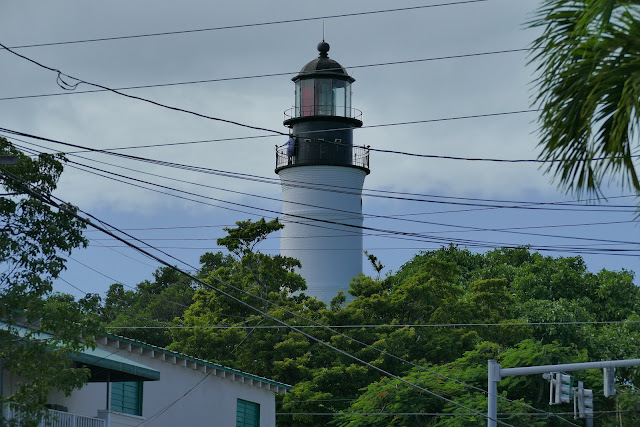 Some days I take my lunch break downtown and I walk on my re-built pelvis and I take pictures with my camera and I wonder if I shall see anything worth photographing and something usually springs before my lense. Old Town is described as the largest collection of wooden buildings located in an American city. I think. Something like that. And I get to wander around it as often as I like. The city was incorporated in 1828 and in those days the lighthouse was close to the water until storms undermined it and they moved it inland. The seas have been nibbling at the Keys forever it seems. 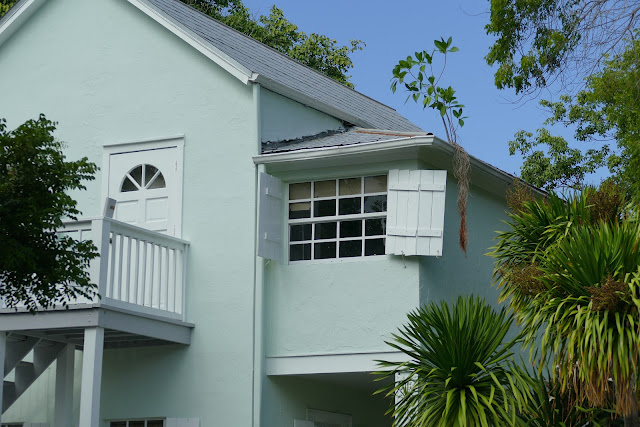 These signposts are springing up anywhere and everywhere and I don't find them to be particularly attractive. Pointing to Lublin in Poland is a stand out destination in a  city where the Poles are mostly workers and not tourists. People keep wondering where the workers will come from to service the increasingly wealthy leisure class that is buying property in Key West. There's an answer: staff rooms hot bunking in the garrets and eaves of hotels. 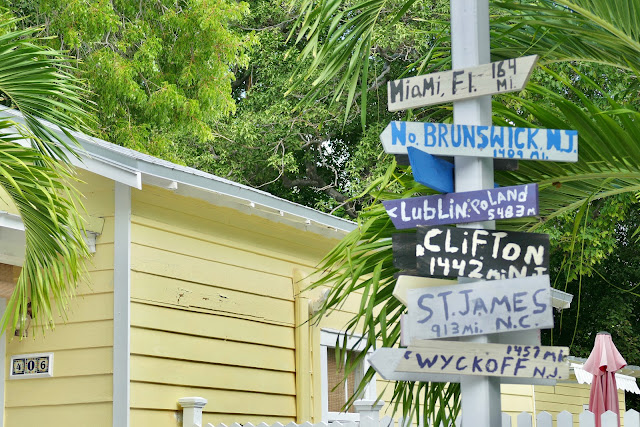 The classic Conch Cottage worth a million bucks to someone I am sure and it's neighbor... 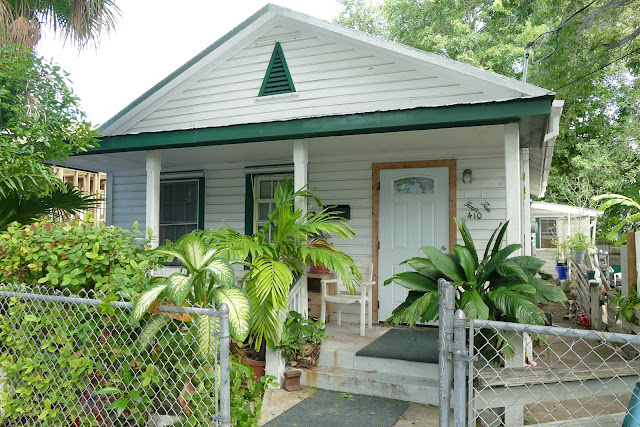 ...exposing it's skeleton for all to see. Is this worth a million? 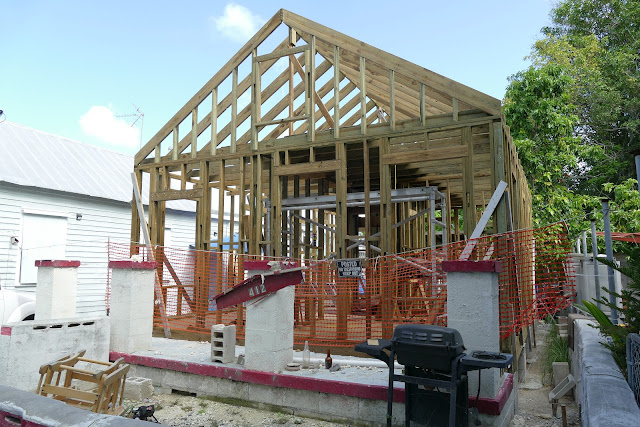 The refreshing of Old Town is a phenomenon that carries with it a certain cheerful optimism as the high, high tides this year produce predictable flooding in streets up and down the Keys.  Even though we pretend it isn't happening sea level rise is progressing nicely and apparently unstoppably - LINK.  I wonder if these late comers or their inheritors will expect a government bail out for buying in a flood plain? 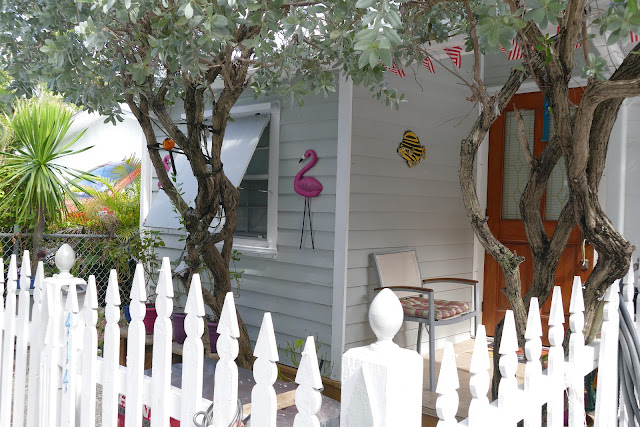 We have ignored the problem and denied the problem and now we nervously joke about he problem. I fear the next stage will be anger but perhaps that will produce a sea change in our rather cavalier attitude that sea level rise is not our problem. There is an overflow parking lot ext to the police station where I was warned not to park on the east side as at high tide it goes under water by as much as a foot. On night shift we had enough parking and to spare for the few of us in the building overnight but by day the administrative ranks swell and latecomers park  off site. 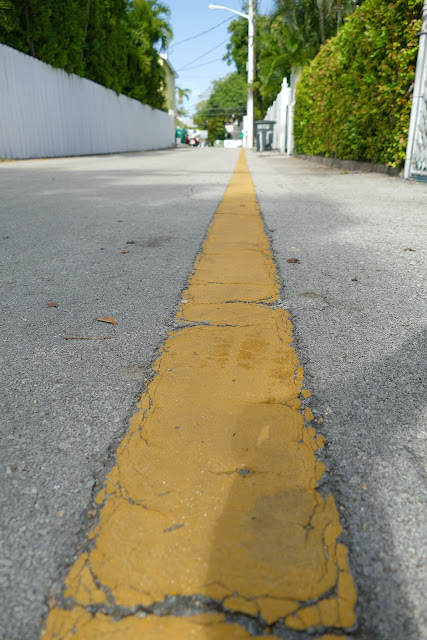 When I was a youngster Important People predicted all kinds of nonsense by the turn of the century like flying cars and eternal life and all that stuff. What we actually got was more of the same and the Internet which no one predicted. Now we are told flooding is coming and no one really seems to believe them. And I for one usually don't  a  quick calculation every time they predict. By 2050 I will be 92 and I'm pretty sure I will be long since dead. In the ordinary course of things you might shed a tear or two but under the circumstances and having no offspring to worry about I am prepared to sit back and let others with a stake in the future do their bit. 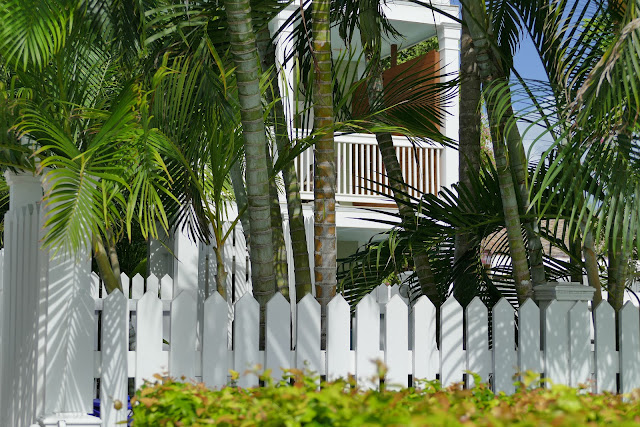 I have developed my own theory about hurricanes and this year has once again borne me out. It seems like the pattern of their paths follows a route determined by the jet stream in early summer and just about every storm follows a similar path. If you are in that pah you are doomed (viz: Puerto Rico in 2017) but if like this year they go north early we are okay. North Carolina got smashed of course and Bermuda got hit and they are in line for more rain and wind but the fact we haven't been hit yet is no indicator of future storms is it? 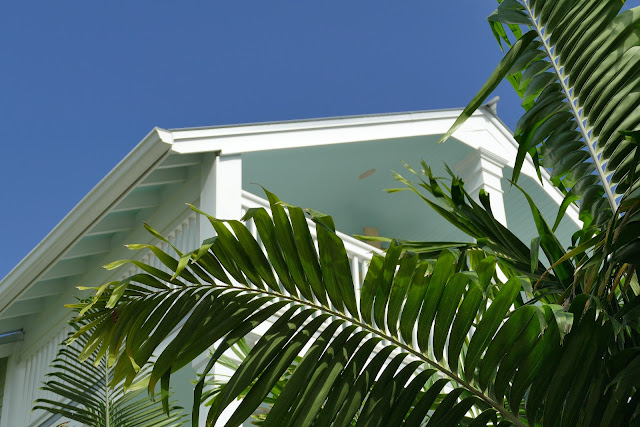 I was pondering these intangibles while ambling over the rise on Julia Street approaching Duval. It is no steep hill but in a flood it's one of those places where people in Key West wished they lived as brown nasty waters swirl up. If you have lived here through a  few floods,  and Wilma in 2005 when I was a wet-behind-the-ears 911 call taker was a doozy, you know where the dry spots tend to be. 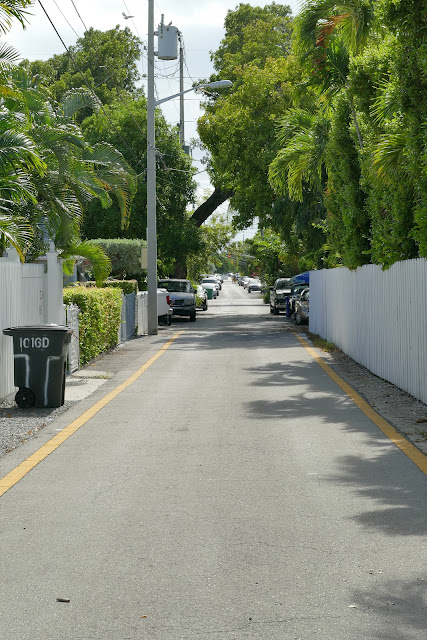 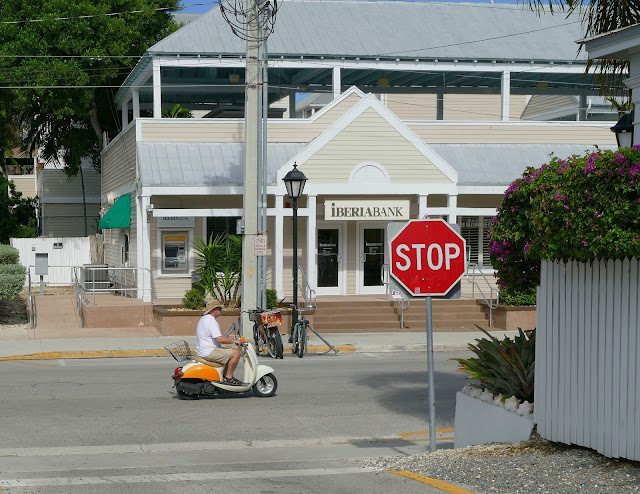 It is very interesting living at Zero Feet above Sea Level in a  time of climate change.
"Climate change took the biggest jump this year of I believe any risk that I can remember, seeing it jump from 7 percent up to 22 percent," said, Max Rudolph, fellow of the Society of Actuaries and author of the report.
Rudolph added that it's becoming harder for risk managers to avoid thinking about climate change. He pointed to major hurricanes in 2017 and the longer, more intense wildfire seasons we're seeing in the west.
"My personal opinion is that this is a case of the risk managers catching up to the actual risk that is out there," he explained.