It happened yesterday that I got an angry note from garythetourist wondering why the blog had gone dark. Because I was lazy. Because I took a seven hour road trip to St Petersburg this weekend. Because I am a cripple (see evidence below): 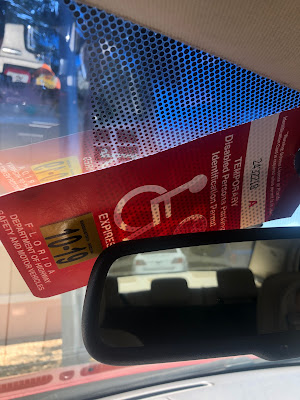 He refuted the evidence and tongue lashed me so here I am, shamed into assembling thoughts and pictures. So summer school is starting this week and the other half had the Monday off so Saturday we drove seven hours across the state to have dinner with Dale on the sidewalk. Which doesn't sound that fancy but St Petersburg isHip and Modern, unlike when I lived there and the restaurant was called Ceviche, though I avoided all mention of raw fish and ate octopus and beef and milk sponge cake. 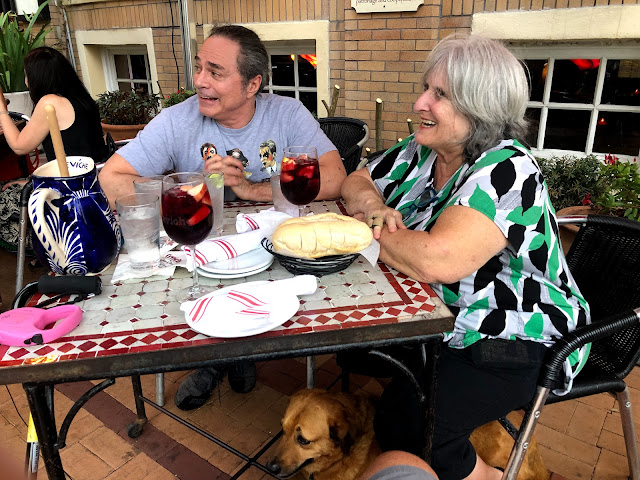 Rusty was perfect of course, sitting under our feet and keeping an eye on things as passers-by sauntered past, some even managing to ignore his  lusciousness: 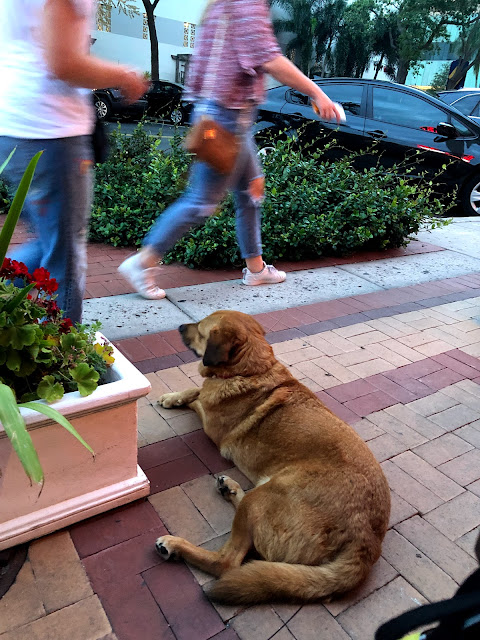 Dale and my wife shared a chocolate thing to finish but they turned their noses up at my tres leches sponge with modern meringue on the top. Give me a break, sponge and evaporated milk, condensed milk (nectar of the gods) and regular milk all in one plate and baked. That I couldn't finish it all by myself reflects on my lack of commitment to consumption and no fault on the part of the cake. Besides my dinner companions let me down. 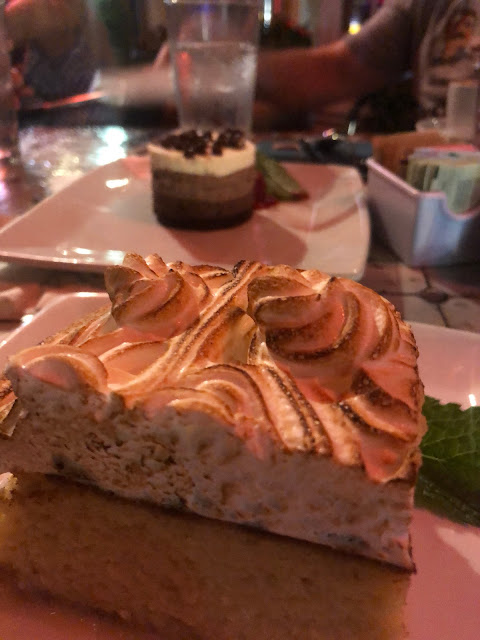 Dale was an excellent teller of tale tales which weren't actually so tall as he was one of a number of members of a secret cabal that lived in Birmingham after they all left college and lived in a place called the Kudzu Castle which really existed as I have seen it with my own eyes. A house covered in creepers. Anyway such was dinner that a sudden downpour failed to dislodge us from under our umbrella and our server was a Russian defying all stereotypes who was not short and dumpy but was tall enough I couldn't see her from end to end. Willowy she may have been but she was tough and cared not one jot about the rain. I shan't melt she said as she nearly got tangled in Rusty's leash. Dinner continued but the rain didn't. After dinner we walked and Dale drove off into the night being as how he was dogless and thus had no excuse to walk. 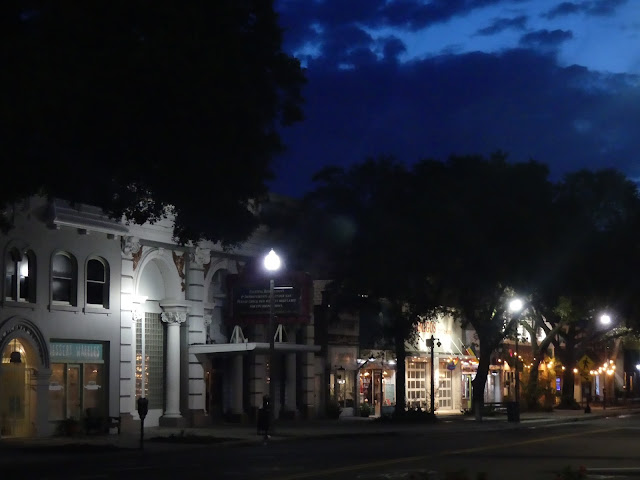 St Petersburg is a very pleasant town and anyone who brings up the past about it being an above ground cemetery or God's waiting room is decades out of date. This is no longer  a retirement community but has become a hip center of art and culture and craft beer. Color me astonished. I have seen this transformation over several years but it isn't dying down. When I lived in St Pete it was a city filled with green benches and people sitting on them. You don't see that today. 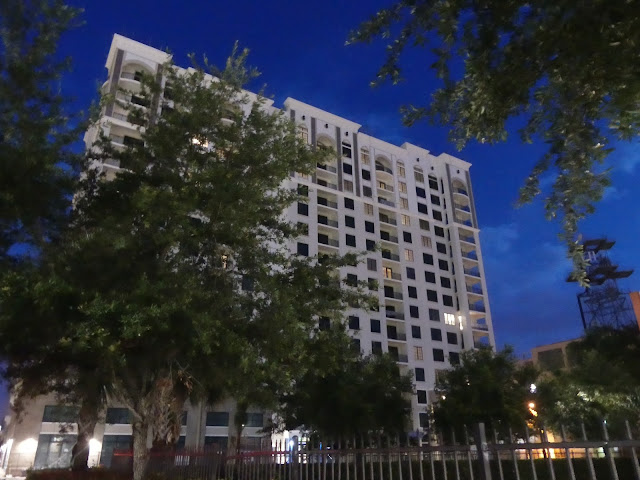 It rained on and off but nothing deterred we walked off the cake and the sangria  and returned to base camp to rough it on the 9th floor of the Hilton. 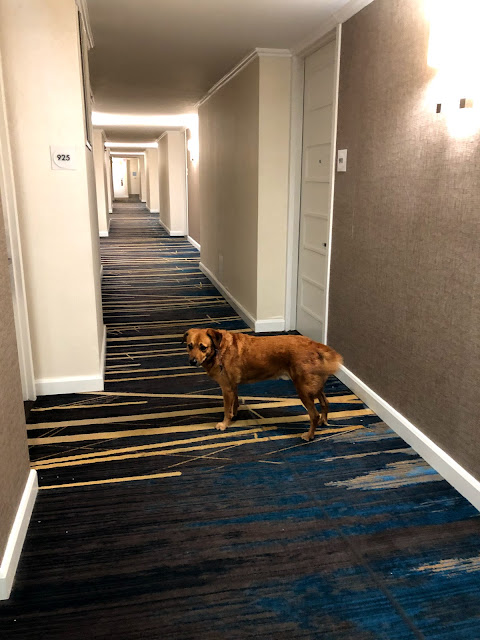 Rusty did his duty and kept his eye on my broken self as all good helpers do. 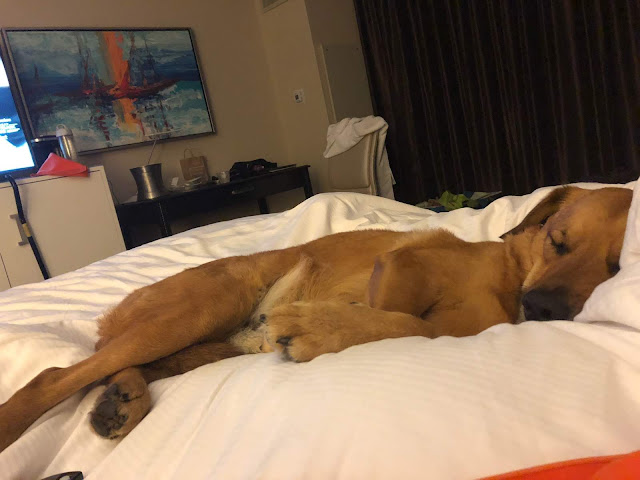