A funny thing happened in the kitchen yesterday and I am still reeling from thinking about it. The kitchen in the apartment is long and narrow more like a boat galley than an open space in a house. Thus it is I can stand in the kitchen supported only by my hands on one counter or the other. Yesterday it happened I was boiling water for the teapot when I was overcome by an urgent need. Naturally I took off for the bathroom. 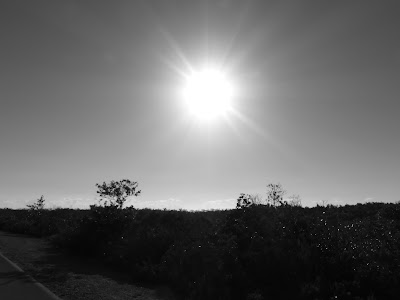 In my life as a barely ambulatory cripple messages from my body need to be heard on a  priority basis. Things like sleeping or pissing require a pretty rapid response as my body is spending inordinate amounts of time and energy still repairing broken things. Plus in the case of the bathroom I have an Inferior Vena Cava filter designed to catch blood clots which may develop in my barely functional legs and try to travel north to mess up my heart lungs or brain. The IVC filter is in my "groin" which seems to mean that area where I pee and these days when I need to pee I really do need to. I can't wait for the filter to come out in the Spring; one less lump under my skin. 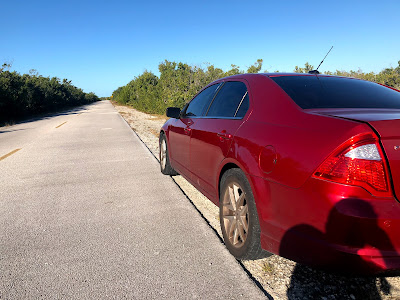 Anyway I abandoned sandwich and tea making plans and set off for the loo about 20 paces away. When my mind came out of the urinary fog I looked around for my walker to propel myself back to the kettle that was making sounds like the tea water was almost boiling. Decent tea, like Yorkshire Gold should be made with water on a rolling boil, as the water just reaches that perfect temperature and sets the whistle blowing. At home I have an old fashioned stainless steel electric kettle that switches itself off when the water is at the right temperature. In the apartment I use a stove top device that works fine but needs attention when it's ready. 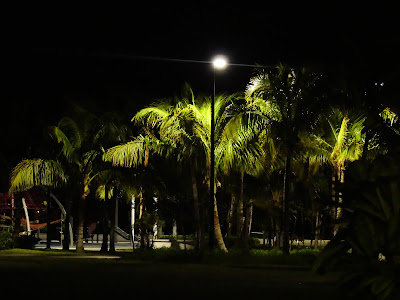 Mystified by my lack of a walking device I did the only thing I could do: I walked unassisted, only to discover my rolling walker abandoned by the kitchen. The mystery was simply solved when I understood that I had answered the call of nature as they say by walking to the toilet without a second thought. I walked. Just like that, rolling quite a bit of course, but I strolled unassisted. I was so amazed I called my wife who I figured would understand how momentous the moment. She did. 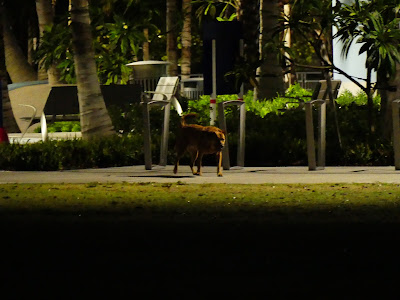 I'm not walking properly yet so I'm not yet in the market for another Suzuki Burgman but the day surely can't be far off. These early morning pictures at the newly designed park at Truman Waterfront I took with my big camera while standing behind or sitting on my rolling walker. I'm not yet able to rely solely on my legs or even my cane but I am trying to expand my ability to walk without the walker. I take my walker to the gym so I can sit during some exercises that other people do on their feet. It's helpful too when I'm in line or waiting to be able to sit because my legs aren't that strong yet. 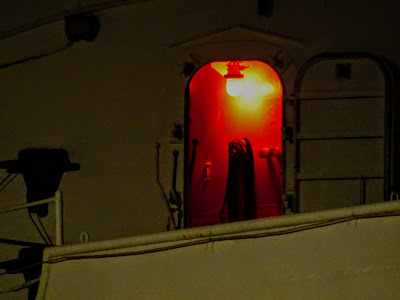 It is an odd thing how leg muscles atrophy and I have written previously about the way muscles fail when they aren't used. Bringing them back takes months and I was flat on my back for weeks after the wreck. Some days the pain is worse than others and Percocet is my companion even though my prescription is being reduced a bit at a time. I like to say my addiction is riding and I'll be happy to trade Percocet and pain for a new motor scooter. 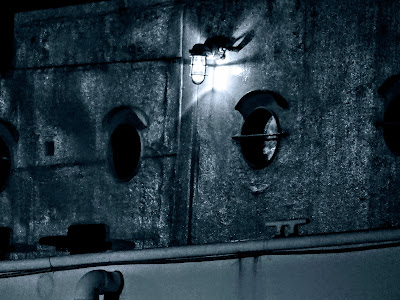 The other problem I have found is compensating for difficulties by putting weight and effort in the wrong parts of my body. My wrists and shoulders have helped support me excessively as I struggled to walk early n in the process. Lately a sciatic nerve in my left leg has been giving me more pain than my surgeries. Exercises, ice, a chiropractor and more exercise is helping and when the sciatica fades walking becomes relatively simple at least for while. Then I have to rest panting like I just completed a major feat of strength. 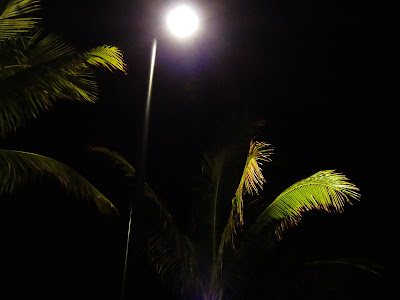 Last night at work I went into the kitchen to heat the dinner I brought from home and then I took the food to my work station. When I was ready to take the remains of my homemade blue cheeseburger back to the kitchen I looked around for my cane because that was what I brought to work last night, in light of my recent walking success... And I'd done it again. 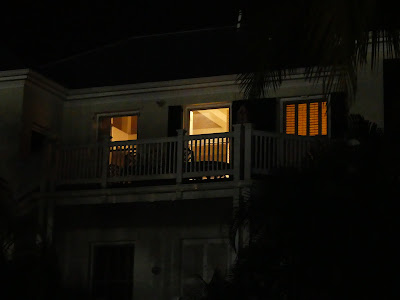 I had left the cane behind in the kitchen and I found myself walking through the dispatch center unassisted. I could get used to this. Eventually. Sooner rather than later. 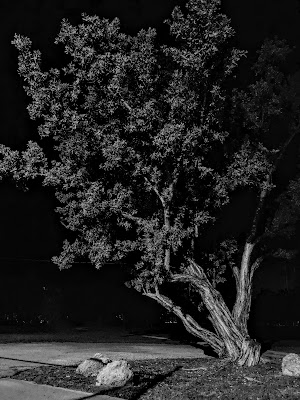