Rusty sits by my bed and pants. It takes a while but his tapping claws on the tile and his short sharp pants will eventually restore me to consciousness which in turn forces me out of bed and into the car. Rusty will tolerate delay as I gather my wits but the inevitable result is a walk for both of us. Which is why the sky was a deep dark blue and the palm was dark and of sunshine there was none to be seen. 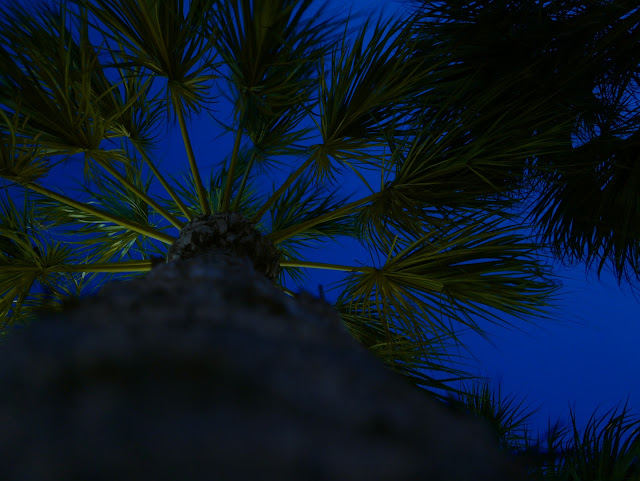 I peered inside the former Rum Barrel closed well before the epidemic. Like so many of us stuck indoors for most of our days I had been studying and thus learned a new trick. To get a picture through dirty glass put the lens right up against the glass and let the autofocus take care of the rest. To my astonishment it worked. The Internet was right! I cannot say the picture of the disheveled interior of the former bar is anything memorable but the fact that the shot worked impressed me no end. 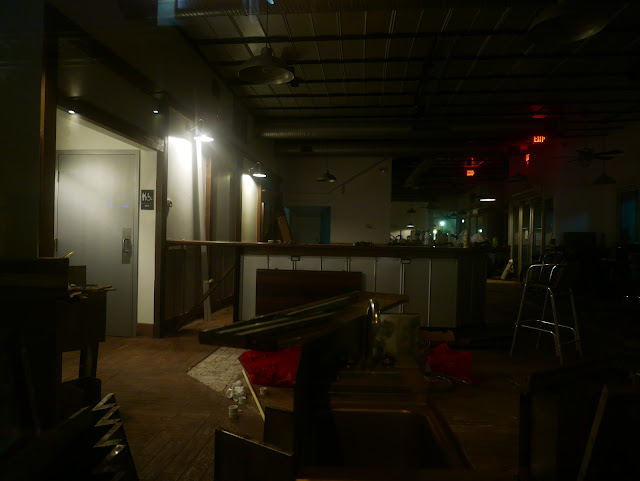 Had it not been closed the ice cream parlor up the street appealed a lot more.  I miss the possibility of a spontaneous stop during. walk, the pause to buy. coffee or even an ice cream on a whim. I'm not saying I do it very often in normal times but the fact that the possibility is denied to me these days makes it frustrating. Yes I know, just one more first world problem. 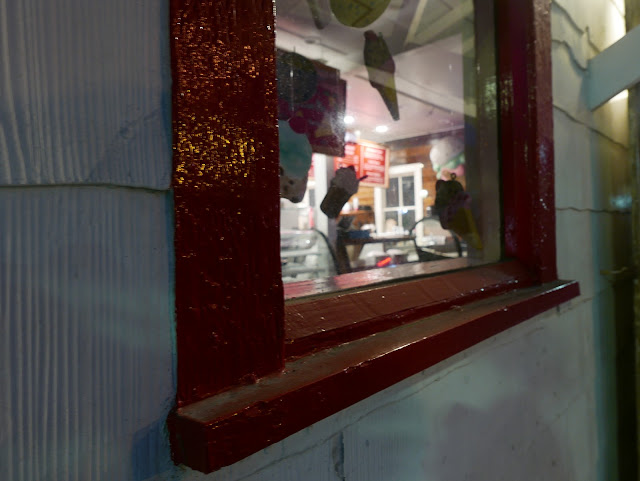 I find myself seeing patterns and making pictures that in review remind me of the emptiness of our public spaces. 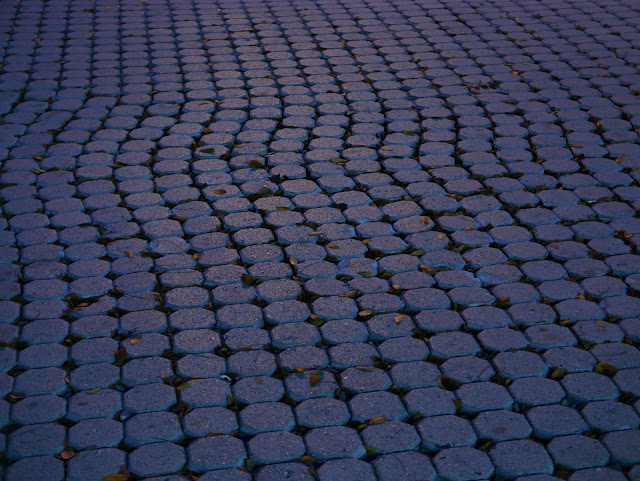 The day starting to lighten up means my little vampire buddy and I need to start thinking about heading back to the car. 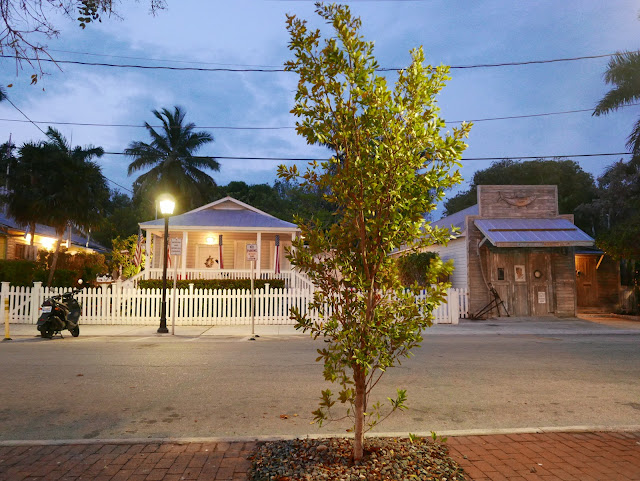 I think it was a quesadilla but whatever it was he found it irresistible which is odd as he never scrounges. I call it channeling Cheyenne because she was the master of scrounging food in the streets, never missed a thing and never suffered for her poor taste in scraps. 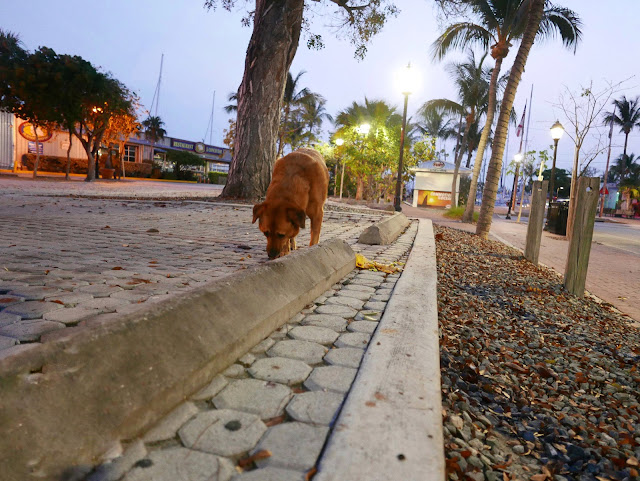 I am amazed these lobster pots survive. Part of the lease at Conch Republic Seafood involves supporting local fishing  activities and there is a commercial boat at the dock so I assume these pots are part of that, the very rump of a formerly thriving fishing industry based out of this harbor. 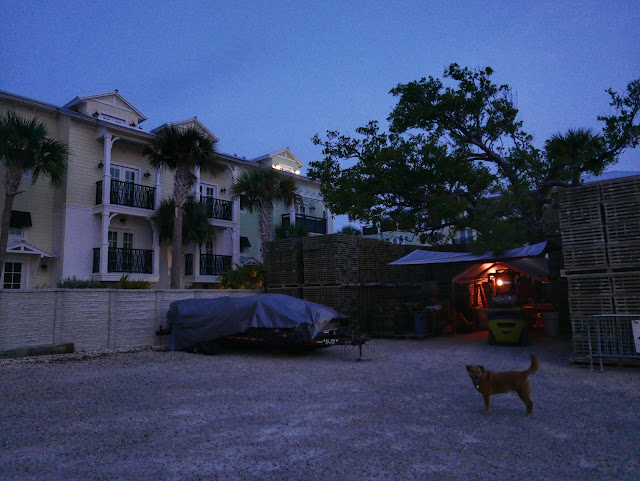 Those are million dollar townhomes behind the wall. I like the possibility of a Key West where fishermen in rubber boots work next door to homes like these. Long may it last. 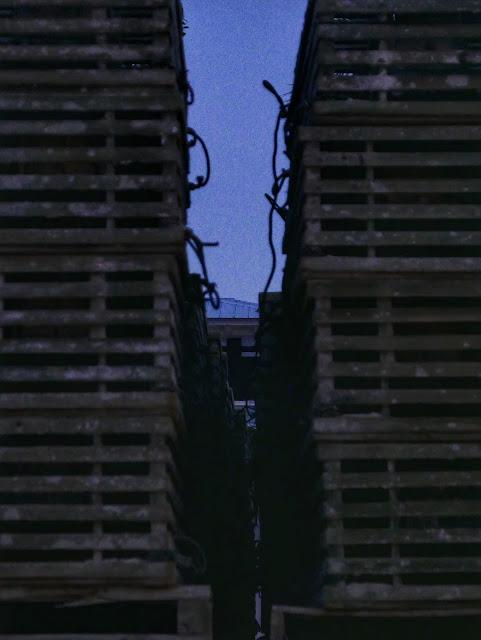 Key West is waiting probably at least until June to see life start back up.  I wonder what that will feel like. 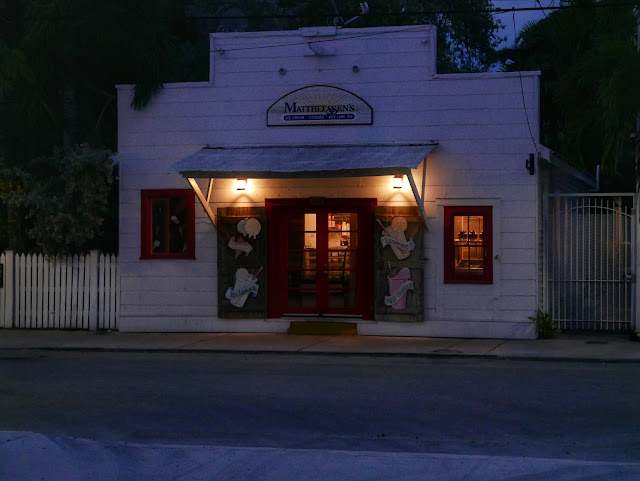