Sails On The Horizon

It was a lovely day, breezy and fresh with lots of sunshine and open skies and Rusty was full of beans so I pointed the camera  at random. Very relaxing after a night of Spring Break 911 calls. 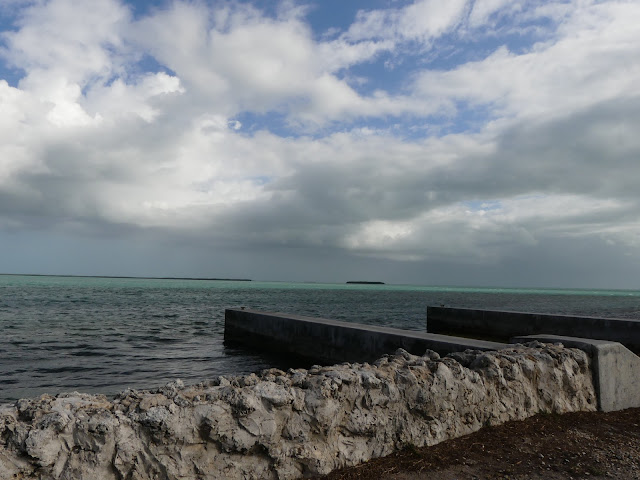 A duck, more properly a cormorant. 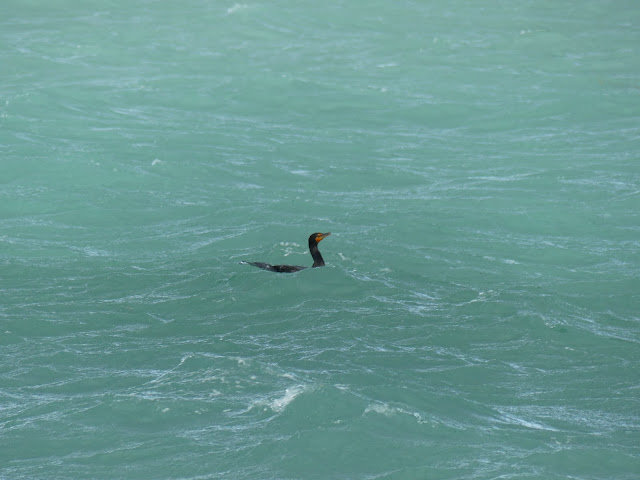 And then I saw these sails far far away navigating what appeared to be Big Spanish Channel, east of Big Pine Key and No Name Key. As you can see they were at the very limit of my camera's 2400mm equivalent digital telephoto. The pictures have a grainy almost painted quality to them. 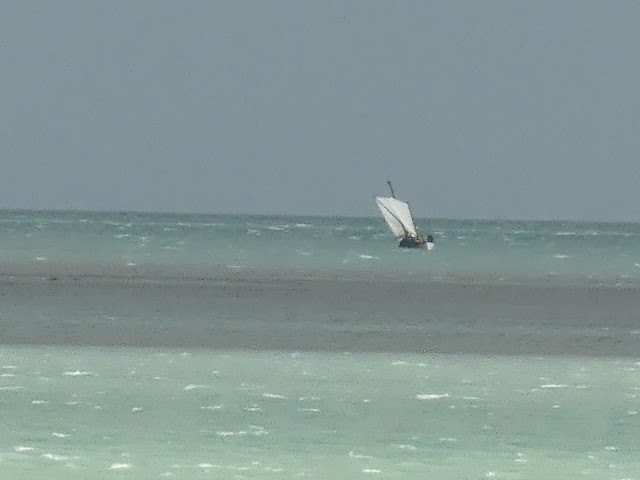 As unlikely as it seemed they appeared to be two lug sail rigged schooners, that is to say sailboats with two masts and rather unusual lug sails, which are square sails asymmetrically flown. 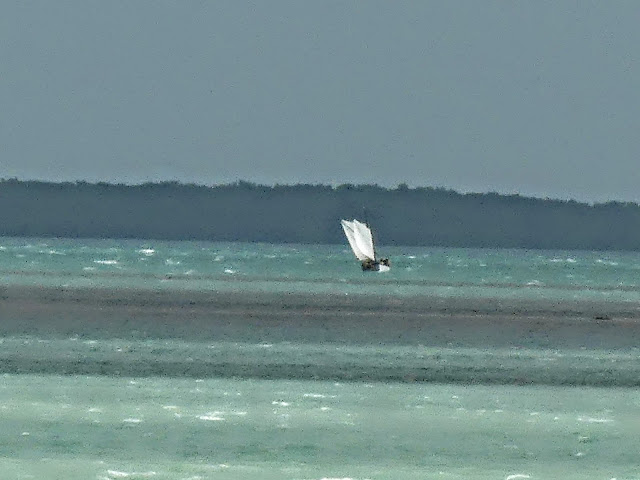 I wondered if they might not be Haitian workboats but I doubt they would have been mucking about in the distant channels had they wanted to make a quick landing and a clean getaway... 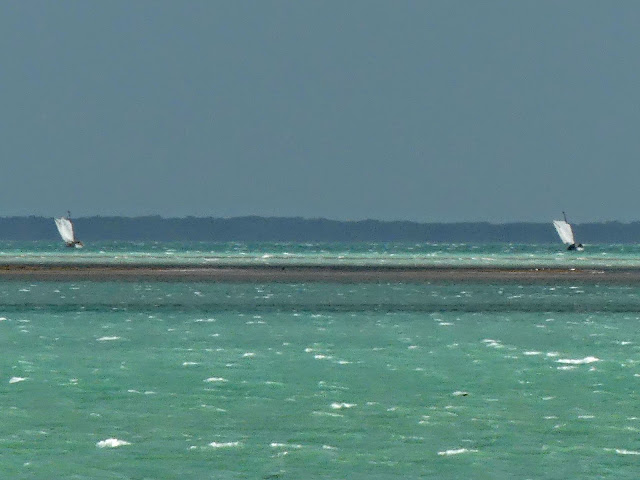 I think on mature reflection they were just recreational sailors out...recreating on this ridiculously windy day. And up in the shallow channels they had to suffer less wave action. Smart sailing. In this last picture of them before they disappeared you can see what appears to be two lug sails on two masts: 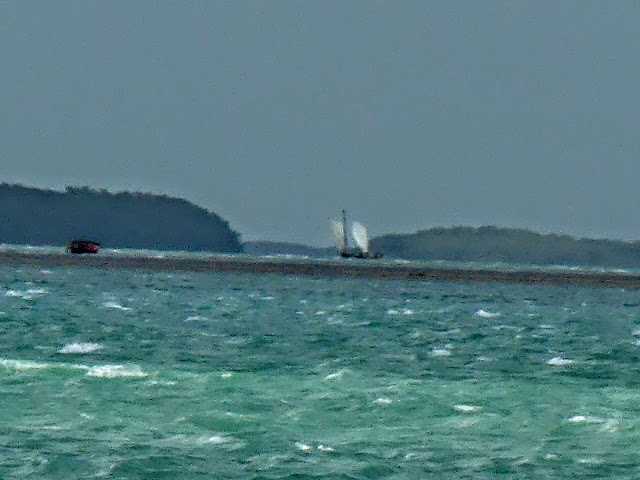 I was standing in the shade looking out across the water. 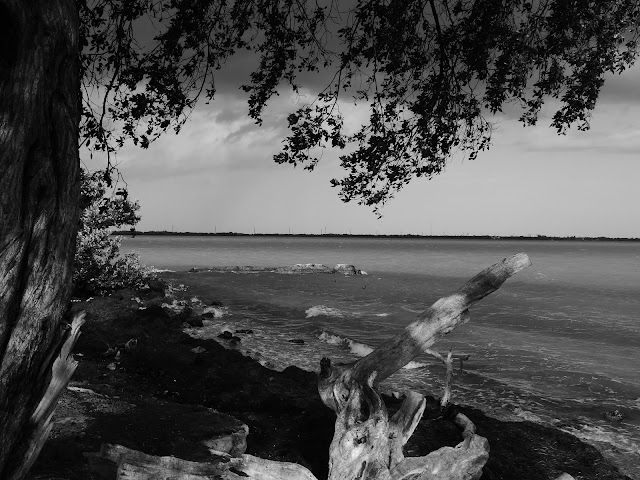 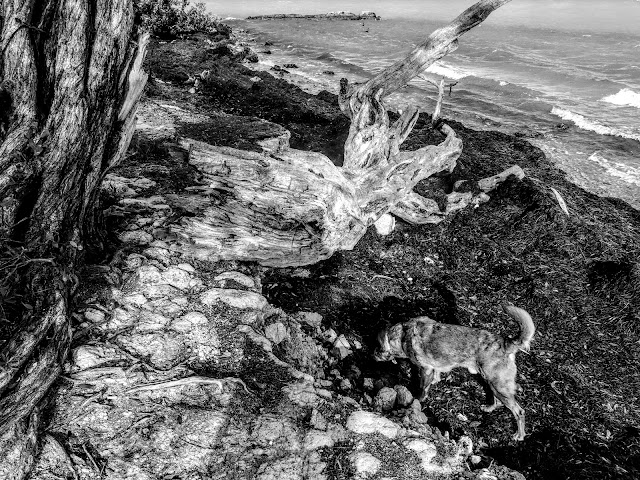 I labelled this picture on Instagram as "Joe Cool on the prowl." 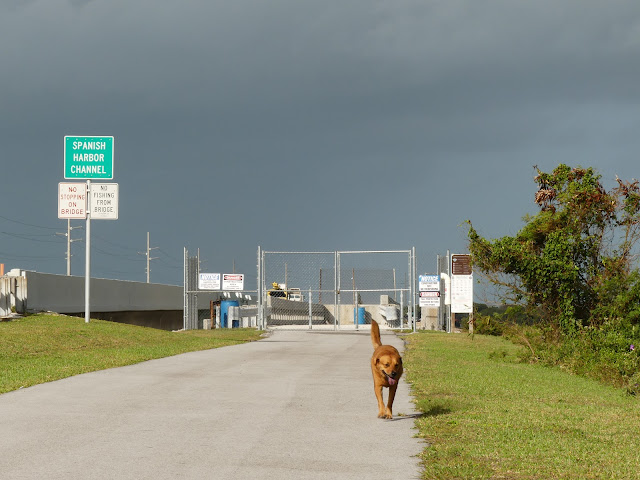 Great dog, great morning, fine company my Rusty.
Posted by Conchscooter at 12:00 AM No comments: