I confess I was surprised when I recently visited my favorite diner and found all sorts of strangely out of place upgrades, if you can call them that, at El Mocho. Right up front the door has writing on it! With a seagull motif! Very cool. 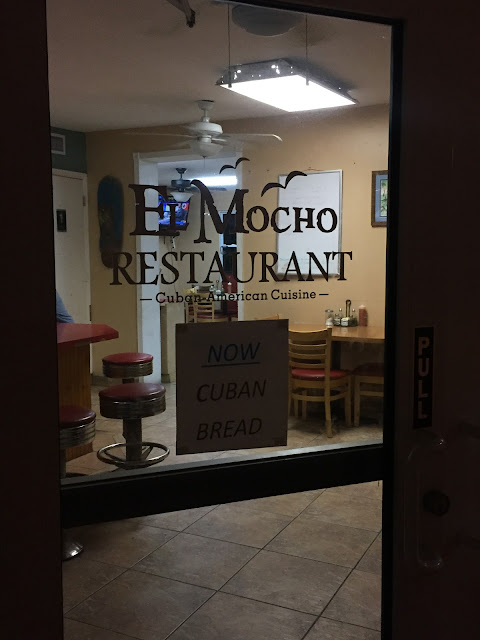 We got a bilingual menu, though I was pleased to see there was still a  whiteboard on the wall with some extra dishes scribbled on in faded ink.  Oh and check out the credit card logos. That's new. 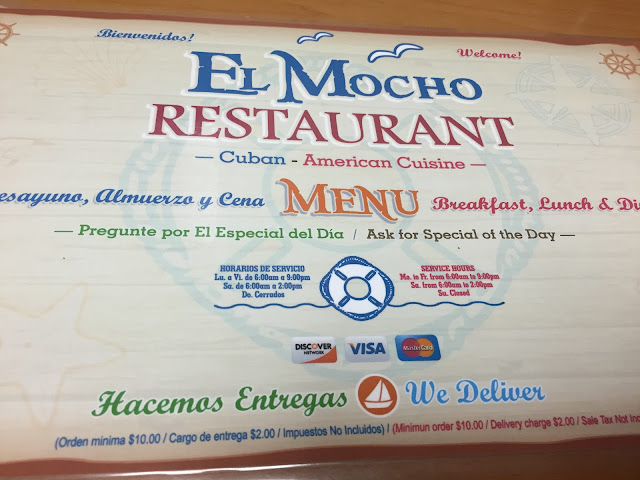 I took this rather crappy picture of the extension with a new dining room and not one but two televisions hanging off the wall. I hate eating with television glaring down on me so the original dining area suits me better. You can also see the whiteboard in this dreadful picture I snapped: 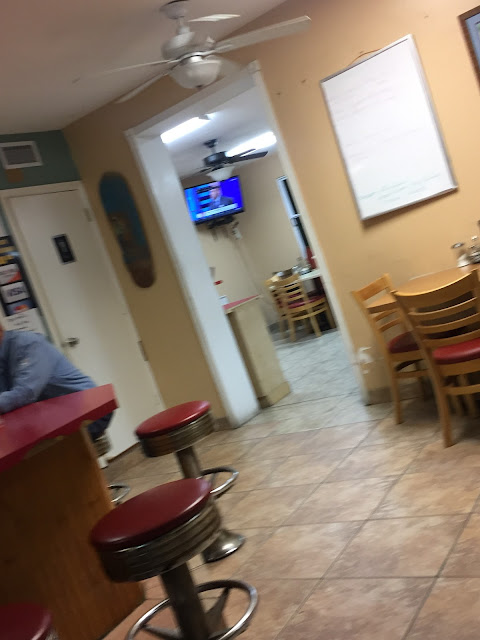 Some things don't change. My wife got half a sugar in her con leche which I think is a gringo affectation, but the boss lady didn't bat an eye at this minimalist sugar order. I asked for a more robust one full spoonful of sugar with my coffee where a proper Cuban would get half a dozen. Styrofoam still rules even though it is destructive and non recyclable. 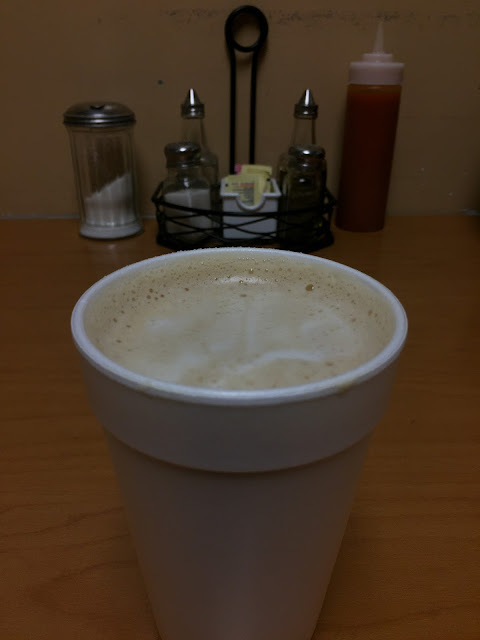 The decor is less personal now with artwork of the tropical flavor you can buy anywhere. They used to have  photos and notes of appreciation from the flyers at Boca Chica, but I think the future of El Mocho is going to be like that of El Siboney in Key West, catering "authenticity" to wealthy incomers. It's all part of the gentrification. 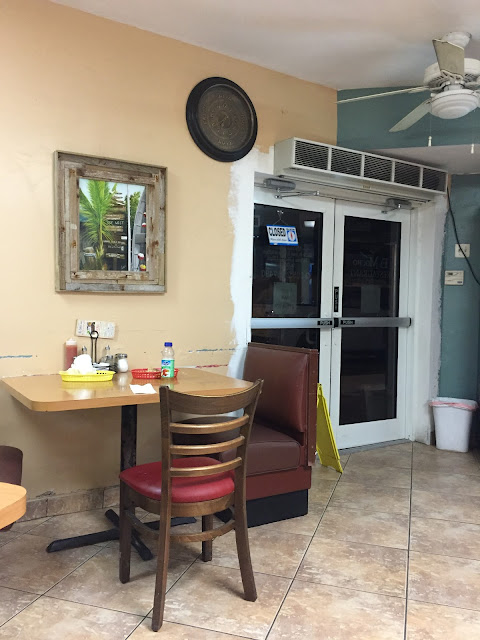 Breakfast hasn't changed and it's still less than five bucks for the basic. Grits were off as we were early, among the first arrivals so we had to settle for the pre-formed hash browns. I really like the hot buttered Cuban bread with the extra thick curly bacon and the perfectly fried eggs. It is an indulgence and is thus delightful in its simplicity and lack of pretension. 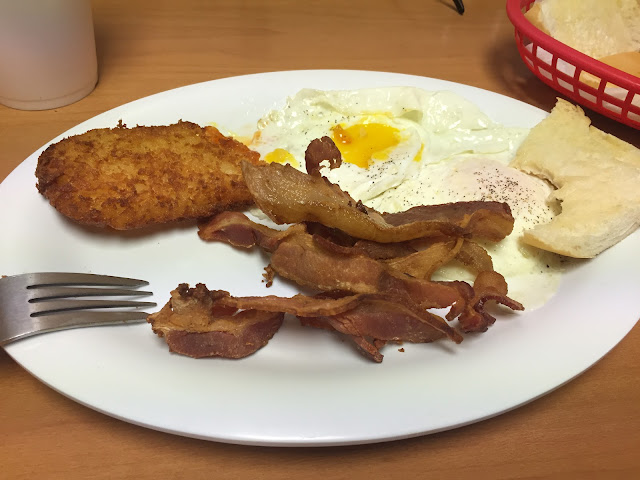 The conversation was in the usual mixture of Spanglish, an easy flow into and out of English as they discussed the weather and fishing and their neighbors. 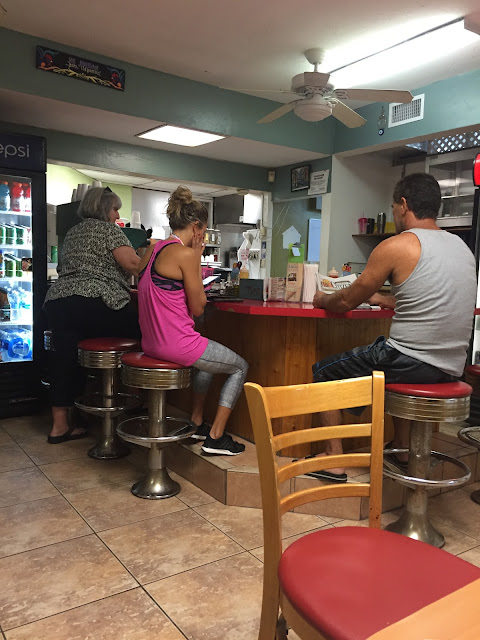 The bathrooms have gotten spruced up and that's always a big deal in middle America. El Mocho is ready for the New Stock Island! 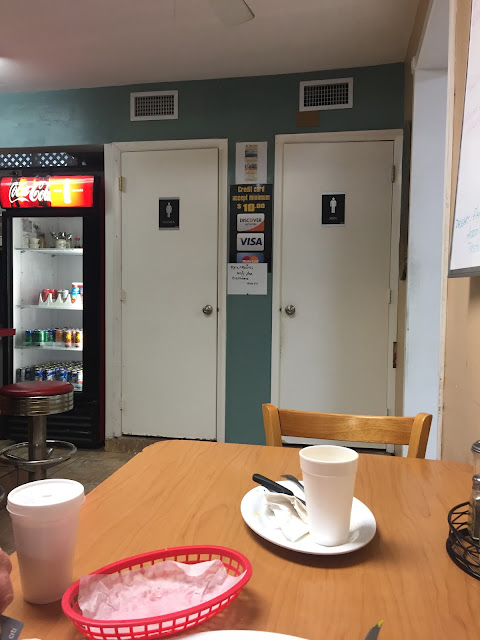 I shall have to come back on a Friday for lunch: 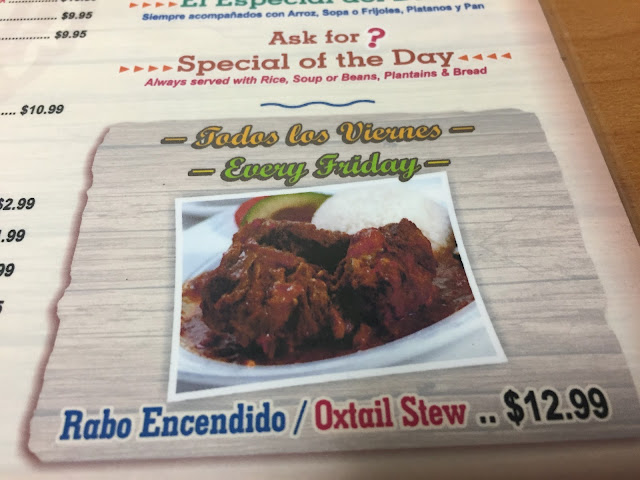