They  found a dead body floating off Mallory Square last weekend. According to the newspaper some poor bugger working on the barge spotted the man floating alongside his work site. 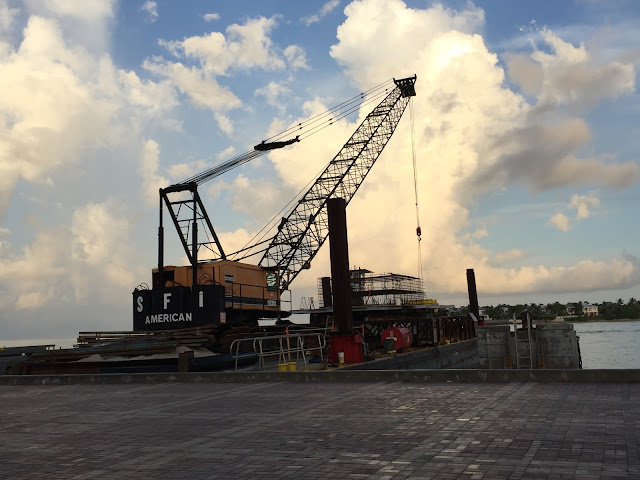 I wasn't thinking about that when I walked Rusty through Mallory Square as I have had the weekend off work and I hadn't yet read the paper. I just liked the view and the eternally hopeful angler. No idea he was dropping his hook where the poor guy died. 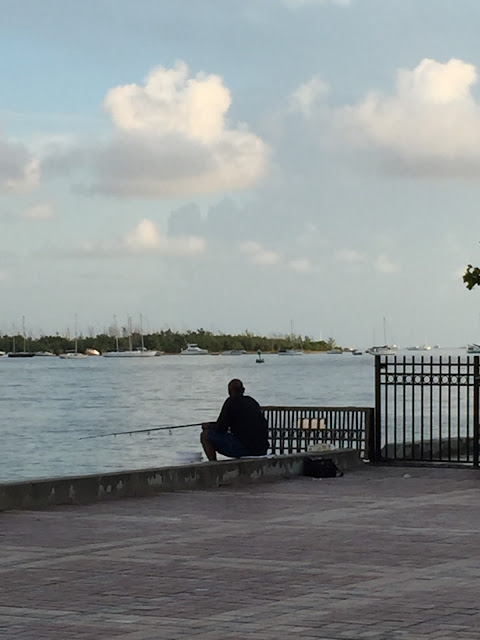 It turns out the man who drowned was a well known street performer and he got a long obituary in the paper. And then this rather impromptu and touching memorial popped up on Duval Street: 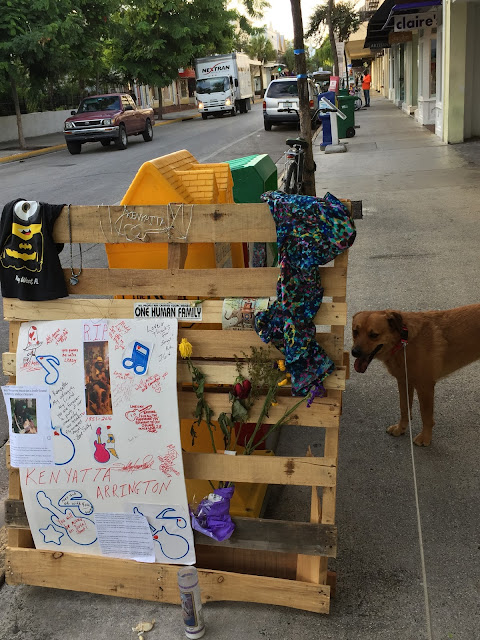 All around life goes on and I couldn't help but think about the juxtaposition of the daily banal routine, including me wandering around with dog and camera while the life of someone who contributed so much to life here was suddenly extinguished. 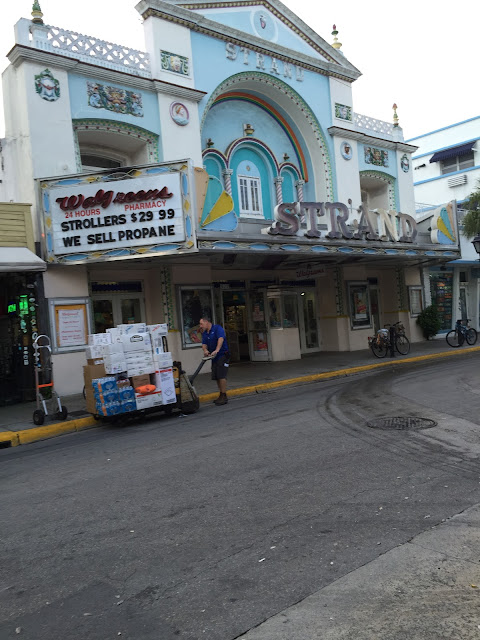 But there are still plenty of people to look at on the street. 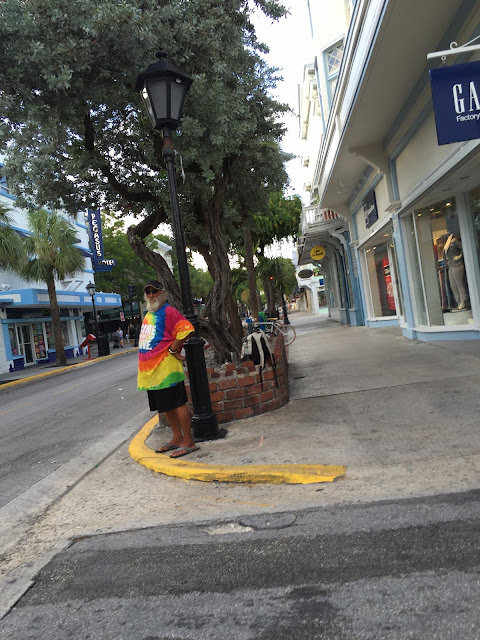 Rusty started pointing. Either a dog or a tricycle was coming...turned out it was something else he wasn't used to: a man on crutches. We had a laugh when the guy hopped up to the corner and started petting my startled dog. 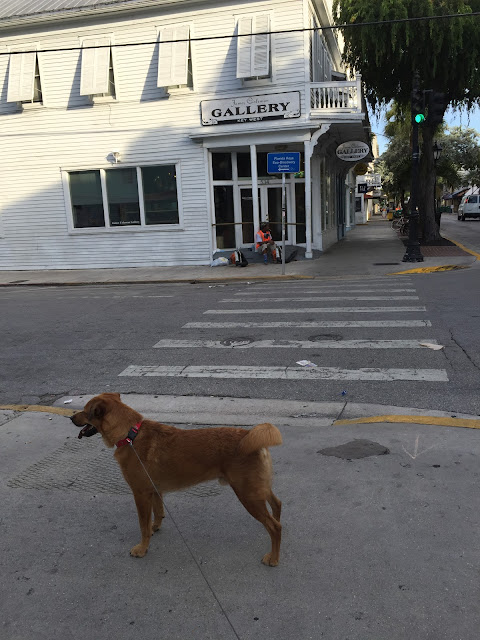 Rusty got into the spirit of the walk when he found a squashed Kilwins ice cream cone. I rather envied him the delicious vanilla Kilwin but I wasn't tempted to fight him for it. 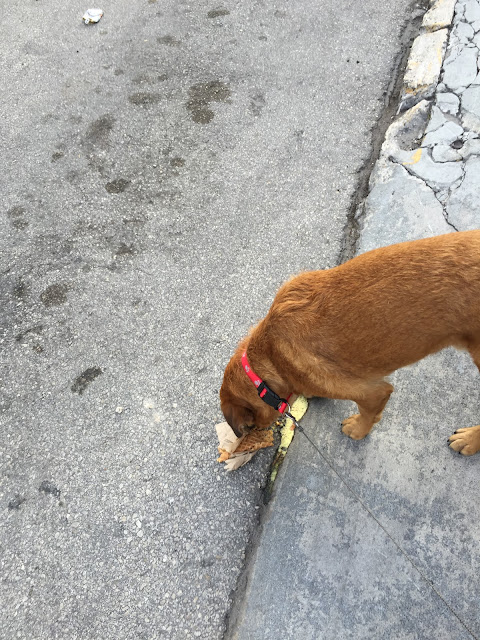 I posted this picture on Instagram and labeled it Key West dystopia - broken bicycle and zombie chickens. 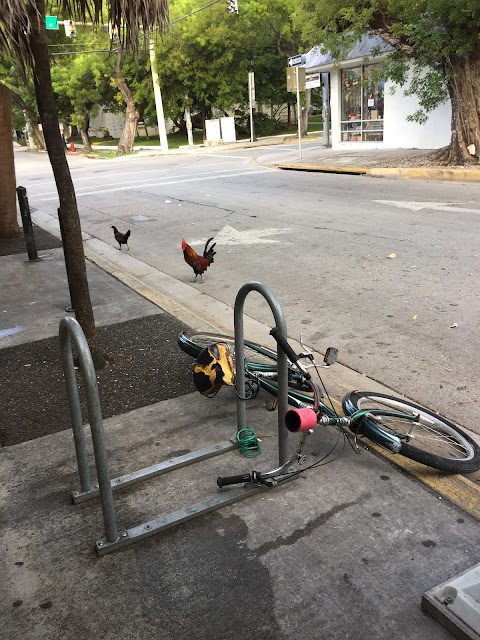 And around the corner the Green Parrot was getting refreshed for another day. 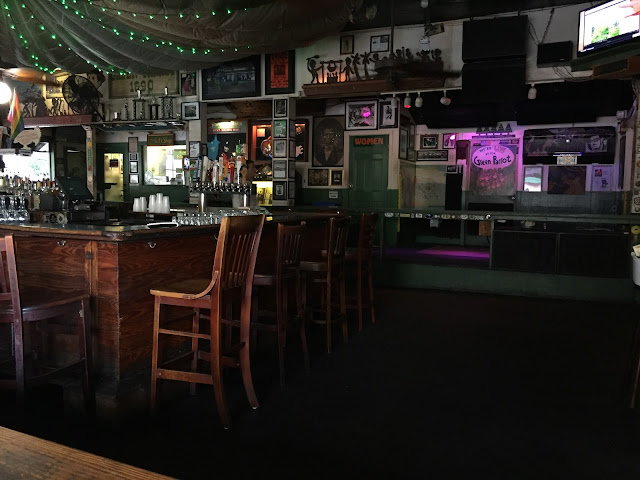 The banality of the routine made me extra glad to be alive.
Posted by Conchscooter at 12:00 AM 2 comments: