It's been too long since I went for a look at one of my favorite neighborhoods in Key West. They call it "The Meadows" because that was what it was before they built over the pasture. The neighborhood lies between Eisenhower Drive, Palm Avenue, White Street and Truman Avenue. Pick the 1200 block of Petronia as your Google Map starting point and you'll be in the middle of it. 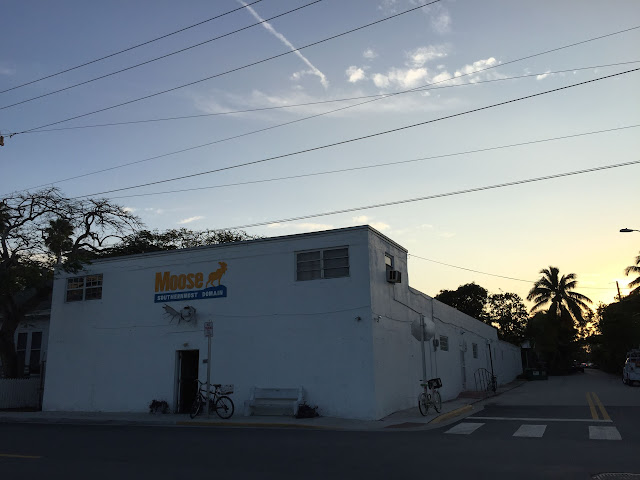 The Moose Lodge above is about the only non-residential building- that and a couple of churches ironically enough, that lie within the neighborhood. Below I took a picture of Peary Court, the former Navy housing now being rented to civilians for $2600 a month I am told, safe behind the fencing. Thus not exactly part of The Meadows neighborhood. The marina and Yamaha dealership at Garrison Bight backs up onto Eisenhower Drive: 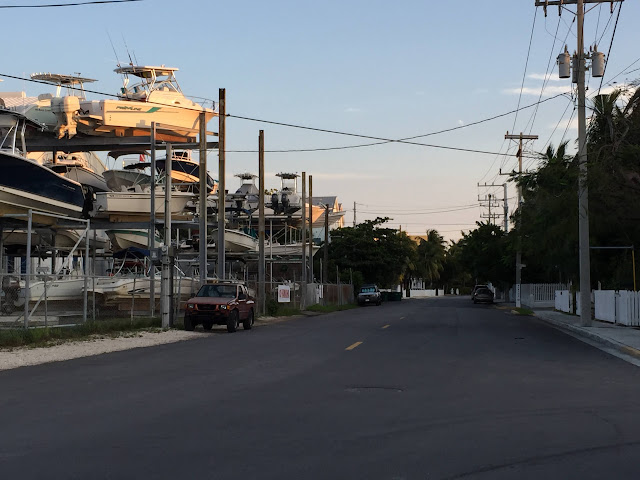 Angela Street, typical of the quiet narrow streets around here, full of greenery and dog walkers: 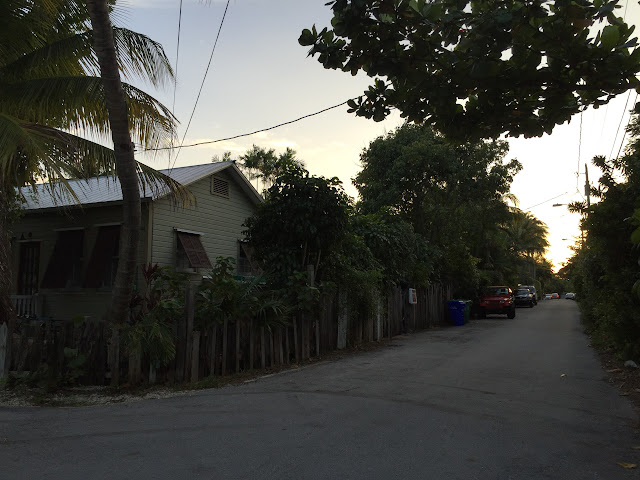 This is one of the largely unknown, unmarked lanes in Key West. It's actually Gonzalez Lane and its most prominent feature is the row of storage lockers: 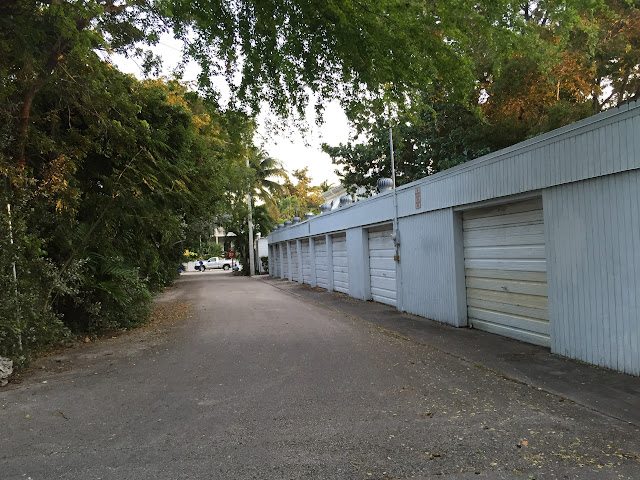 The speed limit is one I am happy to comply with as this is a very residential area without sidewalks: 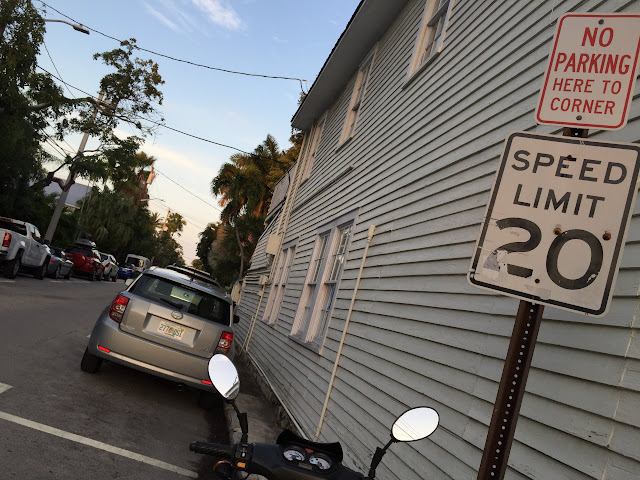 Sunset caught on the trunks: 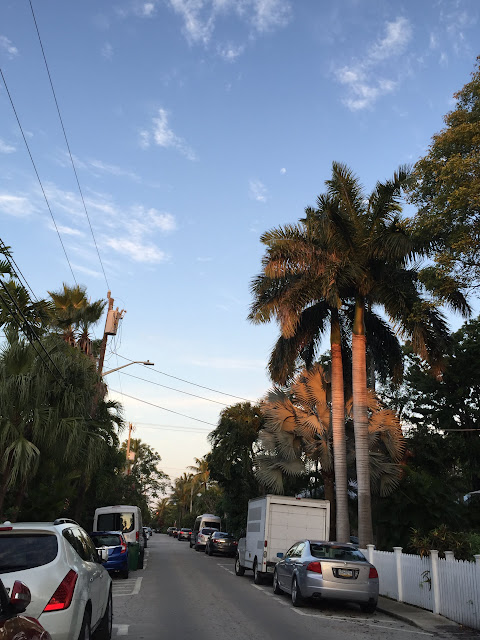 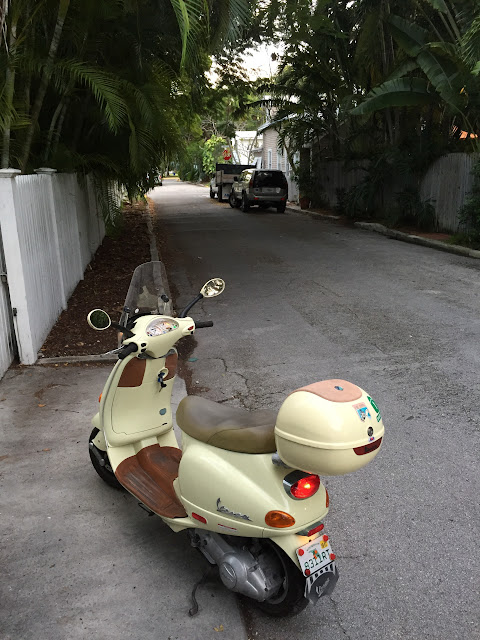 Albury Street is named after a prominent local family with ancestral roots in the Bahamas, where Albury is a well known  boat building name in the Abaco Islands. Key West has connections to the Bahamas as much as to Cuba. 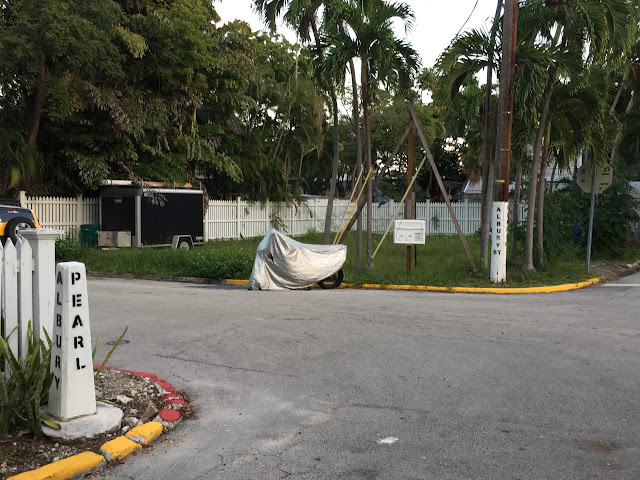 No convenience stores, few tourists, peace and quiet as much as you can hope for in this busy town.
Posted by Conchscooter at 12:00 AM 2 comments: