For some people, dare I say most people, the weekend is always the same, a clear end to the work week, a time to rest and prepare for Monday and five more days straight. My work life is not like that, not at all. My schedule in the 911 dispatch center is so complicated even my wife gets muddled up by it from time to time. 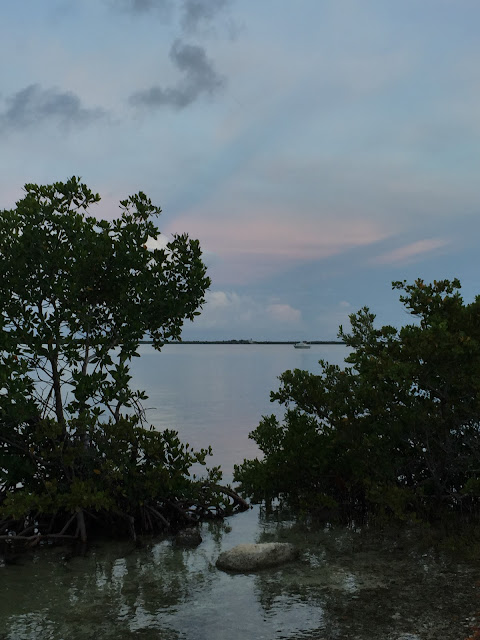 It's actually not that complicated but it can get confusing especially with overtime. I work three twelve hour shifts each week and one four hour shift. Because the city pay period starts Monday, and because I measure my week from Saturday (to fit in with everybody else's schedule) I work one "long week" with six shifts, and one "short week" with a  twelve and a four  hour shift only. And I get a three day weekend, almost a four day weekend as Tuesday I only work four hours, every other week (and work the four days every other week!). And every shift I'm not working my counterparts on night shift are so we switch back and forth covering for each other. 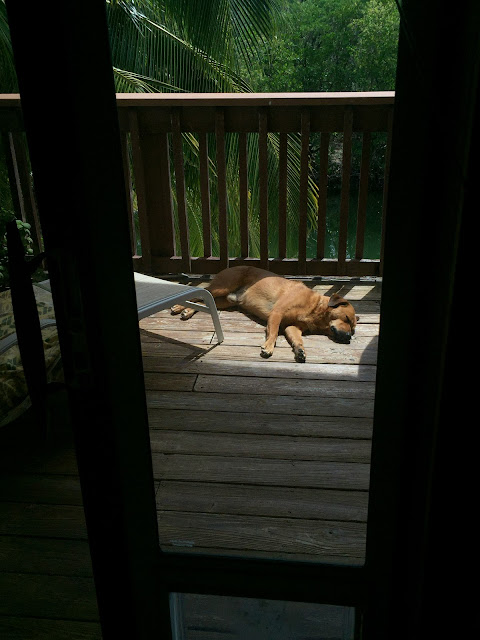 So when I get a weekend off I try to spend Saturday recovering with naps and doing a few chores and dinner at home because six shifts in a row are a lot. Then Sunday I am waking on a day shift schedule like normal people and I don't go back to work till ten in the evening Tuesday. Pretty cool. The result is that Rusty gets a lot of walking every other week. I wore him out last week dragging him around Key West for two or three hours each morning. By Tuesday morning he was not up for a walk thank you very much and he lazed out on the deck in the sun. A sun day indeed! 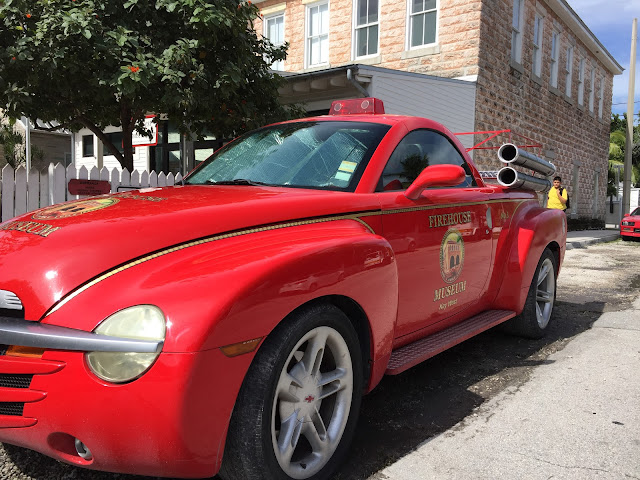 It's been a hot sticky month has September with lots of rain and high humidity. Thoughts now turn to Fantasy Fest and the hope that by November we will have had a cold front at least and maybe two because the second cold front usually is enough to break the summer heat. Newcomers to the Keys expect October to cool off but usually it's not till mid November that air conditioning starts to feel superfluous. 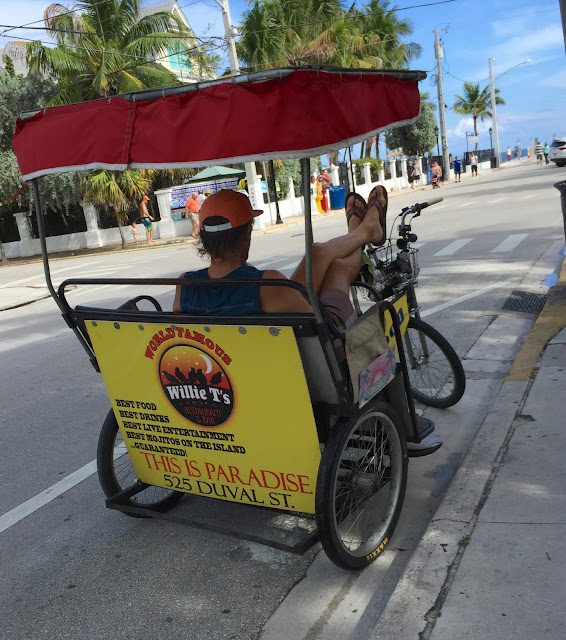 Its the time of year when European visitors own Key West, and German and French are heard on Duval Street. 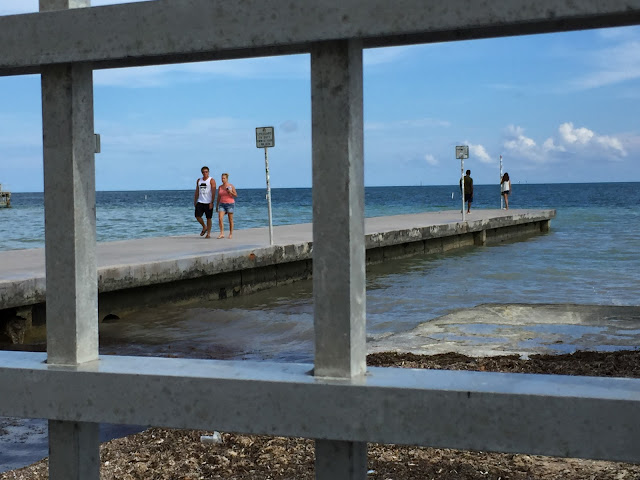 I wandered with Rusty around Duval Street a bit because I want to keep reinforcing his good behavior among crowds. When I got him in February the little street stray jumped out of his skin at the least noise, the sight of a dog or almost anything else. These days he is scared of tricycles, loud trucks and very big dogs, but he has learned to stick close to me so he is getting better. 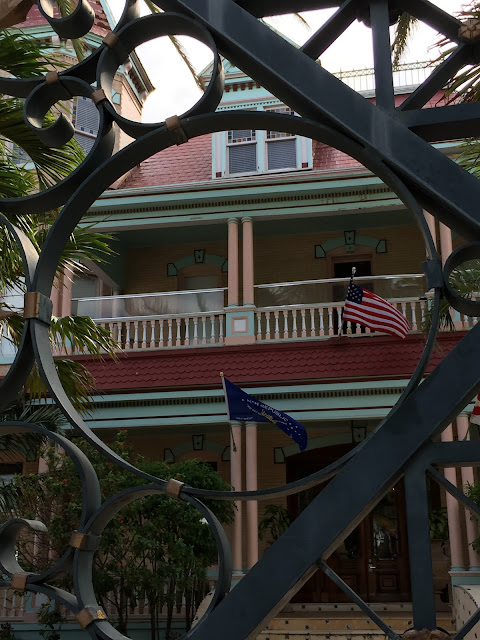 And then, when it's the other Sunday I end up here: 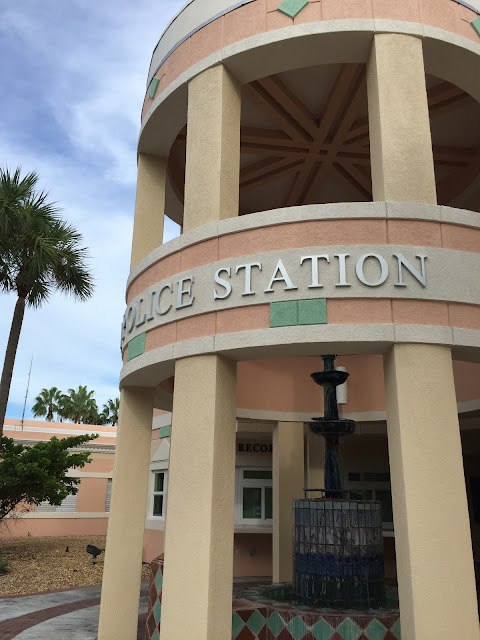 And it's not so bad. We try to have a few laughs telling stories about our short week and looking forward to our next block of days not taking 911 calls.  Every other Sunday.
Posted by Conchscooter at 12:00 AM 3 comments: