Humor me a moment and imagine you leave your house one morning to go to work. You step out and there is a weird vehicle parked on your street, half truck half RV and with a strange license plate. Foreigners! Camping! On my street? 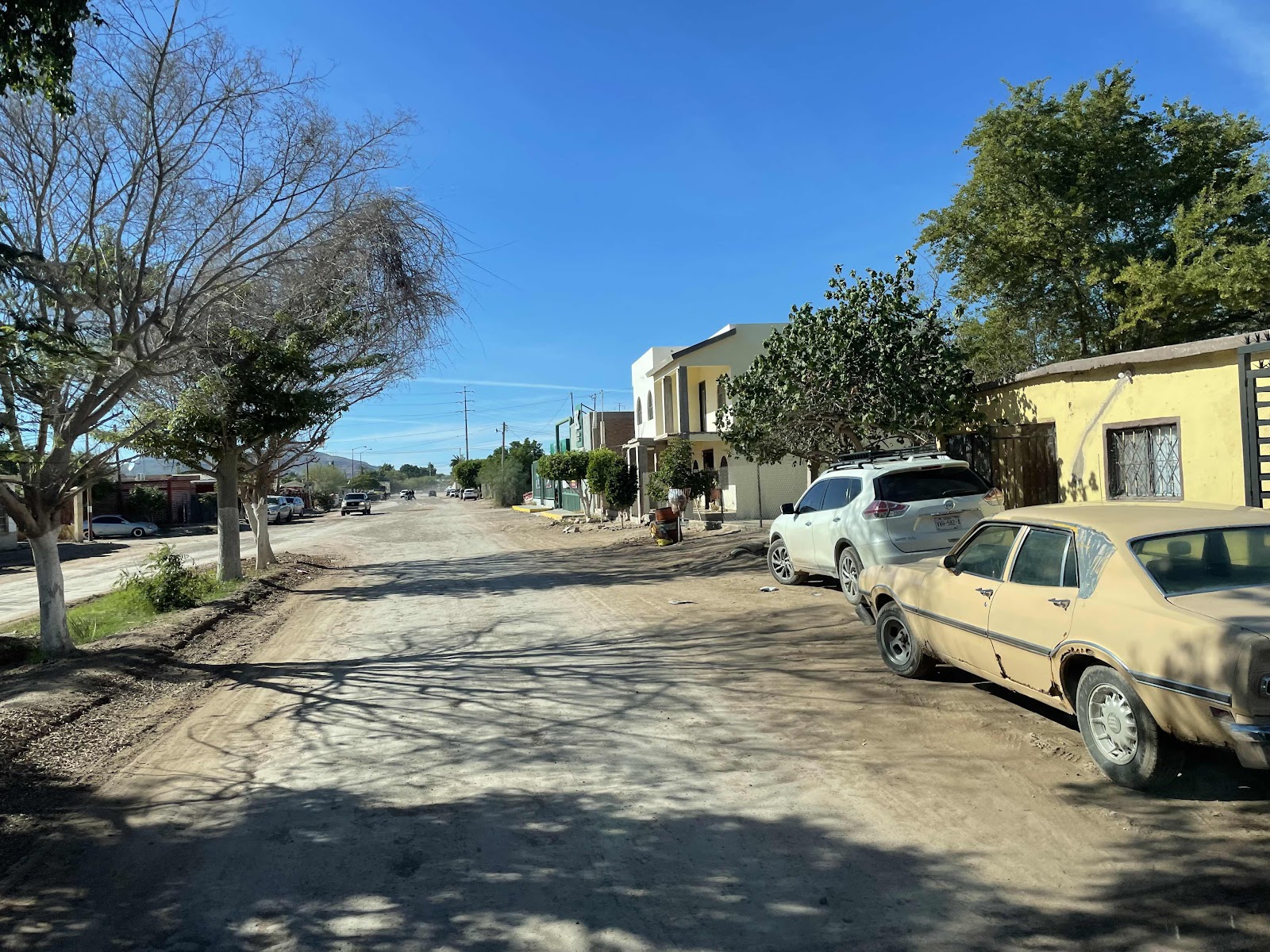 What to do? Call the police? They may move them on, eventually. If you take the electric bike off the back will anyone notice? Could you break in and kill the occupants and steal the truck? Can you drive it? What would you do with it? What would your neighbors say? In the end you’ll continue your routine I’ll bet and eat breakfast and go to work. Just like any other day. 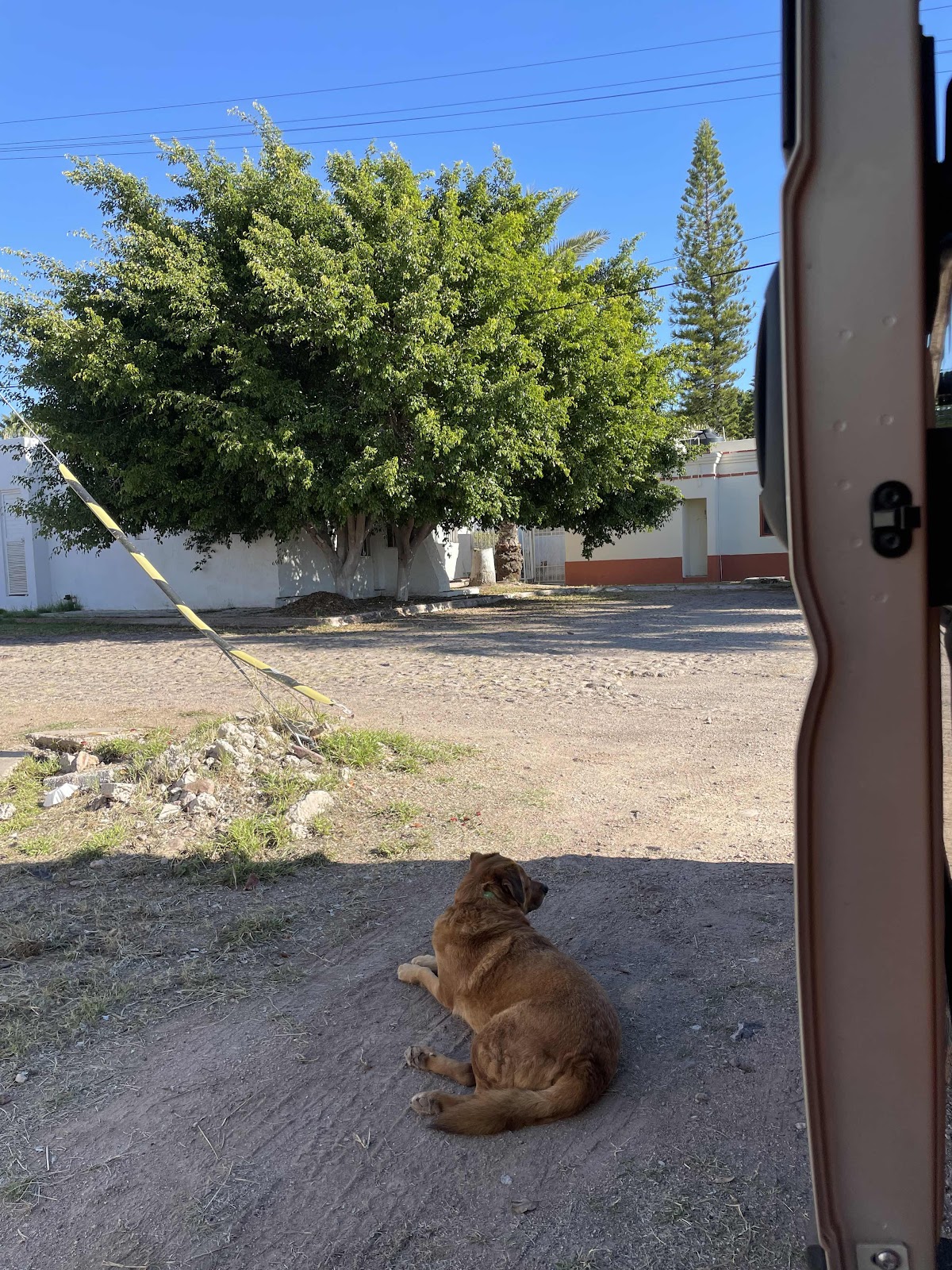 And that pretty much is what happens in Mexico when weirdos abandon their comfortable middle class community lives and take off in tin boxes to be uncomfortable on the road. I know it goes against the grain, against the negativity you read, the frisson of fear you get just thinking about it but that’s the sad truth. Narco traffickers shoot rivals. Police are bored most of the time and Mexicans are happy to overcharge you for items that in reality are pretty damn inexpensive to start with. 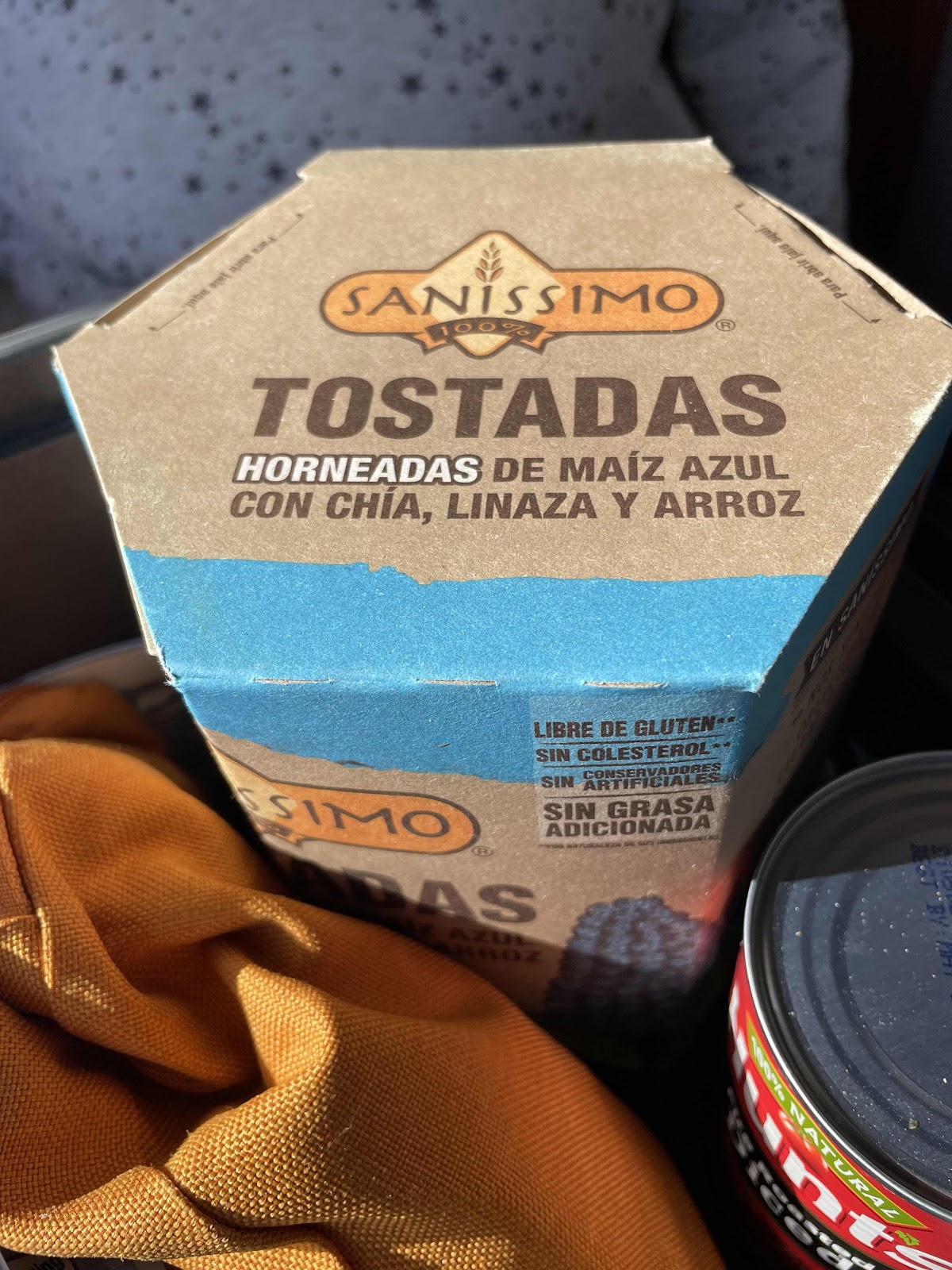 We found these tostadas (toasted tortillas) in various flavors in the stores including Walmart. They cost around 25 pesos ($1.25) and you can use them like crackers without the added salt or crumbs everywhere. Quite delicious. We were sitting around with Ron in the evening sun when a group of Americans came by. They had three dogs two of whom were owned by nervous New Mexicans who exuded a leash law vibe even though their dogs weren’t, but the third engaged Rusty to the exclusion of all else. A rather severe middle aged woman with the aura of a buxom head teacher of a private school approached and asked us what the security situation was. Huh? What did it look like as we three longed in the sun without a care in the world. 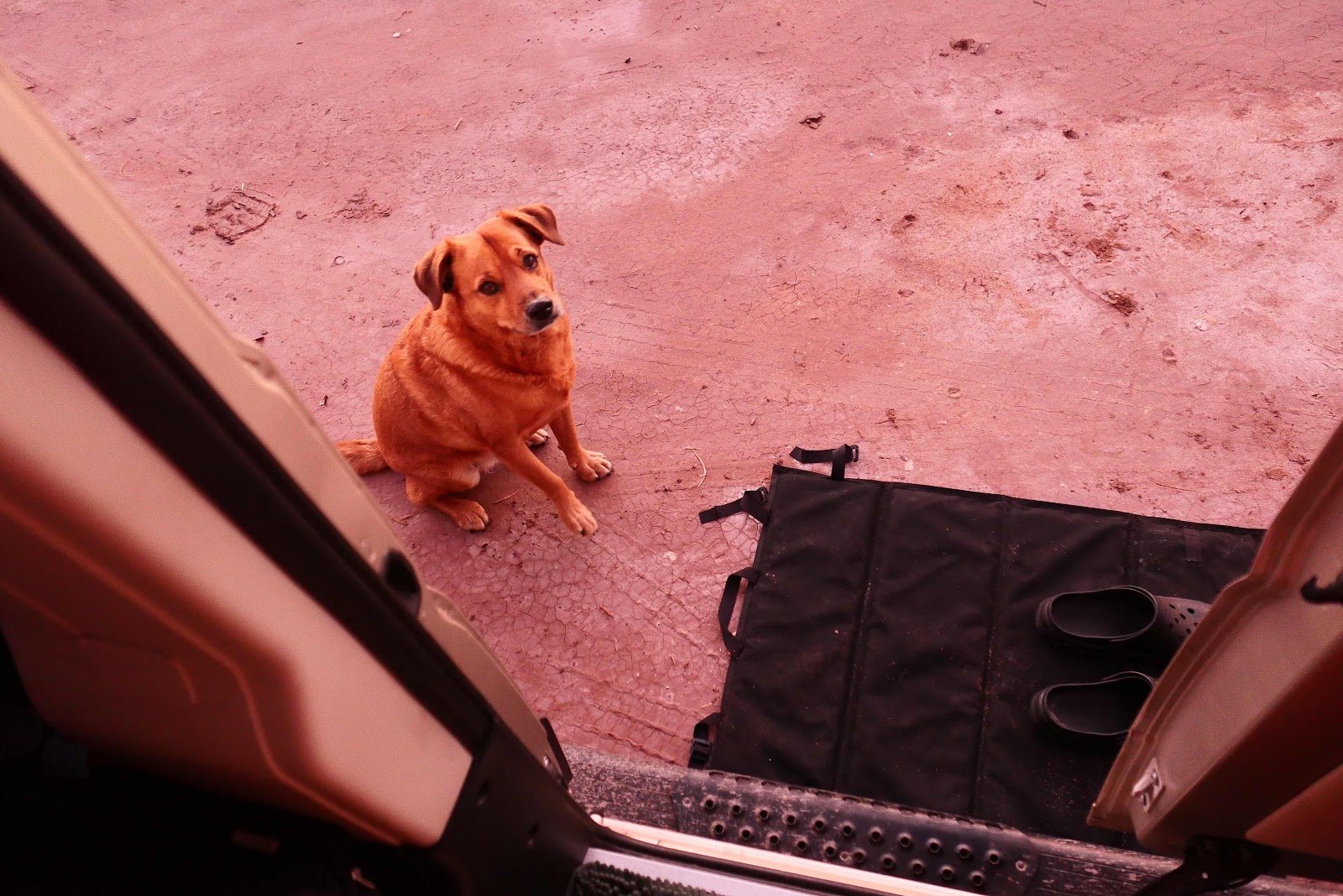 She launched into an account of petty thefts and a drunk Mexican stepping into her van at three am before being brusquely ushered out by her good self in no uncertain terms. It sounded like an average night on Duval Street when I was on night shift. This wildness it turned out on subsequent investigation took place in distant 2016. 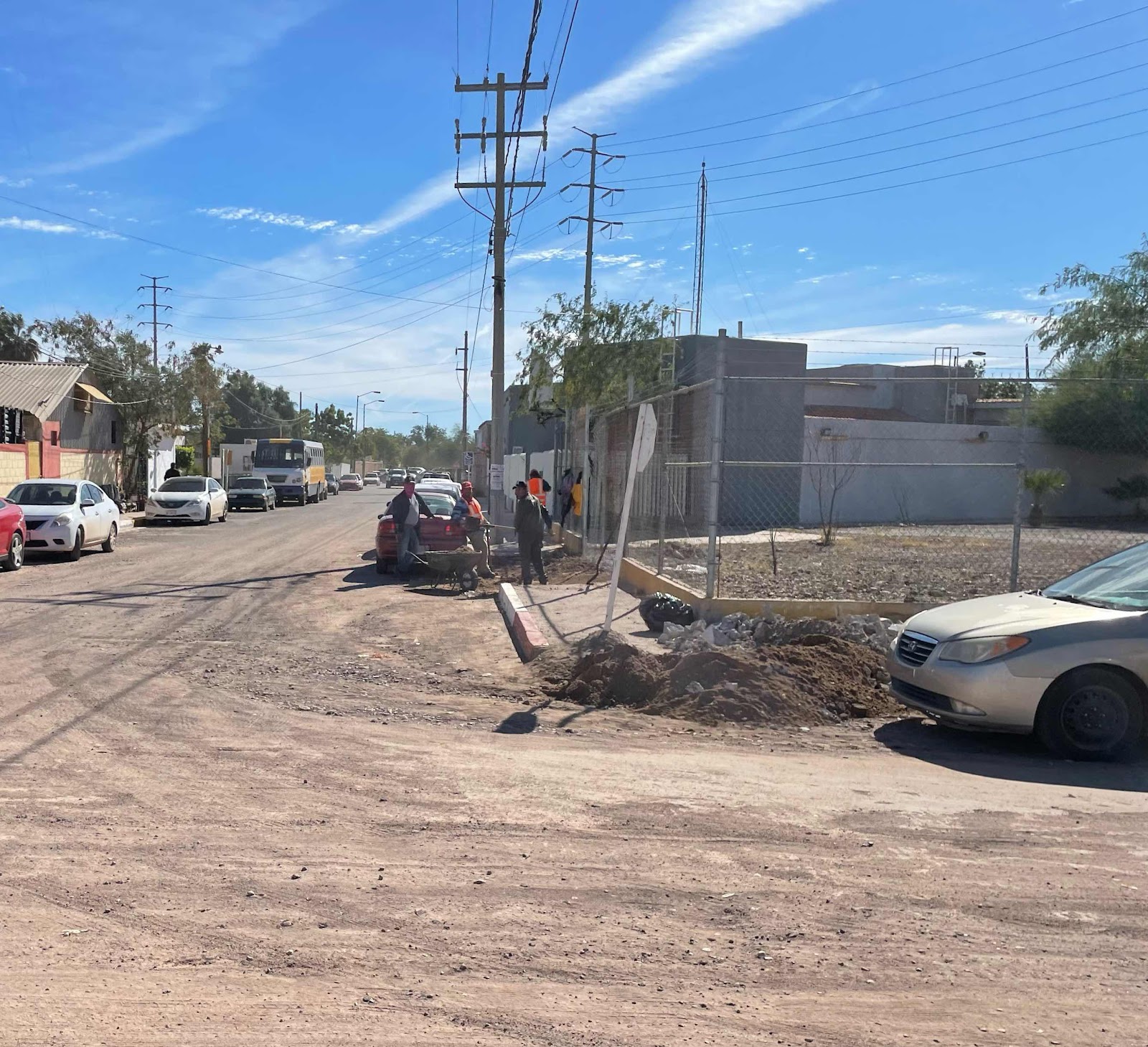 No, Ron said it’s pretty quiet around here. I said nothing but I did want to say we suffer from deafening silence  every night. Wild Mexican home invasions are apparently on the wane. 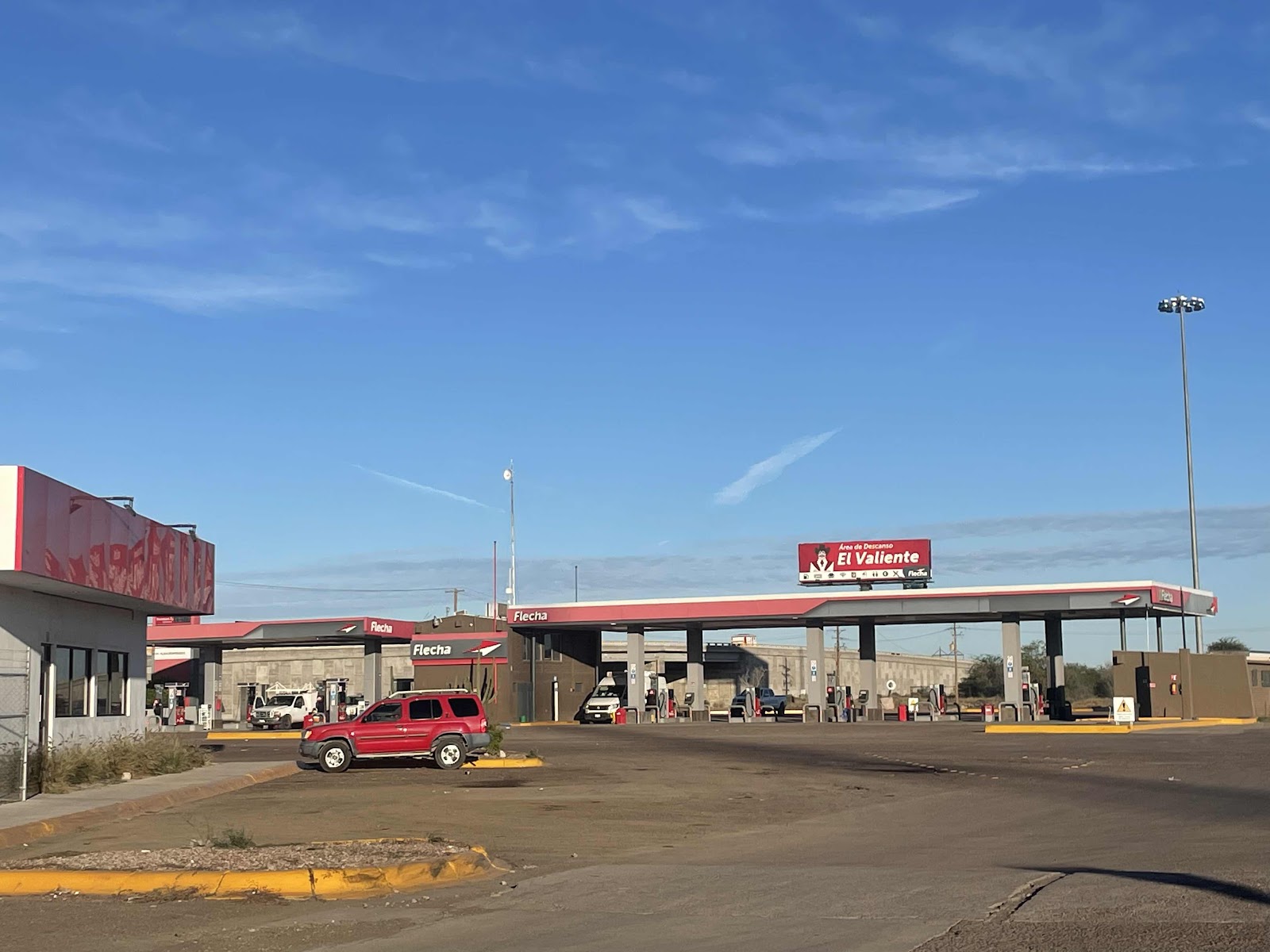 I am fond of pointing out Mexicans don’t carry out active shooter drills in their schools. They like their children. I only wished they liked their dogs as much despite the Pope’s recent suggestion that we none of us should. Personally I don’t think the woman who dropped by our camp had much situational awareness. We weren’t acting like gringos under siege that much was obvious even to my oblivious eye. 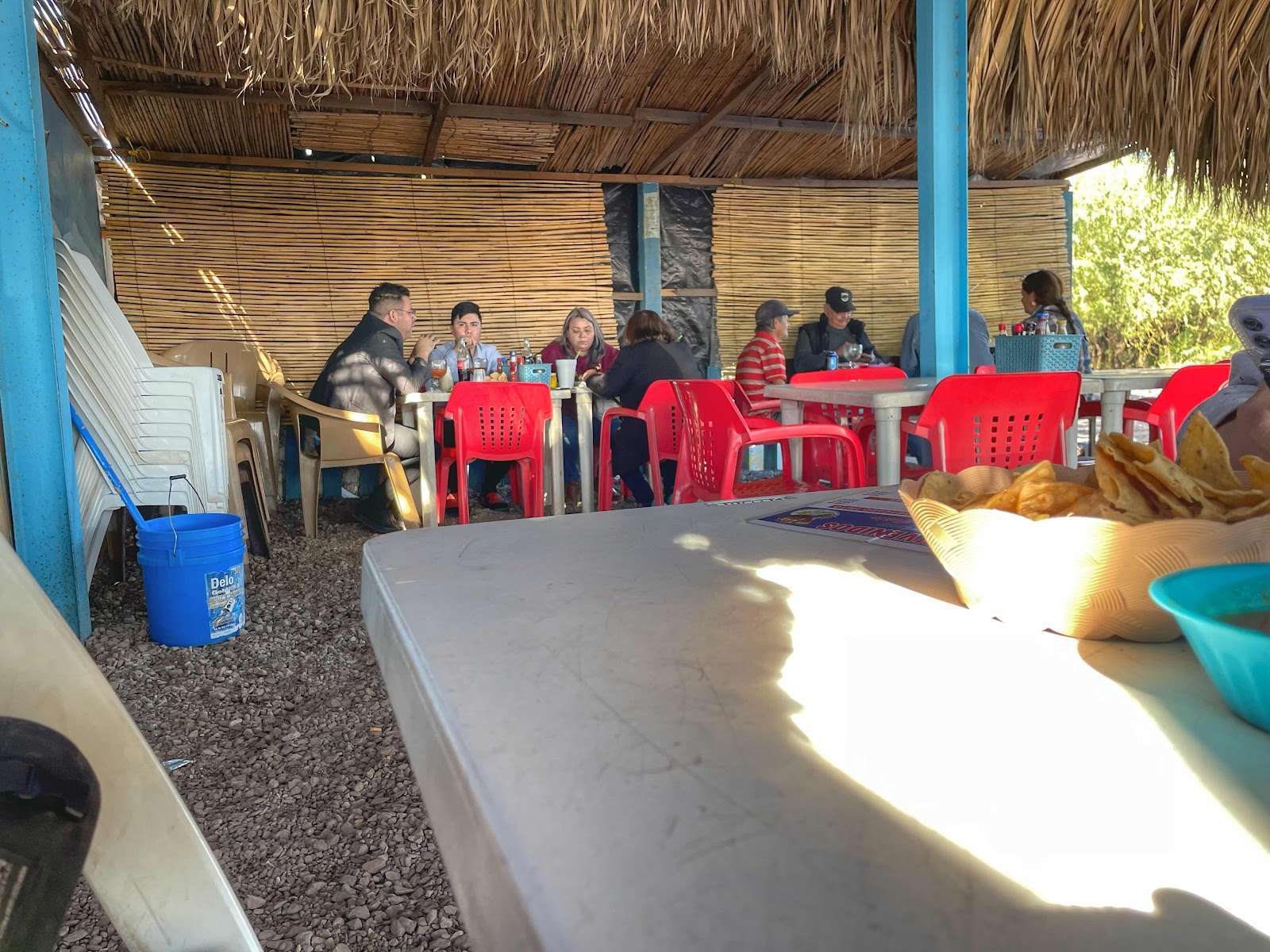 Most Americans who nag on about the dangers of Mexico are people who have never visited or old timers who came forty or more years ago when Americans drove Delta 88s and imagine Mexico is in a time trap  stuck in the same era. 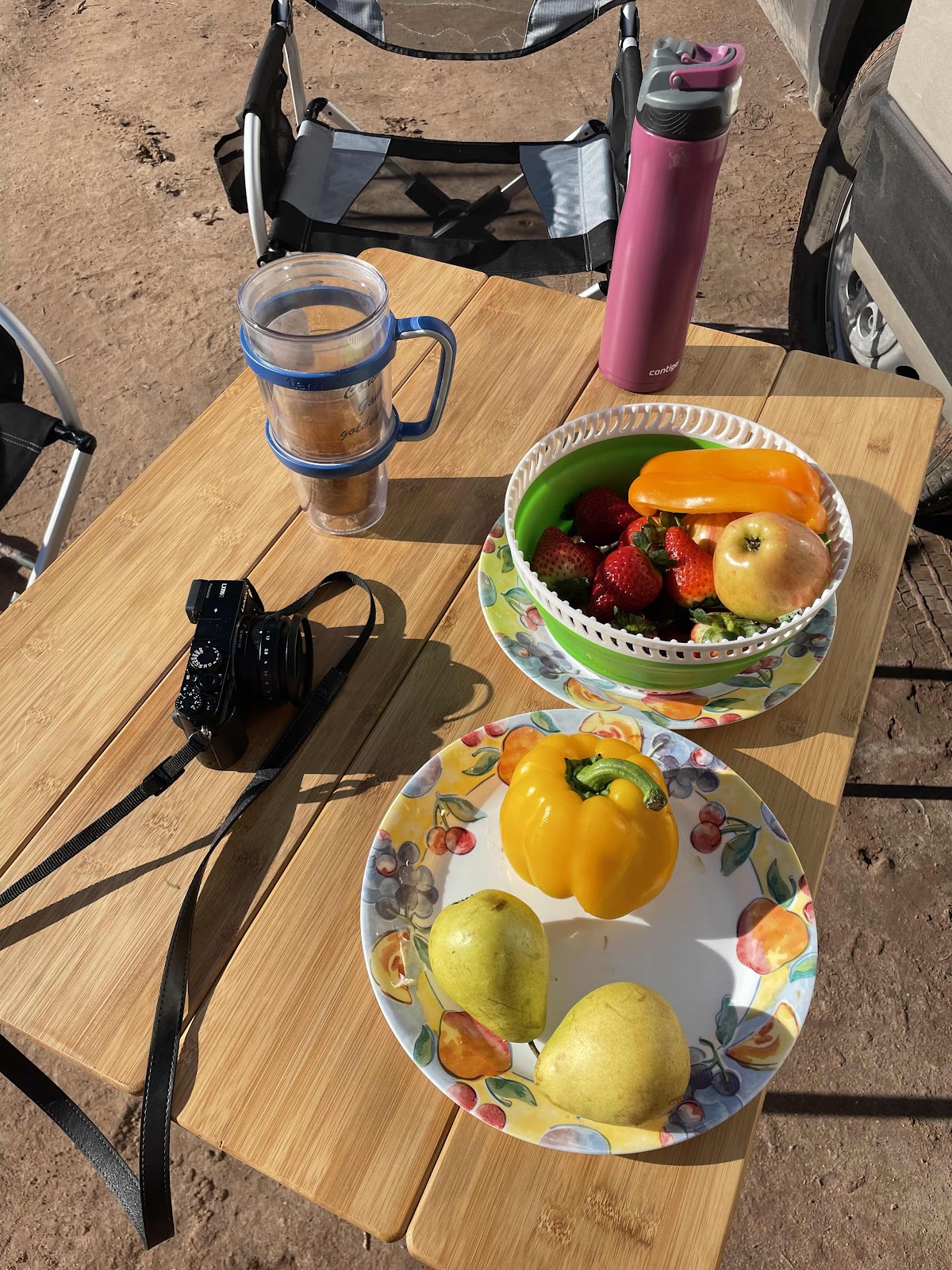 Mexico isn’t perfect and had I had my motorcycle wreck here I would most likely be dead. I may very well die here, but the idea of not visiting especially if you want to but are afraid to cross the border would be a shame. 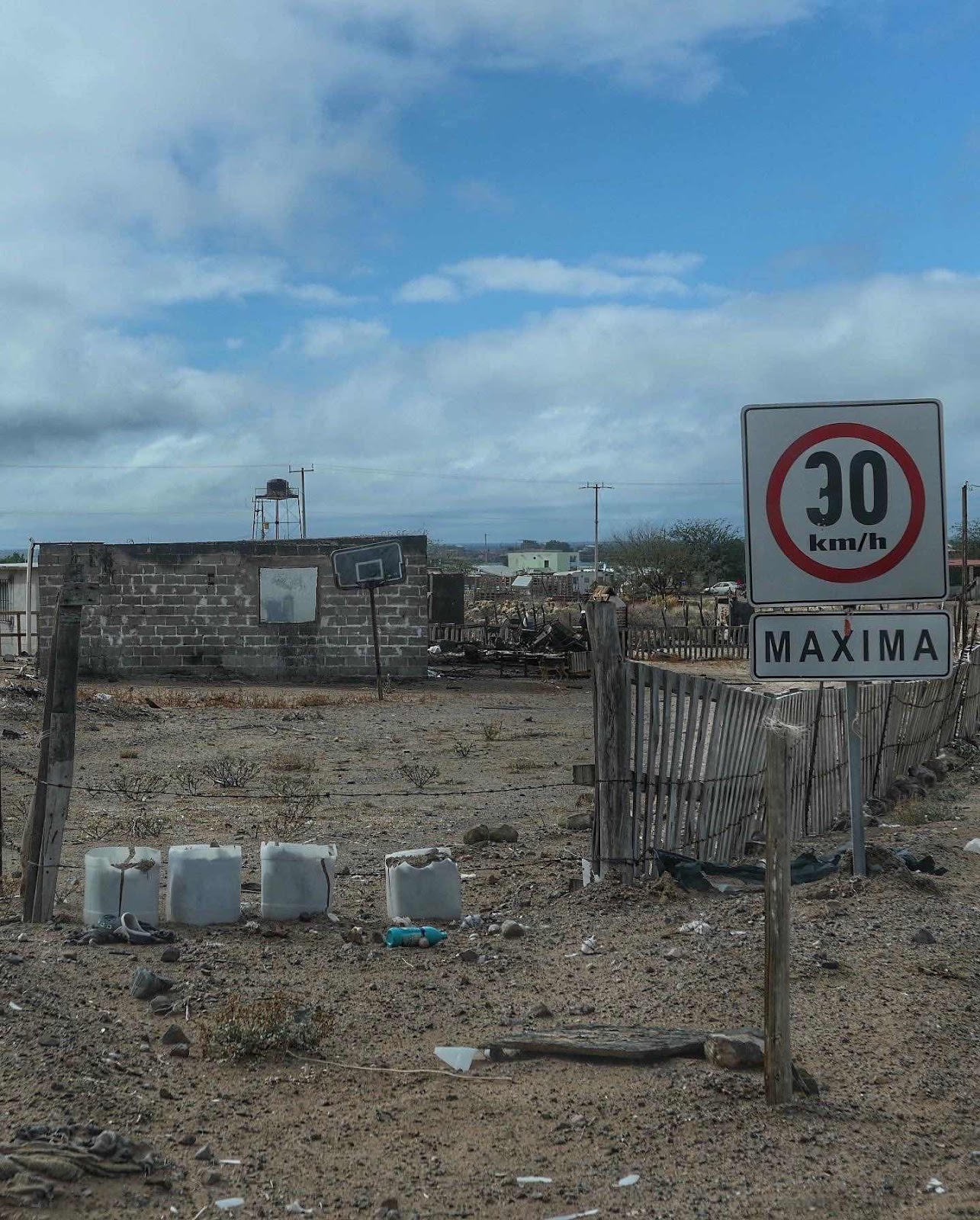 I have seen the videos on YouTube that advocate van life for people on the edge of economic devastation as though sitting in a van in a cold Arizona desert saving money is the best option. Maybe it is but sitting on an empty Mexican beach twenty degrees warmer suits me better.

It’s not just about money or the lack of it. It’s an opportunity to see life from a different angle. All the rules imposed are impositions you discover. They aren’t requirements for living.  Mexicans do things differently and some of those differences may suit you better. They could teach you a better way to live if you watch and withhold judgement. Sometimes they show you that what you know is better than their way. The way you live that puzzles them, like living child free for instance, can leave them judging you negatively. All of it is a give and take, an opportunity to be curious, to be patient, and to learn. 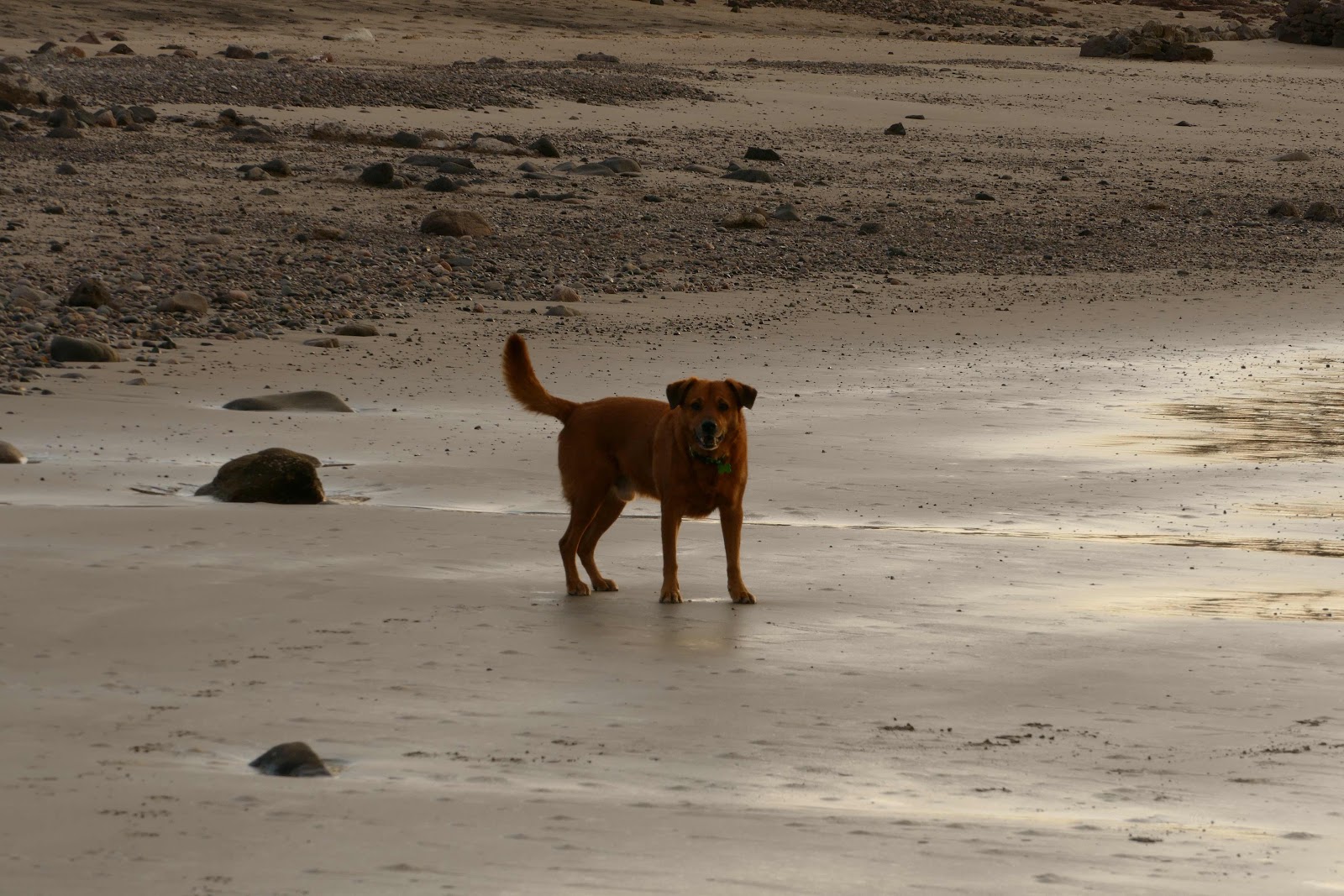 Being curious about Mexico doesn’t diminish the fascination of the US. We find traveling at home easy. The roads are smooth mostly (some notable exceptions) and thus easy to drive at night. Potholes, topes (speed bumps) loose animals and unlit vehicles all make streets and surface roads a bad gamble in Mexico. The US has first class tow and first aid services and all you need to do is be able to pay for them. We plan to explore the US endlessly when we are more infirm and slowing down. 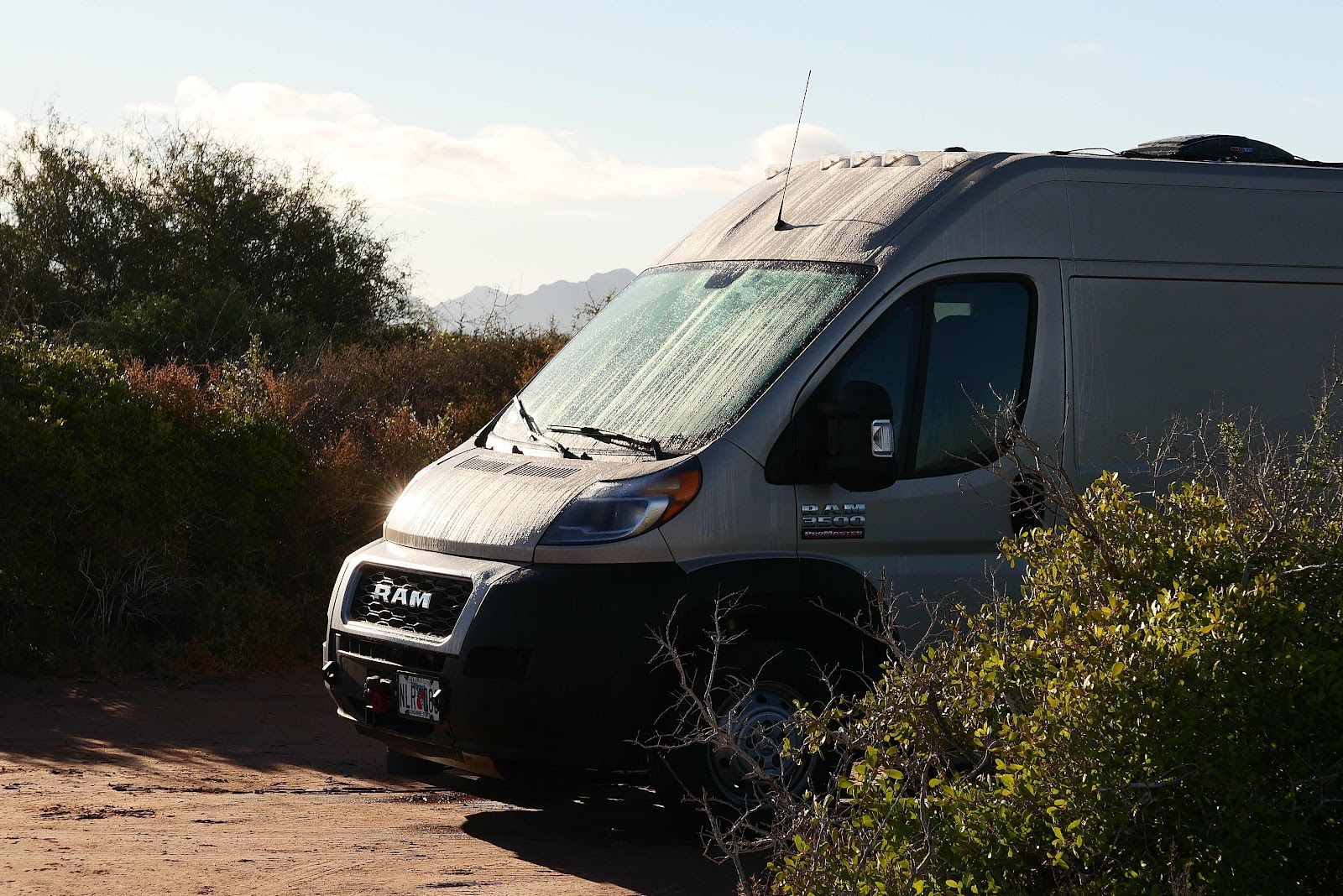 Foreign travel takes patience to learn the customs and time to learn the culture and desire to learn the tricks of daily living. We still enjoy curiosity and reasonable physical strength and an adequate mastery of Spanish. When we run out we have back up plans for later. 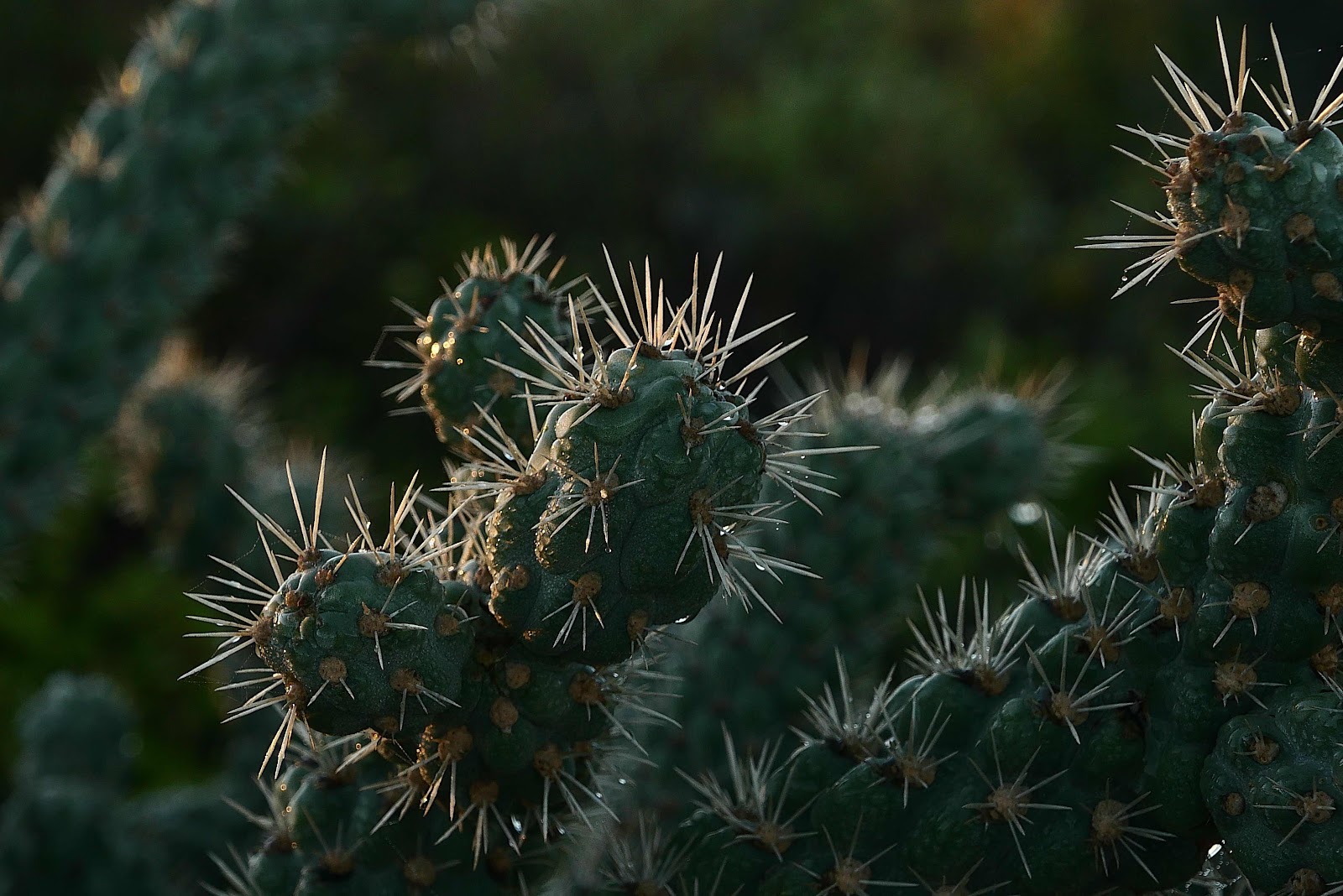 My biggest beef with Facebook is the way it gives voice to fear, which combined with lack of context and narrative accountability makes it a tool to hold you back. I’m not a fan of aphorisms either but if you don’t seize your day, whatever it is, no else will seize it for you.
Come on in, the life is lovely. 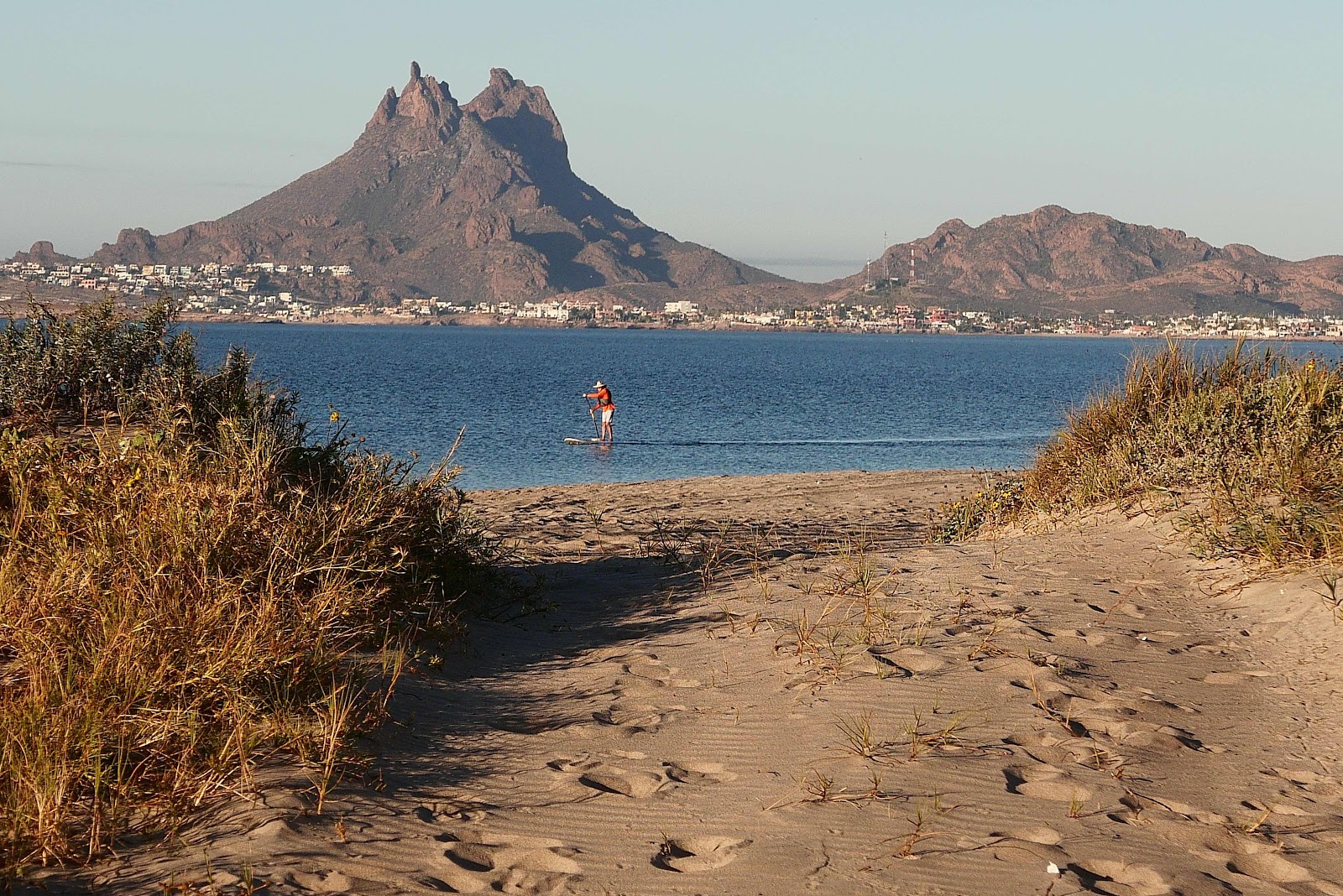 Posted by Conchscooter at 2:00 AM 8 comments: