I thought to myself if we are acting as though we are waiting for a hurricane I bet this would be a good time to visit the Southernmost Point. The buoy at the corner of Whitehead and South Streets is known to locals by a number of epithets which I'd rather not repeat here but if you see any remote resemblance to a sex toy you can imagine the direction that conversation takes. Visitors on the other hand love to line up and view this point, purportedly the southernmost spot in the continental United States. And who am I to tell them otherwise? 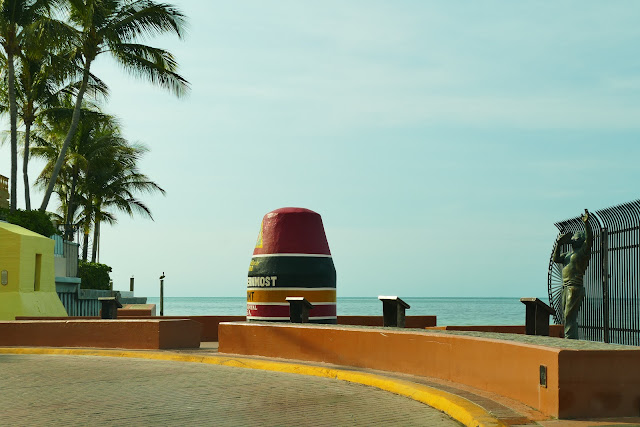 Actually the true physical southernmost point is nearby, behind the black fence in the picture above. That puts it out of reach to most people as it is part of the military base. I am fond of saying I listen for free to Cuba on Radio Reloj at 950am on my car radio but the US Government uses this expensive array. Our results may vary. 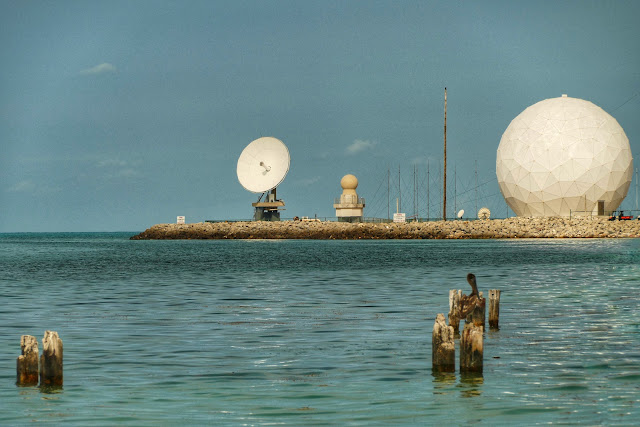 You can see the Navy base behind the statute of the late Conch shell greeter Bishop Kee of the Church of Prophecy. Tom Joris made the statue of Albert Kee who died in 2003  but was known for standing at the point blowing a conch shell. I remember him but he died before I arrived at the digital age of photography. 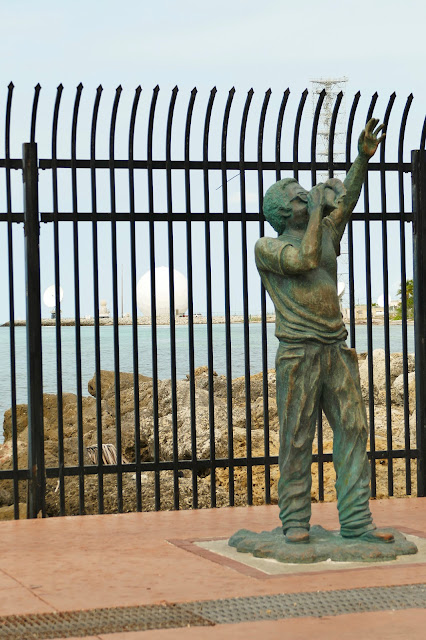 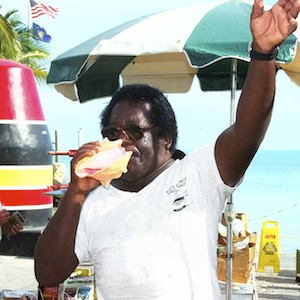 Sometimes Rusty surprises me and this was one of those occasions. He sat down in front of the buoy as though ready to pose for pictures. One of the problems of living with an excessively intelligent dog is that he makes his own mind up about quite a lot of things and Rusty does not like to have his photograph taken. He is not strongly food motivated so you can't bribe him to pose. The only reason I have as many pictures as I do is by virtue of constant association and being ready instantly to grab what I can. I toss out hundreds of pictures of the little brute to get the odd decent one. 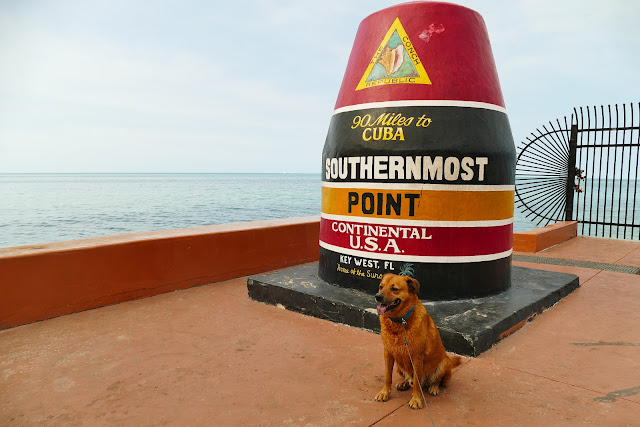 Just when I thought I had  Key West  to myself two tourists wandered up to take a picture with their brand new iPhone 11.  Using my extraordinary powers of deduction I figured they were actually construction workers in town for a job owing to the logos on their shirts and they had taken a moment to check out the monument. I told you it attracts visitors like flies.I tried to remove Rusty who suddenly decided he liked being ion pictures and refused to budge, perverse creature, and they said don't worry so I didn't. I glowered at him though and he grinned at me like he knew he was pissing me off. They asked me to take their picture together which was the least I could do and I managed it without the including the hulking brown elk in the front. Note to self: the iPhone 11 is really quite slick. 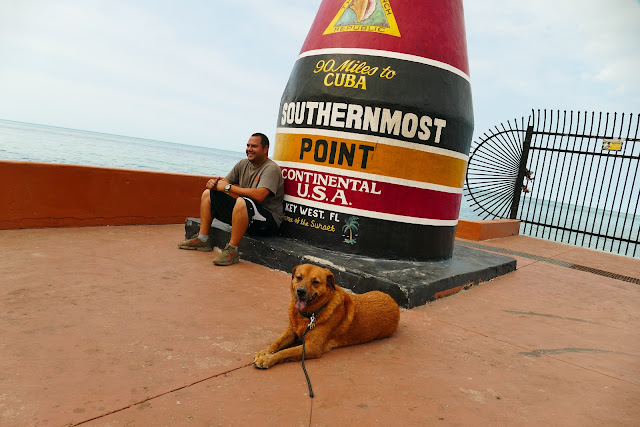 On the subject of history and Cuba this little yellow hut, freshly painted apparently is a piece of both those things more or less. In the mists of time there was a period when Cuba and the United States talked to each other. People went there on vacation mostly to do scandalous things they couldn't do here, and Cuba exported stuff to the US. And you could call or send a telegram and this is where the electric lines from Cuba came out of the ocean. The schooner Western Union was actually responsible for a while for maintaining the sea bed connection. 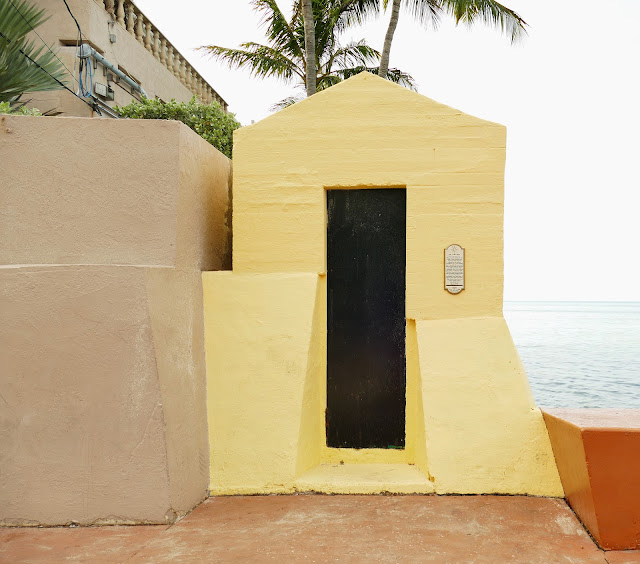 One of the things you have to learn to do if you live in Key West is not spend too much time thinking about what you are missing thanks to the ongoing state of uncertain relations between the two countries. There was a window of opportunity to visit Cuba recently, even for ordinary people but it was no something I wanted to do much owing to the difficult state of their economy and exploitative nature of Cuban tourism in a time of desperation. However if things got on an even keel I would love to see the old buildings in Havana and enjoy tropical mountains similar to those I have seen in the Dominican Republic and Puerto Rico, though more majestic I am told. I will probably be in my grave before day trips to Cuba and overnight sails are regularly on the cards between these two countries. 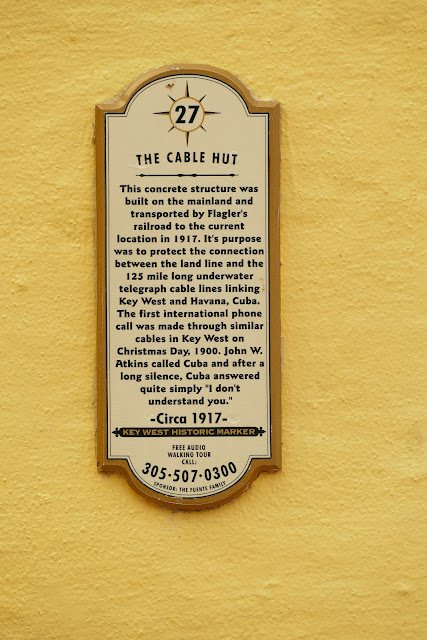 So the question arises, how southernmost is southernmost? Hawaii has the southernmost point in the states of the United States and they don't make too much of that from what you can see on Google Streetview they have a dirt parking lot and  a hand painted sign. Around here there is the southernmost everything. Including the Southernmost Southernmost house. That  signage on a private dwelling is part of a dispute with a nearby business that calls itself the Southernmost House. Why you would want to draw attention to your home as a potential tourist attraction I don't know but here it is: 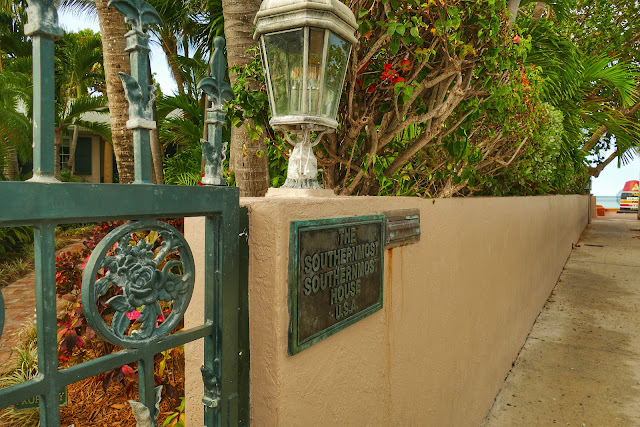 And this is the place where you can rent a room to sleep in a place that calls itself the Southernmost House. By the time you enter Key West you are within four miles of this spot so everything is pretty much southernmost from the Cow Key Bridge south but geographic arguments persist for reasons I can't really follow.  The sun shines on the just and unjust alike around here. 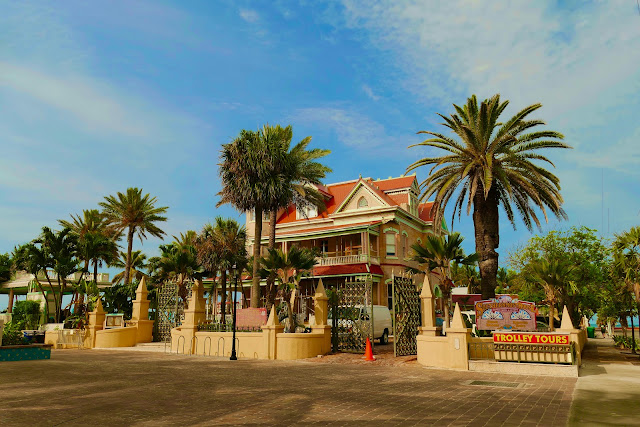 Blessed are the anglers because they will have a good time whether or not they are the southernmost bait net casters. 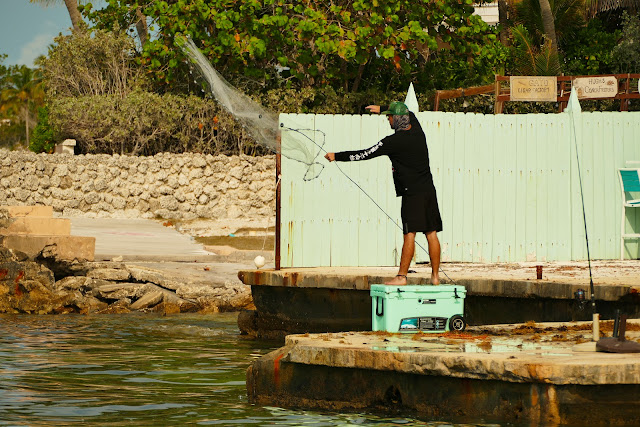 Sunbathing is one response to all the craziness going on and I approve even though I'm not much for sitting out roasting while doing nothing. I burn my beak while swimming mostly. 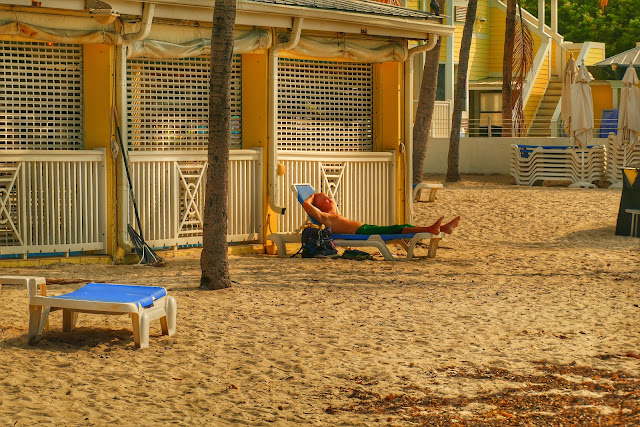 Rolling in seaweed is another entirely sensible response to stress or simply as an expression of joie de vivre. And the little bastard had no idea I got the picture of him. Dog 0 Human 1. 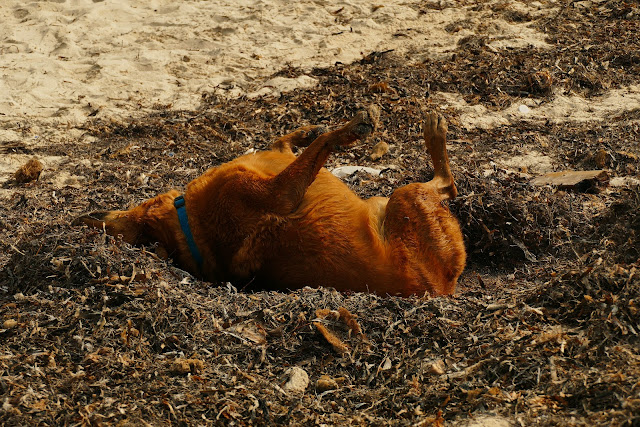