I was driving home from the mainland and for some reason I decided to stop my impetuous flight on Highway One and take a break. Actually Rusty hadn't stretched his legs for a while and he was the reason. I decided to take a tour without actually getting out of the car of Gilbert's Resort. 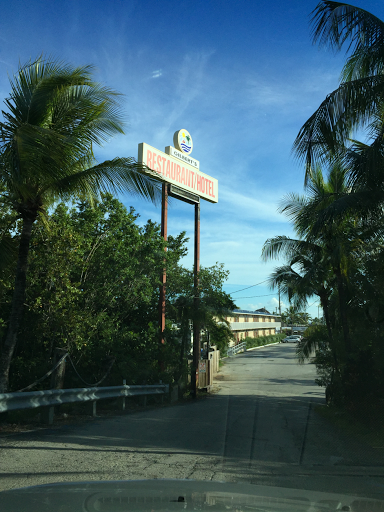 It used to be right alongside the Highway and there was this drawbridge across Jewfish Creek. I took this picture in 2008 as the new flyover was just being opened: 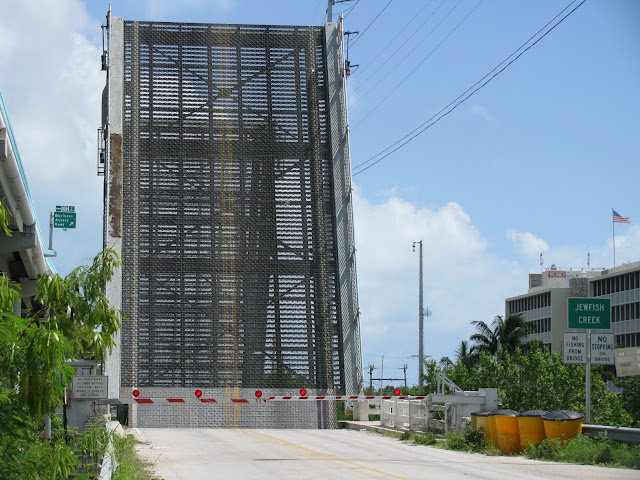 This used to be the main road and traffic was swept right pas the front door of Gilbert's. The future did not look bright when they took out the drawbridge and closed the connection to the other side of the creek. I figured people would be too busy whipping by on the bridge up above... 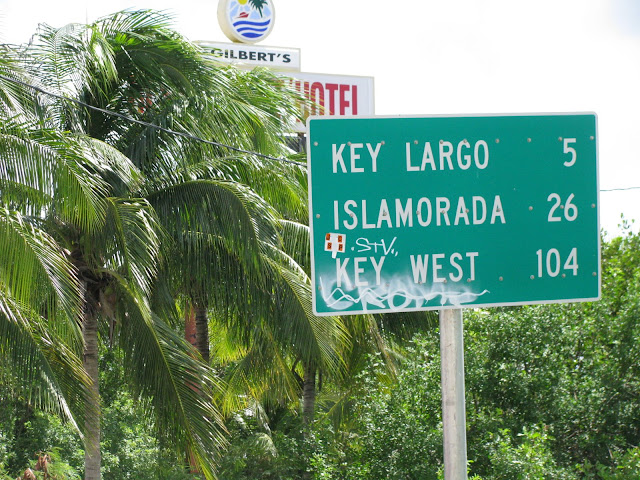 As usual my economic prognostications were all wet. Gilbert's seems to be doing fine thank you and it's not surprising. This is your first Keys encounter, a place where you can sleep, eat and drink right on the waterfront in a suitably tropic resort atmosphere. 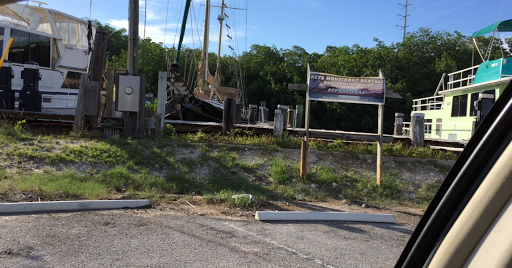 The motel itself is decidedly old fashioned... 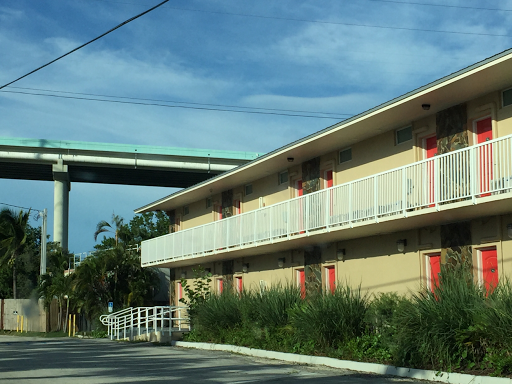 ...and the surroundings are only glamorous in the context of the traditionally run down tropical ambiance that visitors expect in the Keys: 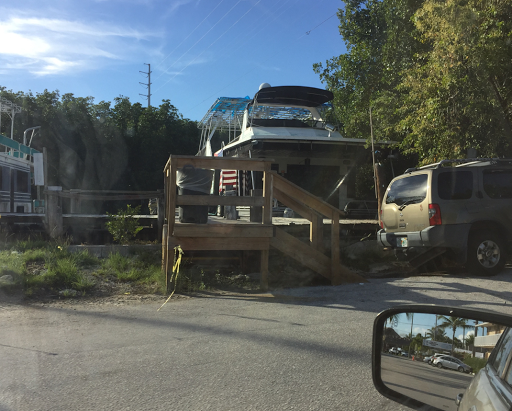 A few coconut palms have grown up around the sign marking the turn off to Gilbert's, thus obscuring the view, but this 2008 picture clearly shows the height of the bridge over the resort; 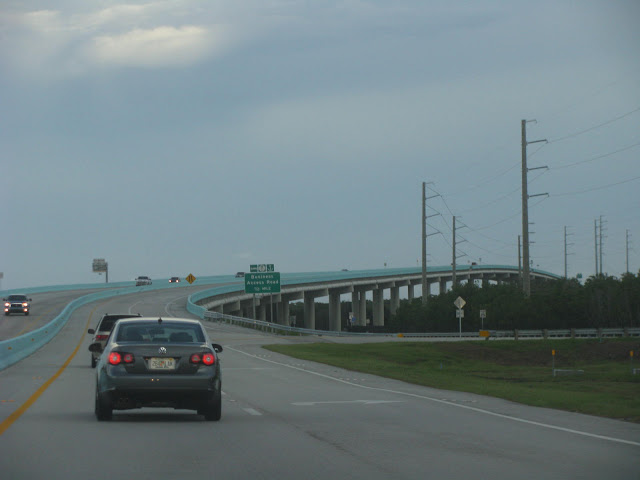 It's a huge construction: And you do get splendid views from on top of the  bridge. 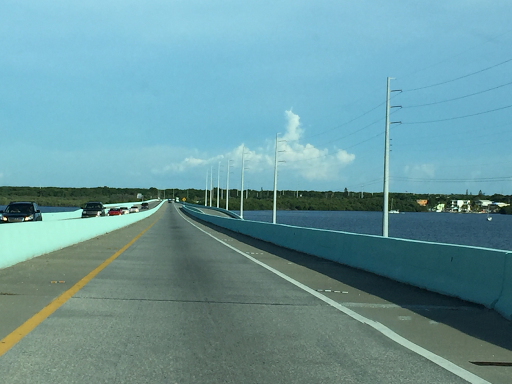 Of Gilbert's, open water, mangrove islands. Worth a view.
Posted by Conchscooter at 12:00 AM No comments: