Its been a quiet summer at Boca Chica Beach this year. I usually turn up around dawn and let rusty wander around as I enjoy the sun coming up over the Straits of Florida. Sometimes we are alone but occasionally there is another car there. perhaps it gets crowded later in the day or perhaps there are just many fewer people around this September than usual even for low season. I would come down here on a whim and it was so crowded in years past I lost the taste for making an effort to drive south of Big Coppitt. 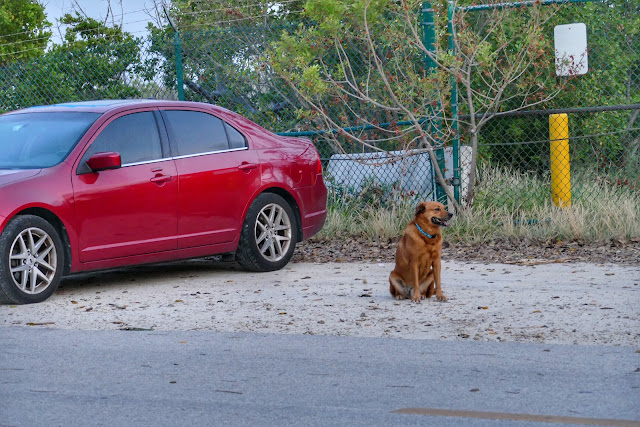 There was a time too many people thought this the ideal place to park all night until complaints caught up with them and the sheriff moved them along and in case you think this is a good place to sleep now you will be surprise. But during the day this can be a place to have a picnic, enjoy a breeze and take a walk. 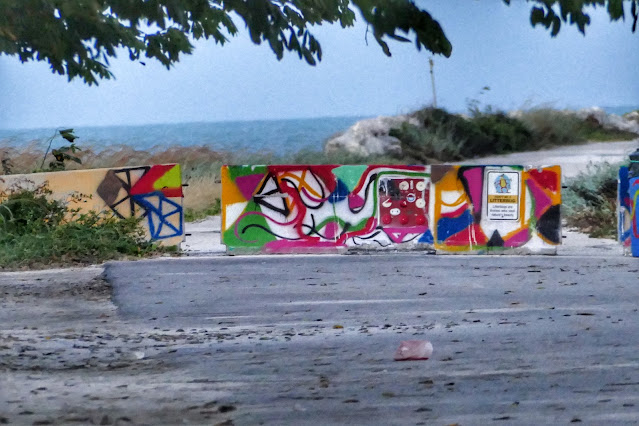 Or paint some cement if the mood takes you. I suppose I should be offended but  the graffiti that bother me are the ones made in nature, rocks piled on each other in a. river bed, trees scarred with initials and stuff like that. I don't think anyone likes being in the wild only to be reminded others have gone before them and behaved badly while doing it. Around here there is no doubt people visit and a rainbow cement barrier is no worse and may be better than institutional gray. I like the wild artwork. 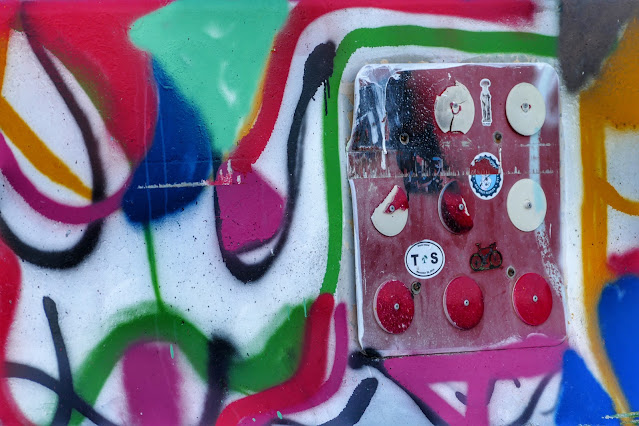 The US Navy has the beach surrounded and they patrol the other side of the wire. Further down the beach there are signs which have closed what used to be a pleasant lonely meandering walk.  I took the dog there but others took off their clothes and often acted as though no one was there to see them. I guess it all gets too much from time to time and shutting everything down is the answer. 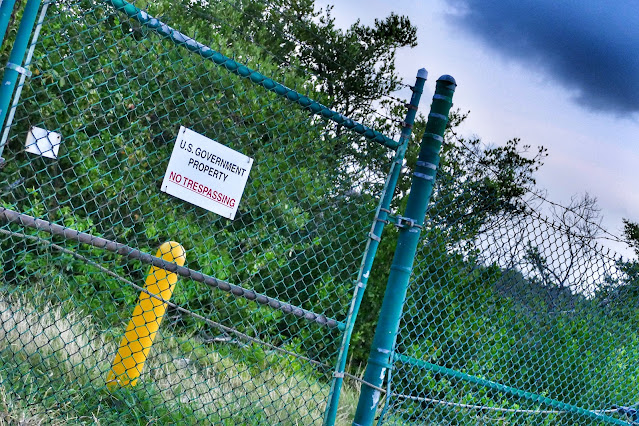 What is left is still lovely and I enjoy fifteen minutes of alone time here with Rusty. I've photographed the sunrise here a million times but I suppose I have yet to get tired of it. I tried black and white for change. 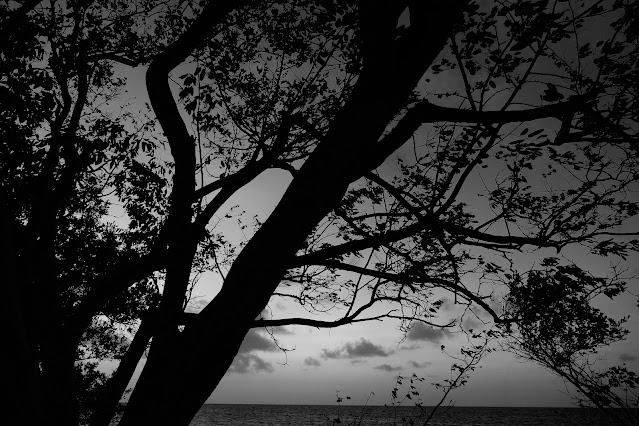 It has been a more than usually lovely summer in the sky this year with clouds and bright streaks of orange and red and pink clouds and all manner of excitement. I'm glad I'm out here to see it. 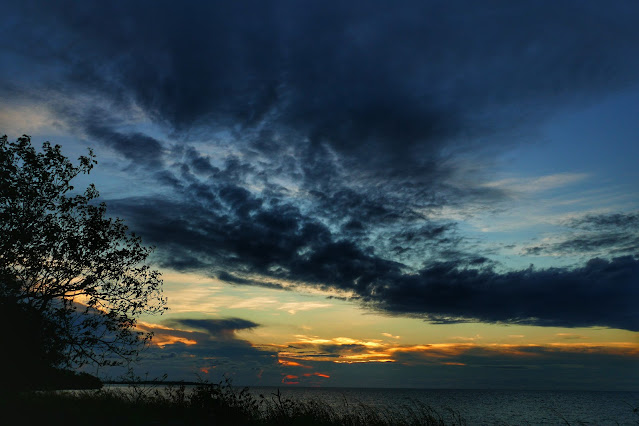 This one I took with the full moon, a tiny speck of white under a black Jamaican dogwood tree.  It's not the sort of detailed orb a 10 inch camera would yield but I like the modest effect. 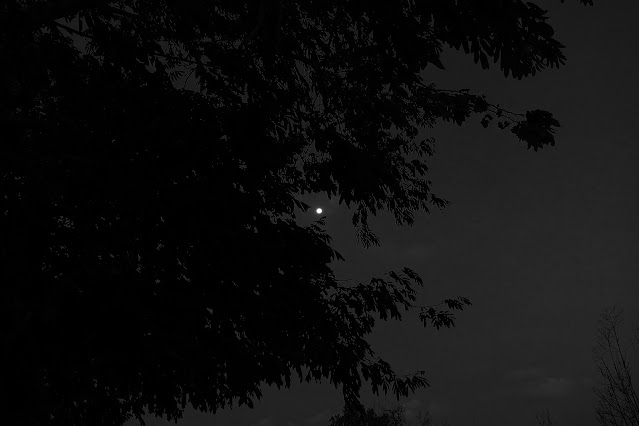 Sometimes Himself just likes to sit and watch the world go by.  So we did and I either did an excellent job with the repellent or the no see 'ums are less vicious than previously because I wasn't bitten at all. Usually they go so far as to crawl up the leg of your shorts and chew you in some very inconvenient places so if you see me dousing my shorts with Off that's why. I find it aggravating they don't seem to bother Rusty. 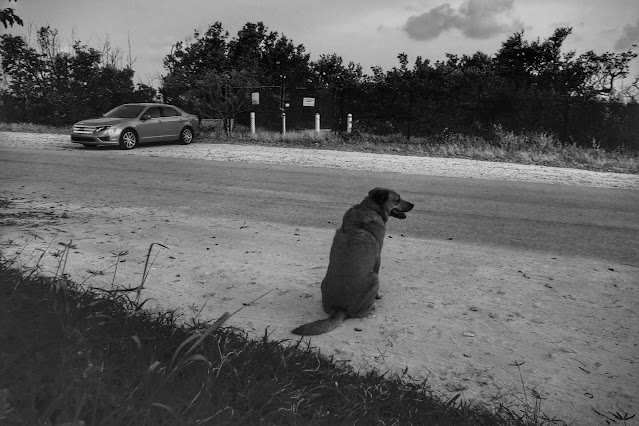 As Rusty is used to biting insects so are shorebirds apparently used to people and their impedimenta because they didn't notice me at all. I noticed them. 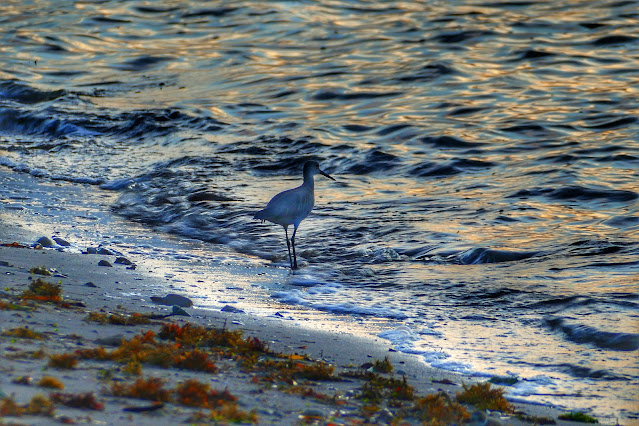 And so, home to bed for a nap before chores for tomorrow I work. Most tomorrows this month as there are people out on vacation but 911 won't stop ringing. Meanwhile I get to enjoy this: 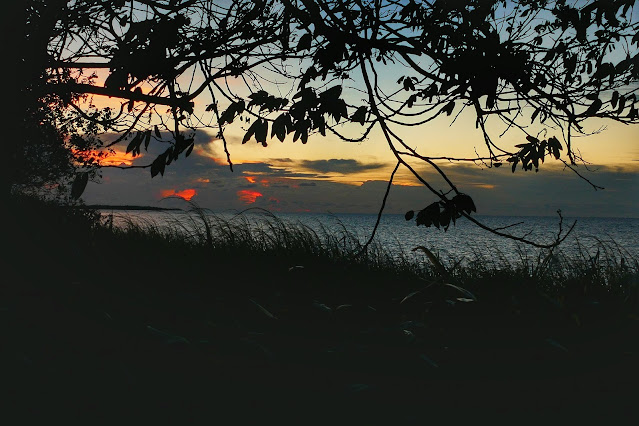