The plan was to wander Mallory Square at sunset and see what pictures my new telephoto lense could pick up. In the event there was neither sun nor sunset and I never got closer o Mallory Square than than the Westin docks. 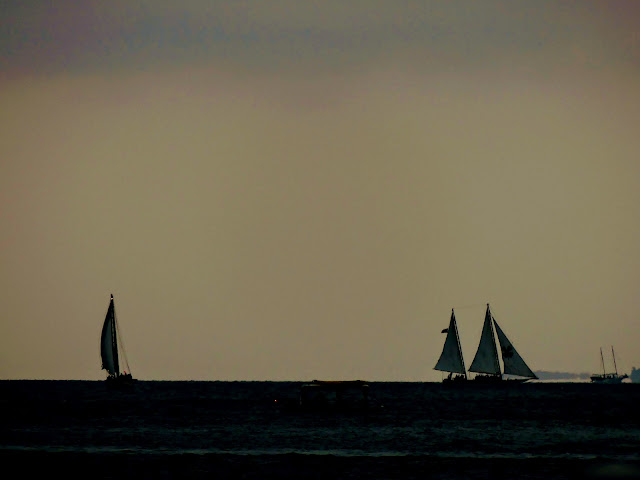 However with a fresh north breeze blowing across flat harbor waters there were sails up and boats out and about. The Sebago catamaran "cattle boat" so called as it packs dozens of visitors and serves drinks from a bar on deck. Raucous times I'm told. 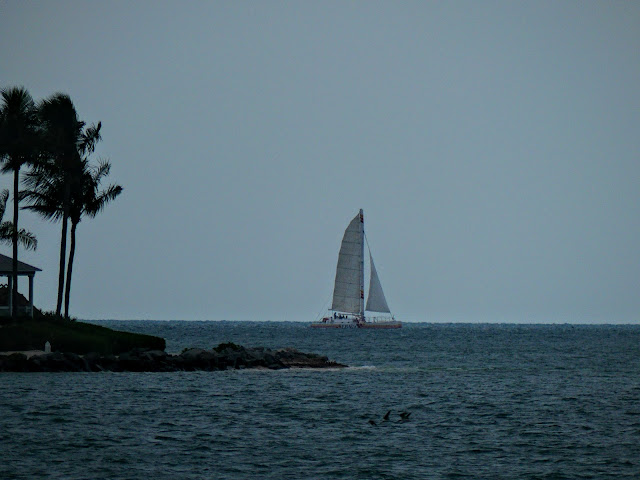 The harbor was the scene of one expertly handled J105 (Johnson 10.5 meters long or 34 feet) sailboat tacking back and forth across the north wind. 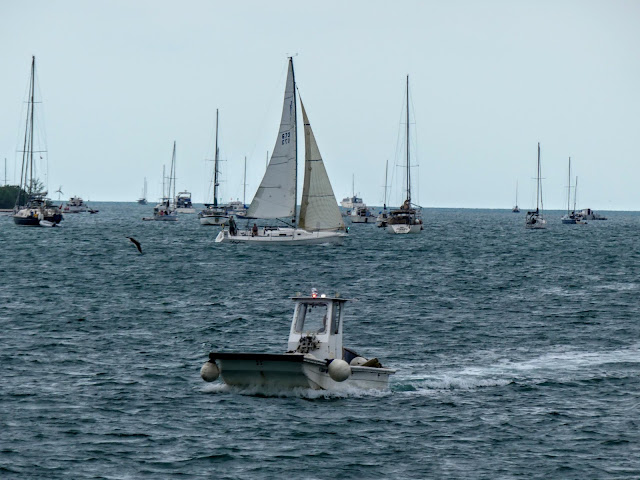 There was also the ferry from Sunset Key, the palm covered island in the background. Years ago I applied for the job as it is secure year round employment with benefits. I wasn't suitable for the job though as I think I was rather too eccentric to be in essence a water valet to the obnoxiously wealthy. 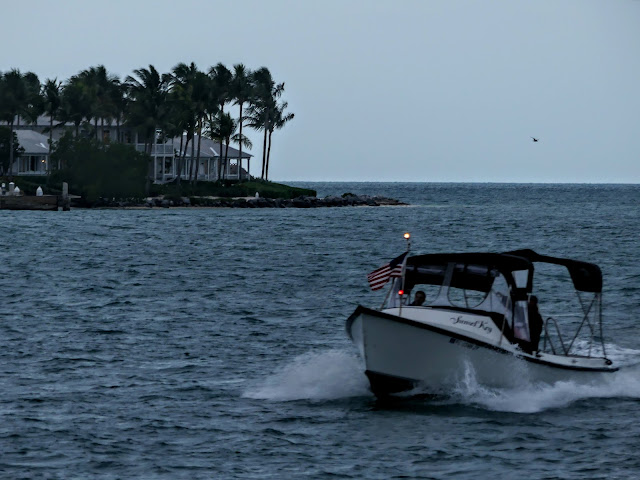 The J105 has a good reputation in sailing circles and is much admired among amateur racers for its speed and handling qualities and it was putting on a good show in front of Christmas Tree Island. Almost made me wish I was onboard... 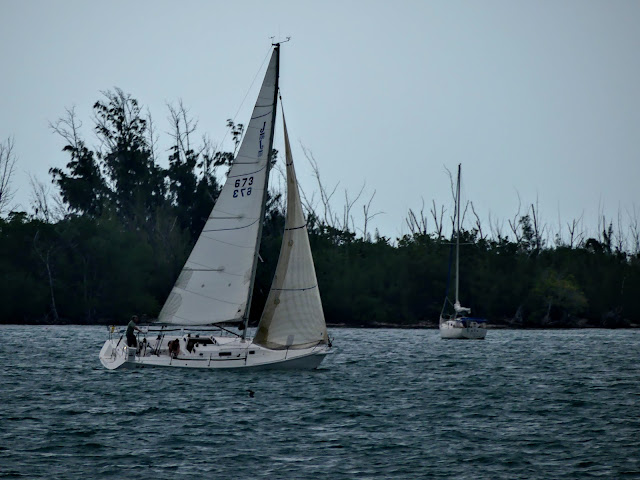 There is a rather grotesque disconnect between the vast cruise ships and their segregated onboard life tied up to our rather mundane municipal existence alongside. I watched a small child bouncing on some sort of  elasticated rope on the top deck, oblivious to his surroundings beyond the ship. I think that's part of the sense of aggravation that cruise ships inspire in city residents, as they are not part of Key West in any real sense, not even as true visitors. 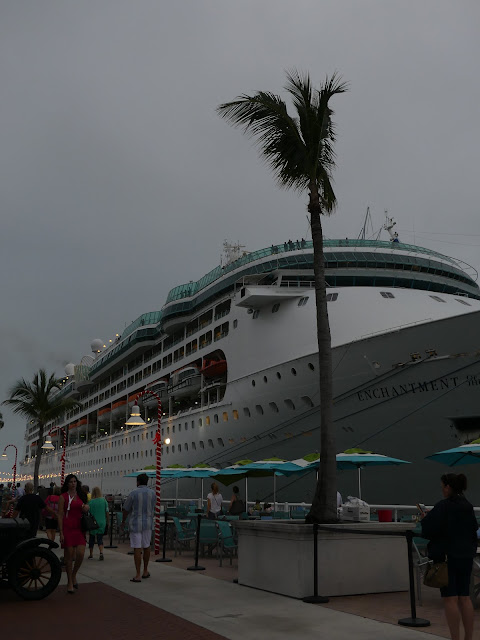 I stood at the railing at the end of the Westin and looked over at Mallory Square with the cold front building behind...It looked awfully crowded. Better go to work. So I did. 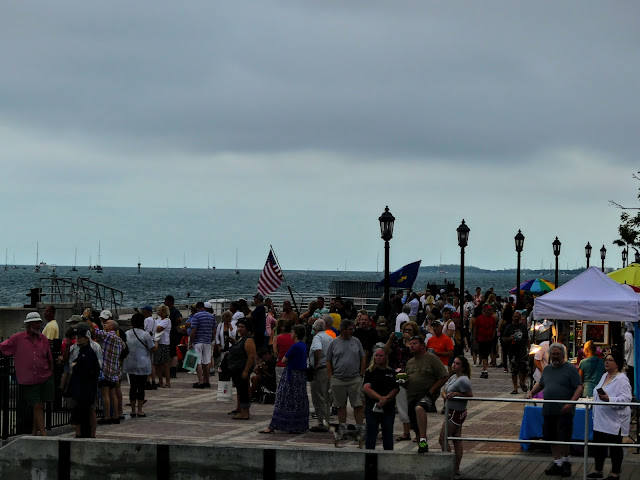