There I was walking down Truman Avenue behind Rusty and all was well with the world. Usually mockingbirds are real pains diving bombing and squawking wildly. This little guy didn't bother and posed agreeably on the wall at St Mary's for my Lumix camera's telephoto. 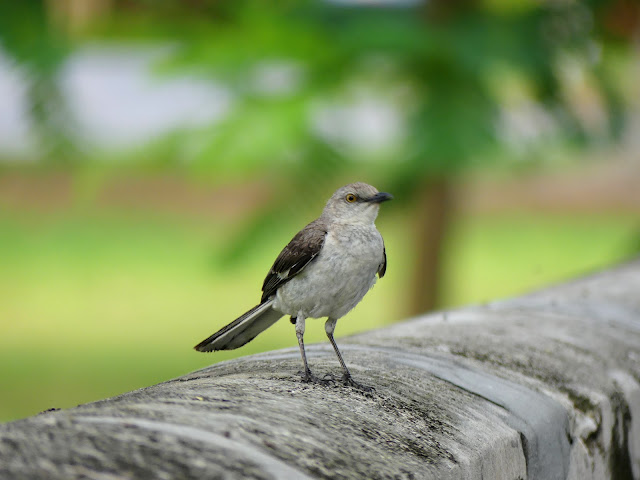 Rusty stopped suddenly and his head went down. Oh, I thought, I will be stuck here for a while as that's a lot of food. Now I know some people hate their dogs eating found food but I figure a dog needs to be a wild thing sometimes and who am I to deny him his hunt?  Dire warnings never prevented Cheyenne from living to a ripe old age. Or Emma, or Bobby or any of the others going back in time. 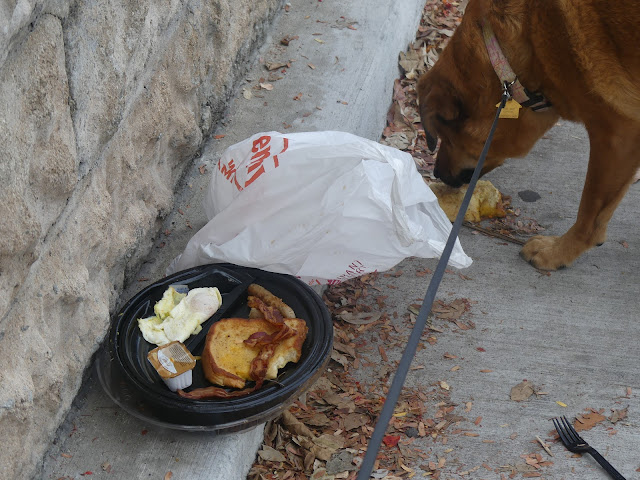 Rusty gave the abandoned breakfast plate a quick sniff and left it all untouched. I have no idea who or why but alcohol does weird stuff to people and you will find all manner of objects abandoned on city streets the morning after the night before. Including food. 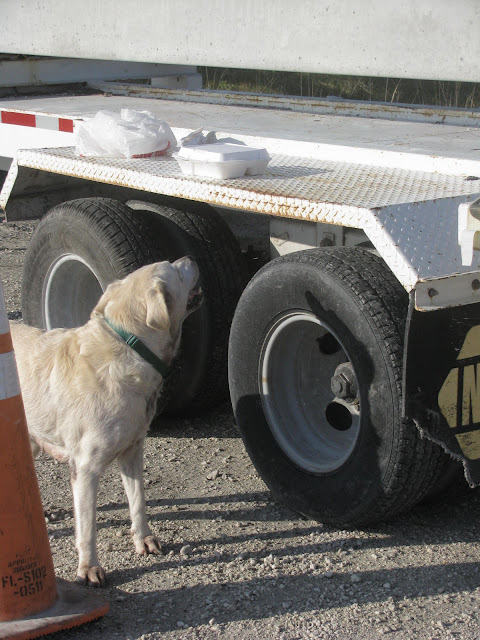 This lack of interest in found food put me in mind of Cheyenne. I took the picture above on the first day I got her from the pound in December 2009. I started her life with me as I intended for it to continue and we went for numerous walks that first day to let her enjoy freedom and get her tired. On Sugarloaf Key we came across an abandoned lunch on a trailer. She made it clear even then found food interested her. 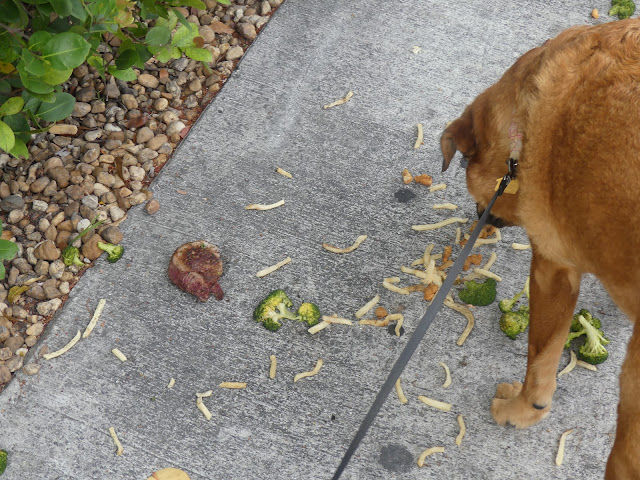 In the picture above my current dog was ignoring the second meal he found on Truman near Simonton Street. This time it was steak fries and broccoli. I understood the lack of interest in the green vegetables but Rusty passed this temptation by without touching a thing. Very odd. Below we see Cheyenne on her favorite downtown walk not letting one fried potato get away: 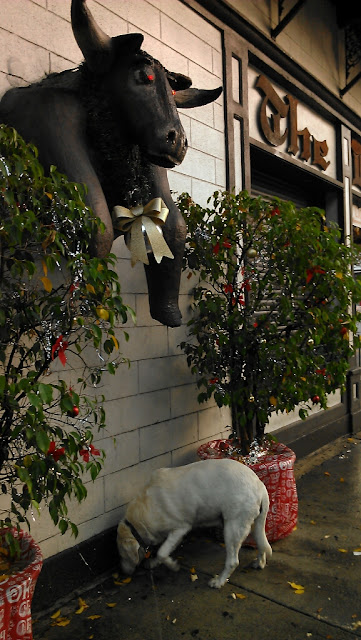 At the Simonton Center hedge Rusty stuck his nose into the leaves. I'm not sure why, and there certainly was no food hidden away. Curiosity or another passing dog perhaps. 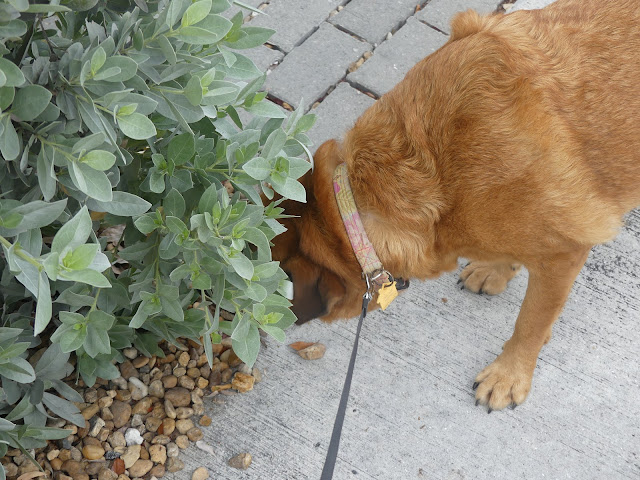 And then as he set off again toward Duval Street half a block away he passed a Cuban sandwich loaf. 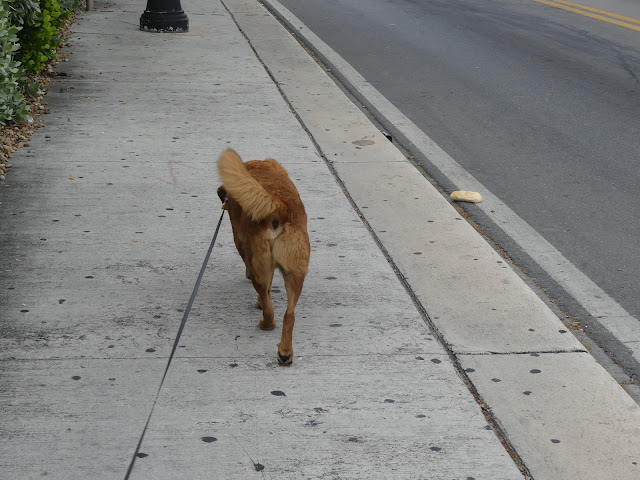 I remember this day well when Cheyenne and I were in the parking lot of a boat launch ramp and she found a piece of dried fish and plunked down to tear it to pieces. There was nothing that Labrador wouldn't  try. 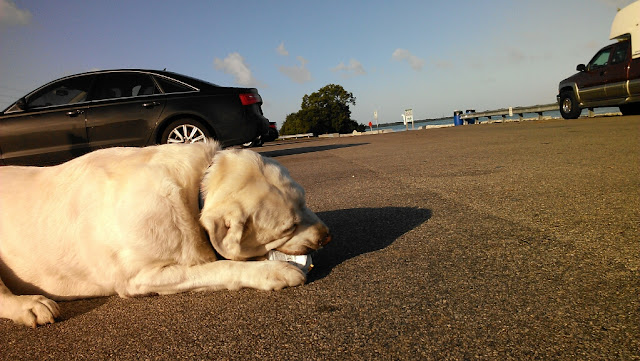 Rusty sniffed the bread and moved on disdaining the lard baked bread. A different breed all right. 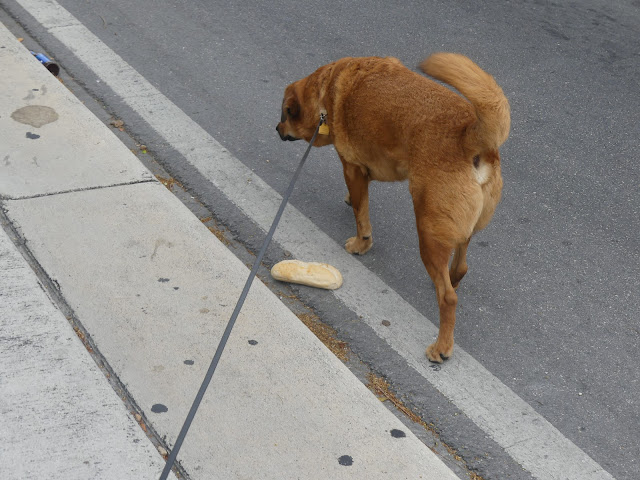 I am relieved to see he ignores birds too including chickens. Some of the local street chickens are rather aggressive and he has learned to leave them alone. I'm glad of that as I see some Latin American travel in his future and I'd rather not pay Mexican peasants compensation for birds he might have eviscerated. 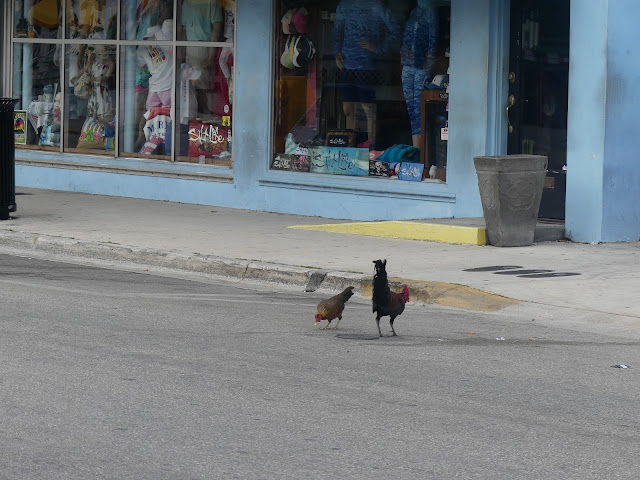 And on the subject of wildlife Cheyenne was perfect. She even ignored the Key Deer she came across when we went for walks. Funny old dog. I miss her. 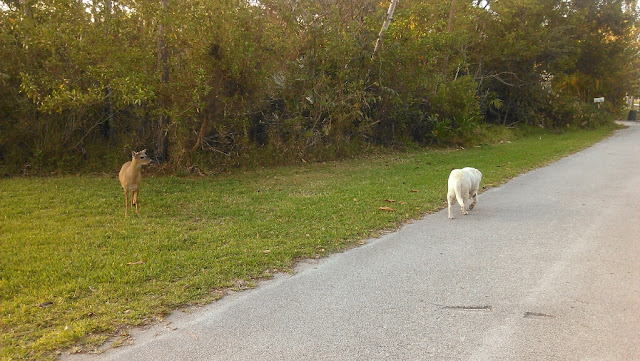