I got to board this floating museum at the Inner Mole at Truman Waterfront one hot day in late July. 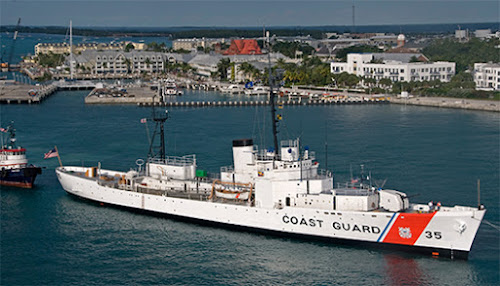 Built in 1936 and taken out of service in 1988 with a crew of 300 and service all over the globe Key West is lucky to have this ship and for anyone with ten bucks in their pocket, they get to pay a visit. 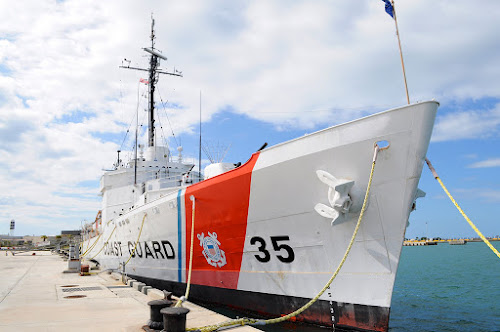 All you need to know about the Ingham is here: 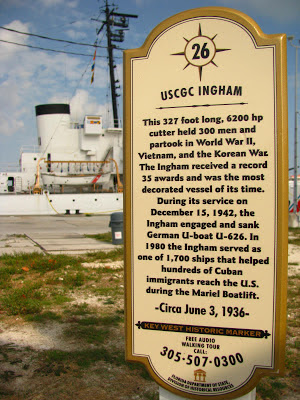 And this man, former city commissioner Bill Verge now owns this ship, purchased exactly as abandoned by the last crew to serve on board. He says it costs $250,000 a year to keep the ship docked in the city and this is a town which doesn't yield much money for projects like this. So I'm doubly glad I got to see this museum. The other ship USCG Mohawk has been sunk off Sanibel Island because they say it cost too much to keep afloat. 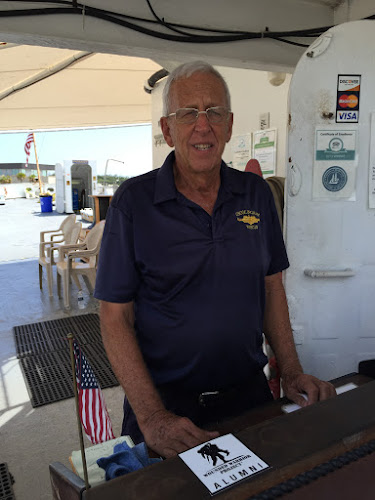 The Ingham is a self guided tour and you an easily spend more than an hour poking around seeing everything everywhere. 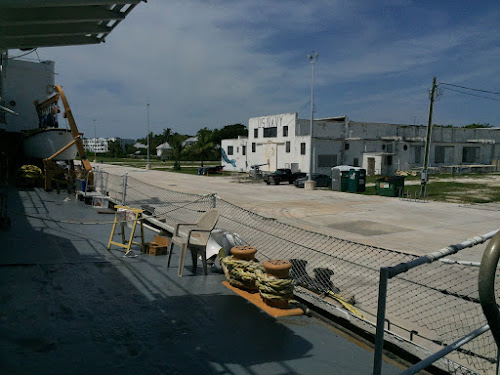 I took a ton of pictures of which I have published the most representative here. Words for the most part seem superfluous. Sick bay: 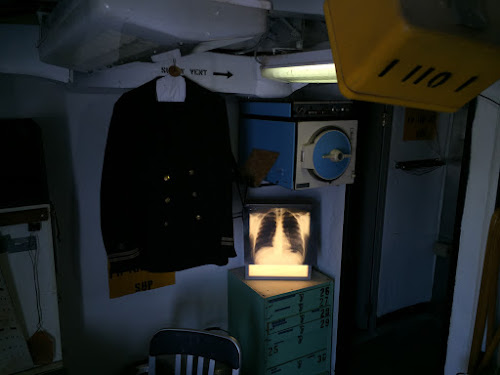 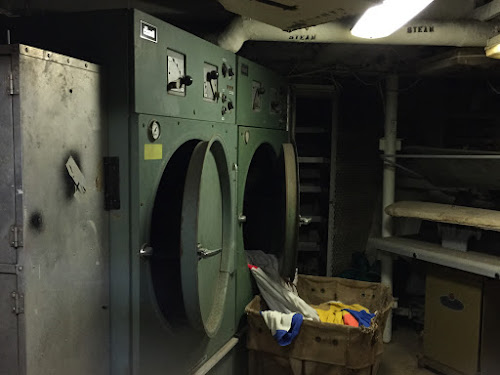 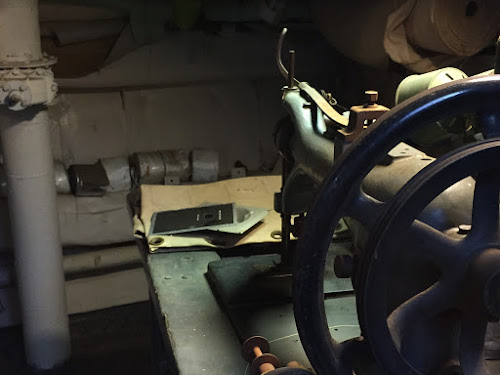 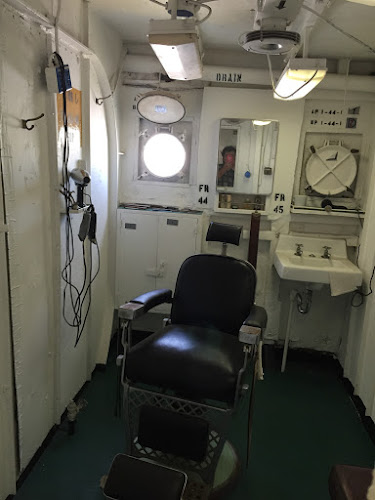 All these facilities were on the ship which was capable of staying at sea for months and steaming 8,000 miles on one load of fuel. With 300 men on board one wonders how they didn't all go crazy. 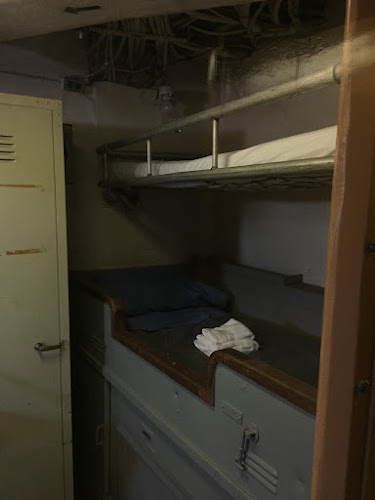 I found the interior surprisingly spartan and very functional. It seemed as though the crew had to live in a steam punk distopian interior filled with pipes and metal corners and ghastly paint colors with tiny port holes and not enough light and air to keep a body sane. 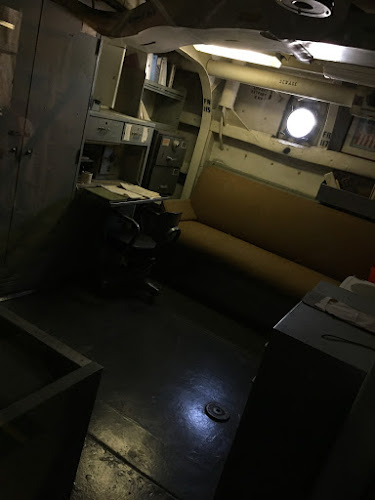 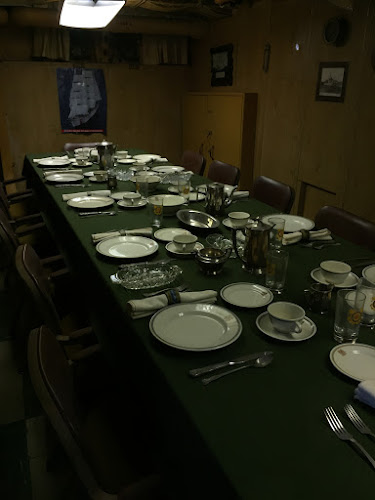 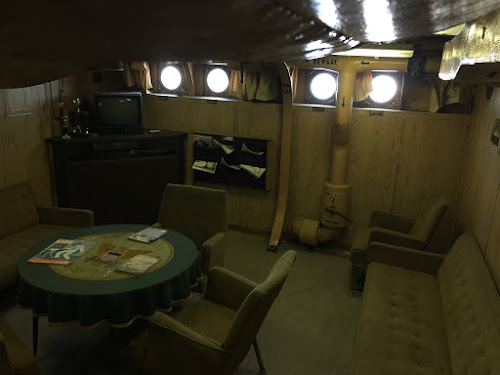 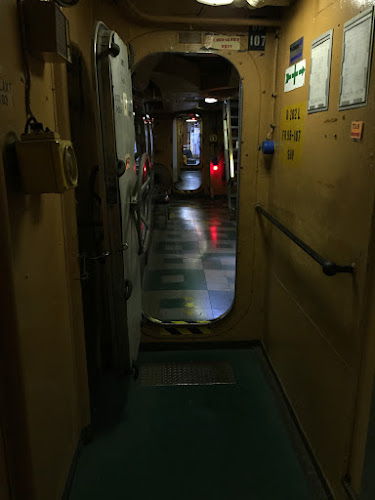 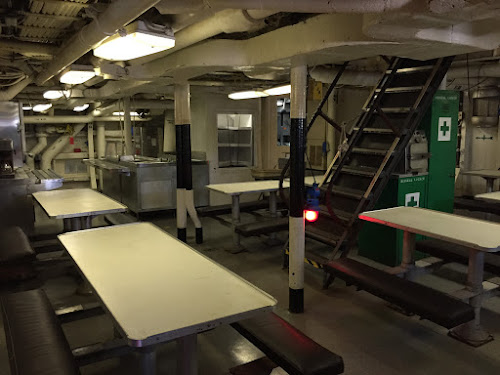 This man was the first U.S. sailor to board an enemy vessel in combat since the war of 1812. He boarded a German submarine in World War Two after it surrendered and before the Ingham sank it. He was photographed holding the Ingham's mascot. 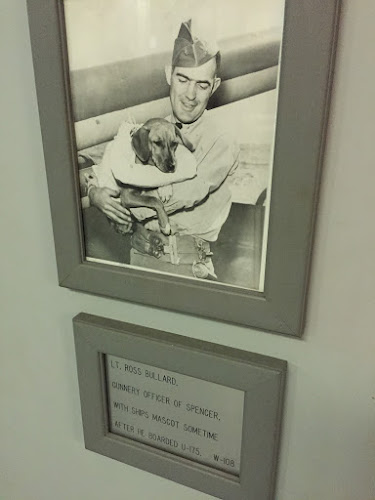 The Ingham tour is not for the faint of heart, those susceptible to heat or those with a fear of vertical ladders or enclosed spaces. 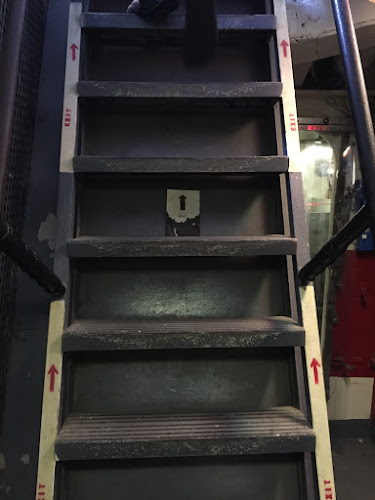 The Captain's cabin, once used by General MacArthur. 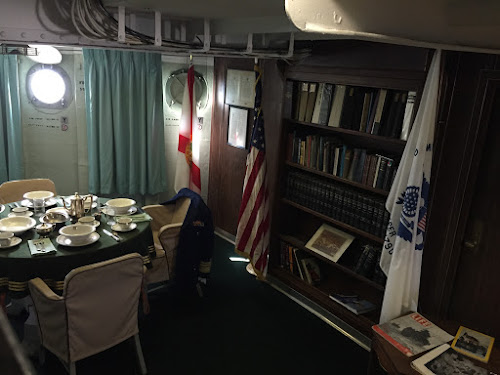 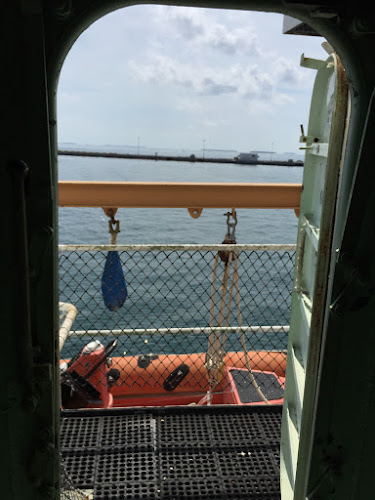 Modern ships are ugly and vast. I've heard it said ghosts inhabit the Ingham. I doubt any ghosts would bother to inhabit the fugly forms enjoyed by modern cruise ships. 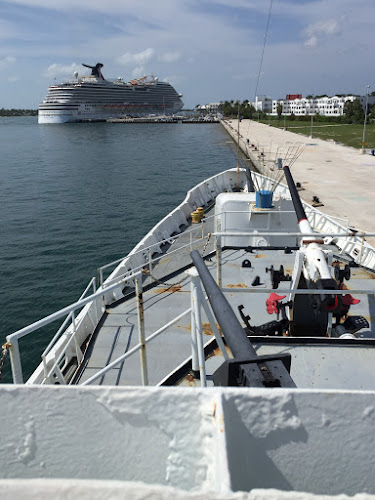 The bridge, the command center of the ship underway, cramped and airless as usual. 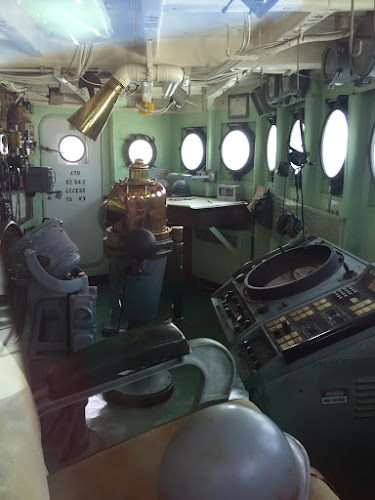 The combat information center, where the top officers went during battle as the bridge was too exposed. Even darker and more airless. 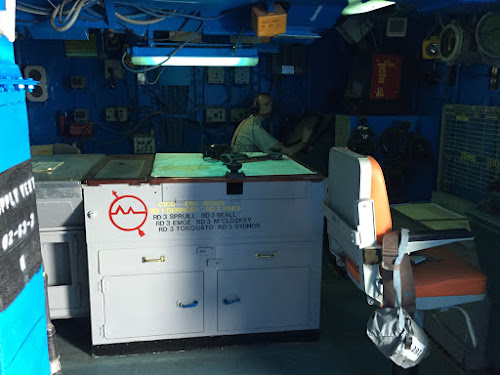 Remember I did mention steep ladders? There is a delightful freedom to touring the Ingham. Personal responsibility is old fashioned and required here. 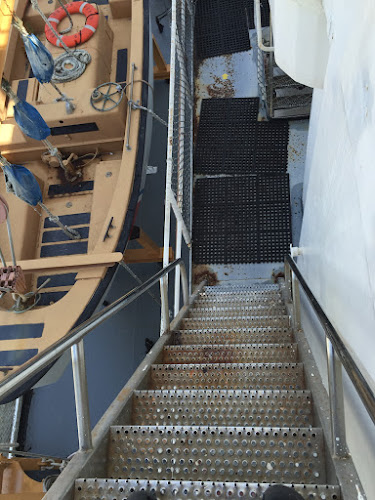 There is a big gun, a 4.5 incher if that means anything to you. But I couldn't get a decent picture of it inside the turret so here is a machine gun to sustain an appearance of my non existent interest in guns. 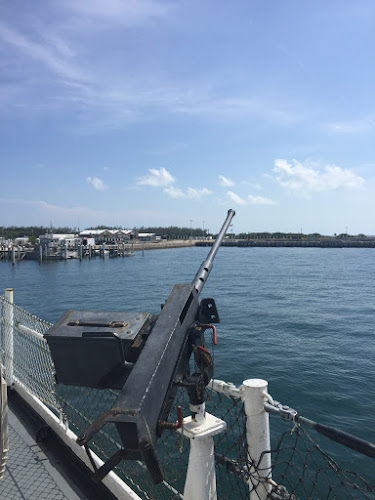 Looking out at the waterfront where I am usually standing looking in. 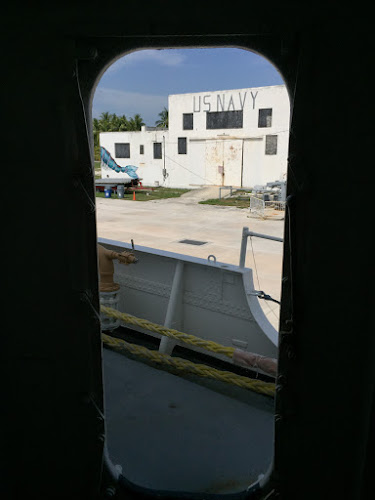 The Ingham is a worthwhile tour and with the constant fear it could be towed away to serve as an undignified artificial reef make time to visit when you can. The history on board is astonishing and barely touched in this essay.