My favorite trees are pines, preferably aromatic umbrella pines but these guys will do: 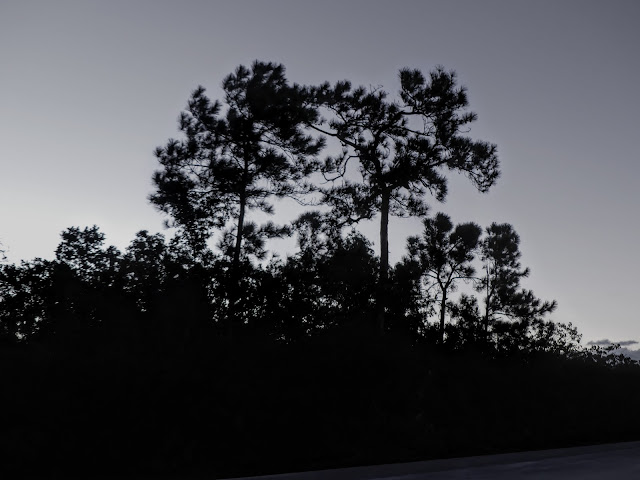 I grew up under pine trees in Italy, picking pine nuts off the ground, breaking them open with a rock and they had more flavor than any I've eaten since, despite the best efforts of Trader Joe's. This outpost of pine trees reminds me of those days and I came to photograph it because Rusty lost his mind. 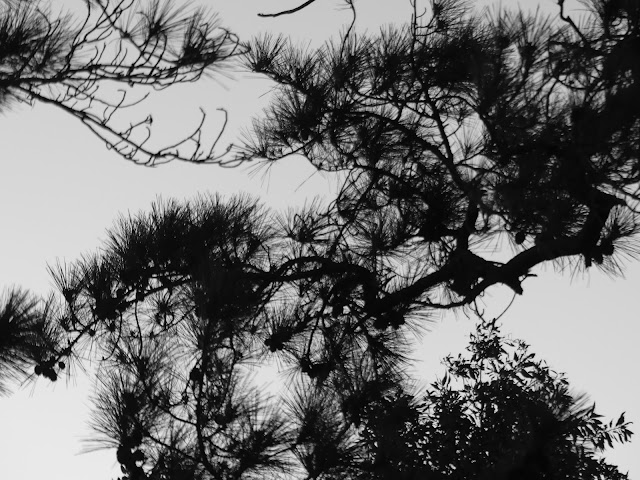 I had planned a walk through the mangroves after I parked the car but he made it clear he wanted to walk the road, so we did. It's his time and it only seems fair to give him as much latitude as I could. After I get home from work in the morning I load him into the car and we hit up some trail or path in a disorganized rotation so he doesn't get bored. However he apparently got bored with the mangrove trail... 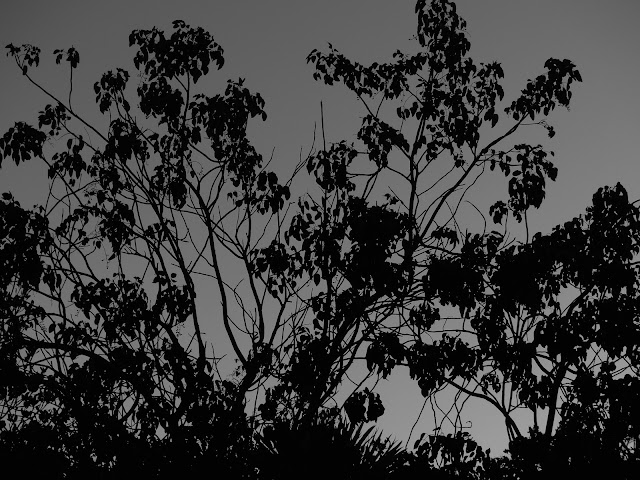 So my plans to go bird hunting with the camera were foiled. I sought other targets a he poked in the bushes. This was a handheld shot of all the moon remaining in the dawn sky. I was surprised how clear it came out with a 600 mm telephoto on the FZ300 camera. 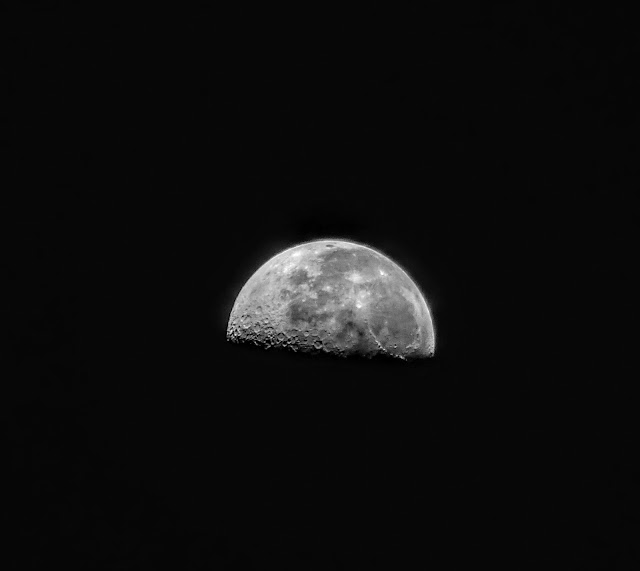 The sunrise was crappy, no clouds, no colors no water reflections. I stood in the road avoiding commuters morosely doing the ARAT thing (Another Rock, Another Tree photography). Rusty trotted back and forth on the balls of his feet with his  tail flying like a flag sniffing this and that. 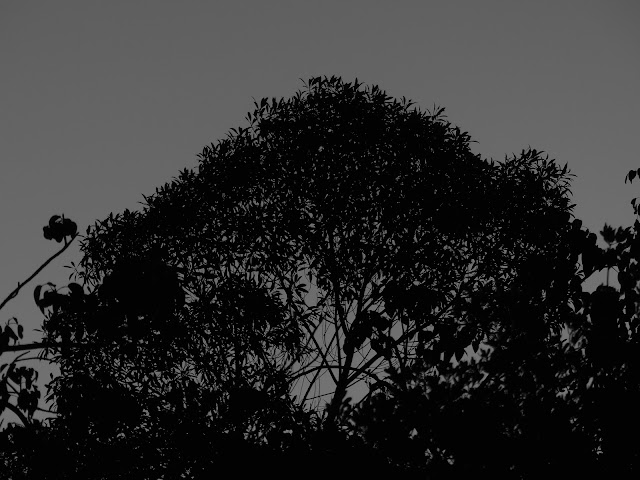 A jogger came into view. She pulled out her earbuds and yelled at me. Friendly? 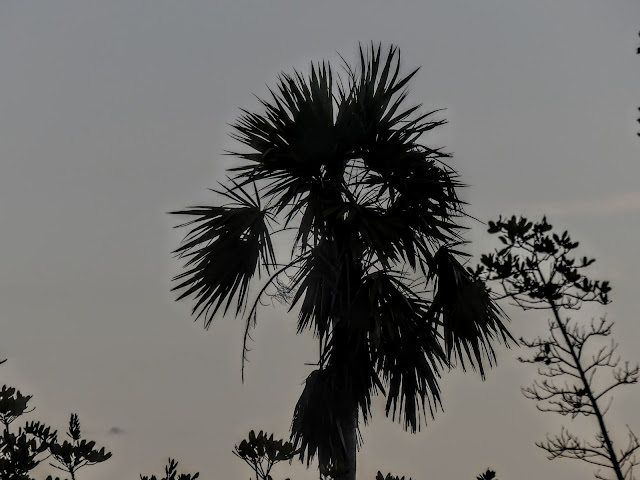 Call me old fashioned, by all means, but I like to start a conversation with a greeting not with a hostile one word adjective fired across my bows like I was a drug runner and she was the Coast Guard firing a warning canon shot. Is your dog friendly she spat at me as though addressing a mental deficient, which I was at that stage. Yes he's friendly I said, friendlier than you. I come here everyday she said and I haven't seen you here before. Which made her predictable and boring and unobservant. Rusty was utterly uninterested in the Bismarck in the pink jacket and continued to stick his head into roadside bushes. Well I said I suppose fear is our daily staple, be afraid of everything, and I tried to catch up to my distant dog who continued to enjoy his walk far more than I was. 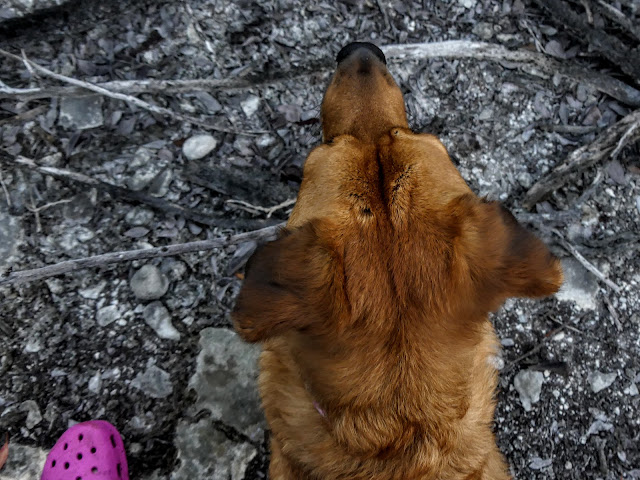 The woman came prancing back later, like a horse in a gymkhana and pointedly stared ahead as though I and my fearsome hound of the Baskervilles weren't there which suited me. I found her odd on several counts: I was not the least bit concerned when she appeared, Rusty ignored her completely from the other side of the road and she was thoroughly rude, as though she expected Rusty to be as aggressive as she was. After a night of taking 911 calls from assorted incompetent angry self righteous entitled drunk people (and the occasional true victim) I was in no mood to be addressed like I was the hired help. I'm off the clock lady I wanted to say. And I enjoy my life thanksas does my cheerful little brown dog. 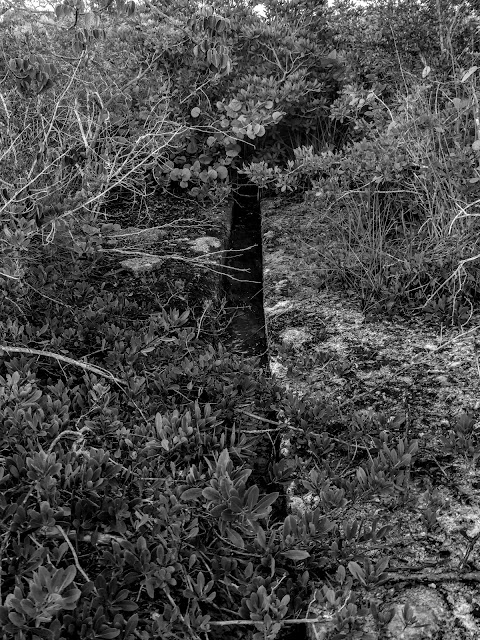 I found a Gambusia trench about which I have written at some greta length previously. I took several pictures. 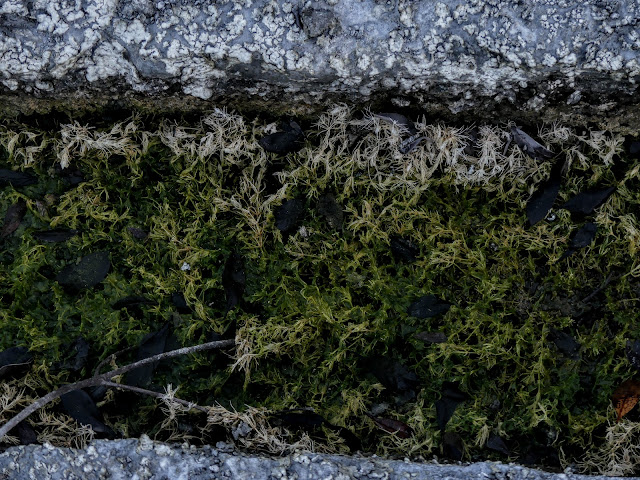 They put Gambusia fish in these trenches to encourage them to eat mosquito larvae. 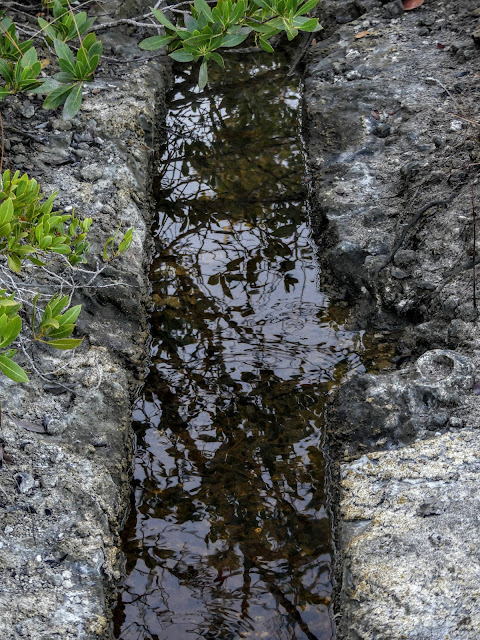 The sun came out and made it almost impossible to see anything through the lense. ARAT was  my refuge. 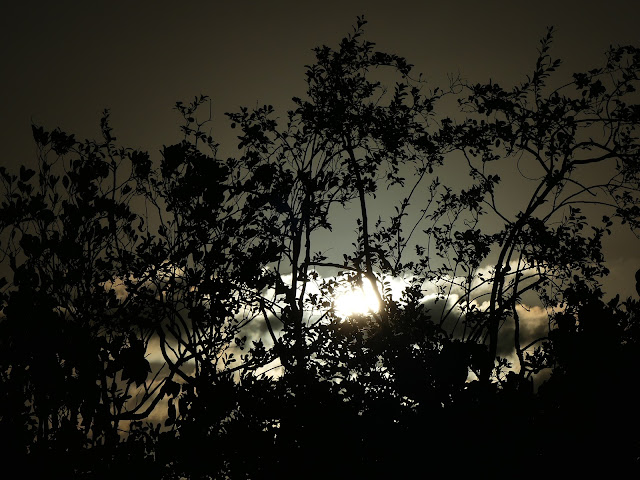 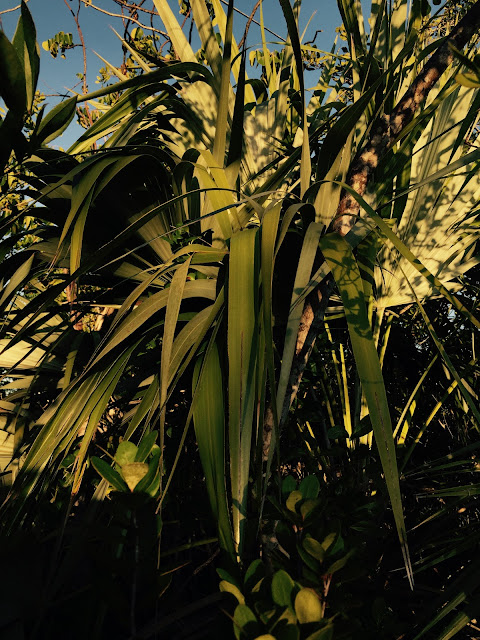 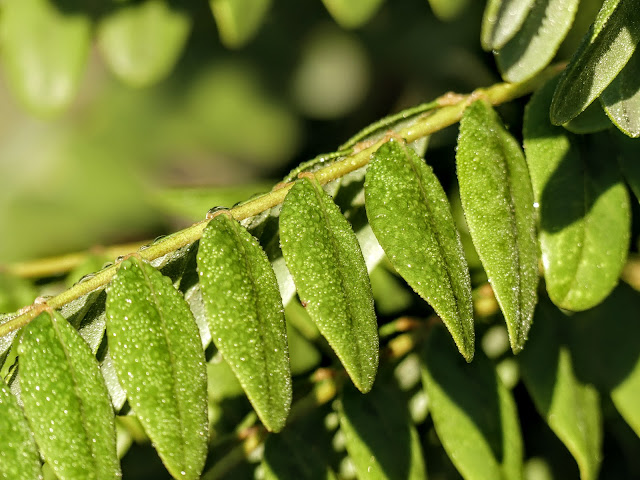 Rusty and my camera were enough; the rest was noise.
Posted by Conchscooter at 12:00 AM 1 comment: