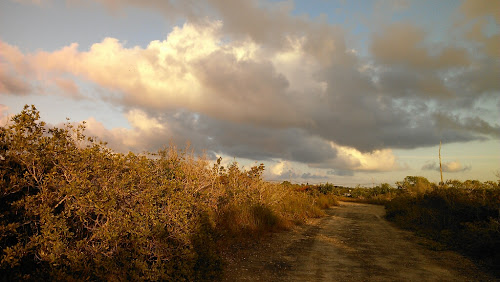 To discuss the weather in the Florida Keys is not typically a very fruitful occupation as of variation there is not usually much. Indeed people Up North treat weather here as a positive bore as it rarely ever changes, they say. I notice heat and humidity in summer along with rain and thunderstorms while winter is usually cooler and drier with just a little rain preceding cold fronts. This winter has been almost as mild as last winter and perhaps even more delightful thanks to occasional cool spells, and one such is upon us now. 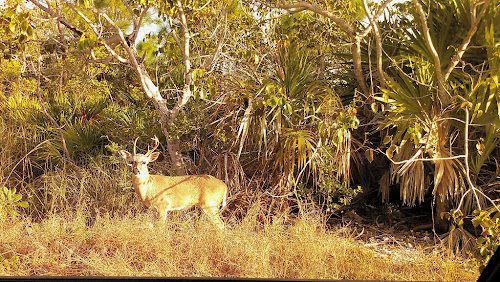 However when I say "cold front" it barely merits the title. Years ago February saw a constant round of temperatures plummeting to below sixty, then slowly climbing up over eighty degrees in an endless cycle as the winter progressed. Nowadays everything seems to have evened out and we get less low temperatures but summer last year took months to kick in. Usually it's hot and humid again by April or May but last year it seemed like July was still not up to the usual inferno levels of summers past. I suspect climate change will continue to increase the weird variations in local weather but I'd like to hope that the closer to the equator one is, perhaps less variation there will be. Who knows? 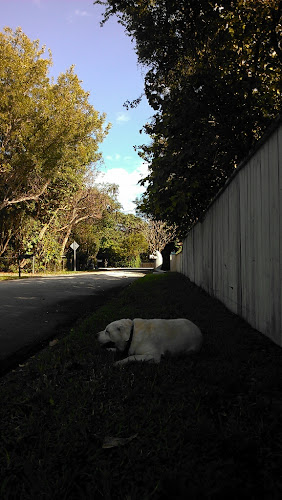 Certainly I have not been alone in enjoying winter, but as I've been working a lot of overtime most of my outdoor walks are spent with my dog in neighborhoods preferred by her and thus possibly less scenic than one might like in the Fabulous a Florida Keys. I've encountered lots of winter residents who seem to enjoy rather more energetic and social forms of exercise than my dog and I, as we amble the lanes and woods by ourselves. I thought I was getting run down by Daleks when I crossed paths with a platoon of nattering elderly tricyclists on Big Pine. They waved cheerfully and pedaled on sweating slightly in summer clothing suitable to the early morning temperatures hovering around seventy degrees (20C). 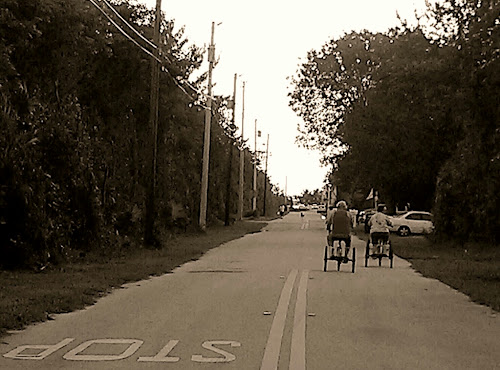 I have been feeling pangs of guilt as I read about the devastation of drought in California, Montana buried under a giant snowdrift, end endless dreary rain in the Padific Northwest while in Europe epic floods are drowning homes right and left. What about hurricanes? People ask, their first thought about Life in Key West. After a hurricane at least when power goes out you won't die of hypothermia. Far from it, mosquito bites perhaps and a surfeit if warm beer, but hypothermia is not a problem. Even riding a motorcycle home in the rain from work requires nothing more than a light Frogg Togg rain suit. 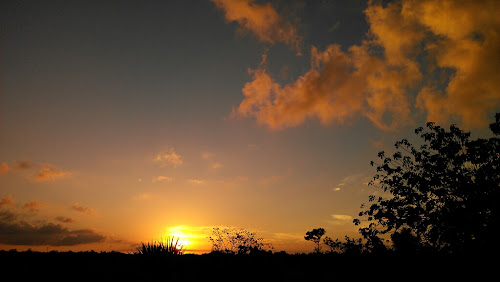 Unlike our neighbors slightly to the north who are now getting clobbered by snow, ice storms, power outages, snarled traffic, school closures, canceled flights and gruesome widespread misery I am reveling in a weak man's idea of winter weather. These fearsome pictures I found online from Associated Press photographers in the Carolinas and they gave me pause for thought. 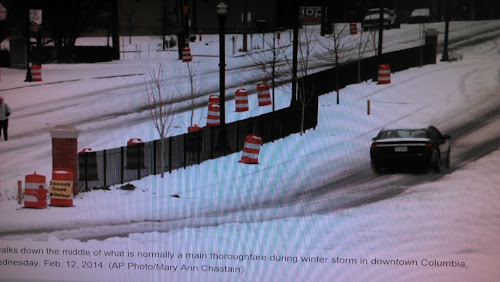 Thirteen people have died in conditions that would make Richard in Fairbanks yawn. He rides his sidecar combination in far worse weather than this. Richard's Page frequently talks in winter about temperatures that make my teeth curl just to read about them. Try three hours of sunlight and minus thirty degrees on for size. Not me. Snow tires on a motorcycle? A joke surely, and very funny in my opinion. Yet sadly it's all true. 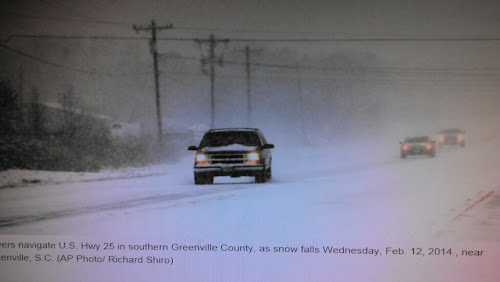 Some people enjoy this stuff but I am not one of them. I have no idea why we are too far south for much of anything to reach us, but I am pretty sure Cheyenne would welcome temperatures around freezing. Too bad for her I am the driver in the family and we have no snowy road trips planned. No chance. 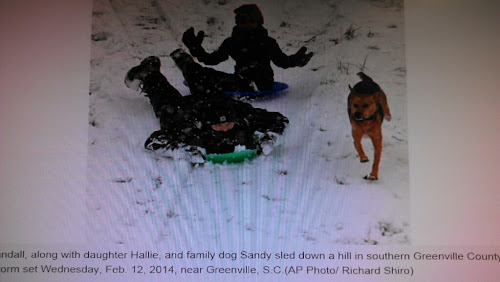 I might not mind a vacation in a well stocked location set in a snowfield with heat and nowhere to be, but the idea of working in these conditions is beyond anything I can imagine doing with a smile. I am none too keen on being out and about in a strong cold front, while is take pleasure in being out in summers heat, though I do like my air conditioning very much! 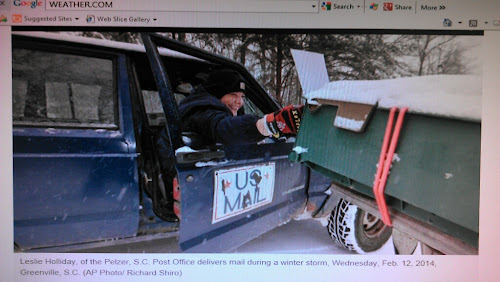 Our forecast for the next few days is absurdly out of synch with what's happening elsewhere. Yes it's true there is a cold front sweeping the Keys with some rain and thunder while North Carolina and Virginia get raked with ice and snow. Nothing severe enough here to keep me off the Triumph Bonneville for my commute, not even Friday night with a low of 62F/16C. Temperatures will hover below seventy all day Friday but by Sunday it should be back up to 80F/27C during the day. 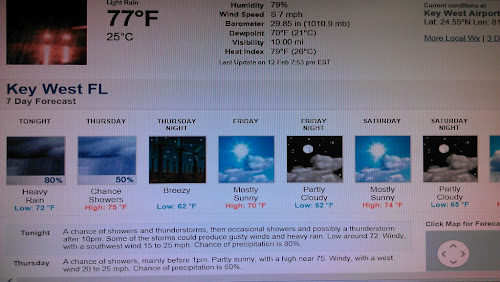 I wonder how the poor and the homeless and all those dogs and cats and outdoor animals will cope across the Deep South as reporters call our neighbors, rather inanely I think. I would not do well at all in an ice storm. And I'd bitch endlessly and in a boring monotone fashion. I am a weather coward and I would be the first kicked out of the igloo just to restore peace and quiet in the tribe. Now I'd better go and hunt down a pair of socks to confront this wave of cold weather heading our way, as I'll still have to walk the dog in it no matter how cold it gets in the Keys.