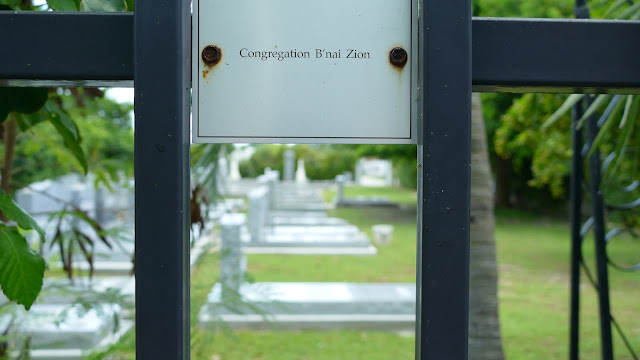 We are told Key West has the oldest Jewish community in Florida which isn't surprising when we also learn Key West was the largest city in a state rendered mostly uninhabitable by heat humidity and mosquito borne yellow fever. Not that they didn't die of yellow fever in Key West, people did in drives, but it was worse on the mainland, much worse. 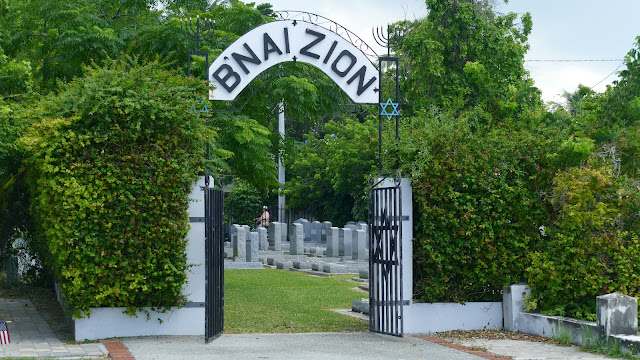 There is this corner of the cemetery set aside for Jews just as Catholic's have their corner but you will find  members of both sects scattered through the main cemetery. Apparently Jews can be buried outside their own cemeteries with appropriate permissions form religious leaders. 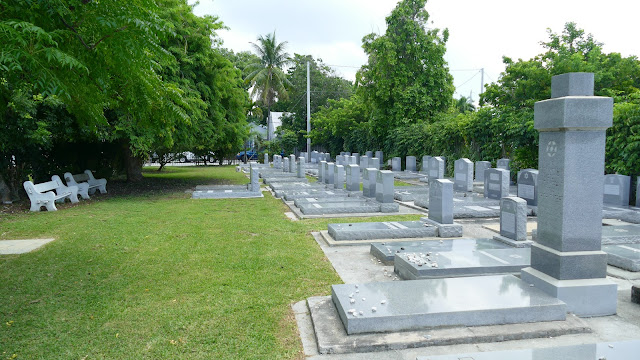 I went looking to see if any of the graves had my wife's last name but I could only get as close as one maternal grandmother, but who knows what I missed. 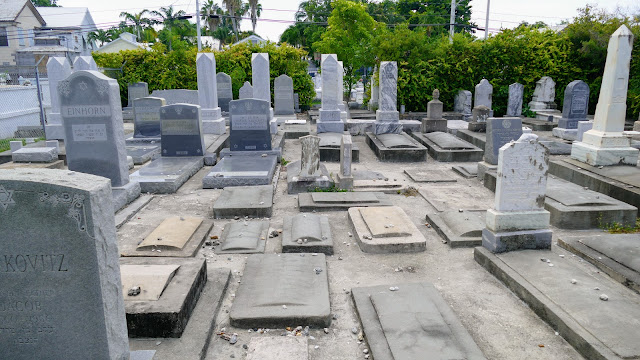 For those that don't know it is traditional in Jewish cemeteries to place a pebble on the grave when you visit a loved one. More than marking your visit the stone is supposed to represent your devotion to assisting the soul of the dead person which is said to be residing in the grave for a period after burial. 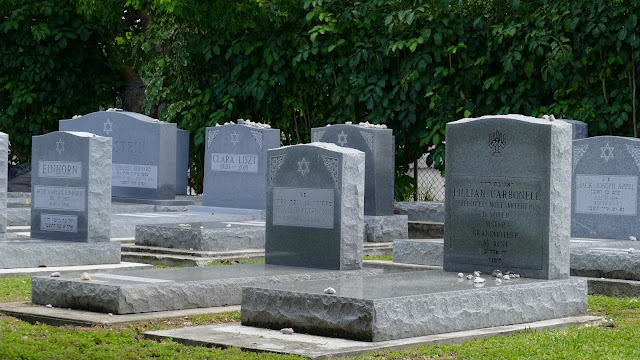 When we went to visit my wife's family graves in Illinois they had a bucket at the entrance filled with suitable pebbles for visitors to deploy. For some reason flowers are viewed as not suitable and you won't see them in Jewish cemetery. On the other hand Judaism is a beautifully flexible religion is some respects and local custom is local custom so I'll bet some cemetery somewhere has flowers! 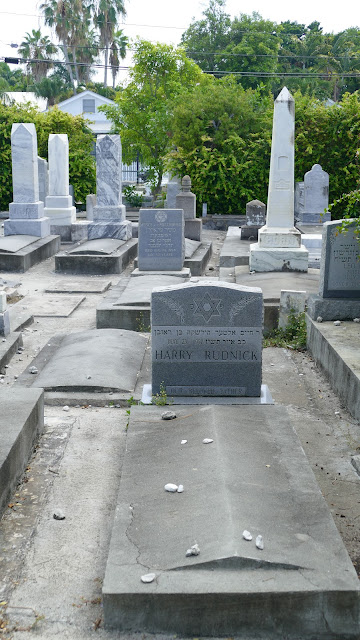 One thing I like about Jewish cemeteries is the stipulation that all graves should look similar. The idea behind this custom is to "not put to shame" those members of the community who cannot afford lavish markers. Serenity in equality. 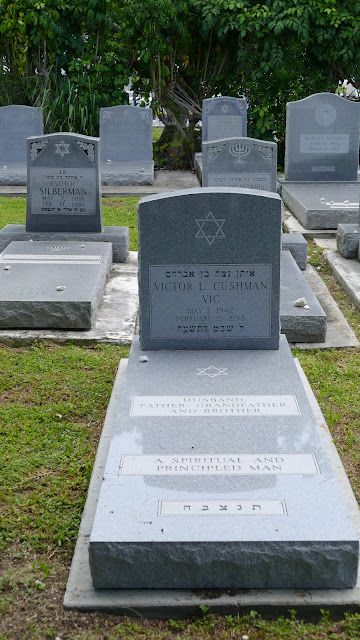 I also like the custom of including a line about the deceased, though photographs and representations of human forms are not allowed, I'm told. From the Chabad instructions:

When preparing the text for the tombstone, one should avoid embellishing the deceased's qualities and praises, since some believe that the soul will have to account for what is written there during judgment. 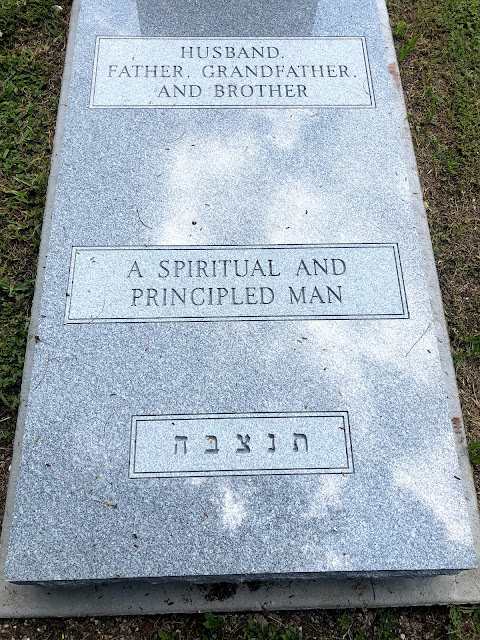 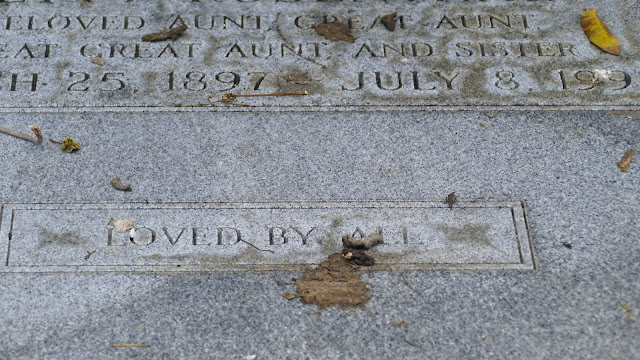 Again Chabad, a fairly Orthodox branch of Judaism:
It is best to use only the Hebrew language for writing on the tombstone. It is also highly advisable to review the text with a competent rabbi before ordering the tombstone. 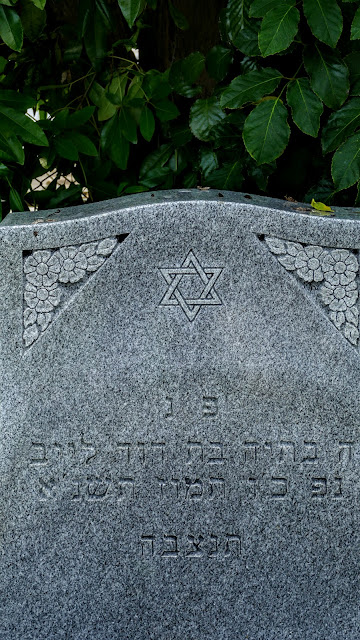 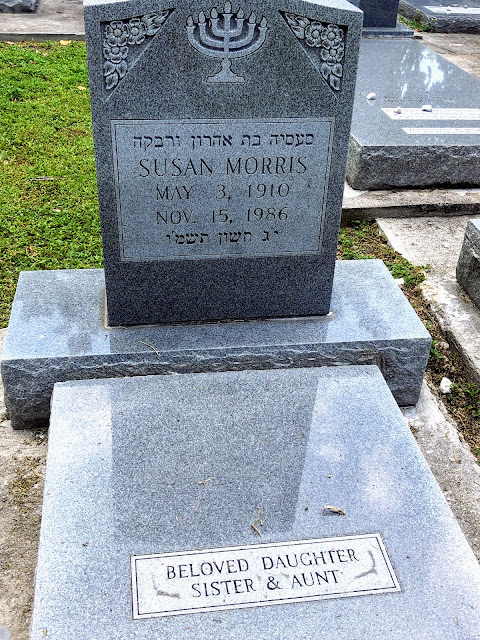 Locally the Appelrouth name is well known thanks to the lane between Duval and Whitehead Streets. That Appelrouth was a well known and well respected merchant with a store in Key West. 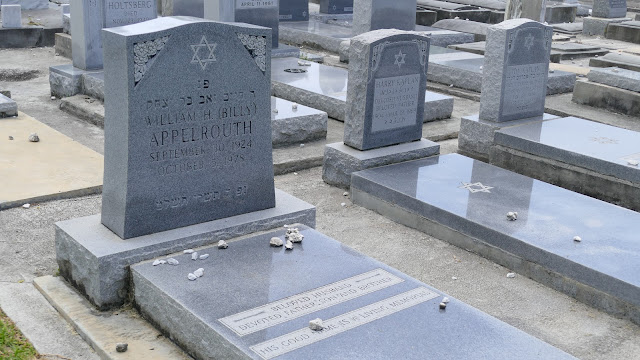 Aronovitz also has an eponymous lane and recently the Federal Building on Simonton Street was named for the Miami based Judge Sidney Aronovitz who was born in Key West in 1920 and died in 1997. 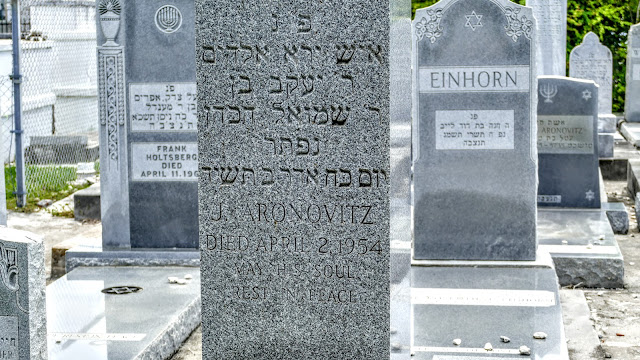 Key West always leaves its mark and perhaps especially in a quiet spot like a cemetery: 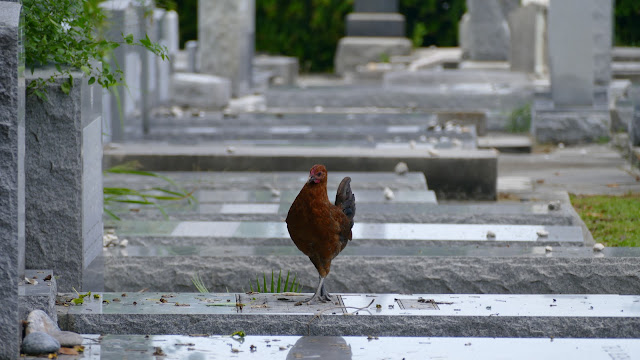 It is a very special corner of Key West history tucked away and next time I shall plan ahead and bring my yarmulke which I did not think to bring and which left me, a lapsed Catholic feeling a bit uncovered. My wife would not have berated me at least, as she is forgiving of my lapses in the face of the complexities of her religion. 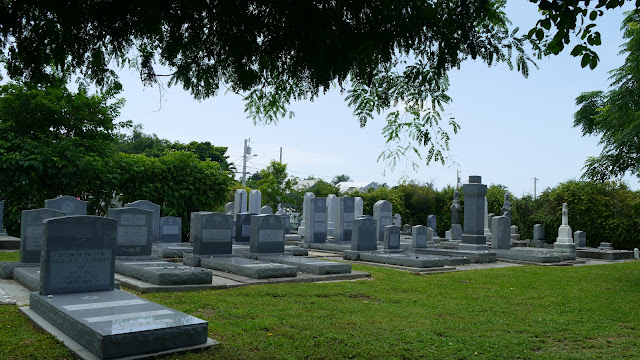