Honey and Elvis Presley. That is what Tupelo Mississippi is known for, and even then I'm not sure how much one can say this sleepy little town in the northern part of he state can be said to be "known." the honey connection isn't and Elvis is associated with Memphis more than Tupelo. Yet this was a town worth seeing. 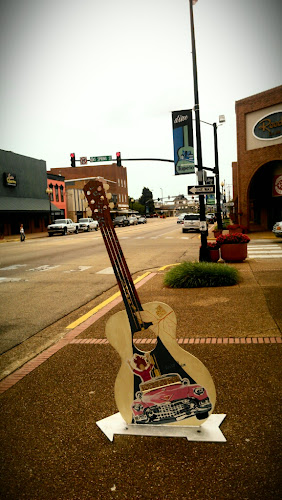 I will say the drive from Oxford to Tupelo was divine, on a winding wooded road that had me wondering where I'd left my Bonneville. The road dipped and twisted, a perfectly smooth ribbon of black asphalt through the trees, across fields and farms and of course eventually it dead ended into a bland wide straight four lane highway that led directly to La Quinta on the outskirts of Tupelo. 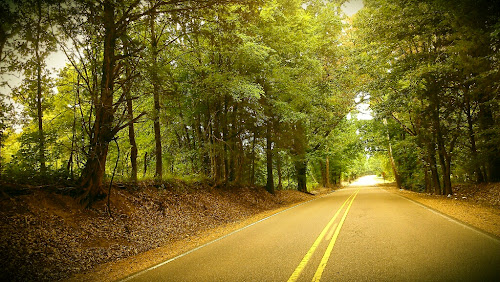 Tupelo is actually a pepperidge tree (whatever that is) and the town is apparently named for that. 35,000 people live there and the big claim to fame is that Elvis Prelsey was born here and survived a tornado that killed 240 other people. 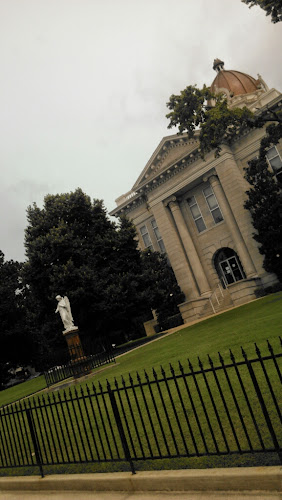 The architecture is firmly rooted in the past, Palladian public buildings and a nod to the angelic on the front lawn seems to go down a treat in a state where constitutional law is a nuisance imposed by "big government." I also found a monument embossed with a high falutin' sentiment that made no sense to me when put into context. 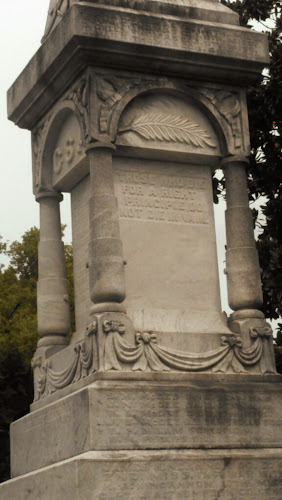 The sign said Those who die for a right principle do not die in vain. Who can argue with that, no one can until...you remember the "right principle" was the right to enslave people. I wonder what Missisisppi would be like if their leaders could get with the program and join the 21st century. 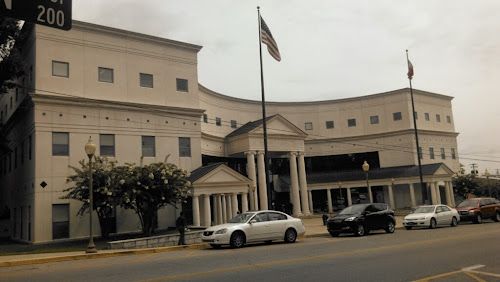 There is great physical beauty in these old towns, some of it grandiose and rather poorly proportioned like the justice building shown above which proudly flies the state flag, a flag that includes brilliantly, the Stars and Bars representing the "right principle" mentioned above. 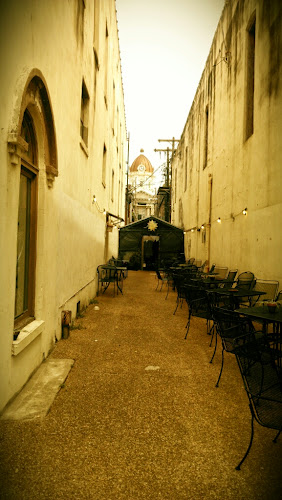 The cupola of the Lee County Courthouse suddenly looked as though I was transplanted to Florence in Italy. Elegance is a lovely thing, and honestly I wouldnt mind seeing a little bit of it on the streets of Key West. 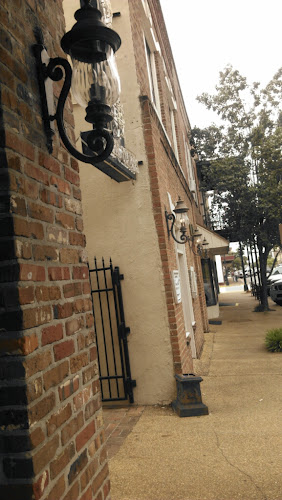 The British and the French fought over this spot in 1763 and Americans killed Americans here in 1864 when it was called Gum Pond supposedly for the gum trees (tupelos) in the area. The civil war battle of Tupelo gave the city it's modern name. Machine Gun Kelly robbed his last bank here in 1932, an even that brings to mind the Bonnie and Clyde myth making of the era. The brick buildings look like they were here when the bank robbers were in town. 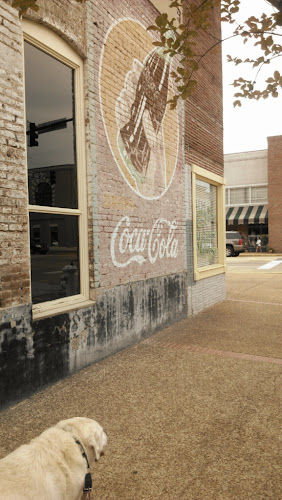 You can see Tupelo had money in the early ears of the last century, the signs were everywhere, just like this entrance to a dust catcher shop celebrating earlier glory days: 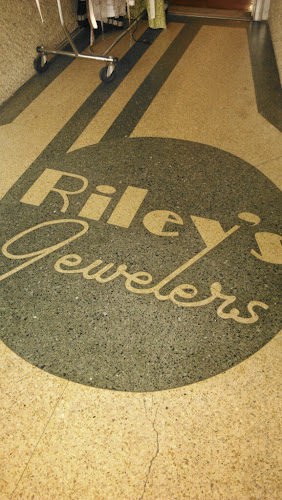 The whole Johnny Reb thing is a weird holdover that doesn't mix well with the modern preoccupation with nationalism in the face of some supposed need to fight foreign wars. Around the corner we read of the "right principle" of secession to preserve slavery and here we see appeals to patriotism that in 1864 would have won you no Tupelo friends. So why I ask myself do they keep harking back? 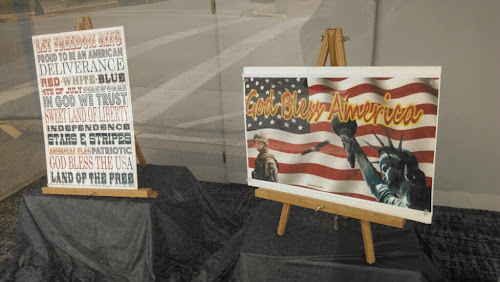 It was a hot muggy day when we visited, the La Quinta was new and we were greeted as though old friends, which sounds corny but was delightful. We went into town to walk around and see what was what. It's less than two hours by car meandering from Oxford so we were well in time for lunch. 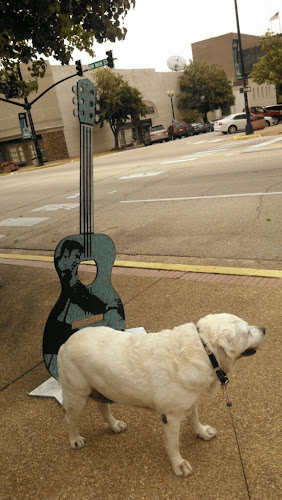 Wide streets, clean sidewalks and an air of confident prosperity greeted us. 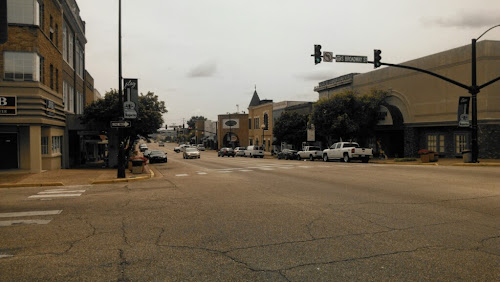 My wife had been consulting the entrails in her iPhone and TripAdvisor and Urban Spoon agreed: Tea For T'Arts. I love tea so a tearoom sounded perfect. I ended up feeling chronically underdressed as we greeted by dresses and doilies and mercifully, ample air conditioning. 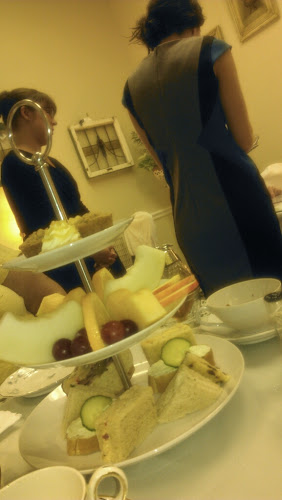 Lunch was a series of sandwiches, cream cheese and pineapple, chicken salad, hot ham and Swiss cheese and so forth. It was great fun and I sucked down the China Oolong till I started to begin to feel revived. I captioned this picture in my mind as "a bull in a china shop": 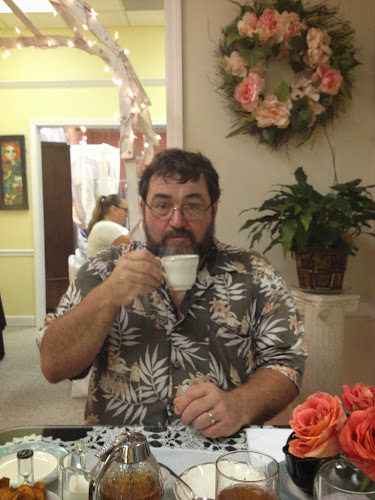 The tearoom is actually a fund raising mission for local arts causes.we were there the day our tip went o the symphony so it was tea for a worthy cause. Our neighbors were two little old ladies who clearly were locals and dithered for a while over whether they wanted their usuals or were they willing to step out for a change? I sympathized with their dilemma and I silently applauded their decision to stick with their usuals. I do the same when I eat out in Key West. I think it's an affectation of age, one dithers and finally one plumps for the safe choice. 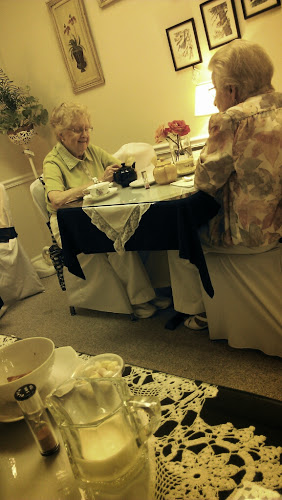 Their conversation was a revelation because in their youth they certainly had stepped outside their comfort zones, and we heard it all. The one on the left started out by admiring the jewelry of the one on the right and it turns out it was an Egyptian cartouche which she had picked up on a trip down the Nile. She quite liked Luxor too it turned out. 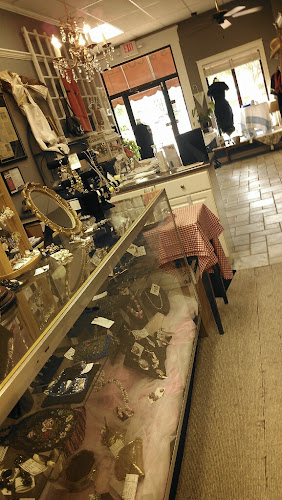 I asked our 'waitress' a member of the Tupelo Symphony Board in real life what people do for a living in Tupelo and it seems this little town is a hub for manufacturing and industry. People work here which in times like these comes as a bit of a change from the usual unemployment talk. I'd like to think the make a living wage but that may be a lot to ask. 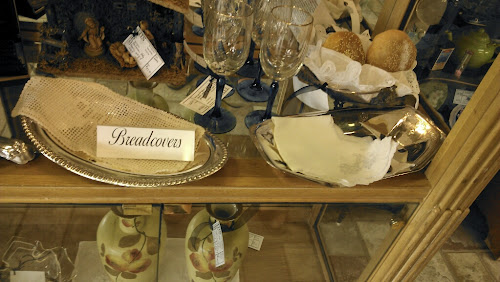 We had the devil's own job finding Tupelo Honey in Tupelo, which it seems is actually a popular product from northwest Florida Tupelo Honey Facts - Tupelo Honey from Wewahitchka Florida - Smiley Apiaries which is what you get when you don't do your research. We found a delicious German bakery run by a German immigrant, and a delicious chocolate factory operated by someone who knows their chocolate and my wife finally found a jar of her honey. 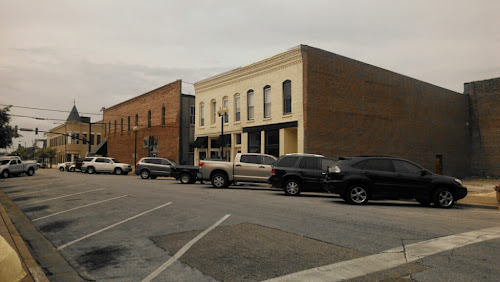 I want to go back to Tupelo.

Posted with Blogsy
Posted by Conchscooter at 12:02 AM 2 comments: