People never cease to amaze me and a few weeks ago when I met a long time resident of Miami who told me he'd never been to Key West I was, once again, amazed. Lack of curiosity is a cardinal sin in a human being it seems to me. Time is short and there is much to be seen. Like the odd shapes of homes in Key West, an histrionic district unlike any other in North America. 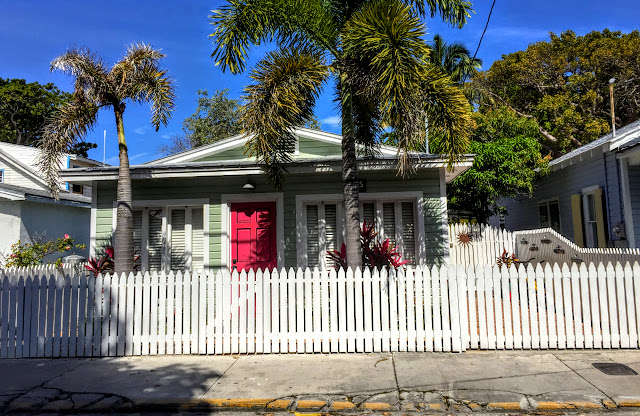 "Exclusive cottages" the rental sign said the kind of signage which always prompts me to parse the true meaning  of the sentiment expressed. Exclusive to whom?  Surely not someone who thinks Olivia Street is waterfront overlooking azure tropical seas like the sign shows? 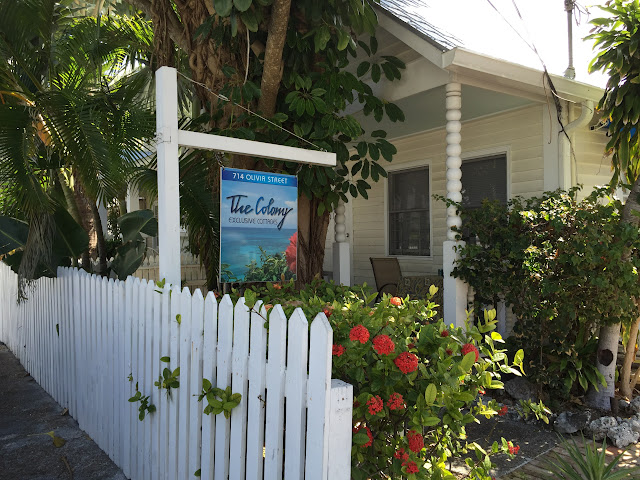 Classic Key West wooden homes have lots of angles and lines and decorations carved into the wood. Porches abound on houses raised slightly off the ground. 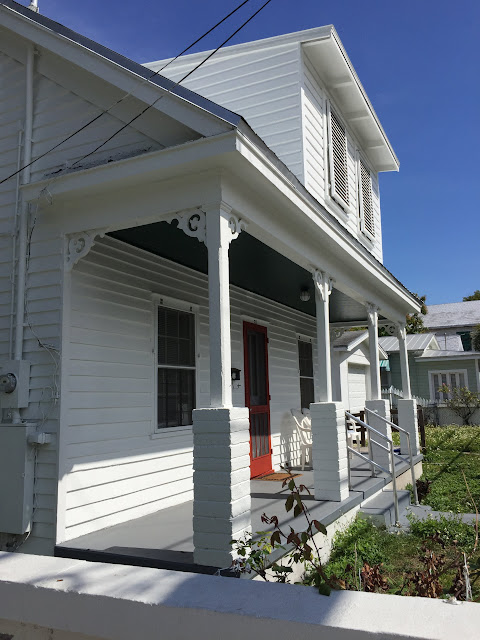 Construction always amazes me here. The requirement is supposed to be preservation of the character of Old Town, not that businesses are required to be so strict these days. There is no room here for large construction trucks, and working out doors can be hot and sticky even this time of year. A true challenge. 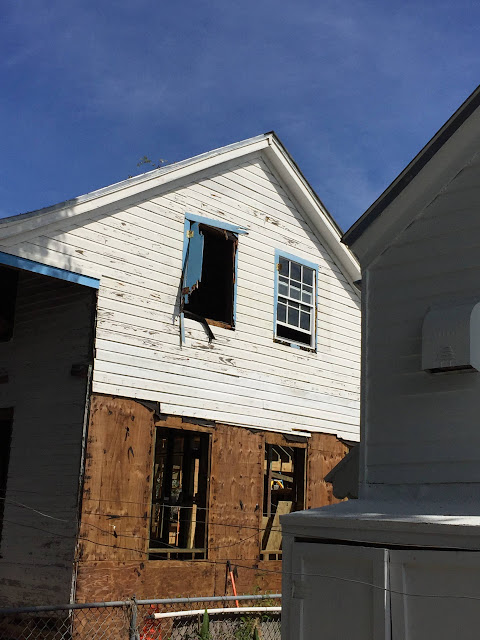 An eyebrow house being kept up: 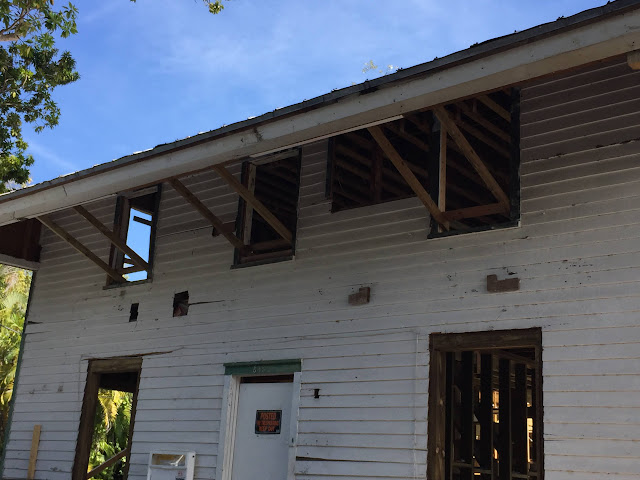 It was a design feature in Key West to extend the roof line over the top windows with the idea that they could be left open in inclement weather to air the house. Later the discovery was made that the overhang trapped hot air and didn't work so the design was dropped. 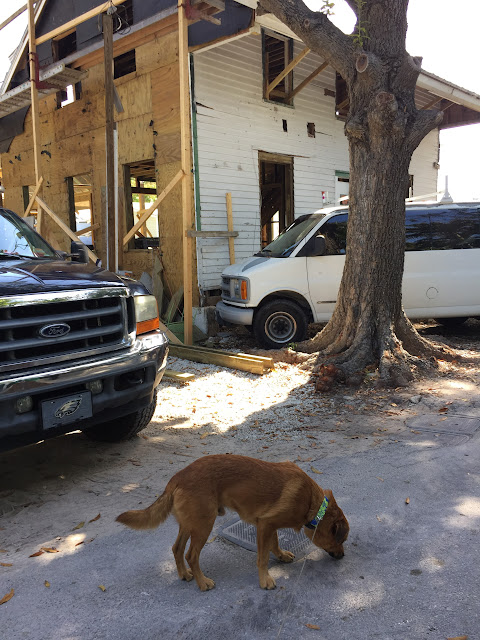 Winter visitors are easily identified by their car covers, left in place for the summer: 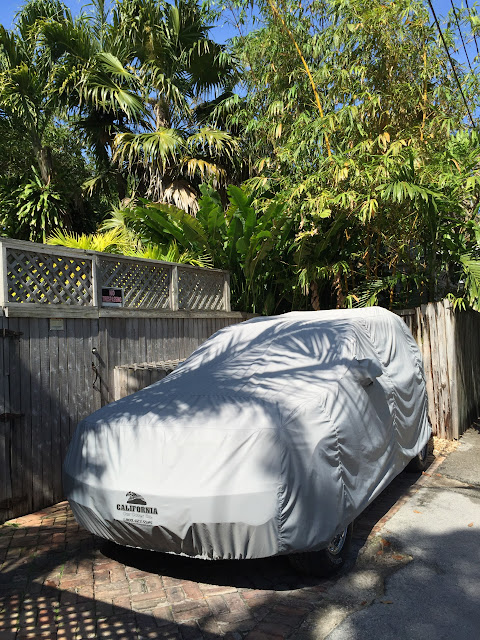 A trailer! Unusual sight here surrounded by expensive homes. Grandfathered in to defy the rapid pace of gentrification. 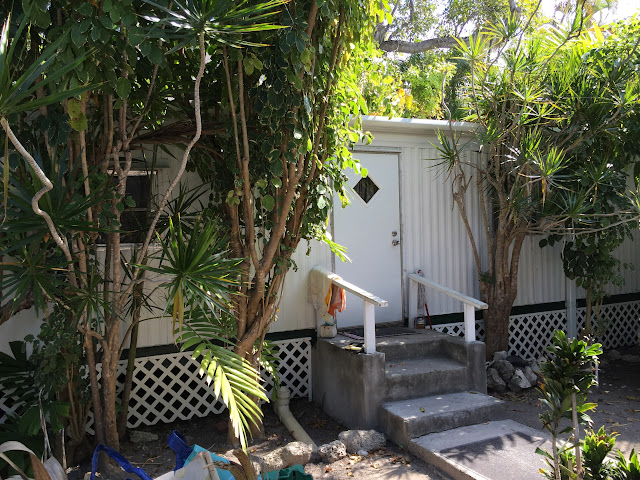 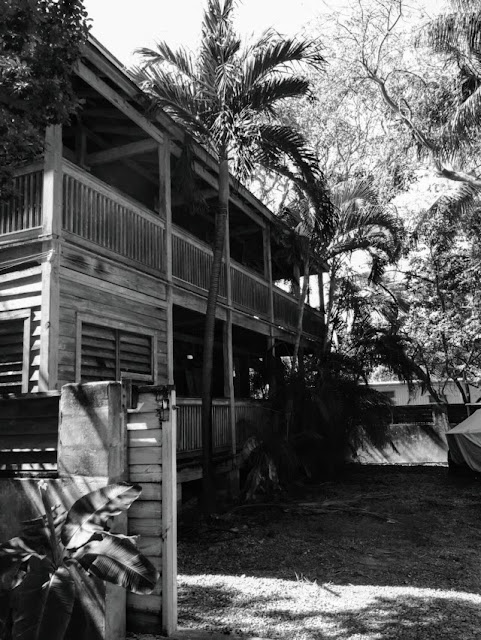 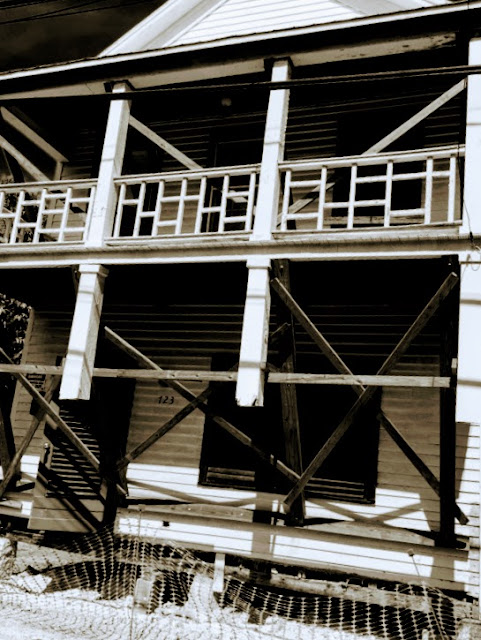 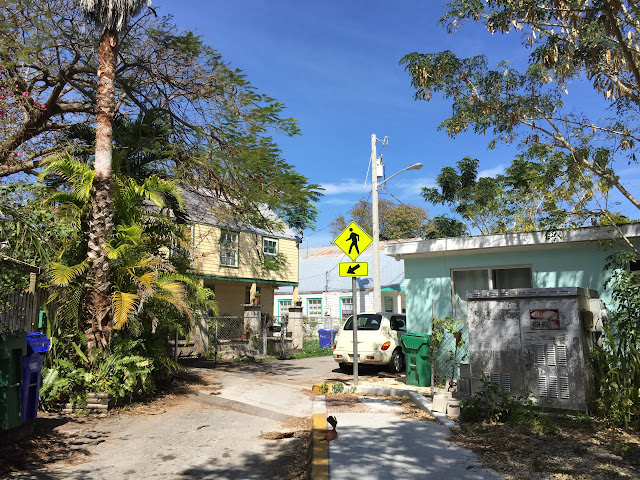