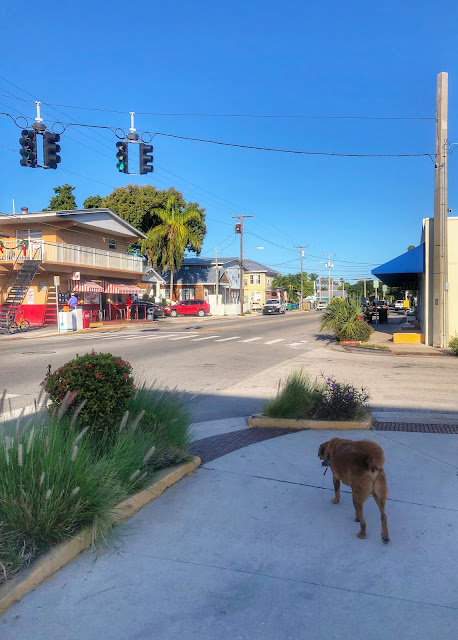 Ambling around on White Street around 8:30 with the sun low and behind us. Sandy's Cafe now offers smoothies. Maybe it always did but I only ever order coffee to drink from them. Why else go to a Cuban coffee shop? 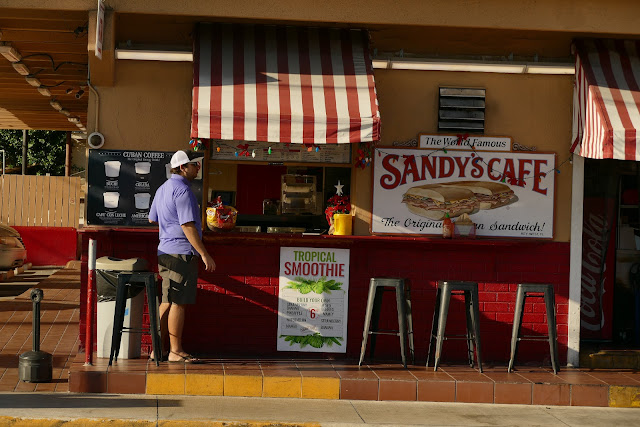 This building cracks me. A Commercial paint shop also housing totally hippy food outlets. Both valuable but they just don't look quite right set in the same location. In Key West where space is at a premium and land costs are correspondingly high it makes perfect sense. 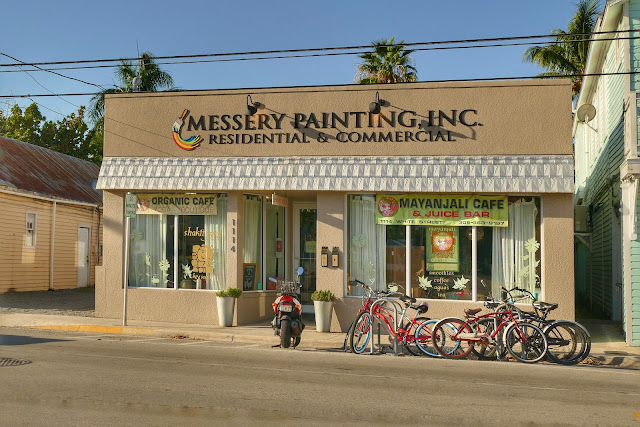 No one could remember how to say the original name of this rather interesting restaurant so now they call it The Oasis, which any American can grasp. "Al Maidah" means table spread for a feast in Arabic according to the ever alert Wikipedia. 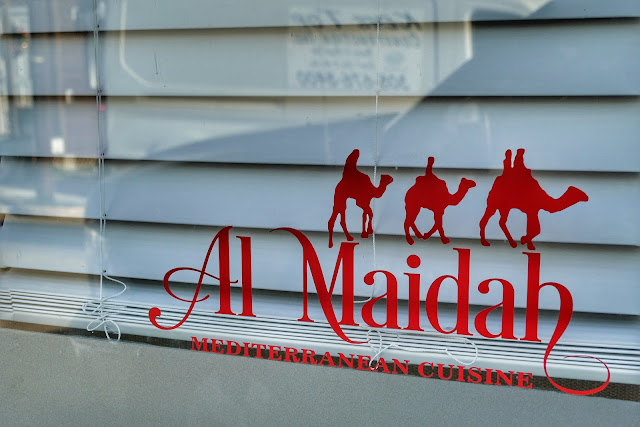 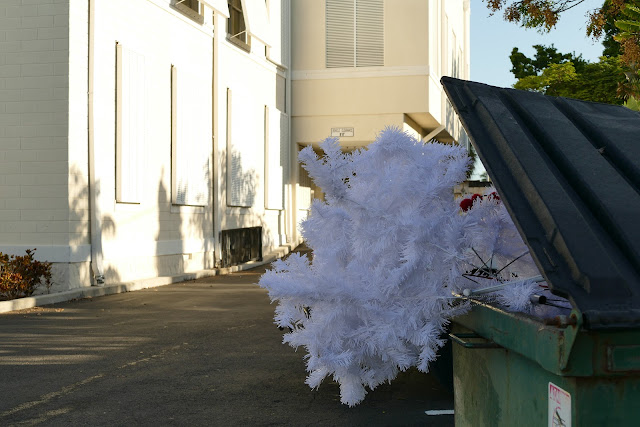 I paused to exchange pleasantries with this guy. I've seen him shuffling around Key West for years refusing help and minding his own business. How long have you been walking Key West I asked. 46 years he said. Does it get boring hanging around I asked. My fear of homelessness is having all time and no money to spend every single day. Boring? he said. Key West is never boring. 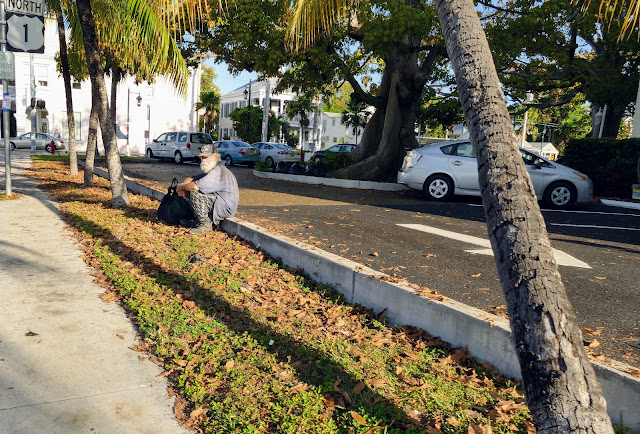 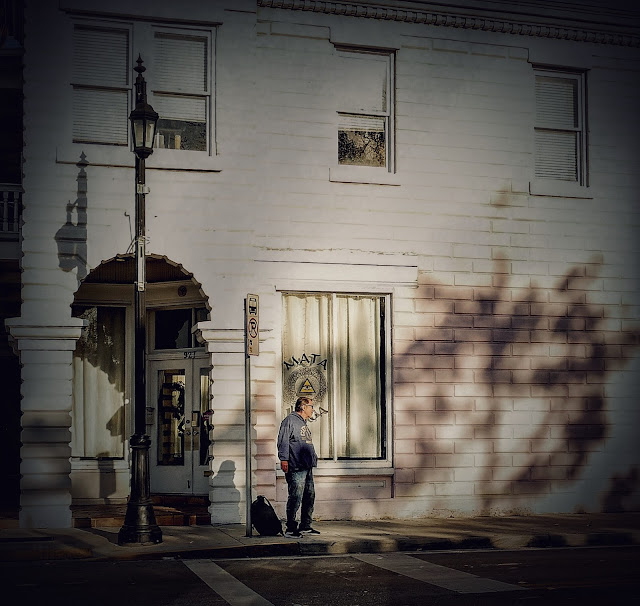 Probably better off being a passenger on Truman Avenue in winter: 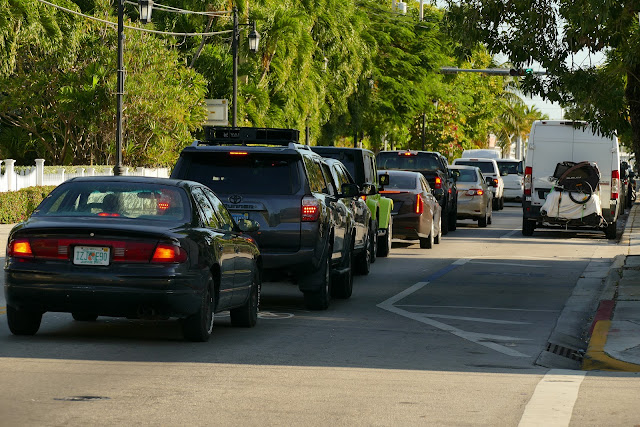 Or better yet riding a  skateboard up the sidewalk. 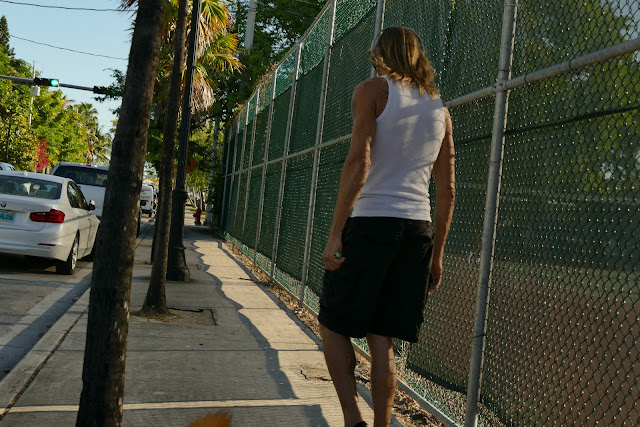 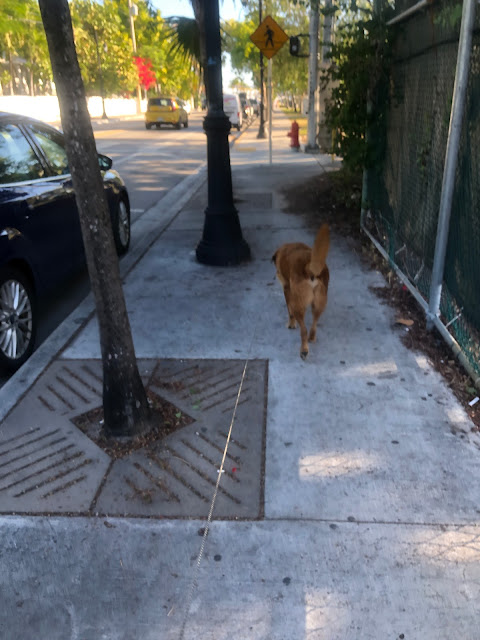 A rare selfie. I forget why I took it but I can never coordinate a smile with the photograph. Because I am incompetent. 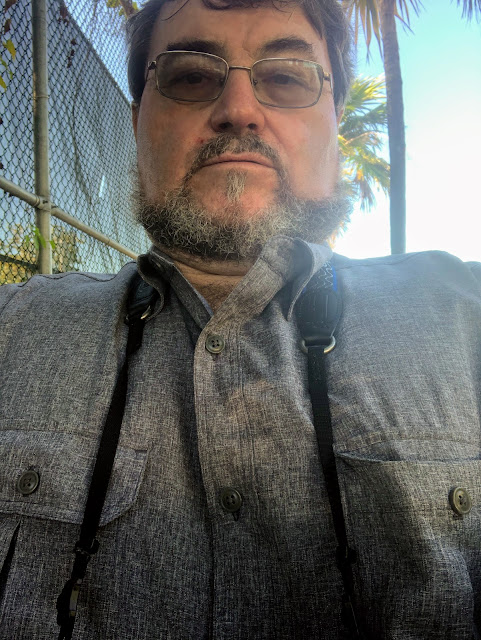 More wheels sharing the road, deep into the shade of the Meadows. A former meadow and now a neighborhood. 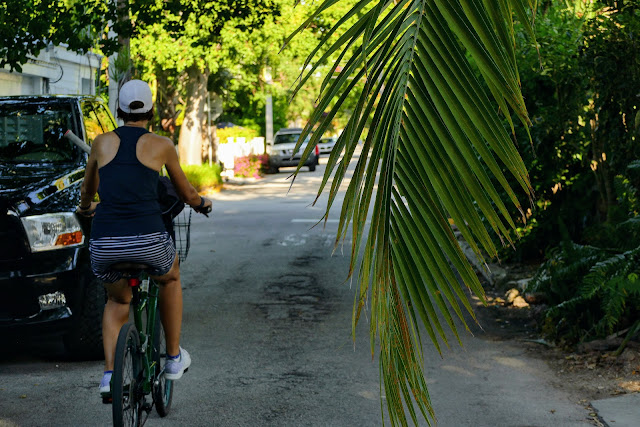 Across Truman I knew of a spot to take a break with a  low wall for me and a patch of grass for Himself. 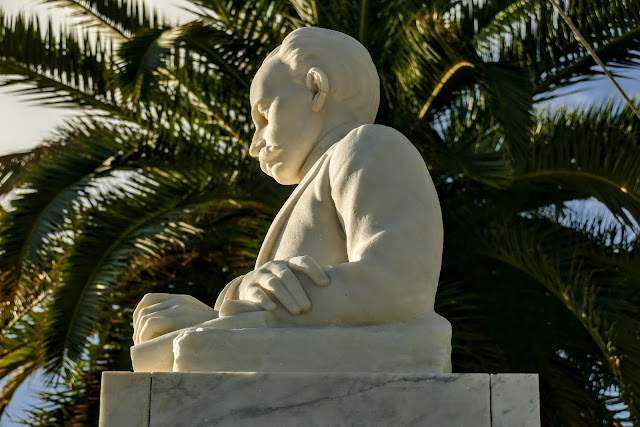 Jose Marti, the revolutionary claimed by everybody. The Cuban government praises him for fighting Spanish colonial domination in Cuba meanwhile the right wing exiles in Miami hold him up as an example of the fight against oppression and in Key West he is one of the most famous people to blow through town in the 19th century.  Read all about him: Wikipedia 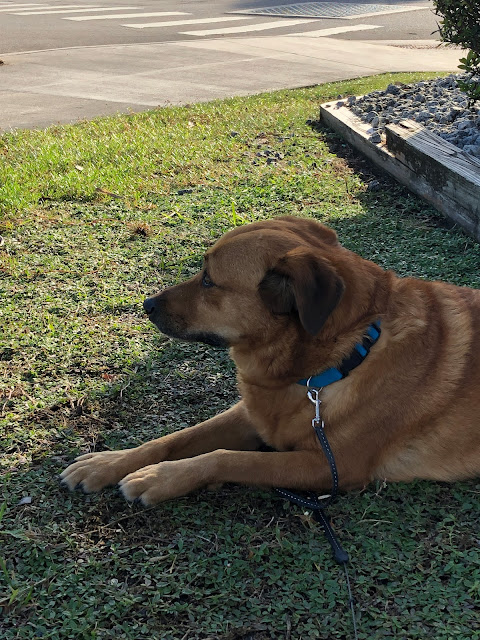 Companionable silence, always golden.
Posted by Conchscooter at 12:00 AM 2 comments: