The city has been spending some money on one of my favorite pocket parks in Old Town. The new sign... 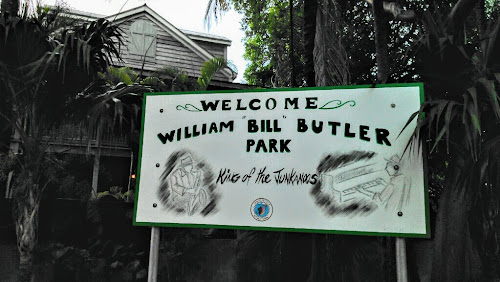 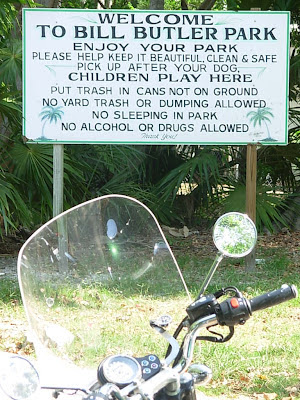 Junkanoo is  a Christmas/New Year's celebration in the Bahamas, a street fair similar to Carnival or the original spirit of Goombay on Petronia Street before Fantasy Fest. Bill Butler was a  musical legend in key West who held jamborees he called Junkanoos and he was also well known for his New Orleans style funeral jazz performances. He died of an aneurysm in 1984 and the park was dedicated to him. 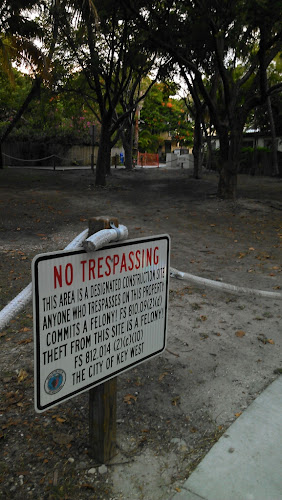 His family felt the park named for him was starting to slip into disrepair and they petitioned the city commission to get it up to scratch again which has been happening this summer, though the work is not quite complete. Before: 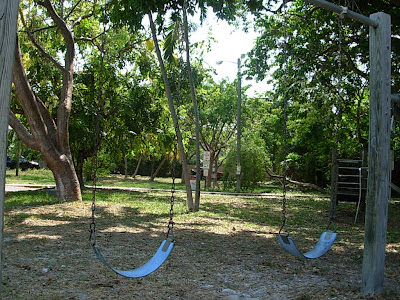 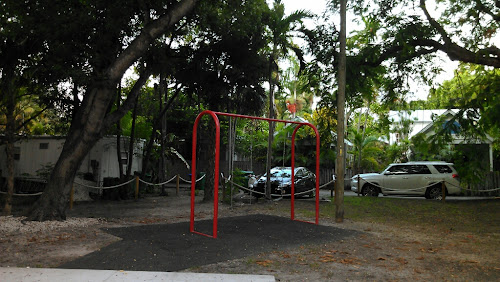 After (above). Before (below): 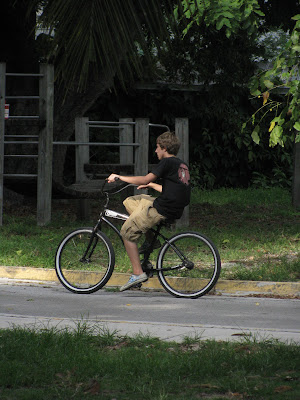 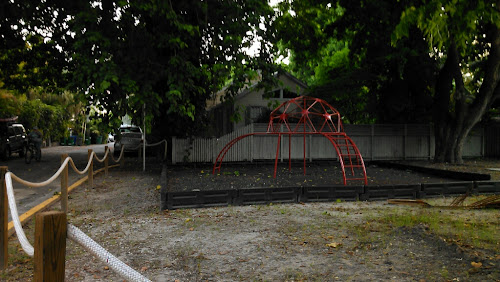 We passed a man sitting out enjoying the morning with his coffee which seems an eminently suitable way to enjoy Bill Butler park if you aren't encumbered with a dog: 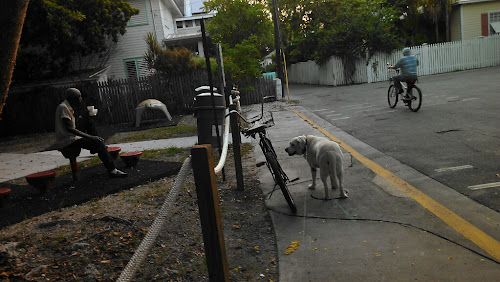 There are more and better childrens' playground facilities now and larger more descriptive rule books posted all round the park: 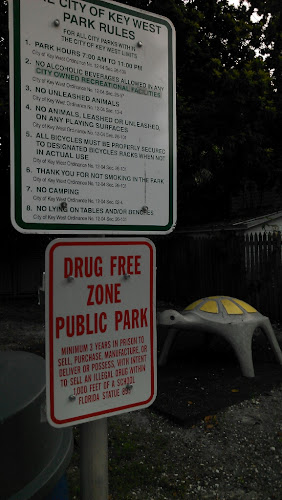 Which have always been there: 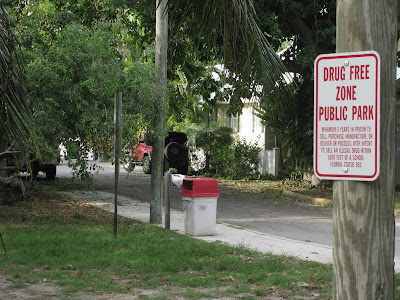 There is a small parking lot in the park but don't count on finding a space there, better to use a scooter or a bicycle or to come on foot.

Besides not everyone is quite used to driving these narrow lanes to get into Bill Butler Park: 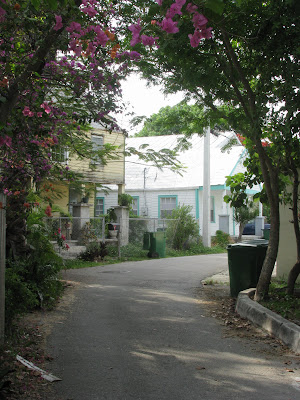 For such a small place this  park has quite a bit of history. They say it was originally home to the Monroe County Colored Folks Home (sic!) which provided shelter to indigent seniors in the days of racial segregation. The connection to Bill Butler came from his habit of starting his New Year's  Junkanoo parades from this park. 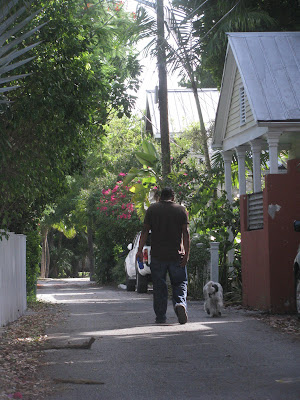 Perhaps those were the good old days. No such thing exists today.