I've been busy enough that I only recently realized I haven't been on Duval Street lately, and when I found myself strolling the main drag I discovered once again a place of color and life. It looked good, which surprised me as I tend to subscribe to the conventional wisdom that Duval Street, named for Florida's first territorial governor, is pretty much useless. Unless you suddenly need a t-shirt describing your penis to all passersby, or if it occurs to you that a palm reading has'nt taken place lately in your life. Yet for all it lacks useful commerce Duval looks good at dusk. 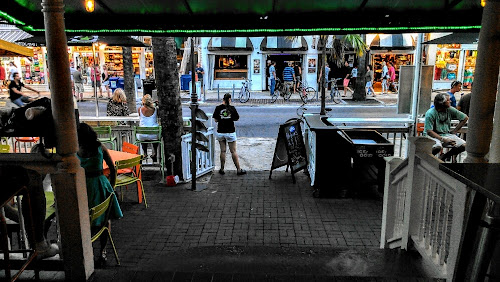 I wasn't even drinking as we strolled Lower Duval, the north end of the street, and did some all too brief people watching, but it struck me differently. I like the colors at dusk, the people strolling and window shopping... 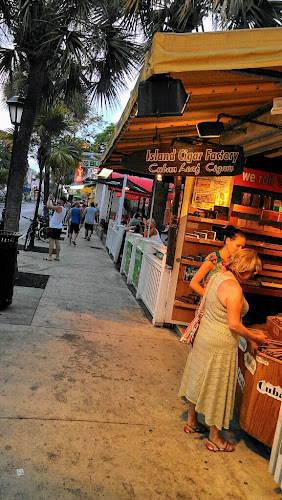 ...it was festive, oddly enough, on a regular weekday evening. I don't usually take the time to slow down on Duval as I am going somewhere or to something, as indeed I was last Friday. Yet I wanted to linger on the street for a while. 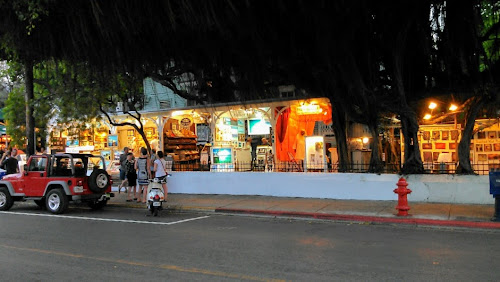 Usually winter is too crowded for me down here but this past high tourist season I have been downtown a lot for some reason, but not dawdling. I'm not fond of fruit drinks but I wondered for a moment if we should stop and have a daiquiri drink instead of going to a performance...the others were already far ahead making a beeline for the Red Barn box office. 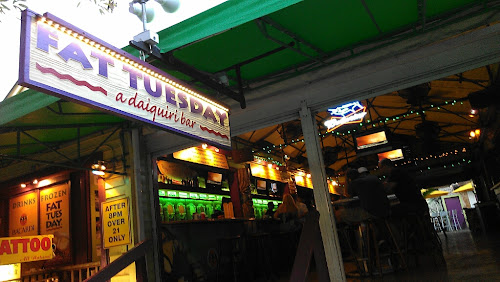 I envied these two strangers, at the quietest bar in town, no jostling for attention, no noise. I once again wished I weren't going to work later. 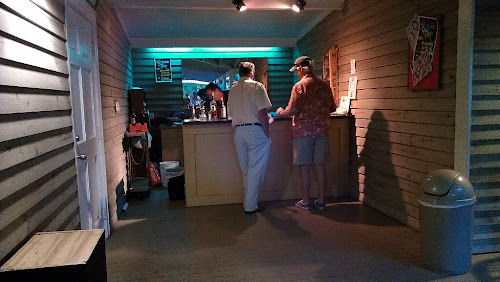 We watched seven distinct short attention span comedies RANDOM ACTS OF COMEDY AT RED BARN THEATRE and to their credit they remain clear, distinct and thought provoking in my memory bank. An evening of funny and poignant theater, so I did not feel deprived, in the end, by not being allowed to dawdle on Duval.