Goldman's Deli in Key West is one of those eateries that persists and perseveres through dint of hard work and value for money. This is not glamour dining but the best kind of cafe breakfast and lunch joints. And because I work nights and I live up the Keys I don't eat here very often at all. Last Monday my wife and I had an hour to burn before we hoped to go and check dogs out at the pound so I suggested we have breakfast. 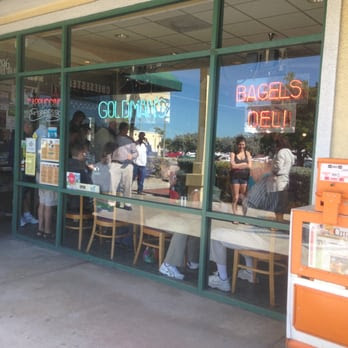 Really Goldman's is that kind of place, you drop in and try to merge with the flow of busy staff, a busy counter and ambling customers.  When we arrived it wasn't even that busy. Then it started to fill and I mentioned to my wife that the flow of customers suddenly arriving put me in mind of Charlie's Charts. Almost twenty years ago my wife and I and two dogs sailed our catamaran from California to Key West and we discovered this particular phenomenon that I shall try to describe and which has followed us into our life ashore. 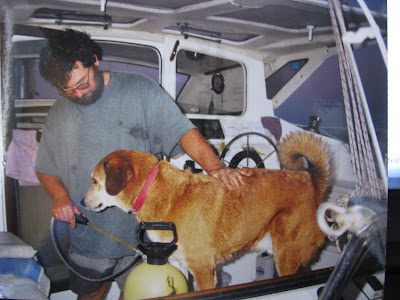 The guidebook we used when we navigated Mexico's west coast was written by a guy called Charlie and his chart book was packed with gorgeous charts, all painstakingly hand drawn, with three dimensional of rocks, shaded lines for beaches and anchorages marked by little anchors. We loved reading the directions and planning stops. The Internet is a miracle worker so I can show you a sample map like this:

What we discovered was that all sail boats  would head for Charlie's anchorages as marked with the little anchor. We would often seek solitude in our shallow draft Gemini catamaran and in a large bay like Tenacatita we  might choose to anchor in a spot of our own choosing, away from the anchors. Then dammit other boats would spot us and think, hmm that looks good let's try it. We called this inevitable clustering phenomenon "Charlie's Chart syndrome" and to this day when an empty spot fills suddenly behind us we think back to that famous cruising guide. 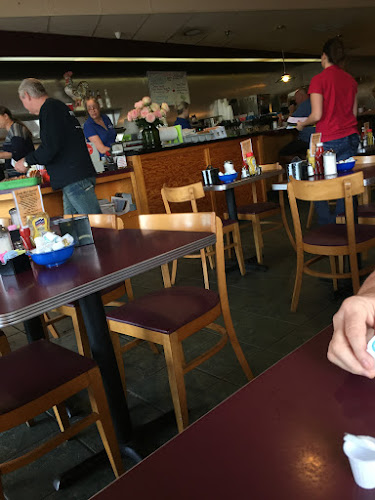 Sure enough as we waited for breakfast sipping coffee Goldman's filled up behind us. "Charlie's Charts" we muttered to each other as a wave of people filled every table in sight.

The breakfast did the job, eggs pancakes and crispy bacon, lots of coffee and NO TV. Brilliant, which puts this place head and shoulders above Harpoon Harry's which I never even think of visiting anymore as I am tired of blaring screens while I eat. This menu is  all you need: Goldman's Link 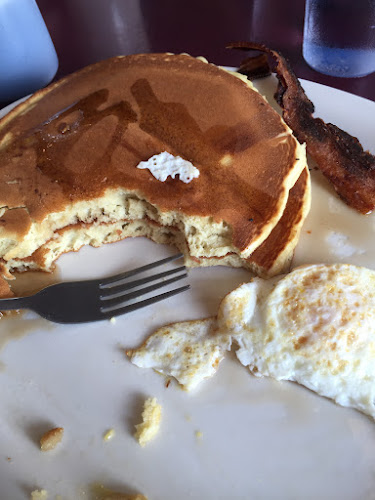 Tables full we couldn't linger as long as we might have liked. And this place has that simple inviting feel that all greasy spoons have. 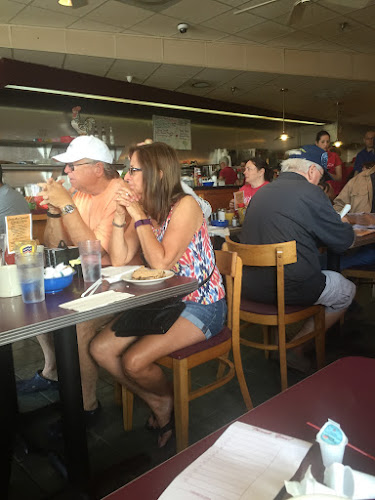 That the restaurant survived the death of its original inspiration is pretty cool. I gleaned this obituary from the January 2009 Citizen for the owner, Alison Goldman who died at the unfortunately tender age of 48 - and I remember she was a cheerful force of nature in the restaurant that bears her name.

Alison was co-owner of Goldmans Bagel Deli restaurant in Key West, which opened in 1998. Alison took great pride in operating Goldmans, where every day she could be found greeting customers, cooking, and perfecting the delicious recipes, many of which were handed down from her parents and grandparents. She was active in many Key West civic and charitable organizations, and loved her family, her many friends and neighbors. Alison loved to travel, especially to the Bahama Islands, where she went often to swim, snorkel, fish and enjoy the sea and sun. Alison touched everyone she met and was loved by all who knew her. Alison's wishes were for her ashes to be spread upon the sea near the settlement of Black Point, Bahamas, where Alison was considered a Bahama girl by the many friends she had in the islands. She will be missed by all. 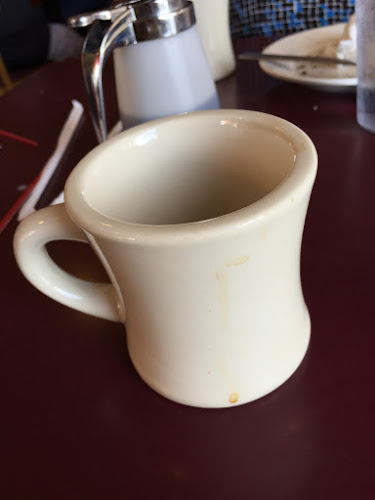