I saw a classic Honda in front of the Green Parrot, a welcome change from the dreary sameness of v twin cruisers all the live long day. Even though I could have done without the sissy bar. 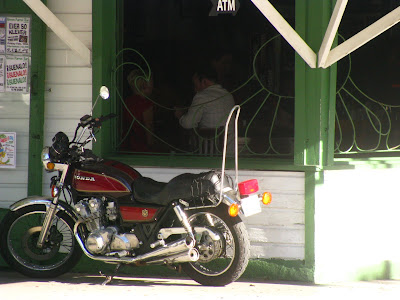 Across the street is my favorite place to sit and watch the world go by, generally with a con leche from Jeanna's (pronounced Gina's) deli even though since it sold oh so long ago it is now known simply as the Courthouse Deli, owing to it's proximity to the seat of county government across Southard Street. 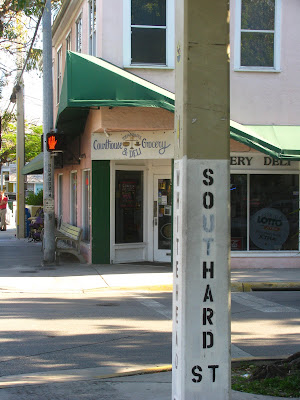 There's my bench looking north on Whitehead street to the courthouse itself and the Mile Marker Zero sign which marks the start of US Highway One in front of said courthouse. That and the Green Parrot attract tons of tourists for excellent people watching right here. 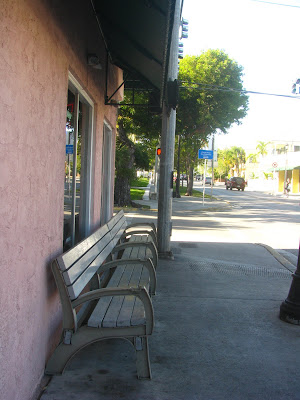 The fact is we seem to be enjoying a splendid winter of masses of people which is quite putting me off hanging around downtown, as is frequently the case for me. So in the interests of pissing off riepe let me show a picture of a visitor who is not nubile or even female. 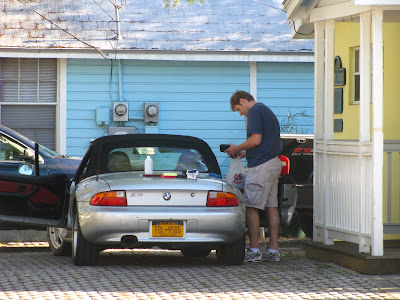 Below are my favorite Keys colors, blue green and white. 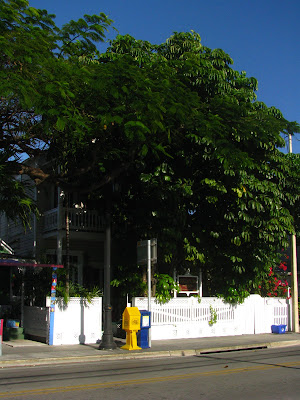 And more of the same with some bougainvillea thrown in. 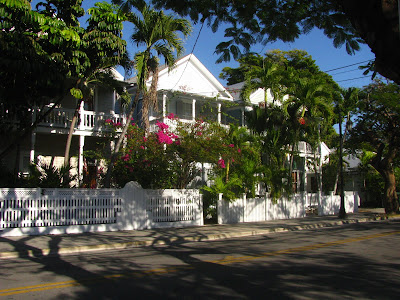 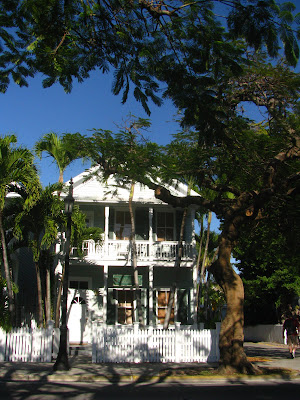 And here is a perfectly good porch not being used as a place to sit and watch the world go by. Cheyenne would have been happy to do just that. 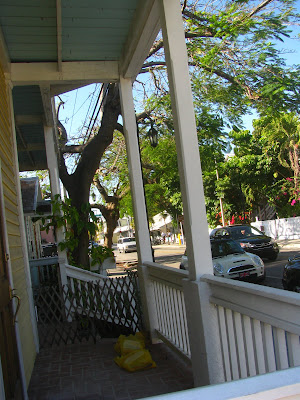 The city commission is wrestling with the vexing issue of what to do about private tows from private lots. Unsuspecting visitors, illiterates apparently, see signs like these, ignore them and get towed at vast expense. You can end up paying several hundred dollars, plus taxi fare to Stock Island or Rockland Key to get your car back. So the complaints come rushing in and our elected leaders thrash themselves into a sweat wondering what to do about it. 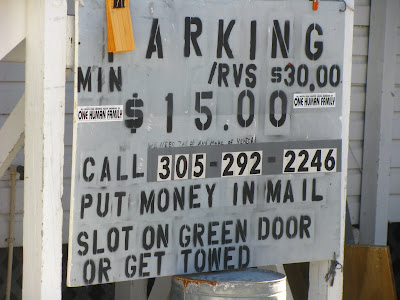 More serene and summery Key West architecture in the middle of winter. 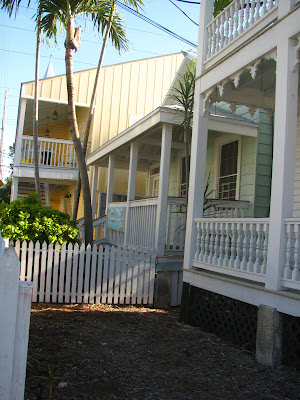 Whoever decided to build a vertical roof was not doing anyone any aesthetic favors. 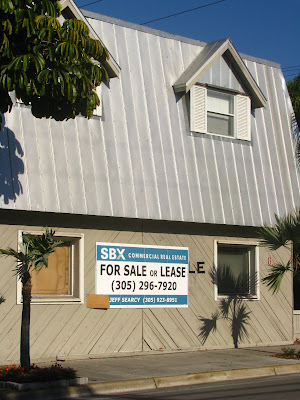 Hmm, I wonder what Prana Spa might offer to harried and hard working teacher that I'm married to? 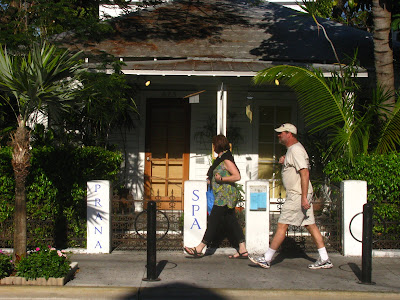 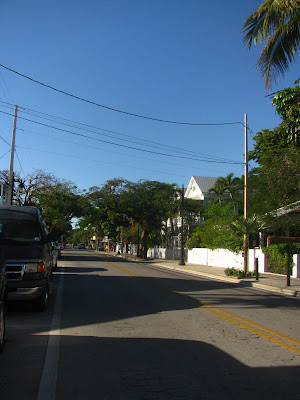 Who noticed I was out walking without Cheyenne?
Posted by Conchscooter at 12:01 AM 13 comments: