I am supposed to have my final operation in a couple of weeks, a brief return to Jackson South Hospital in Miami for an out-patient slicing and dicing of my Inferior Vena Cava filter. I am told the removal of the filter in my groin which is designed to catch and stop blood clots in immobile patients, is a routine affair lasting a  couple of hours "unless there are complications" according to the surgical nurse. I had my pre-operation blood work done locally and when I mentioned to my general practitioner yesterday that I'm not really in the mood for another life or death medical moment he assured me the removal of the filter is easy. It is not going to put me on the brink of oblivion again. Jolly good I said, not keen to look into the abyss one more time. After all there will one day, come a trip to death's door when there will be no return, but I'd rather it weren't this month. The operation is simplicity itself: apparently the filter folds like an umbrella and they pull it out, folded, through an artery. It sounds horribly messy but when they put it in I felt nothing though I was pretty stoned at the time. All I can remember is being in an opiate haze and feeling nothing at all below the waist. 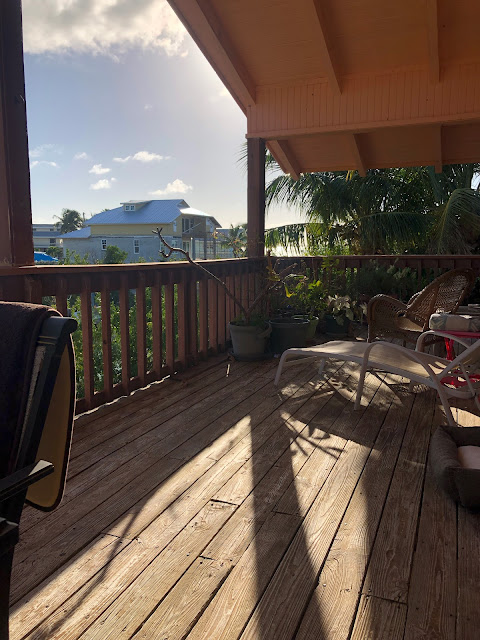 While all this medical excitement was taking place in my life, and I have to say my difficult veins gave up their blood easily to Dr Grider's extremely capable nurse, my friend Webb Chiles was cooling his heels in a rather... down-at-heel marina on the Pacific coast of Panama. His journey across the isthmus by truck took a great deal of money, thousands of dollars more than a conventional canal crossing in the water, and days of standing around waiting for something to happen. Webb was suffering from severe impatience and irritation at the loss of control in the gruesome heat and humidity that is Panama.  My wife and I transited the canal in the last months of US administration in 1999 and we too deeply disliked the loss of mastery of our fates. A feeling that came as a shock after months of traveling at our own pace making our own choices, unfettered, as we went. For one such as Webb used to sailing completely alone across vast swathes of ocean the fiddle faddle of  the canal crossing, combined with the general inefficiency of the truck crossing must have driven him mad. And yes he did admit on his own web page to getting upset by all the unnecessary delays and irritating problems. 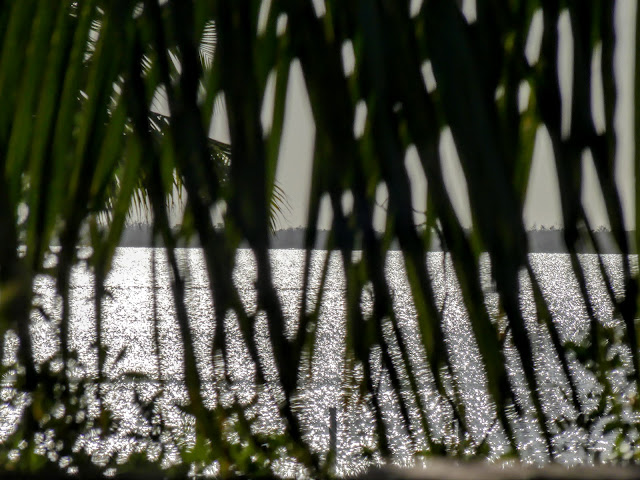 And then when he wrote to me about the mess, venting as it were, he pulled himself up short as though he should not permit himself such anger because his problems are so much less than my own limitations, as I learn to walk again and deal with pain in limbs and all the rest of it. However I made the point to Webb that my struggles aren't really related to daily living where we all of us, myself included, get frustrated and angry and annoyed by daily irritations.  And dealing with a different culture, at the mercy of people who don't even have to pretend to care about your problems or your schedule is frustrating beyond belief. There is no dishonor in getting annoyed by it all. Especially as total freedom (for Webb) lies just a few feet away in the blue waters of the Pacific Ocean next to the marina where his boat is still on land, mast down and helpless. As of Wednesday morning...it may be floating by the time you read this! 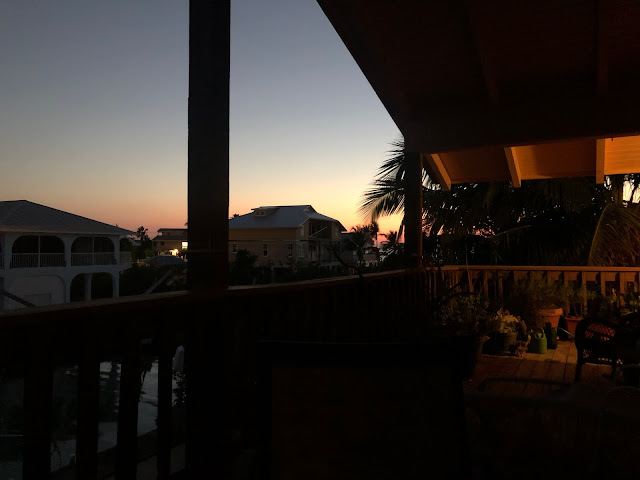 This correspondence with Webb set me to thinking, especially after a long conversation I had with my doctor when I was getting my blood drawn, about the changes I have undergone. The doctor was talking to me about my exercise and physical therapy regimen and he asked me if I thought I would be stronger than before the accident. I thought about that for a while and I said I wanted to first get back to where I was and then yes, get stronger physically. But I also told him I was stronger mentally than I had been. My head has changed, and I see that every day. He looked at me thoughtfully and told me he notices that all the time in his patients. Nearly everyone who has a near death experience gets profoundly changed he said. I said it's altered me and my wife notices the changes have been for the better. 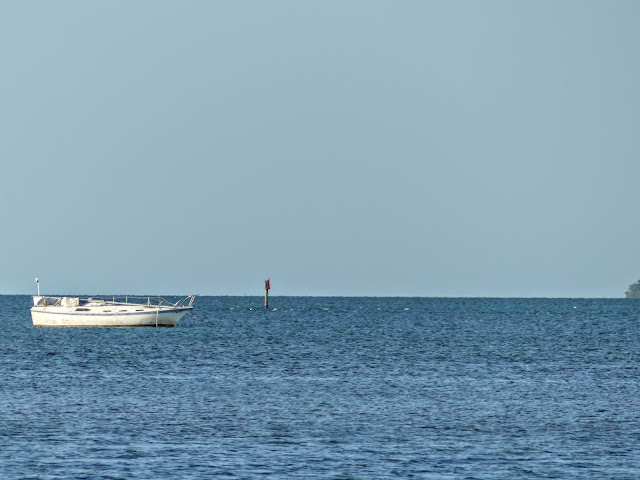 In trying to write honestly about this fiasco of an accident I have tried to explain what really happens when you suffer this sort of trauma. I hope that in continuing to describe the after effects I am being helpful inasmuch as I'd like to let people know this stuff, as difficult as it is, can be survived. I no longer fear the act of dying, I found it rather pleasant actually, and I don't even fear being disabled particularly. I am pretty sure I could make a life in a  wheelchair as others do. Loss of memory or nerve damage or the ability to breathe independently still gives me pause, very much so. But what I have also found is that while my mental outlook has gone through a  profound change, the outlook of those around me has not, not at all, and I have to consider that and make allowances every time I open my mouth. There is nothing quite so annoying as someone caught up in the drama of the moment and some asshole comes along and says, oh compared to nearly dying- why that's nothing! It's not helpful and the point I'm trying to make here is that it's not true either. Aggravation, inconvenience, frustration are all real emotions and deserve respect no matter what their cause or their severity. Hell, I still get pissed off behind slow pokes in cars, distracted drivers make me crazy and spilling tea on myself gives rise to a nice line in profanity. I nearly died, yes, but the part of me that lived did not attain sainthood! 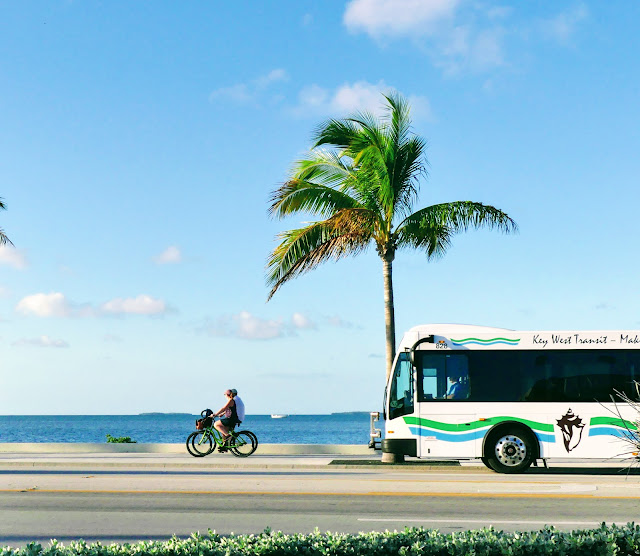 I came out of the hospital and back into the real world with a lot of trepidation. I was afraid of  being the guy in the wheelchair, of being the cripple in the room, of people making allowances for me because I was less than whole. I liked being in the rehab hospital because I was among my people there. A room full of wheelchairs was normal. Struggling with the difficulties of daily living was normal. Conversations were open and talk flowed easily about doctors, medical problems, toilet talk and the dark humor of people working to rebuild broken bodies. Out here the ease with which I discuss these taboo subjects makes a lot of people squirm. Making light of these problems and having a laugh about them  makes the good burghers appalled at my callousness. 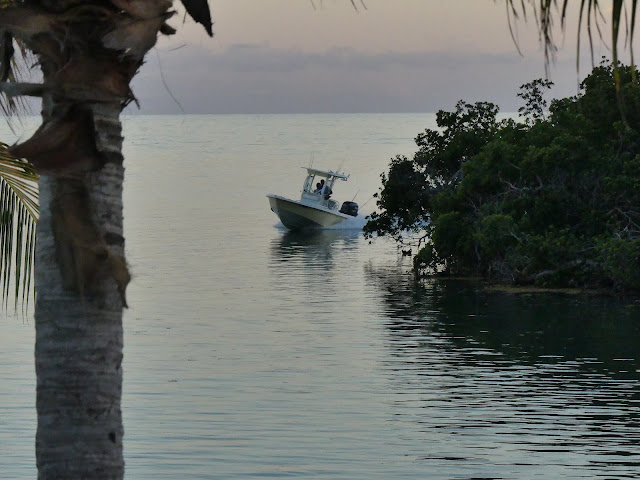 Apart from all that I have learned patience and tolerance to a degree I did not suspect lay within me before the accident. It sounds like a good thing, right? The answer to that is yes and no. What if your friends don't have suddenly and miraculously the same access you do to a whole new point of view? I remember on Facebook a  conversation where a friend was offering me prayers in a dark moment and another Facebook acquaintance made a comment about how useless the prayer gesture is. Well, yes it can be when it involves strangers discussing a political situation and  strangers offer a callous throw away: "thoughtsandprayers" for a situation that deserves more consideration. But among friends the invocation to me carries a much more heartfelt attempt to convey concern and caring. In attempting to explain this distinction I got steam rollered and I still feel the confusion of trying to deal with that ridiculous online anger that social media generates. I don't post on Facebook very much and yet when I was in the hospital it was a lifeline to the outside world. On another occasion a  reader of this page took umbrage at an aside I made and instead of generating a  fruitful discussion (which is the point of this page ultimately) I got a snippy brush off and eternal silence. 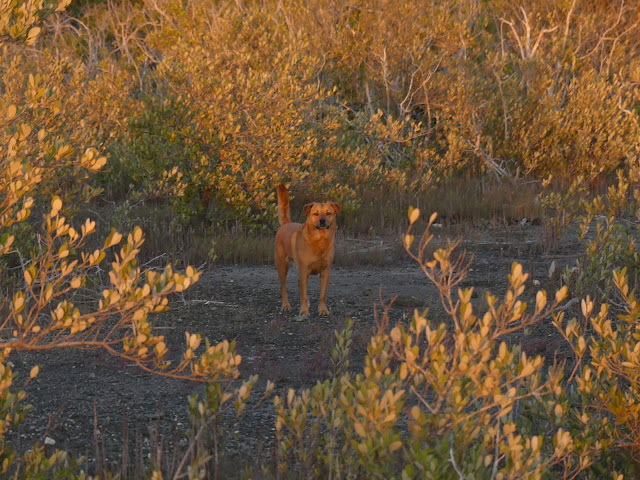 The other side of the coin is that I have much firmer convictions when it comes to such stupidity. I'd like to set it right but I am now motivated by a much more powerful sense of the fragility of time and the passage of time and energy that can be spent a whole lot better improving myself and enjoying joy. I have less time and tolerance for people who lack humor, and joy and  the ability to not take themselves too seriously. Sometimes you have to take everything very seriously, but those moments need to be counterbalanced by joy. I feel it really strongly these days. I don't have time to waste. The next time I am laid out on the ground unable to move while aware that my life is about to end I don't want a  repeat performance of last time. I don't want to feel my life slipping away to the accompaniment of a strong sense of regret that I have things to do and time is ending right now. That memory is uppermost and when I get the sense that talking to someone is a waste of time I now know acutely what a waste of time really means to me. I have no time to spare for situations that lead nowhere. 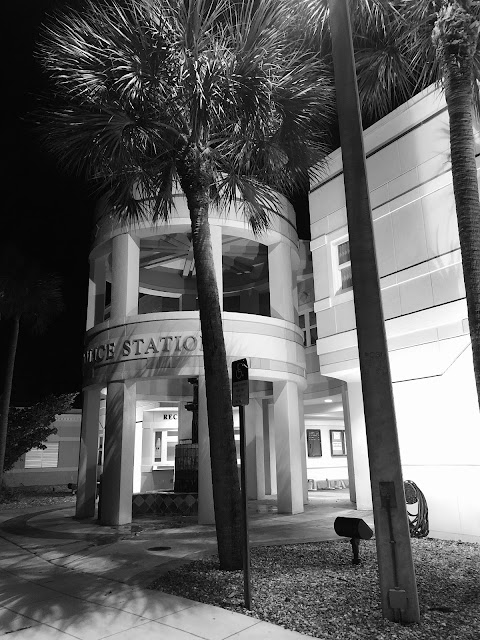 So while I appreciate Webb's acknowledgement that his frustrations are as nothing compared to mine, I also know he is dead wrong. One reason I am very fond of Webb is that he has always known the value of time most likely because he too has had his near death moments, more than one. Webb is my friend because he has shown me over the years that being forthright, not being afraid of your emotions and knowing always how best to use your time is the most valuable way to live. And yes, allowing yourself to get irritated is a valuable commodity in life. Among the people I value are the ones who don't allow mere irritation to derail connections to people who contribute to the quality of  our lives. Because when time eventually runs out for you and for me I promise you the notion that you spent your time wastefully will really piss you off on your death bed. I am living now with my second chance. Treat your time as though it too is your second chance and make it count. Rant Over.
Posted by Conchscooter at 12:00 AM 9 comments: