I am Facebook friends with Vickie who as I recall posted these pictures and I immediately knew I had to use them so I said so, and here they are. I loved these pictures because they are so casual and random and so totally unlike the image of drag queens which only ever put them on stage as objects. 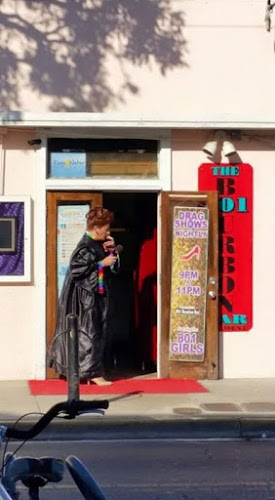 Tourists like to give themselves a thrill by heading down to the last remaining block of Key West Gayness, the eight hundred block of Duval Street and check out the three gay bars, straight friendly if you don't dig too deep into the back of the 801, and ready to put on a show. You could go to La Te Da further up the street or try slumming at Bobby's on Simonton but that is just for drinks and stuff that follows from lack of sober judgement. I've been to the cabaret, done that and got bored. It may be that I lack the capacity of imagination, or the ability to step outside myself but watching men dress up as women pretending to be well known performers strikes me as an odd way to spend a vacation. Lots of people love it, and it is all a huge attraction. 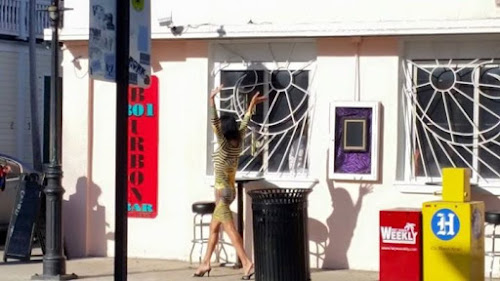 Clearly it's not my scene but I am told that Wilton Manors, a suburb of Fort Lauderdale is this geberation's gay scene, good weather, lots of land for cheaper housing, accessible. It's not Key West, but this town is pricing everyone out of it's housing. In the days when Navy sailors attracted gay men Key West attracted men with money taste and culture and transformed this little fishing village. Now it's too popular for its own good and we straight camp followers are doing our best to suffocate the free spirited weirdness that made Key West so colorful. I go to the convenience store for a coke at two in the morning and find myself in line behind a noted grand dame of the transvestite scene, except here she's make up free shopping for stupid daily stuff just like all of us. It's a metaphor for Key West itself, all made up and nowhere to go, and shorn of glamor in daily life. Still, it suits me even if I am transvestite-free... 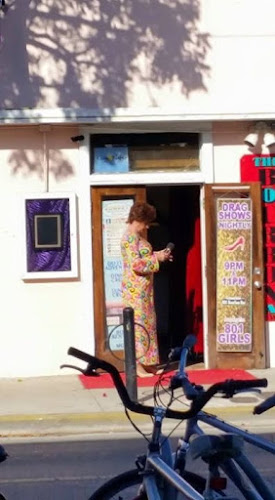 One thing though, you don't often get to see a variety of motorcycles so when I found an elderly Yamaha from Wisconsin in the parking lot I stopped and stared. 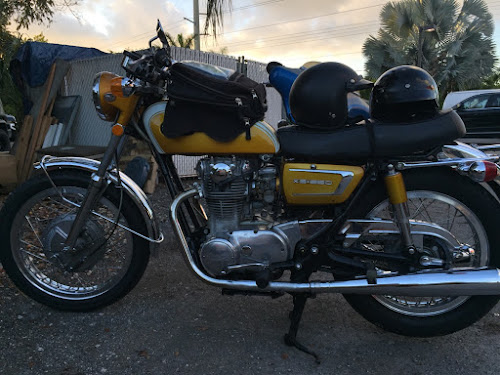 It looked perfect, by my estimate roughly a 1970 first generation of a motorcycle that changed the way Japanese motorcycles were viewed by people who wanted to ride Bonnevilles that were reliable and modern but didn't have four cylinders like much derided "sewing machines." In short it married tradition with modernity and I remember it well. 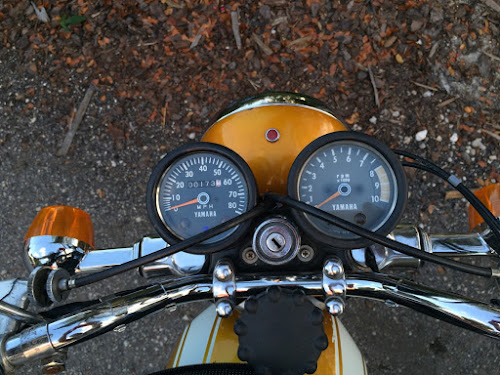 Naturally old fanatics get all wound up about the details but to me it's just a picture into my past and I loved staring at it. 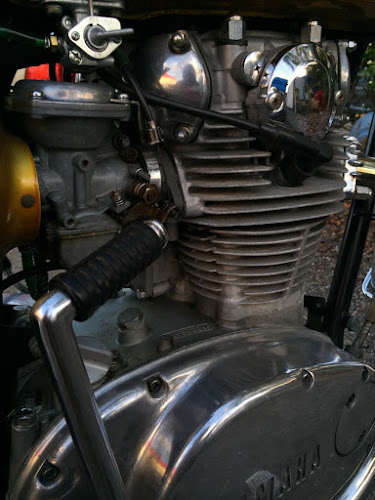 Of course the human story behind it was much better. It's owner (no name, forgot) collects and fixes Nortons but this bike circulated among his friends, members of his wedding party it turns out and the Yamaha came back to him after passing through several hands. And he brought it down to the Keys for the longer riding season. 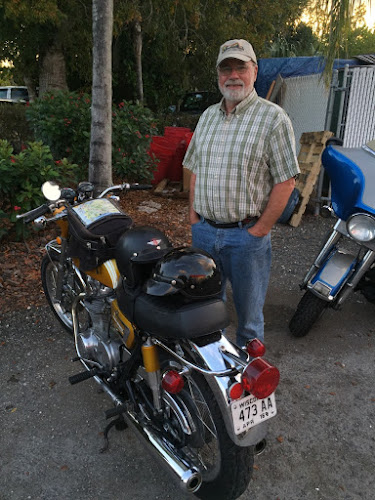 Riders of old bikes talk and it was a rare treat. The Vespa is running nicely, for now. So what's next? 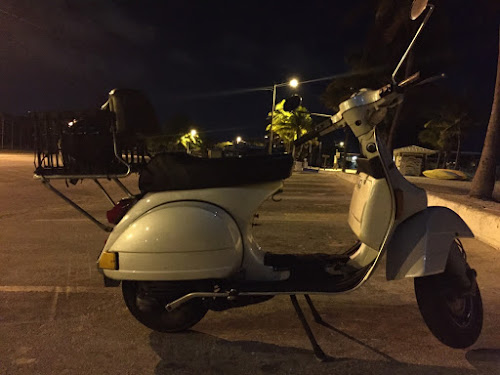