Gary sent me some of his pictures of the waters around the Keys and I wanted to use them, so this is why I'm glad to be able to offer these pictures this month while I'm away recharging my batteries. I hope you like them as much as I do. 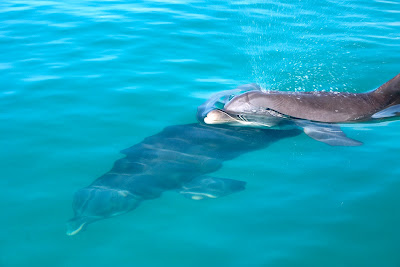 Wild dolphin by GarytheTourist.
Posted by Conchscooter at 8:01 PM 2 comments: Links to this post

This shot of the Galleon Marina is one of GarytheTourists' shots that I could never replicate because I never stay at the Galleon. Apparently visitors get pretty nice views from their rooms when they stay in Key West. I should try a room there, I guess, but I'm staying with my family in Umbria this month. Oh well. 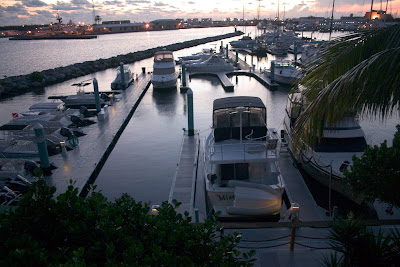 Thank you Gary for the use of the pictures whil I'm away.
Posted by Conchscooter at 8:01 AM 1 comment: Links to this post

Enrico rented me the scooter at Treno e Scooter rentals near the main railway station. He spent four years studying in London and wonders if he should have stayed. We talked for a good long time discussing merits or otherwise of emigration. We reached no conclusion, he's happy more or less in his home town and I'm happy I got to flee to Key West. This space is reserved for electric vehicles plugging in to re-charge. This might be the future, so pay attention.

A woman walking and studying a map,like any good victim should.

This is a spare picture of the ruins around the forum of Emperor Trajan. With so many ruins one pretty much trips over them in Rome.

People live here and no doubt wonder why people keep taking their picture. Hanging out after seeing too much stuff:

We call these "sleepers" at Key West PD. I saw a cop moving one along at the main train station. The bundle of rags answered back and the cop shrugged and said quietly "...because you do!" a Key West cop might not have adopted such a reasonable tone.

I think cycling in Rome is a fool's errand what with traffic and cobblestones heat and hills, but they ignore me and do it anyway.

High heels and a red MP3. She just likes being stared at doesn't she? Does lack of proper riding gear freak you out? Riding around the city in shorts and shirt sleeves is quite pleasant actually.

I am seeing flags in public places more than I used to. My wife noticed the resemblance to the Mexican flag but one can at least say the Italian revolutionaries adopted it in 1794 which gave them a head start though Italy wasn't created until 1861, long after Mexico came into being...

Not praying to Mecca, but a gypsy woman begging.

Gypsies are viewed as frauds and by old fashioned Italians as child thieves and I allowed my innate prejudice to prevent me from dropping her a hard earned Euro. What was it Christ said about giving a glass of water to the meanest among our brothers? My good Christian neighbors will tell you she'd just waste it as though that were reason enough for my moral lapse.

Being forced to sit down and look at family holiday pictures sucks, so they say. GarytheTourist loves Key West, and his family, and his holiday pix are a cut above. Or is it just the surroundings? You decide, I'll be back in August after taking my own holiday pictures which I shall inflict on you as the mood takes me. 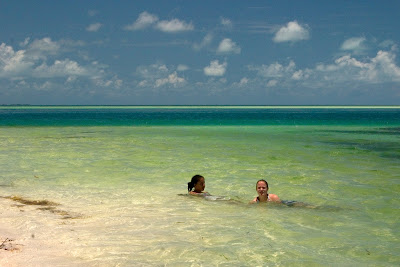 I miss the Keys when I am away, even having fun riding a motorcycle in mountains but I shall return.
Cheers,
Conchscooter.
Posted by Conchscooter at 12:01 AM 1 comment: Links to this post