One thing that bothers me about seeing movies whose locations I know is that I lose the capacity to abandon reality and immerse myself in the fiction. What? There's no bus stop at Alabama Jack's...my mind screams in protest. But I'll tell you what, Bloodline is one cool TV show. I love it and I accept the fictions the producers have incorporated to make the story work. Watch this TV show and be grateful Netflix got the Florida Keys right. 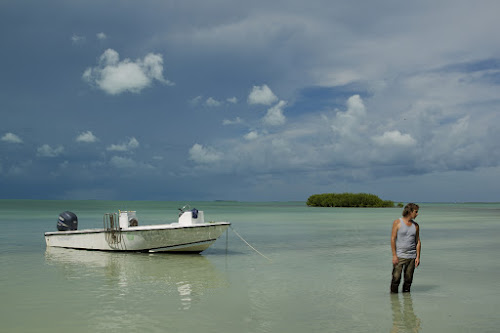 The story is brought to you by the minds that created the amazing Damages and their backwards-forwards timeline makes its appearance here. This is a thriller that thrills, and as I write I have three episodes left and I am glad to hear season two has been commissioned. The story is set in the Upper Keys, centered on a family guesthouse and the clan whose lives revolve around it. Danny (pictured above) comes home the family black sheep, and his mere presence divides the family. The plot twists I shall not reveal, suffice it to say they will lead you astray all over the place. 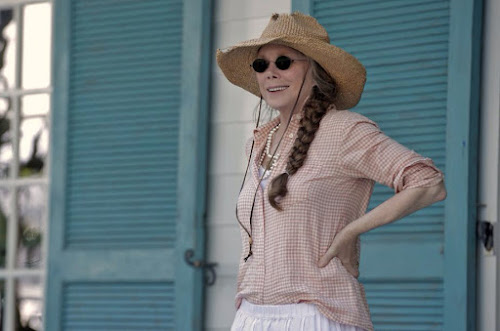 The newspaper has been reporting on the externals of the production, stars seen eating locally (movie stars eat?) an actual guesthouse was commandeered for the production, locals play extras to the joy of their friends and the stars tell the locals how much they love the Keys. Predictable stuff. 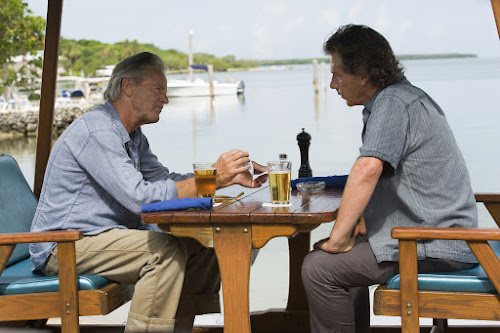 I've heard from the naysayers too, picking holes in the locations, and all that. Personally I think this show makes even the Upper Keys look good! Which is a drag as it will surely be an enticement for more people to visit. Islamorada and Key Largo can finally get their moment in the sun, not overshadowed by almighty Key West! 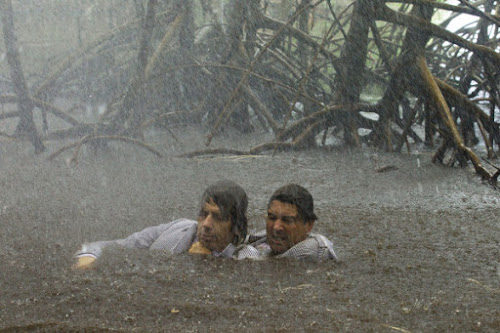 A Conch told me how pissed off he was by the show. At one point youngest brother Kevin looks to get a loan from the bank and he tries to jolly the banker, a black woman in an all white show, from Big Zpine by calling her a Conch. "No black woman I know was born in Big Pine" my stubborn Conch told me. Well, I said feebly, they are just locals trying to close a deal. Just because they are in the Keys doesn't make them Conchs he said huffily. 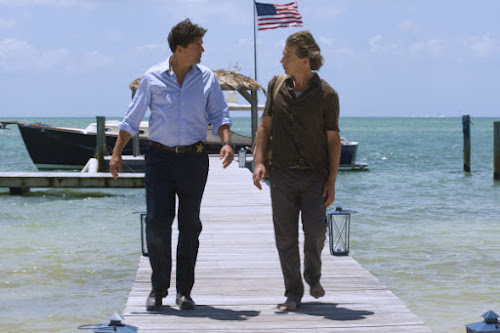 I like this show. I'm not the best person to judge a plot, I have Aspergers and human motivation always seems to escape me, in fiction as it does in life. My poor wife has to put up with me figuring the plot minutes or episodes after she has already done so. 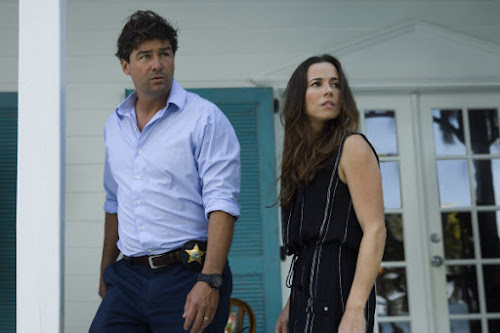 Bloodline is set in the moneyed world of old residents who got their piece of waterfront before modern communications made living in the Keys easy to do. These people have become entrenched in their Upper Keys world and we can marvel at their extraordinary beach, the parkland like garden and museum quality interiors. 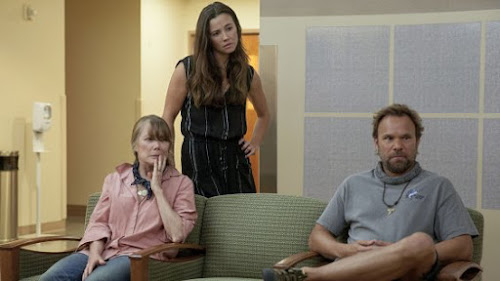 But we also get to see the dingy quality of life of those hanging on to the edge of mainstream reality, trailer park life, bar fights, drugs and down at heel marinas. Cultural diversity is represented by Latino supporting characters, not necessarily Cuban either, but this movie is the story of the travails of white privilege in the Upper Keys. Which of itself is not I suppose that far off reality as the moneyed forces realign the local population. 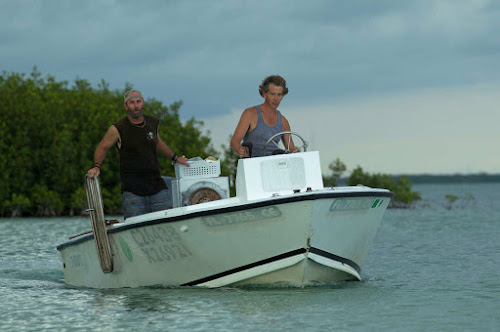 Like they told the paper the Keys are a character in their own right and they make this drama one step above Justified, set in Kentucky, shot in California, or the much enjoyed Dexter set in Miami and shot in Long Beach California. Bloodline is set here, shot here and about here. Enjoy it, I know I am, the naysayers be damned!

Pictures are from Netflix publicity online.