Monroe County is slowly working to replace anchors with permanent moorings along the Keys. The idea is to imitate the City of Key West and the City of Marathon who both have implemented mooring fields in an effort to regulate this last form of cheap housing while also they say preserving water quality. 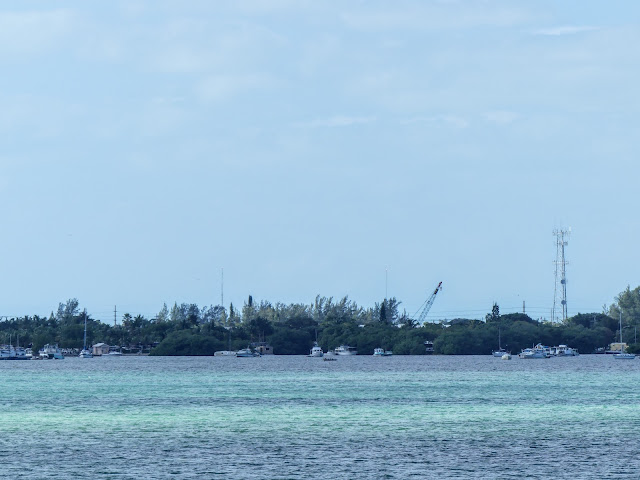 I'm not sure how much of the effort will go to preserving water quality in light of all the delaying tactics they used to get sewers installed in the Keys. Boaters are blamed for anchors tearing up sea grass as well a problem that never was  a problem when massive land development was carried out. Nowadays there is time enough to get annoyed by sloppy people on dirty boats cluttering up coastal waters. Not people enjoying the water underway but people living at anchor in unseaworthy boats. 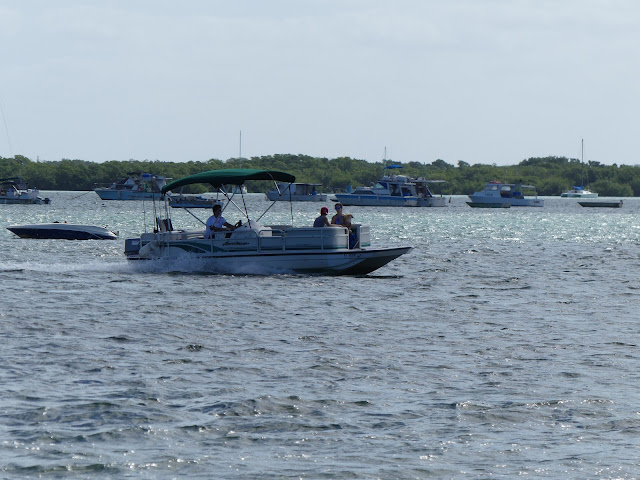 You can see why people have managed to draw unwelcome attention to themselves. For anyone to describe the occupants of this hovelcraft as "boaters" or "sailors" would be bringing the terms into disrepute. These are people looking for cheap housing. 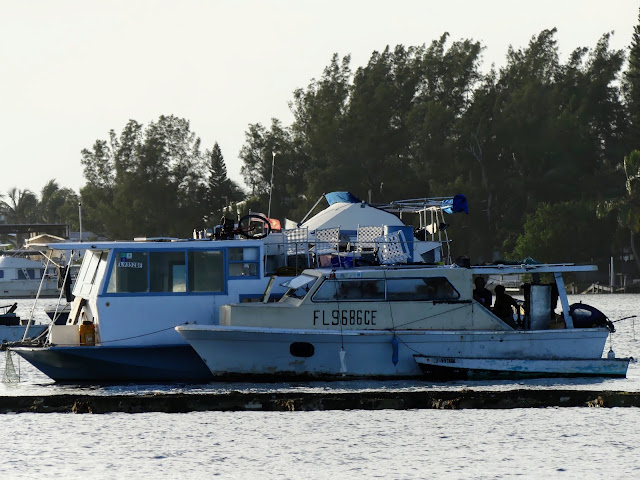 Actually they are enjoying free housing. Which doesn't bother me as it does some taxpayers with an inflated sense of grievance. I am a proponents of living out of sight especially when you are choosing to be on the margins of respectable society so choosing to live in a junked out hovelcraft, a term coined by a sailing friend of mine, is away to bring critical attention on yourself. 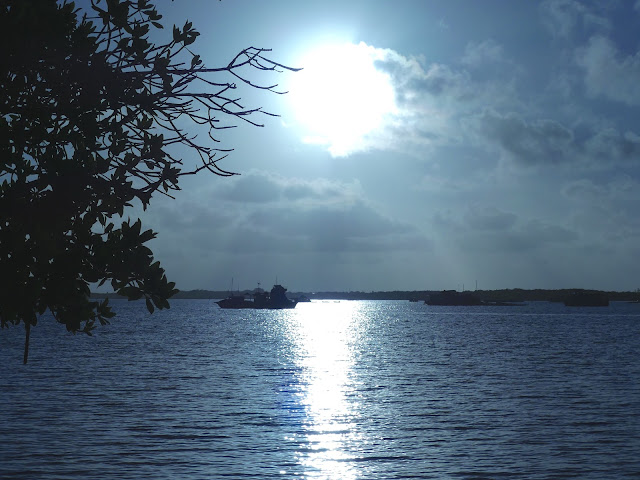 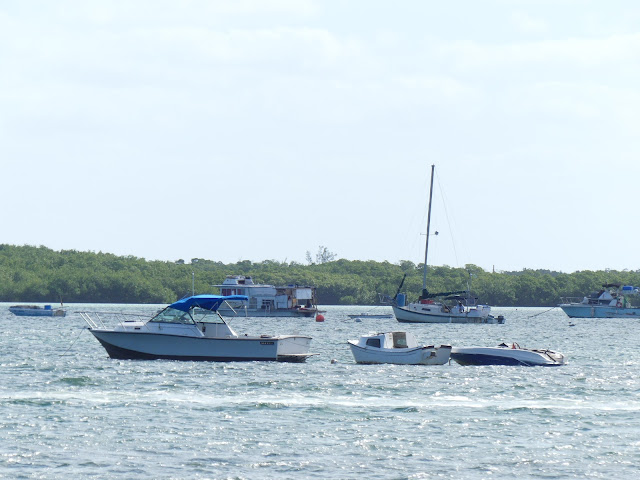 This is a sailboat that at least looks the part even if it never moves, and most don't: 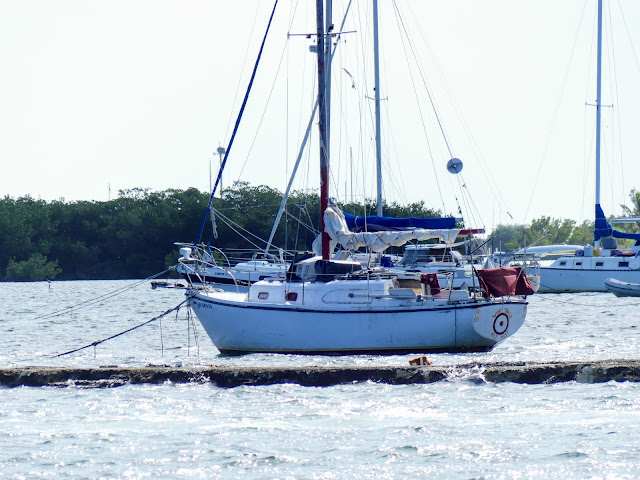 This sailboat has a dinghy almost as large as the mother ship, which is an indicator of how important access to land is to the cabin dweller. S/He may never sail but they use the motor dinghy daily. 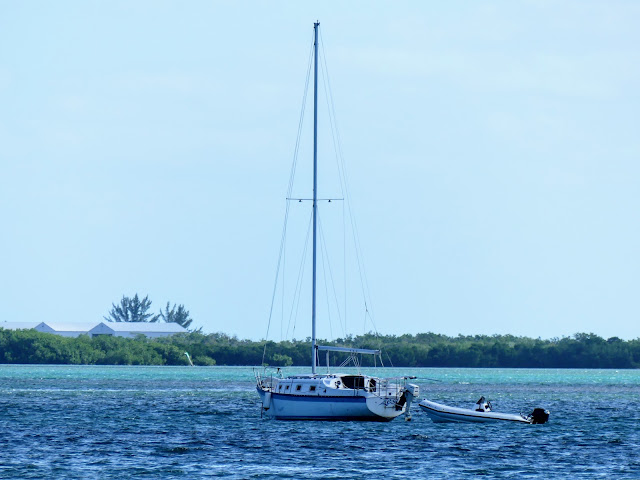 All pretense of mobility is gone here: 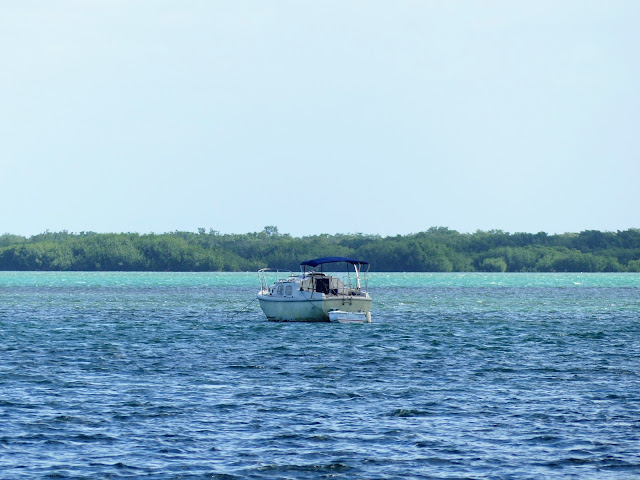 In this picture some seabirds have made a home of some wreckage, possibly a dinghy or a proeject of some sort: 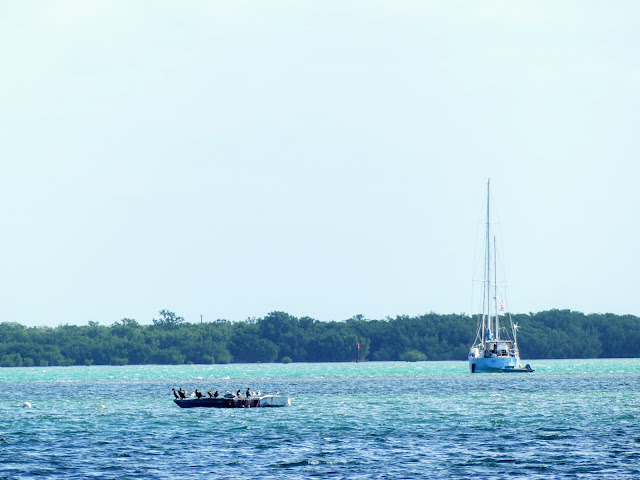 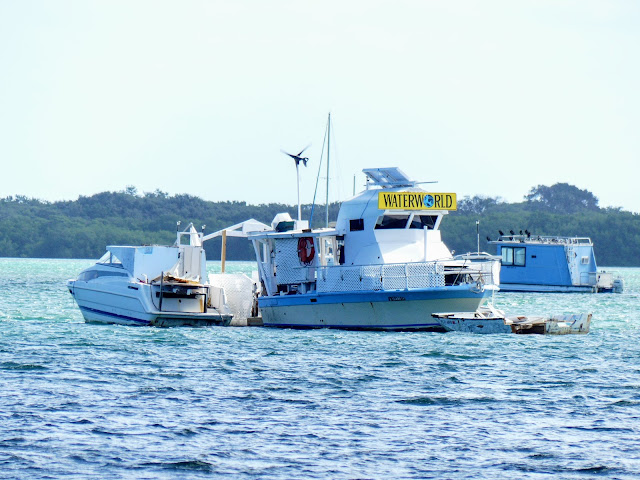 Modern miniaturization has made life afloat much more like life on land. Mobile phones, satellites, microprocessors, all have contributed to he production and consumption of reliable electricity with little weight and no heat. It's amazing when you think about it. 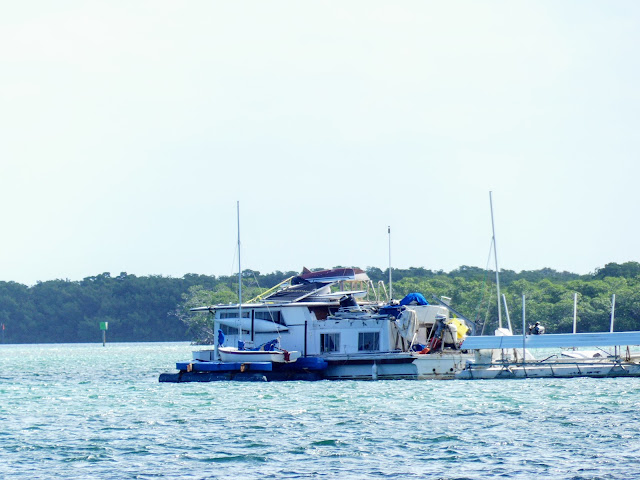 Some boats look like the products of a depressed state of mind. It happens that boat maintenance, much reduced by the introduction of fiberglass and plastics gets away from the would-be adventurer and it ends up looking like this: 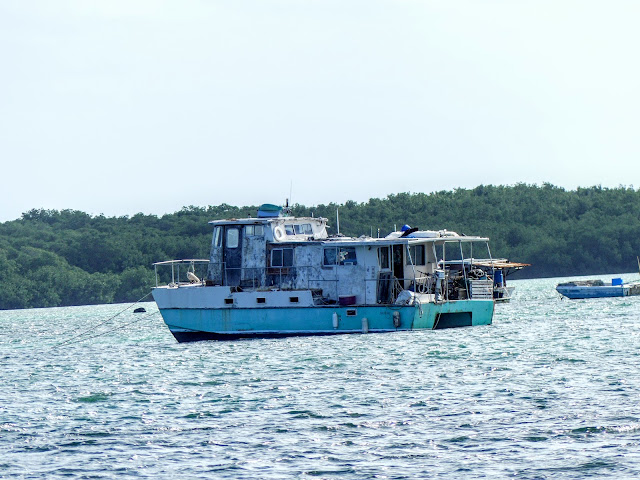 The tent-like awning on this sailboat makes raising sails a much delayed job so they never get raised. The cabin is tiny, smaller than your bathroom by far, with sitting room only so the awning provides a living room and storage area for all the junk hoarders cannot get rid of, to their own detriment. 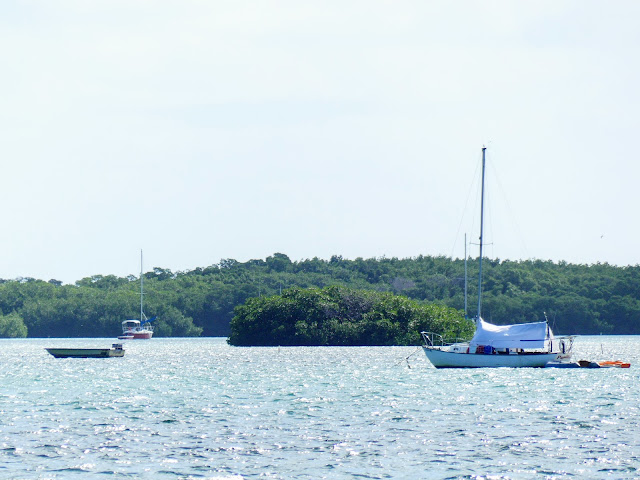 There is nothing terribly romantic in my mind to living cheek by jowl in a floating trailer park of decomposing boats, but it is cheap. 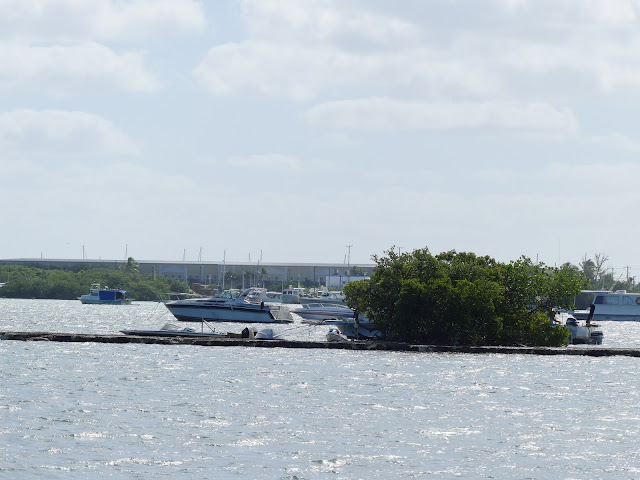 Land access comes by way of this launch ramp designed to give anglers access to the sea for free, built and maintained by the county: 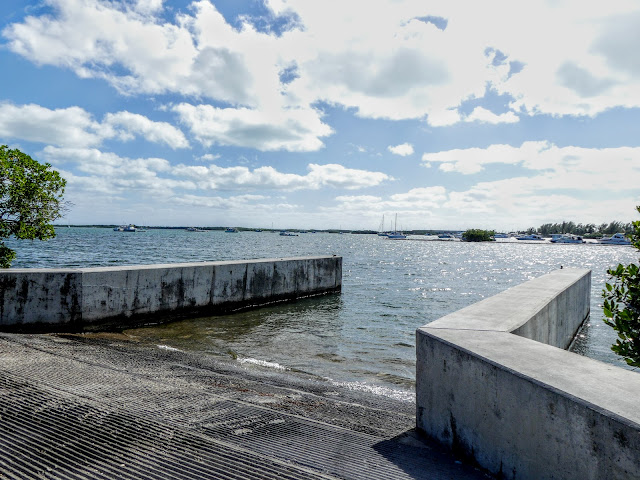 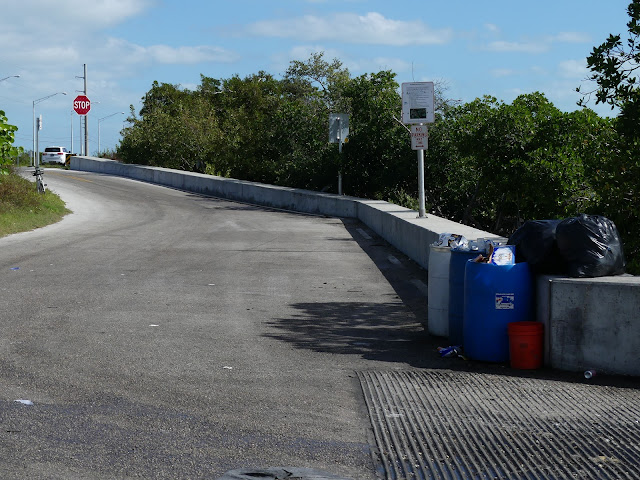 Access to Highway One at about Mile Marker 5, across from the Key Haven Shell gas station. 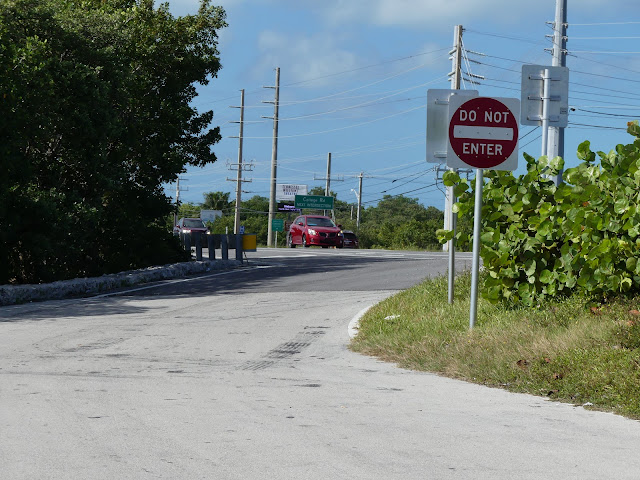 The idea behind a mooring field is to bring order out of chaos. The boats would no longer anchor on their own equipment but would tie up to a ball attached by a  chain to a deeply planted permanent anchor in the sea bed. this is structured to not drag chains across the ocean floor and tear up the sea grass where fish spawn and grow to adult hood. The county would charge rent of a few hundred dollars a month and would guarantee a place to dock dinghies, dump trash and get drinking water. Plus they would supply a system probably mobile on a boat to suck up toilet tanks and dump the crap safely ashore properly instead of into the sea. And thta might be an extra charge of say 10 or 15 bucks a visit, maybe 50 bucks a month. 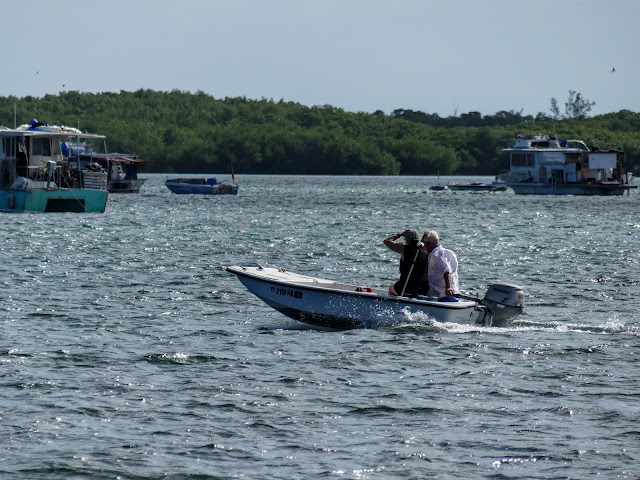 All of which outrages the guardians of freedom on their hovel craft. Actually it gives them a permanent future in an uncertain world as they gain respectability by being attached to a county mooring. But short-sightedness is a national characteristic these days.In the picture below you can see a trim seaworthy cabin cruiser riding to a Navy mooring just off the Boca Chica Marina at the Naval Air Station. 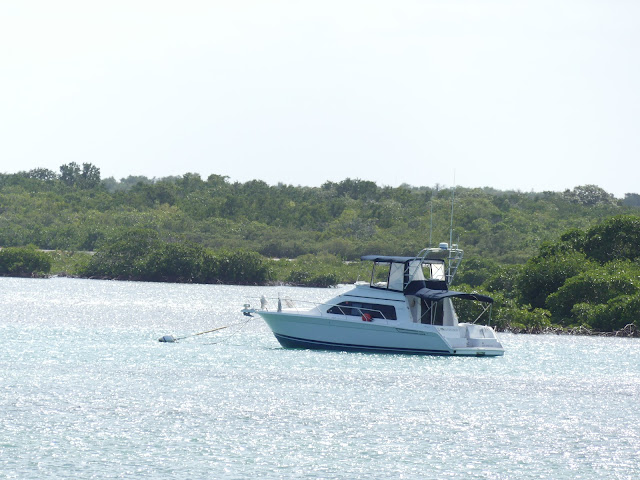 The Navy offers inexpensive access to the recreational marina to serving military and veterans and by all accounts its a good deal: 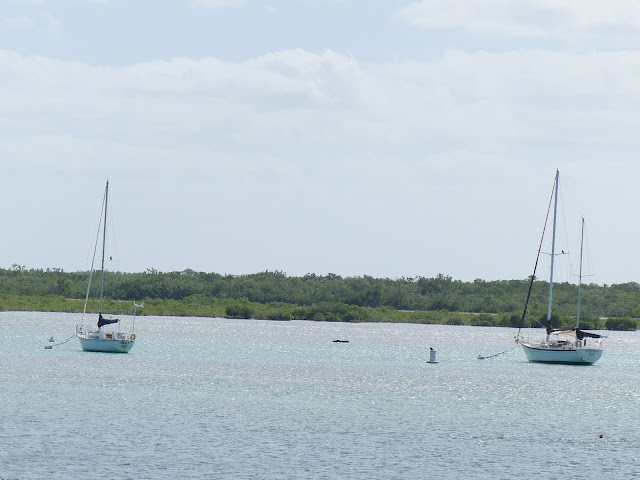 This sailboat a Gemini 105 identical down to the solar panel, to the boat my wife dogs and I sailed to Key West from San Francisco. So seeing it bobbing at a mooring reminds me of good times afloat over those two years as well as lots of sailing on San Francisco Bay: 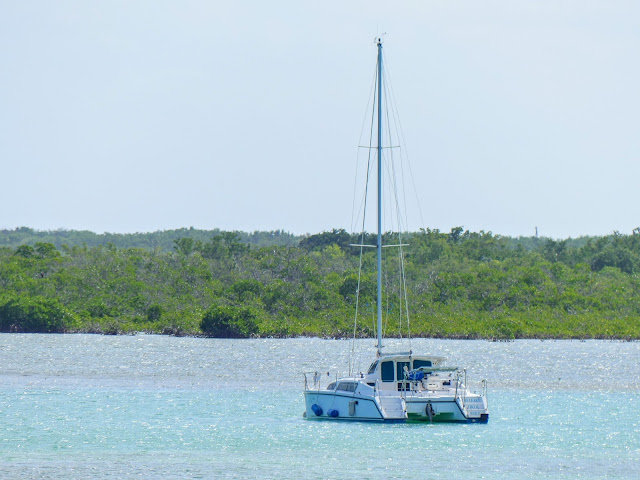 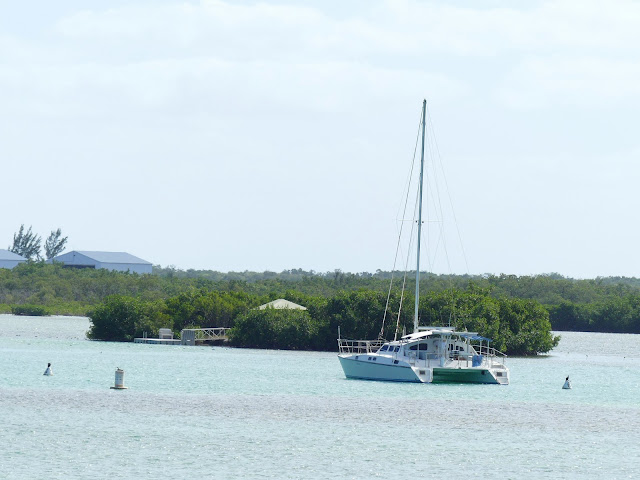 The Boca Chica Marina, with docks and moorings: 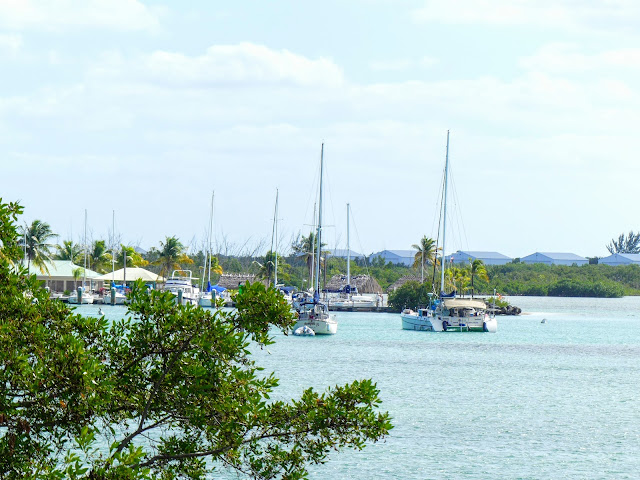 I was riding home from Key West and parking the Bonneville out of the traffic lane made it easy to stroll back to the bridge to take a few photographs, so I took one of the bike as well. It helps me to not miss being on the water on days when nostalgia overcomes common sense. 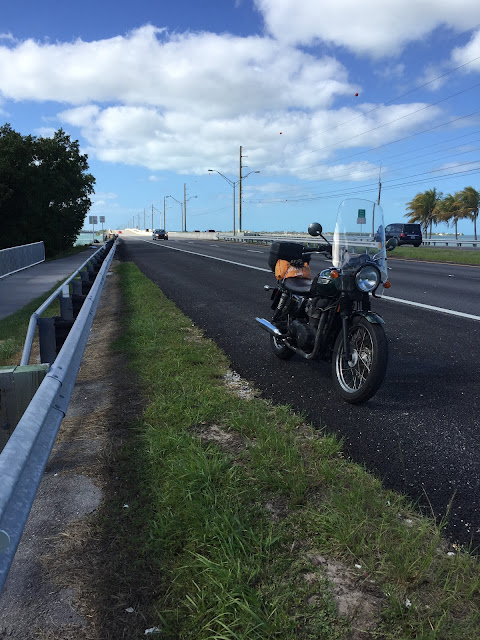