I saw this sign on a recent wander and I thought to myself, I can think of nothing more ordinary in the way of modern bar food  than exactly that. It's a popular bar on Greene Street but I am not tempted to test the out of the ordinary nature. My wife made me a breakfast pizza Sunday which is about as out of the ordinary as I have had in a while. I do not need to travel to  find out of the ordinary. 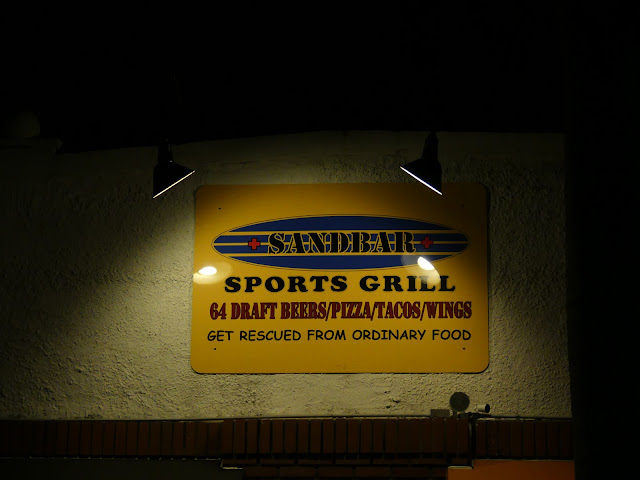 There is much lamentation that downtown isn't a place to go shopping for useful stuff for locals. So I was not entirely sure which way this one might go: useful or not? 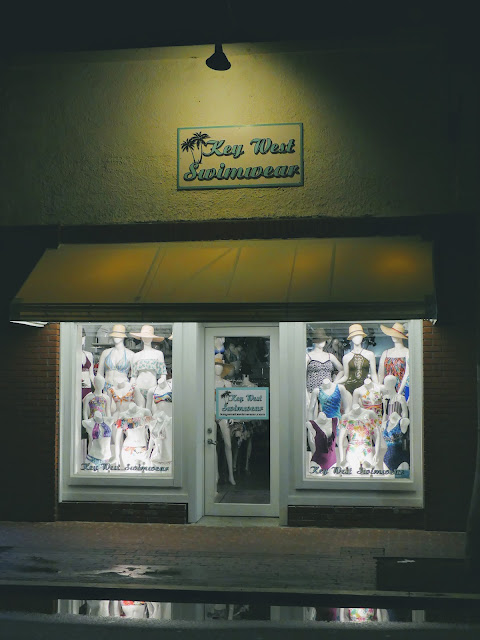 I posted this picture on Instagram mentioning how Rusty reminded me of Lilli Marlene standing underneath the street lamp waiting for her soldier to appear from the barracks.  Naturally Rusty refused to stay posed as I adjusted the camera though I liked the atmospheric look of Lazy Way Lane behind Schooner Wharf despite my dog's non cooperation. 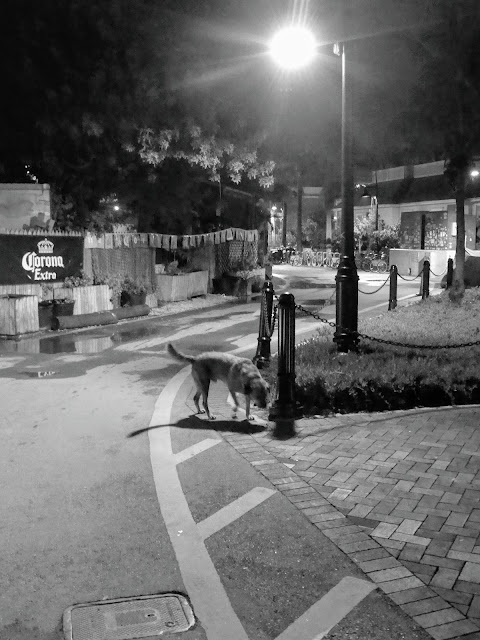 Dinghy parking is in low season like everywhere else in this town as parents prepare to end vacations and get children back into school. There is lots of room for dinghies at the city docks. 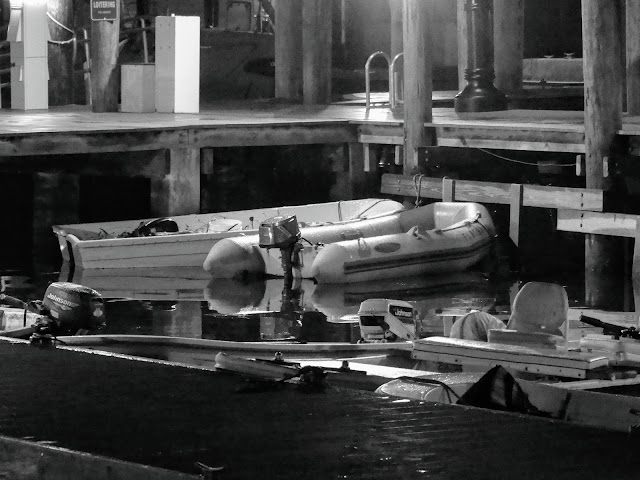 I loved the idea of Flats Fishing for Beginners. I went fly fishing once in a  stream in Scotland where I caught a  trout and ate it for breakfast. That was about half a century ago with a Ghillie called, improbably enough Ian MacDonald. I took this photo (below) at the spot near Loch Broom when I was there last Spring because I remember that day very well. It was the first and last time I went fly fishing but I put the experience in the "done that" column. Many years later when I was a reporter I did a story for National Public Radio on fly fishing the San Lorenzo River in California and while I like the idea I find the act itself tedious and technical. I am glad I did try the fishing once. 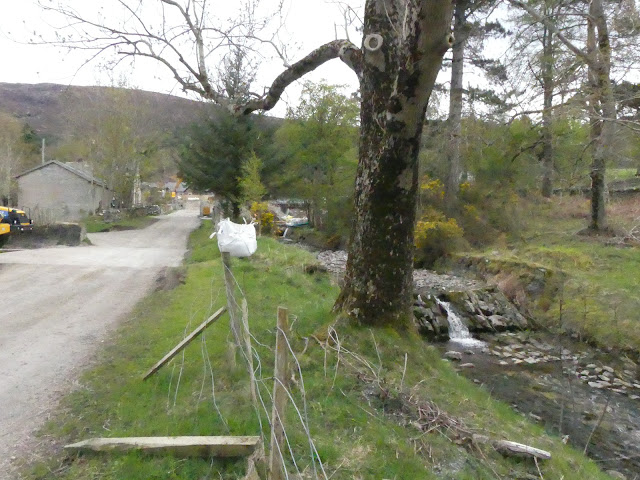 Yes indeed, fly fishing for all in Key West. 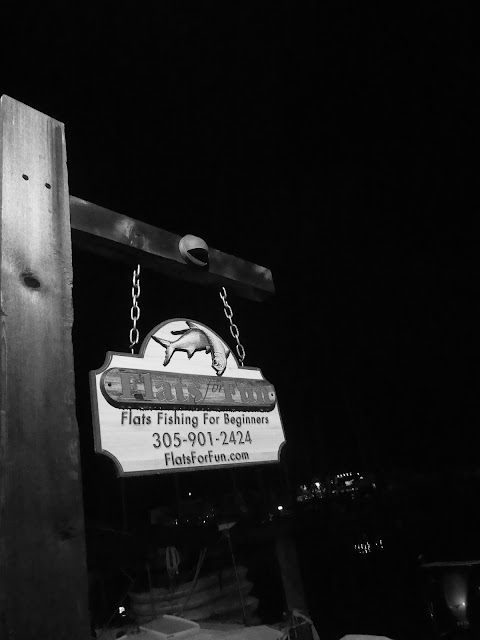 Key West still carries the trappings of the eccentric past that marks the town as different. I spot them from time to time between the developments and the clean ups which frankly I think the city could do more of, considering the nearly three million tourists a year who visit. Yet the weird shacks and abandoned cars dressed up are useful reminders of what is lost: 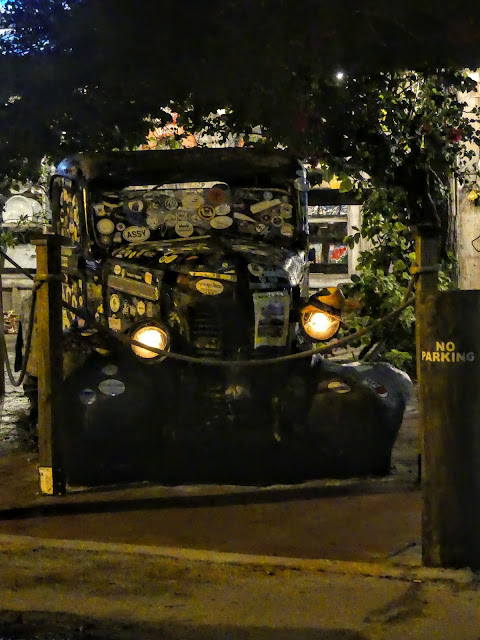 And then there is the electrical supply company across from Harpoon Harry's. I remember years ago they tried to move to the Boulevard but they have stayed put in the heart of tourist town. I used to rely on them when I lived on my boat to supply electrical gubbins and most importantly to rewire and rewind pumps and alternators and expensive stuff. They did and I am sure still do, great work. And they hold their ground downtown. 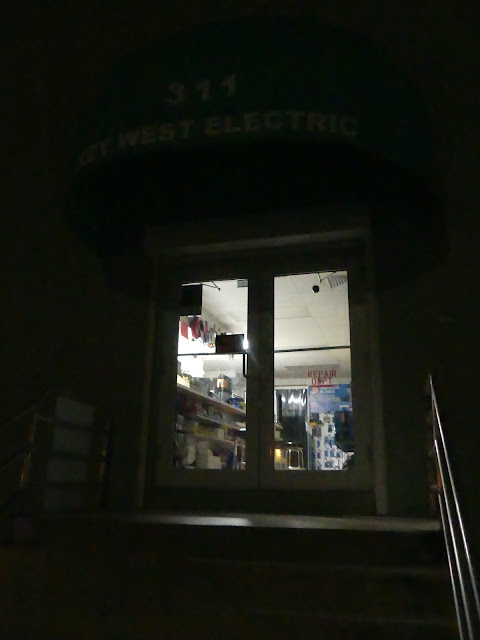 Hurricane shutters old school: a plank and some nails. 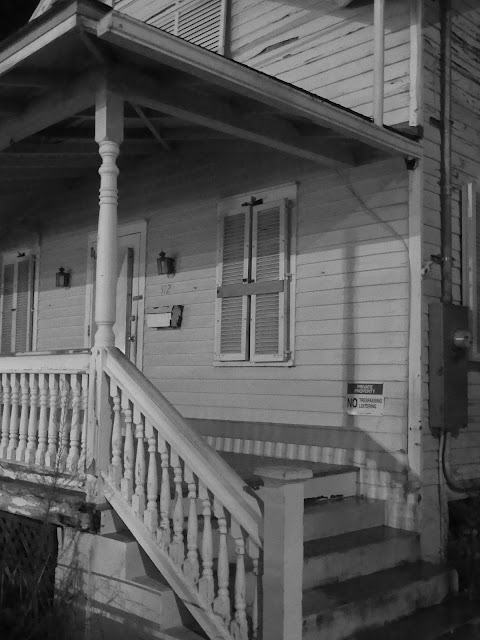 This I liked though you will never see me decorating anything around where I live like this. Restraint in decoration, that's me. Not Harpoon Harry's though: 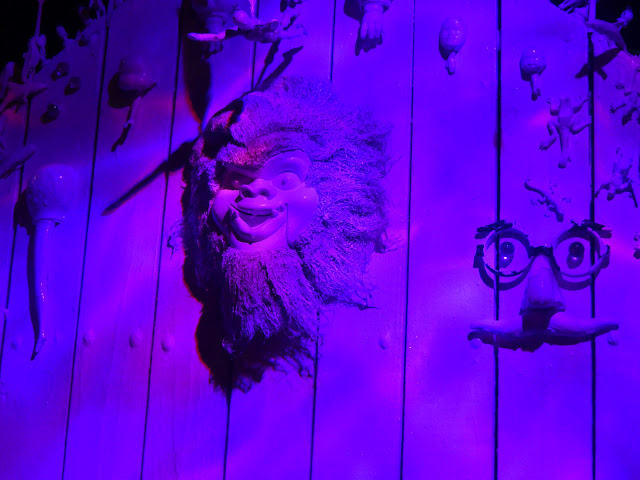