I am fond of pointing out I don't have an artistic bone in my body, and I fear to say it out loud but my wife doesn't either, so when she found herself taking pottery classes to encourage her students I wondered what was happening. She was discovering one of the nicest people, a great artist widely recognized yet completely unassuming and kind. She struggled to make a -bowl? -plate? - ashtray, perhaps, alongside her bad luck students and though she never did become an artist (unlike some of her students) she did learn to revere the man who gave freely and willingly of his time.
She burst into tears upon reading of Jay Gogin's untimely death.

Such was the effect of a thoroughly decent man who loved pottery and his wife and his job at Florida Keys Community College. The president of that institution made the requisite nice noises about the full time professor's passing but I am ready to bet the iconoclast who preferred potting to college politics will not be replaced. Gogin had a full time job in the part time world of academia subscribed to by the President of the college and he took full advantage of his fortunate full time position to teach and share his untidy passion that constantly burst its banks. He was not a faculty member, he was a teacher and I can say this, if he made my wife believe she could pott, ever so briefly, he was endowed with that rare spark that made him unique. The world would be a better place if there were more Hairy Potters and fewer conventional mannequins going through the motions.
I never did pott with the hairy potter, and quite likely he could have given me the confidence and joy my laughing wife got from rubbing mud with the great man. But I do get to enjoy his work every evening when I go to work, and his public art is celebrated, not on my minor blog, but on the city's Art in Public Places page:

From the Key West Citizen this glowing acknowledgement. Key West seems poorly set to encourage roots here for future artists in paradise like the great Jay Gogin who touched so many hearts.

Posted with Blogsy
Posted by Conchscooter at 6:01 PM 2 comments:

I love summer in the Keys, but there again I love summer pretty much anywhere in the Northern hemisphere. I lack the normal human capacity to enjoy seasons, snow, short days, and all the cozy romantic nonsense of being housebound in winter. As Cheyenne and I squelched down Elgin Lane we passed a young woman sitting on her porch putting on running paraphernalia. She asked the formulaic question, and even though I know I'm supposed to reply "Good. How about you?" In the monotone preferred by recorded answering services I cannot, and I blame Aspergers for this, not the devil that resides on my shoulder; no I cannot use the stupid rote formula that generates the automated response, no matter what daft thing I say, "Fine thanks." People are so used to the automatic exchange they give that answer no matter what devilish thing I say. 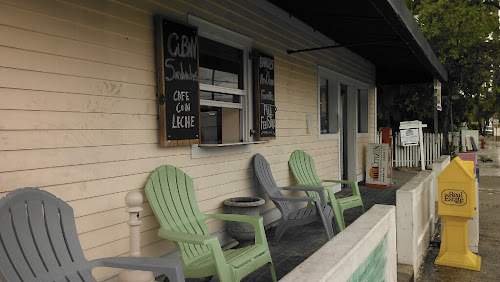 This one didn't, to her credit. When I said, in response to how was I doing, that I was getting soaked her eyes lit up and she said, yes isn't it great, such a refreshing break in summer, her dog prancing after Cheyenne like a teenager around a plodding babushka. That's one of the things I like about summer here, rainy season is when it's hot. I have lived in places where the weather conspires against you and freezing winter rains reduce the lovely fresh green summer to an icy muddy mush all winter long. To be rained on to no visible effect is glorious. Crocs to wade puddles is all you need to cope with sudden summer downpours in the Keys. Plus the cool fresh rain slakes a dog's thirst. Perverse headless animal. 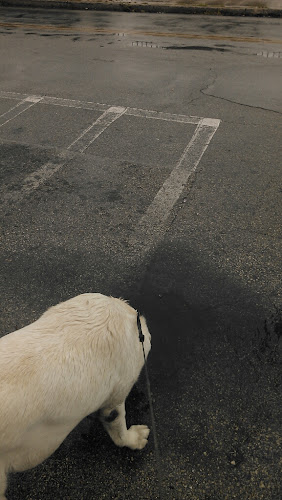 The struggle continues to turn the gray drab military housing in Peary Court into an exciting community fully integrated into the surrounding neighborhoods. From what I have heard some of the surrounding neighborhoods have grave concerns about being integrated with a community that will be manufactured and that will be struggling to prevent Peary Court from becoming a shortcut for drivers seeking to avoid the jams that form on Truman and Palm Avenues. Meanwhile the developers keep cutting their cloth to create the maximum possible density the city will allow...renting here increasingly seems like a short and shorter term proposition. I like the sign "old town living." It's not at all any of that but truth is no longer a requirement anywhere in public life. 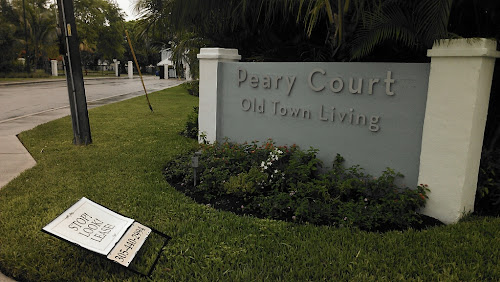 In talking with Gary last week I stumbled across an idea made concrete inasmuch as contemplating the workplace of the future I lamented the gradual disappearance of those things that give people like me the ability to keep chugging along, job security, benefits, planning and the future of young people seeking work seems very different. He, the father of two daughters in college, made the point that perhaps that is the world they seek. Just as we upended our parents views on what was just and proper so they too are doing the same. It would be nice if he were correct, because I feel the doors of job security, pension planning, benefits and all the rest of it slamming shut behind the departing ranks of us baby boomer workers. Brave new world, I wish them well. 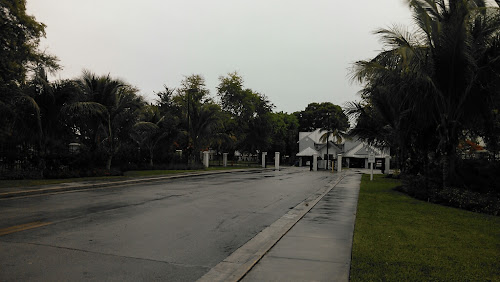 Which thought allows me to turn away from a future filled with different work ethics and employment insecurities to indulge in that nostalgia which looks back at what makes a good and memorable summer, contemplation especially promoted by drizzle, outright rain, absence of sunshine and color. My memories of summer involve light and heat mostly, with smells and noises in walk on rôles. 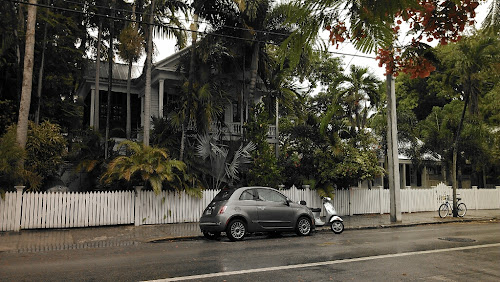 Summers at boarding school at about the latitude of northern Maine meant daylight was strong enough to read by at eleven o'clock at night, and I remember getting out of bed in a dormitory filled with three dozen young scholars to sit on a third floor windowsill to read a novel by natural light. England in summer is an extraordinary place, as green and lush as a jungle, filled with the sounds of insects, and a twilight that takes hours to fall and rob the countryside of daylight. Talk about shades of gray...it's the best thing about northern latitudes, that endless twilight, like a very slow deliberate and totally self aware descent into unconsciousness. I miss that as day shifts to night in the Keys faster than you can pour a cup of tea.
In Italian summer holidays by contrast twilight was short and sharp and signaled a retreat to bed for the workers harvesting food all day. It was the long hot silent afternoons that I remember as the best part of summer. My mother was a great believer in afternoon naps and she would take me to bed and wrap a maternal arm around me as she drifted off. I would wait till her breathing got deep and regular as it always did, allowing me to slip out of her anaconda grasp to an afternoon of limitless freedom. My friends would be sleeping so the village was mine, all mine, a silent life sized Lego village, a blank canvas for three hours wherein I could win wars, take epic journeys and slay all manner of fearsome dragons under a baking Mediterranean sun. The sounds of summer in Umbria are crickets, more properly known as cicadas, rubbing their legs together in an endless mating ritual that is the sound track of summer in my mind. 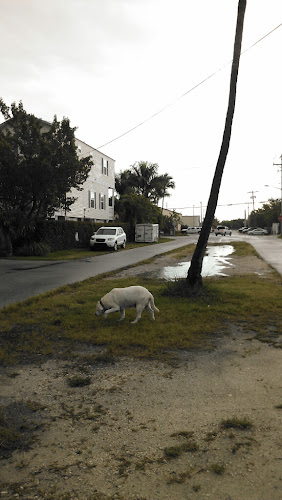 And now I'm all grown up to all appearances yet I still have summer afternoons to myself, long hot tropical days with my only companion Hobbes the Labrador to conquer new worlds and play endless games of Calvinball. 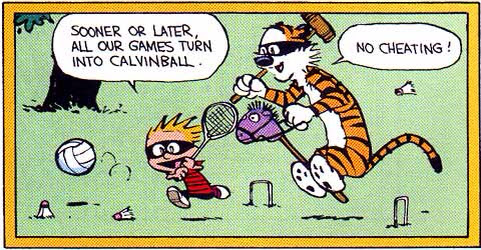 And we don't have to stay indoors when it rains as my mother is long dead, with all her neurotic Italian health concerns about rain and arthritis and bronchitis and I don't remember what, none of which enabled her to live as long as I have. Nowadays I don't care if the twilight lingers or not (it still doesn't at these tropical latitudes) because Calvin grew up and Hobbes gets to sleep the evenings away in a coma of old age as I spend my nights playing telephone hide and seek with intoxicated adults who ought to know better. 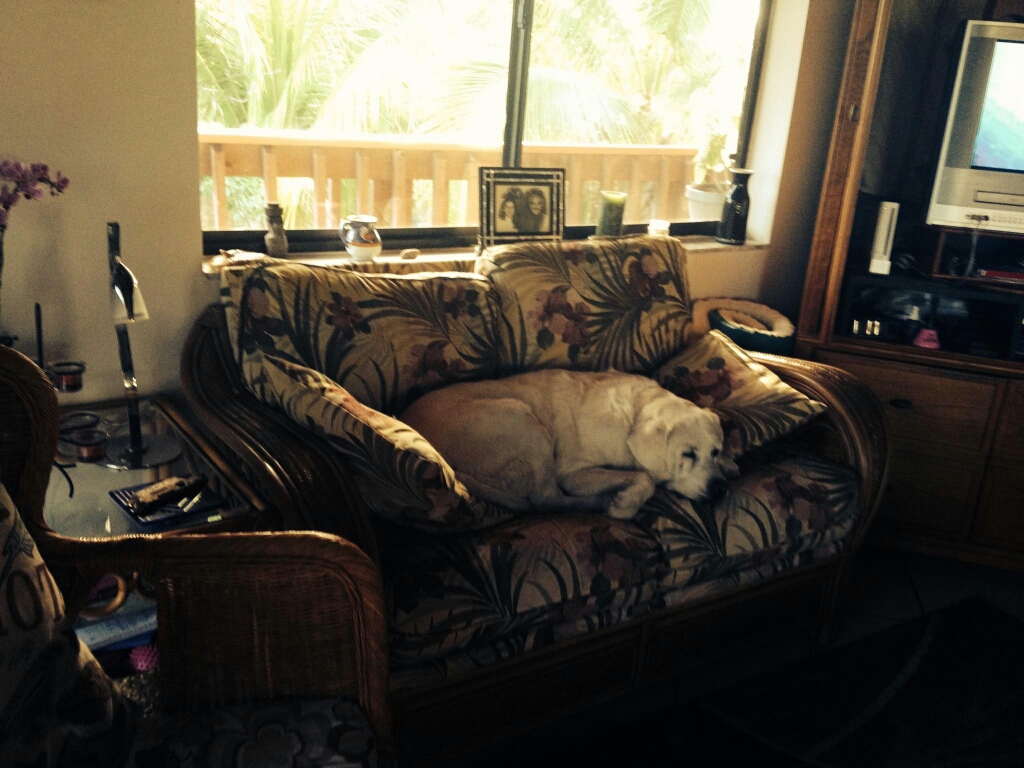 It turns out I am reliving the enchanted summers of my childhood quite by accident. How odd.