Water And Heat In Key West

I saw pictures of the western drought, a ten year record setter that has lowered water levels to historic lows across the heavily populated desert southwest. The Colorado River is a muddy trickle, Lake Mead is a puddle but the sidewalks of Duval Street are flushed daily with a total loss use of potable water. Instant communications are a curse for those of us that pay attention to trans continental news. 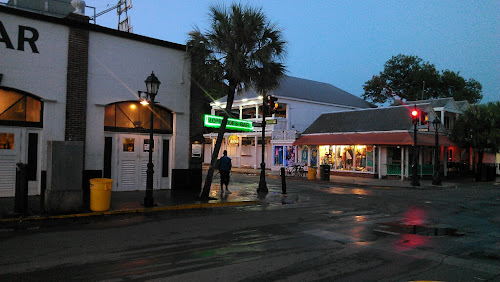 I mentioned the drought at work which elicited a huge yaepwn and a quick return to the more absorbing subject televised zombies or vampires or some other manufactured drama. And why not? The rains this year are abundant, frequent and if not prolonged at least briefly extremely heavy. They leave their mark, these rains with high humidity and deep puddles. 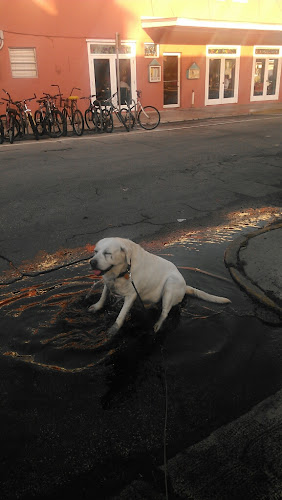 Walking Cheyenne is an exercise in talking a strolling shower, as overnight lows struggle to reach 85 degrees after daytime highs in the low 90s, and the humidity in the air is like being wrapped in a warm wet blanket. Even the snakes are looking for relief: 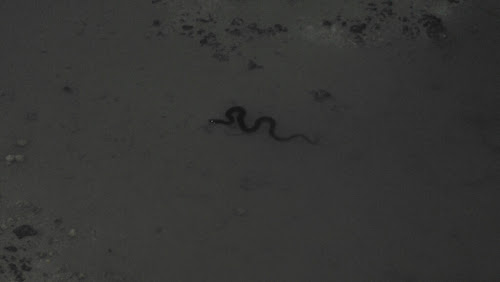 People frequently tell me they prefer dry heat which doesn't suit me at all, I don't like cracking nails and my hair reduced to straw and itchy dry skin. I have seen temperatures well over a hundred dry degrees and honking dusty winds and I don't like that at all. I like the daily sunshine, life seems too short not to live it in primary colors, shades of green and blue and bright white in these islands. 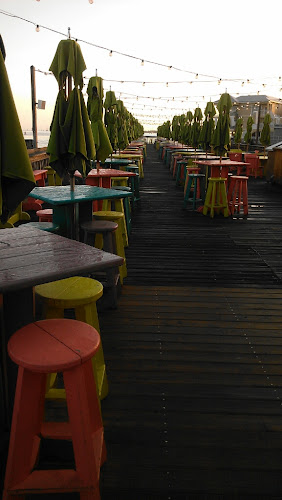 Of course we live in modern times, attached to the mainland by a road that brings not only supplies but expectations and to some extent values as well. It is not acceptable to show up at work with huge 19th century style sweat rings under your shirt sleeves, and modern homes come equipped with efficient central air or noisy and inefficient window air conditioning units. In the same way television and daily manufactured drama, fashion or food fads are the staple of conversation, modern life in the Keys requires a tad more sophistication than a fishing pole and a mint julep in an adirondack chair. I have lived in the tropics without air conditioning, but I was not working and I thus had lowered social obligations and could take all day to accomplish the simplest tasks. Besides which none of my sailing neighbors had air either, so we sweated in unison. 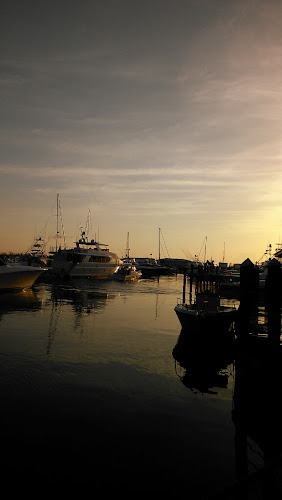 I filled my Vespa with gas last night and premium cost $4:20 a gallon at the Truman and White Street gas station. Our electrical bill most recently amounted to $150 to de-humidify our stilt home, which seems remarkably reasonable considering the cost of energy and the instability everywhere in the world they drill for oil and gas. But we seem to be doing better than we have for years as far as that most precious commodity called water is concerned. 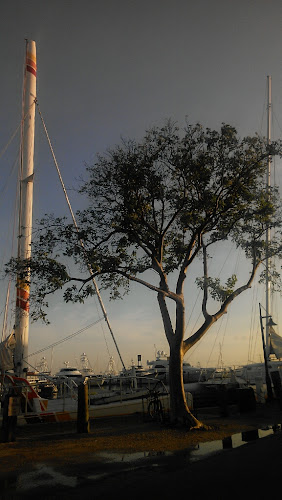 In recent years Lake Okeechobee has done the drought disappearing act but rain brought it back. The South Florida Aquifer seems to be holding its own at the moment thanks to rain. Perhaps the southwest will get rain enough to supply ten of millions of Americans and those poor brown sods south of the them who also happened to rely on the Colorado River. Yet rain in summer is a natural condition in South Florida, and in the west them call them deserts for a reason. 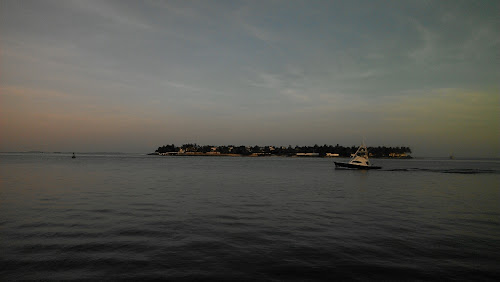 It must have seemed like a good idea to populate a desert with orange groves and people and roads and more of the same for decades but they seem to be coming unstuck. My brother in law in the mountains of Asheville has a similar attitude toward idiots who live by the rapidly rising waters alongside the lowlands of Florida. By the time our shoreline drowns I'll be dead I figure so the question of what to do will be moot. 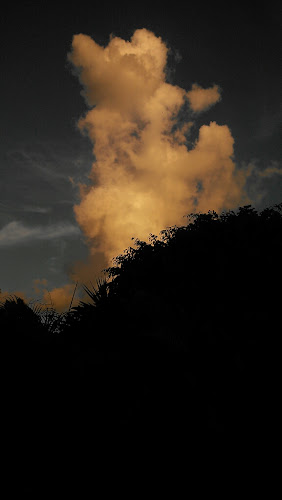 Oscar Wilde remarked that talking about the weather is the last resort of boring people and he may have been right but it sure is a phenomenon these days. Now they tell us a cold front is going to chill out the states to the north of us, which news is offered by way of relief from haunting heat. Fair enough I suppose if you think getting out of bed into 55 degrees is a good thing. I experienced that recently in Maine and found I good comes of that sort of thing, unless you are a furry Labrador. In that case sitting in a puddle in 90 degrees is the next best thing as you reminisce about winter in. July in New England. 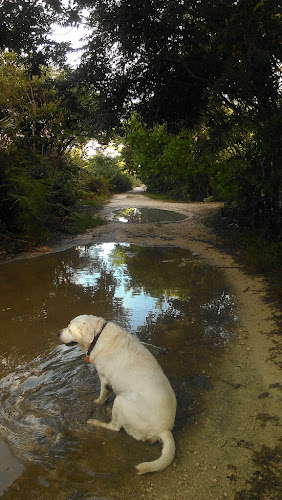 In the Pacific Northwest home to endless gray skies and ample rain they've been inundated with fire, which to my jaundiced way of thinking is far worse than a hurricane, but take your pick. Wait a bit and we may have a hurricane as yet another tropical wave in the Atlantic dithers about and considers becoming a tropical storm...but still I'd rather face a hurricane than an earthquake ( been there, done that...) forest fires ( ditto) and subsequent mud slides in a cold wet winter ( ...). Climate change deniers always tell us weather and climate are different and no one disagrees with that, but the violence of contemporary weather should give thoughtful people pause about climate. A cat on the other hand might just find relief from the heat on a terra cotta sand dollar... 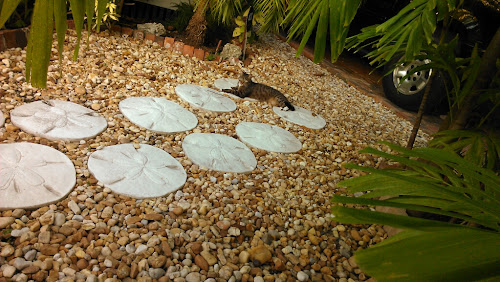 You take a look at an open air business like Buddy Owen's Fishwagon, photographed here early in the morning, and you wonder how business is during the heat of summer. Just because I like the heat doesn't mean it gives me an appetite for hot fish and steaming fries! In the sun!! But people do. 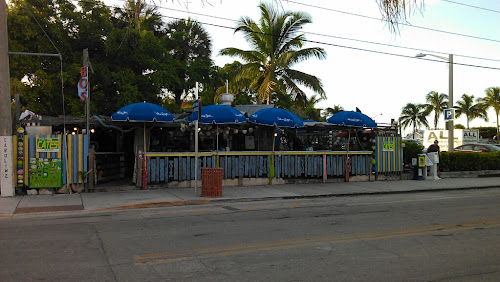 The smart ones are out before the sun is fully up, walking with Cheyenne and I, checking out the somnolent city, feeling the merest of cooling breezes on their skin. Summer is the season of childhood to me, the hot summer months when anything was possible, when the days were long and the whole wide outdoor works was laying at my feet ready for me to explore. Perhaps that's why I love the endless summer of life in the Keys so much. A boat ride, a bike ride, a walk with my dog, a swim, lounging with a book (kindle), these are the ways to wile away a boyhood summer, and to it as an adult reminds me of the same or similar for decades ago. 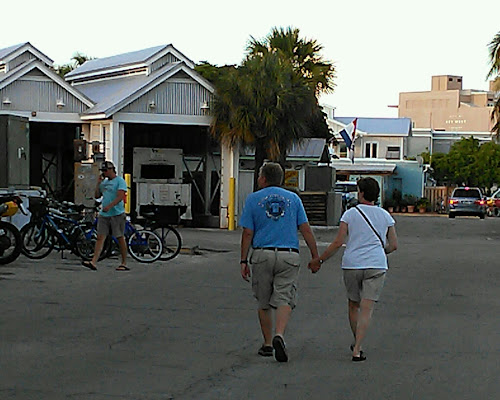 But now I'm old so I like my comforts. To live picturesquely is one thing, and I'm glad some like it so, But I like my comforts, dry clothes, mold free books and a sweat-free living room. Never mind cool uninterrupted sleep. I've known people come to live down here and make a big deal of eschewing the benefits of cheap air, but I'm not one of them. Certainly life here would be harder and dare I say less populated if afgordableair hadn't been made available after World War Two. Indeed some historians suggest that was the main reason peninsula Florida was populated. 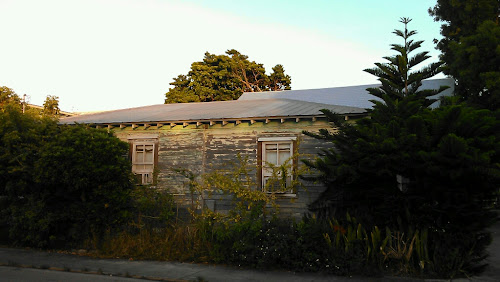 Wet heat, air conditioning, cheap energy. And a pretty town to walk in. So far, so good.