I do like being on the streets of  Key West when the rest of the world sleeps. Perhaps that's another reason I have stayed on night shift in the 911 dispatch center after all these years. On my nights off I sometimes go into town and see the work that it takes to keep this little tourist town attracting people who are ready to pay $400 a night for a room. 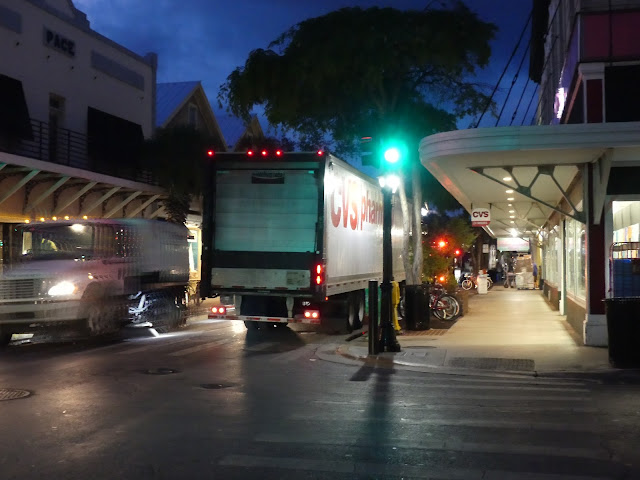 Street cleaning, refilling the stores, collecting trash, it all goes on after the bars have to close by 4 am and after the crowds if any, have dispersed and all is quiet. However this sort of thing doesn't please everyone. We got a 911 call recently from a distraught father who just got his baby to sleep and then had him re-awakened by a noisy garbage truck. The man was so angry all he could think to do was call 911. Nick calmed him down  somehow. 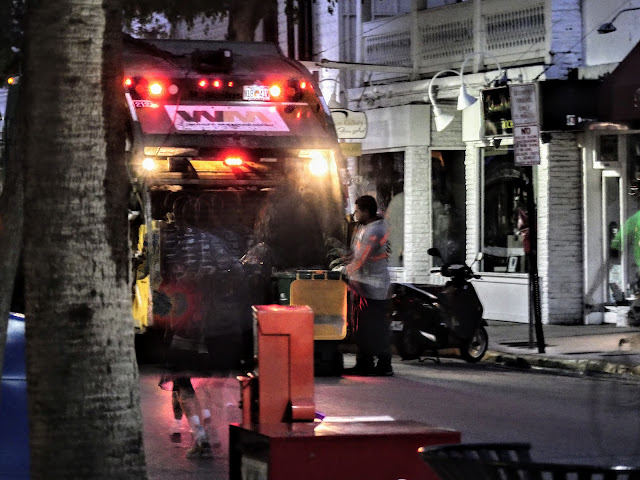 Not everyone wakes up at the sounds of laboring trucks and whirring street sweepers and clanging trash cans. 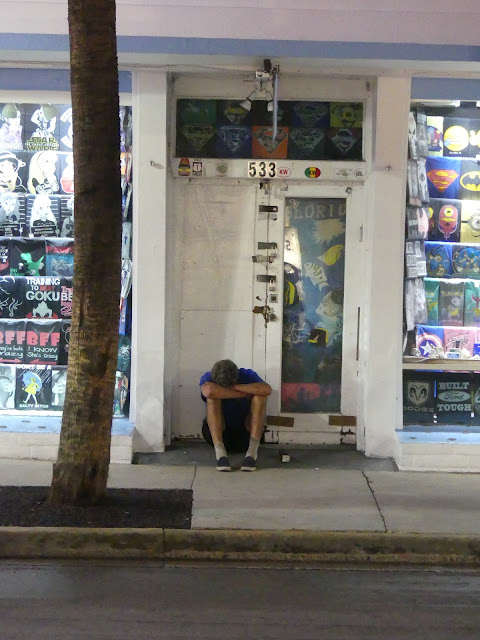 I can only take so much of it, as necessary as it may be. Walking the waterfront at five in the morning is a pleasant contrast. Here at the Margaritaville Resort, formerly known as the Westin and before that the Hilton Resort. Why Jimmy Buffett needs more stuff I couldn't possibly say but he can't seem to stop. Boredom perhaps? 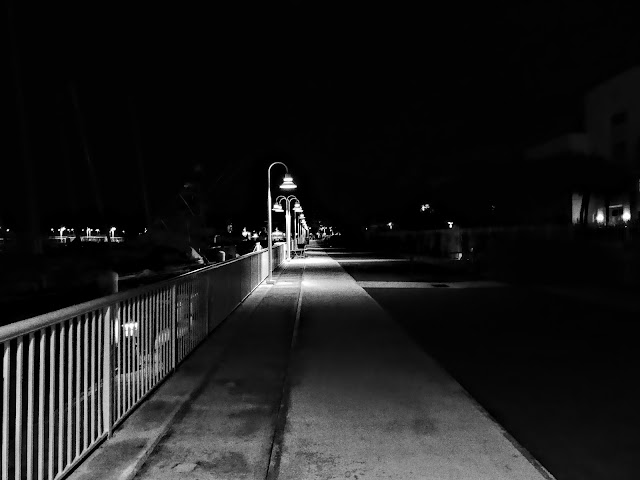 No one was around to celebrate with me the slow and spectacular appearance of the sun over the city. 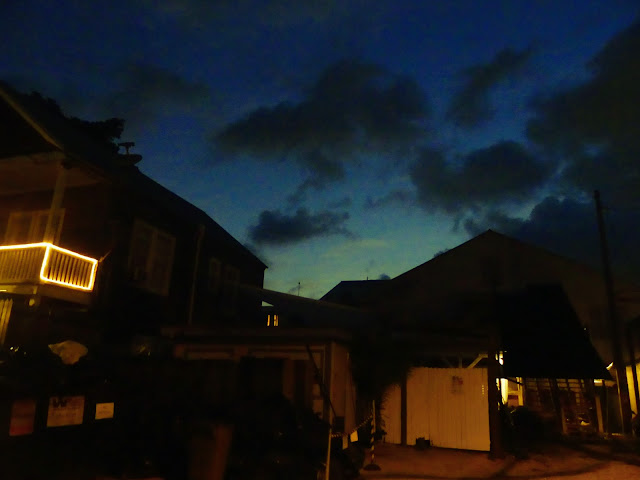 Except Rusty, he was with me and we watched the bread delivery for a bit at Fausto's on Fleming. 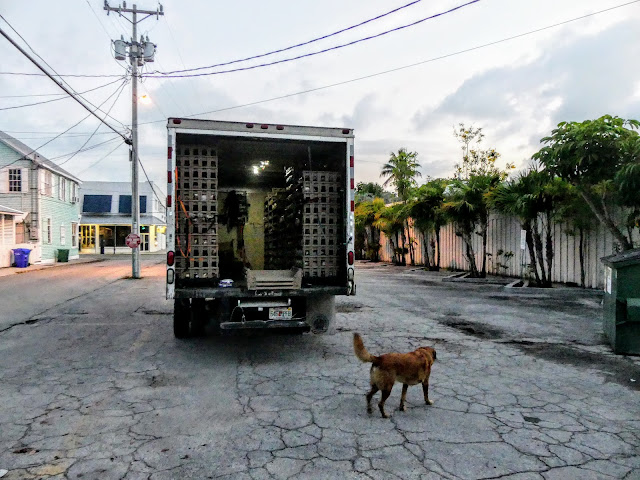 Much quieter, and it smelled good too.
Posted by Conchscooter at 12:00 AM 2 comments: