Another Day, Another Manspread

Whether I worked the night before or not the day starts the same: Cheyenne is there at the top of the steps waiting even before the sun comes up....I saw this sign tacked to a rather wet mangrove swamp on Ramrod Key. They are still selling Florida swamp like it was the 1950s: 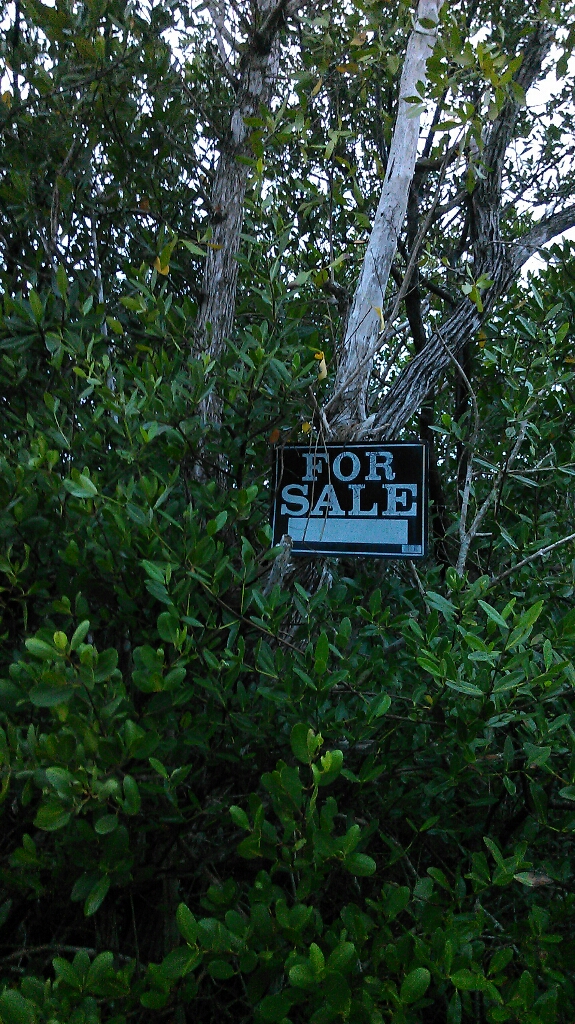 The morning yesterday was gray and low clouds hid the sun and  Cheyenne was busy so we kept our noses down and walked. It wasn't cold and I was surprised how active she was. 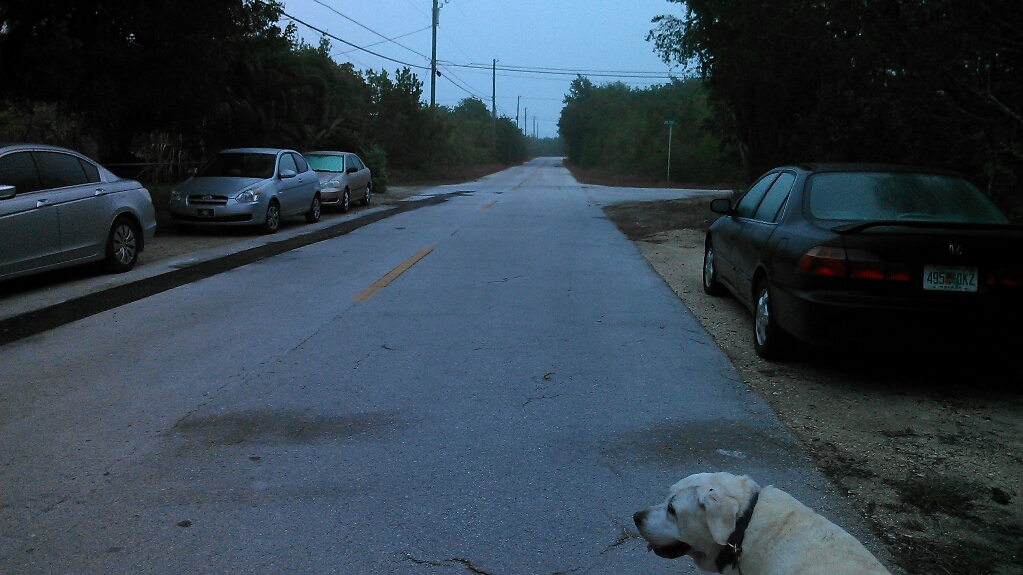 The sun was out by the time my wife and I got downtown and  looking up at the clear blue sky it was as though our early morning walk was in another world. White and blue and green, the primary colors of the Conch Republic. 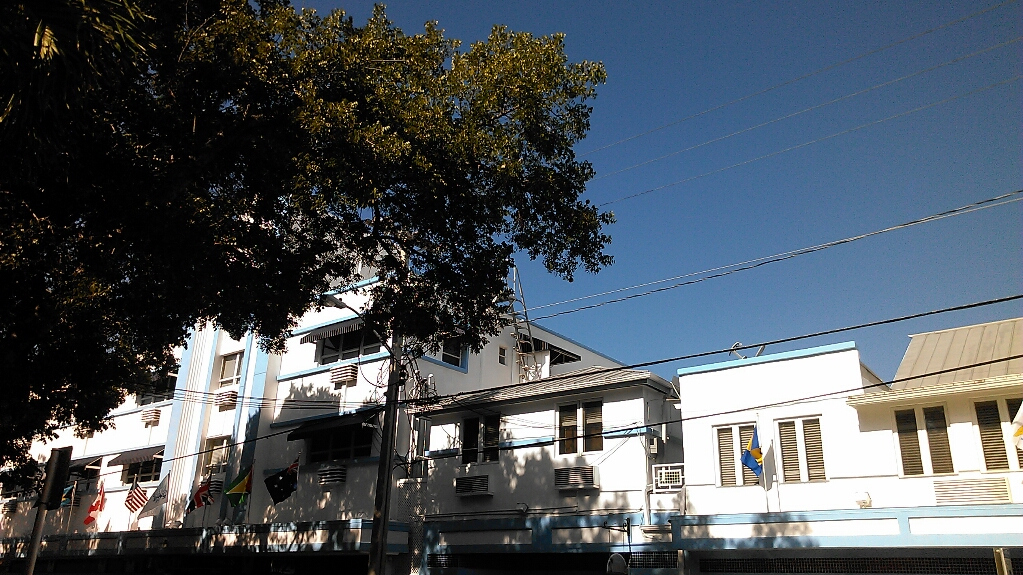 Walking past the bank I noticed this mural for the first time though I'm sure I've seen it before. This time I actually noticed it, but I didn't have time to study it as we were just about on time for our appointment. I hate being late, and I don't care how cool it is to be late in the Conch Republic, I can't abide it. 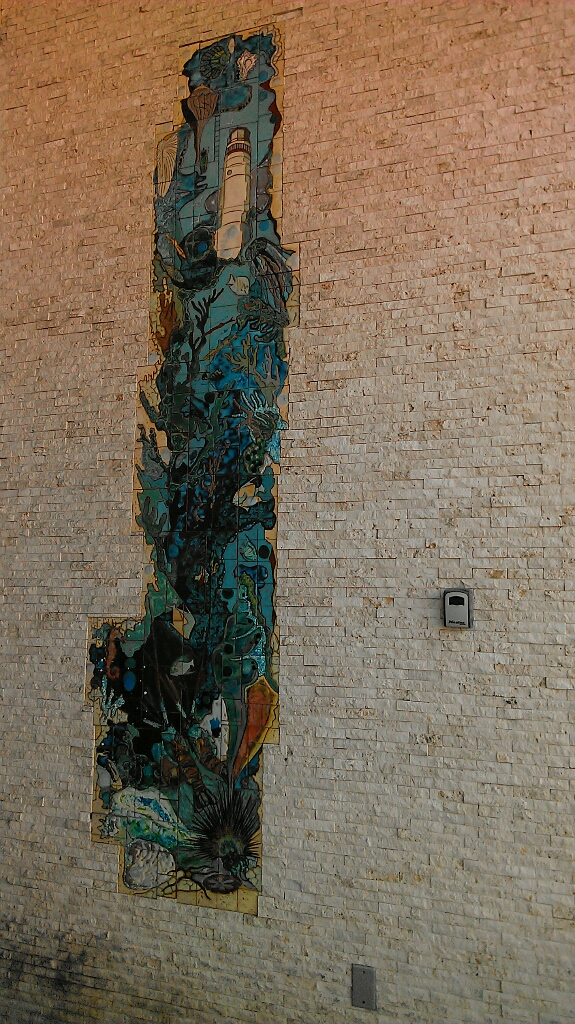 Key Lime Square, home to a couple of restaurants and several businesses is somewhere I like to walk through from time to time simply because I can.  It almost qualifies as  a Third Place in urban planning terms except that people actually don't  hang out here much. It's more of a connecting alley. Shame. 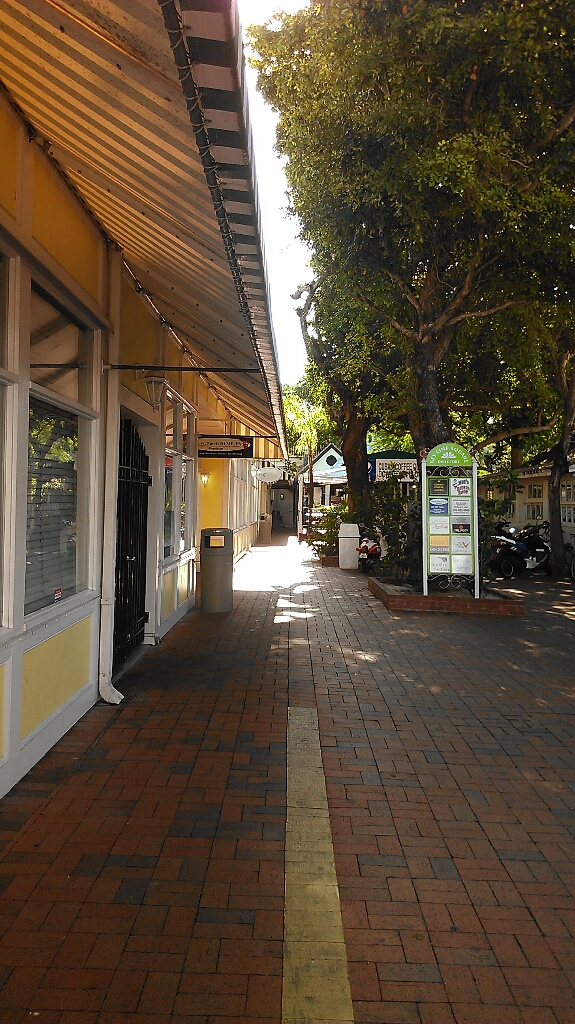 I have read about the way passengers in crowded urban spaces claim turf, men particularly by spreading. And here we were in the doctor's waiting room enjoying a New York subway moment. Nice huh? 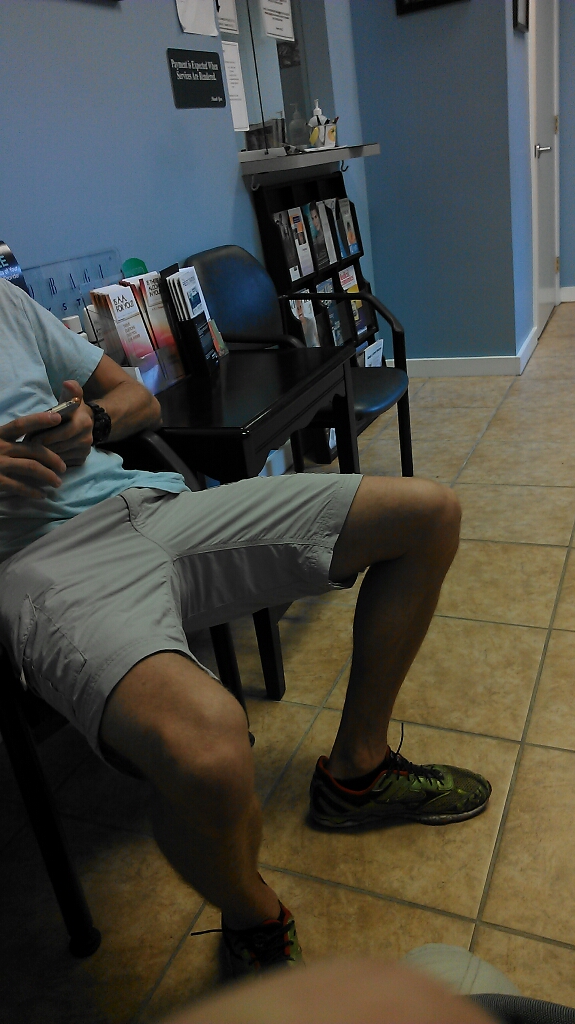 Florida has a rather poor reputation as a place to buy addictive narcotic pain medications without too much hassle so the State has felt obliged to crack down on the habit which makes life awkward for doctors who treat people. I am told it is such a hassle to prescribe pain medications many doctors prefer not to and send patients to specialized "pain clinics." Weirder and weirder. 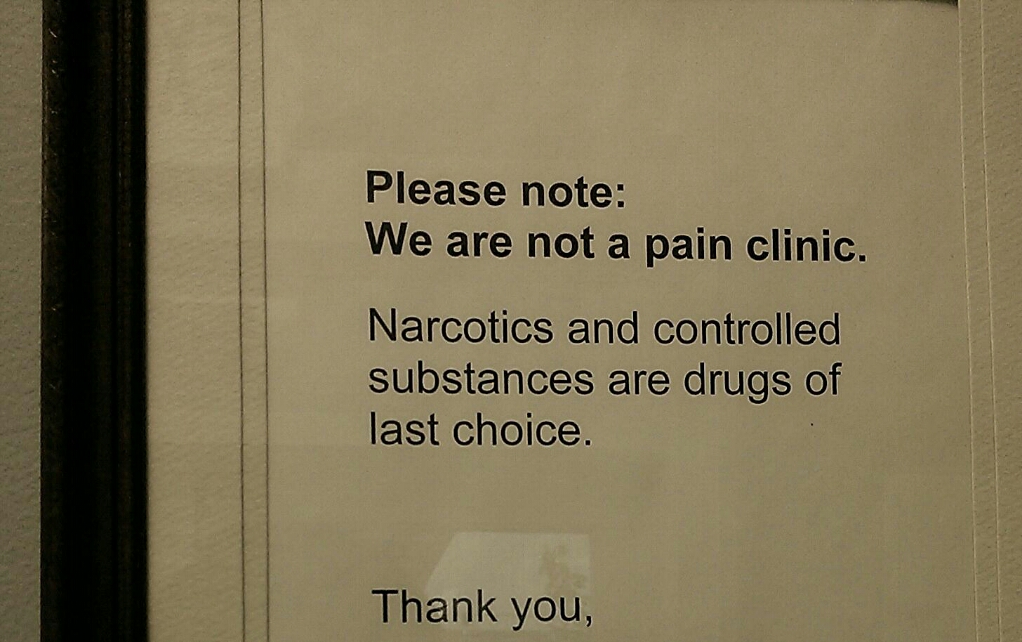 It was just a  check up, all was well and no pain medications needed. Yet there was a Frenchman shouting into his cell phone after the manspreader  had left. I was pretty sure he was French and not from Quebec because I could understand him quite easily and he shouted into his phone in the full and certain knowledge his lingo was impenetrable to bystanders. I am sure the woman on the other end whose maladies were being broadcast at full volume was hoping the same but I got a pretty good idea of her medical history and full range of treatments, her recent car accident and her documentation, all entirely against my will. Then the Frenchman was replaced by someone whose telephone spoke loudly to him as though he was blind. "I am sorry to interrupt but you have a text message" the tinny voice blared across the waiting room. I figured he wasn't blind, just dim, as he was reading something else on his phone at the time. Then various bells and whistles and alarums followed in quick succession and I looked up expecting to see Barnum and Bailey's circus arriving in the waiting room but it was just him, the dude in the red cap losing control of his technology.

I have heard that cellphones may be allowed on aeroplanes someday soon. Bloody stupid idea, I'd rather sit next to a manspreader given a choice.
Posted by Conchscooter at 12:00 AM 3 comments: