In my continuing efforts to help Rusty get over his post hurricane stress (and mine) we went for a walk at Sugarloaf Loop, an hour's diversion between leaving my Cudjoe home where clean up is a constant and our digs in Key West with friends. Apparently we aren't alone in our hurricane stress: 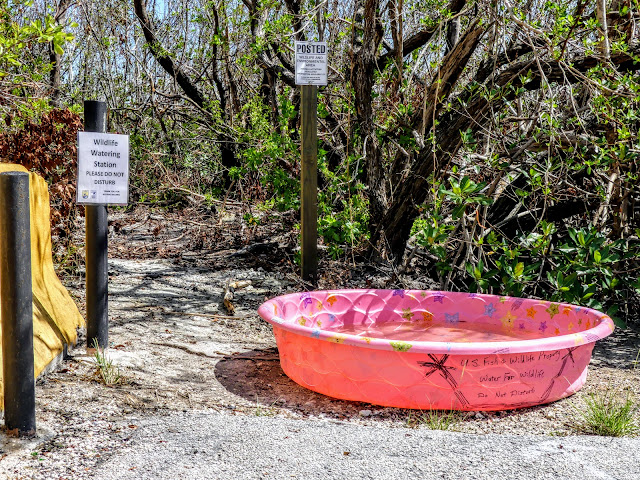 It was a beautiful hot still day, the breezes that are currently flowing over Florida hadn't reached us Monday so I was sweating by the time we reached the Sugarloaf Jumping Bridge half a mile up the trail: 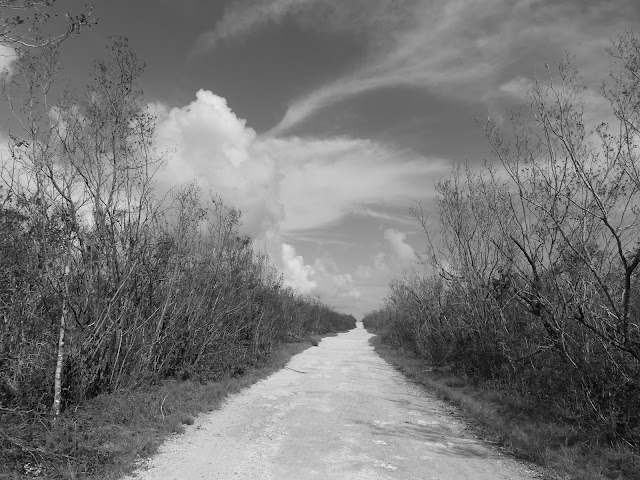 Joe Cool was busy checking out the bushes as we went. 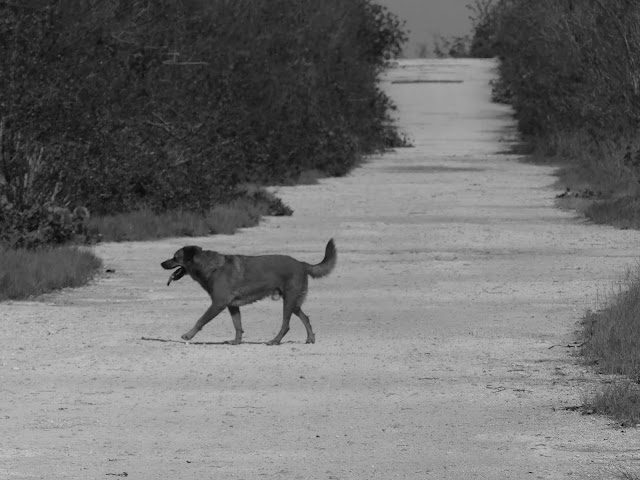 Aside from a couple of youngsters on bicycles who overtook us coming from the main road we had birds for company and silence in the air: 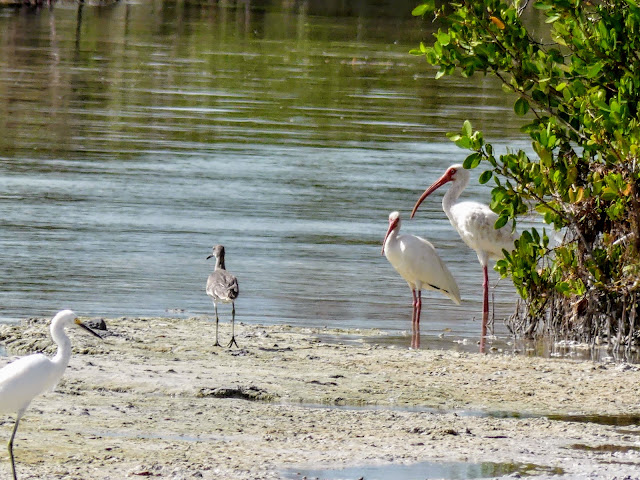 Rusty was crashing through the dead leaves which now make up the underbrush after the Category Four storm blew through denuding all branches. I was checking out the canal and wondering if black and white pictures express the stillness and heat better than color... 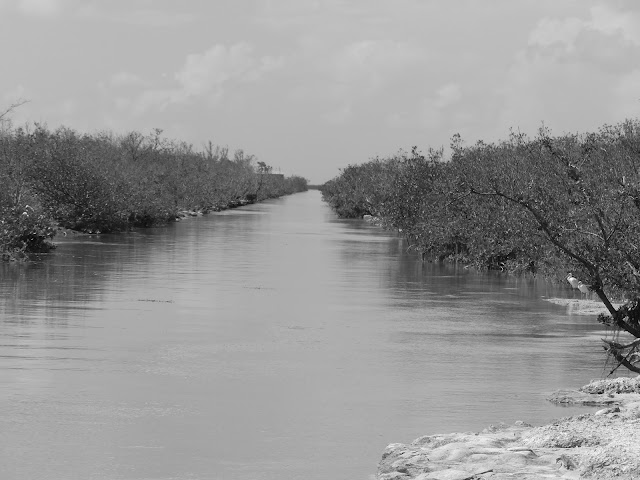 ...when two middle aged cyclists pulled up. I photographed their bicycles later and they looked ready for an expedition. 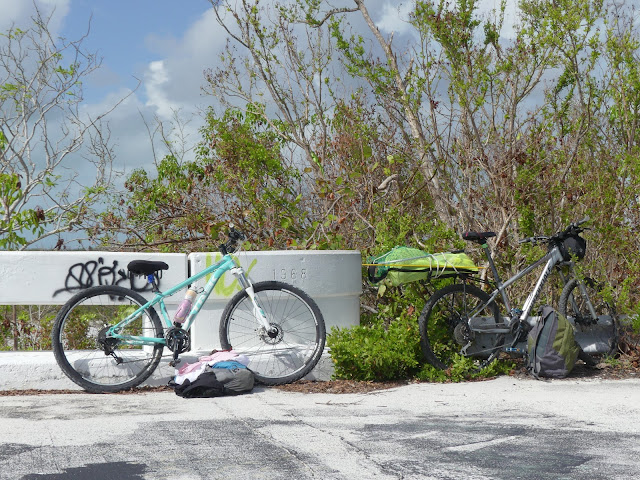 I saw them standing in an attitude of prayer and I thought to myself...that looks odd...had they been teenagers... 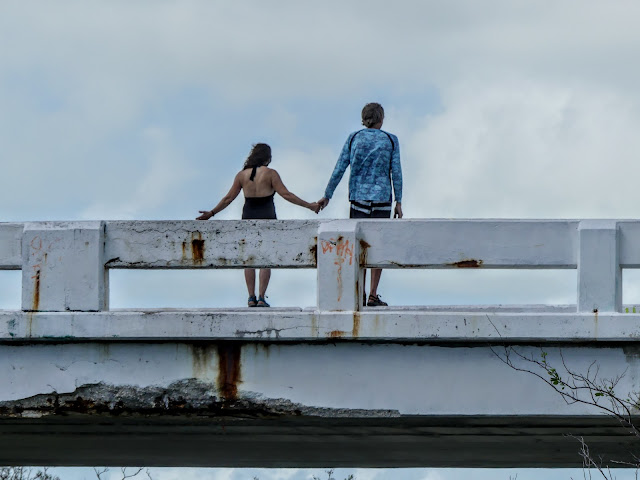 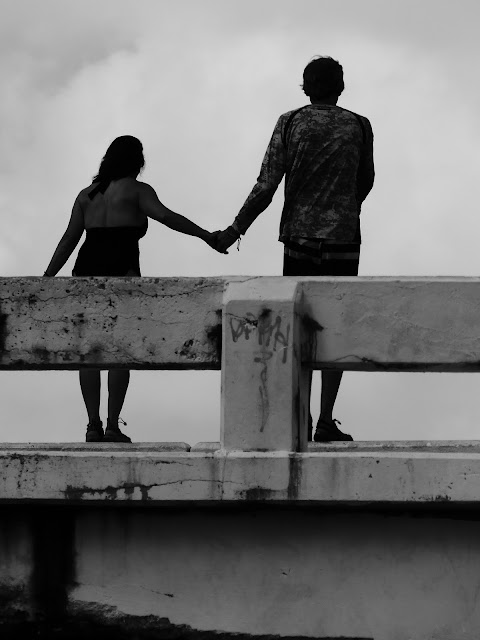 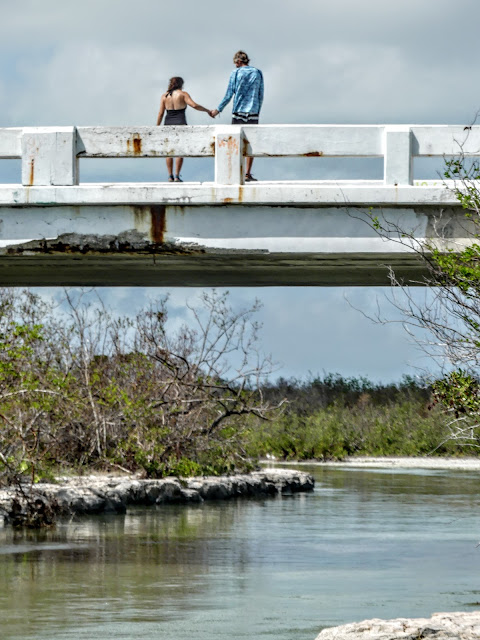 ...jumping off the so-called Jumping Bridge of Sugarloaf Key. It's where teenagers come to dare each other to make the status-affirming leap. I've photographed them before in this spot and they tend to shout and grin and jump. These two, affirming their status as rebels made it a more prolonged, thoughtful moment up there on the bridge above me. 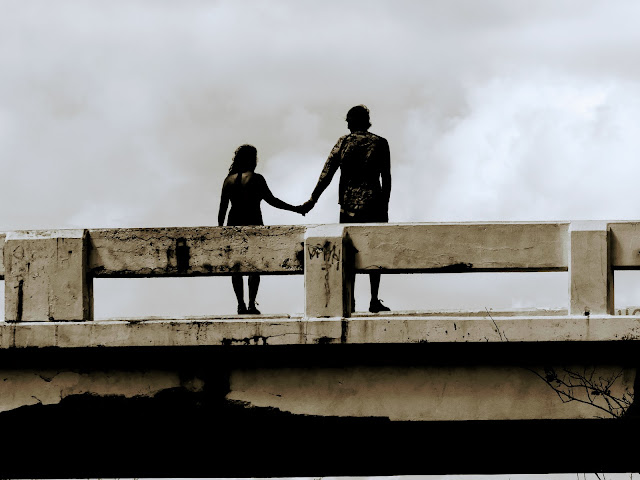 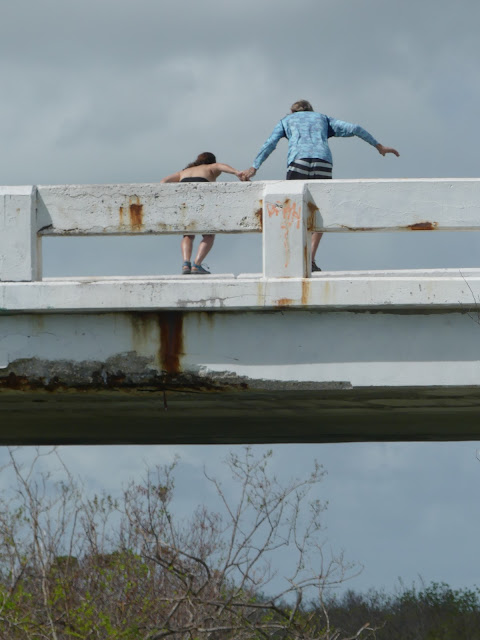 And down they went. 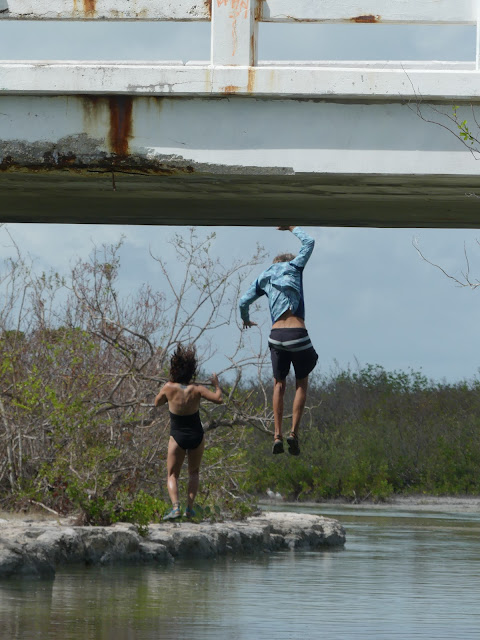 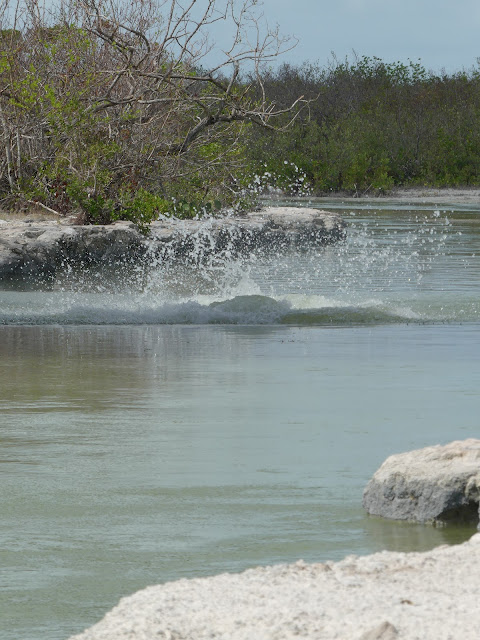 They said the water felt good which surprised me as I have not seen it return to proper clarity since the Irma unpleasantness. 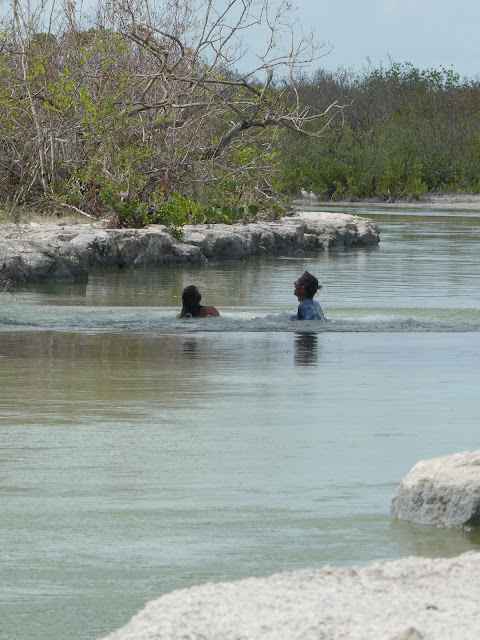 The birds weren't impressed but when I made a remark to the effect I'd only ever seen teenagers make the leap they said they weren't known for acting their age. 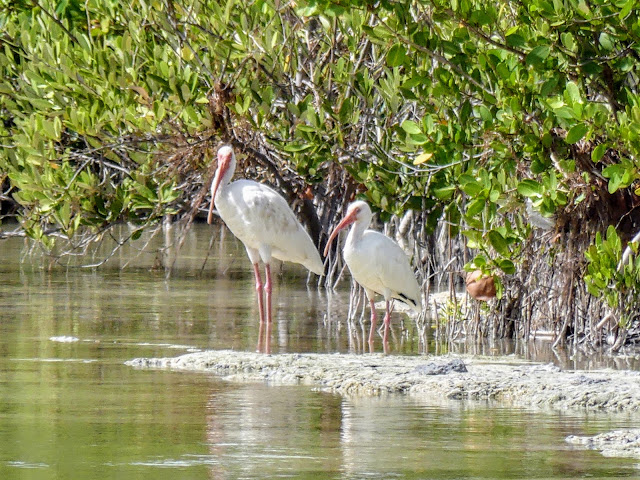 Rusty was cooling off while this went on. 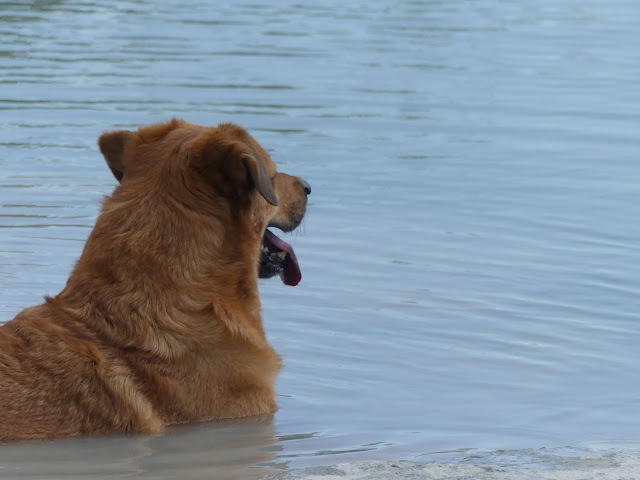 He just sat, not needing to make a point by jumping. The only dry one left was me and I was still sweating. 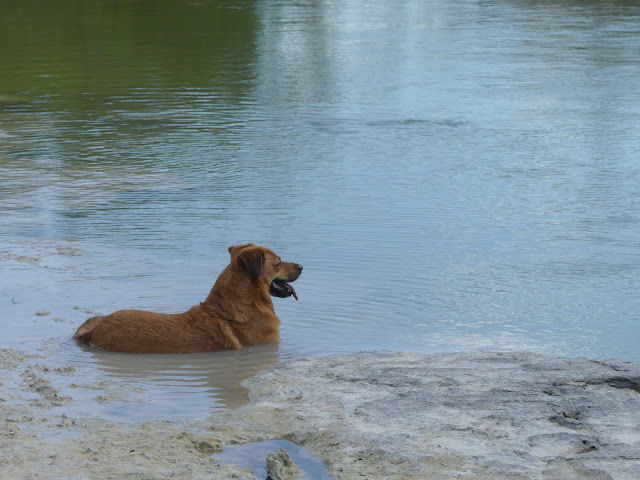 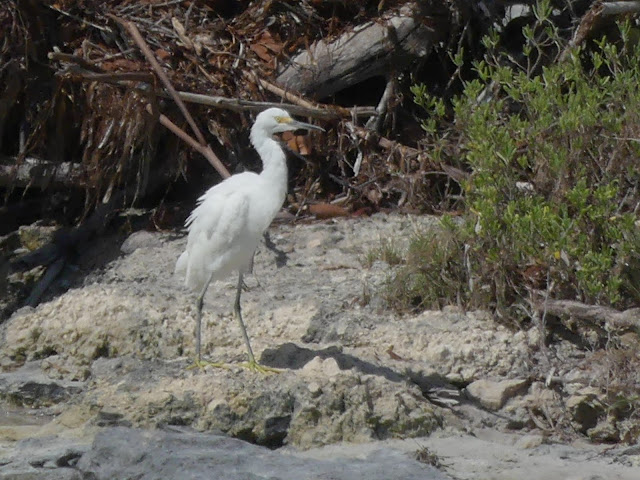 My black and white efforts  (swirled into sepia by my smart phone app) is a mark I think of me moving away from recording the gruesome facts of survival and thinking more about how things look. 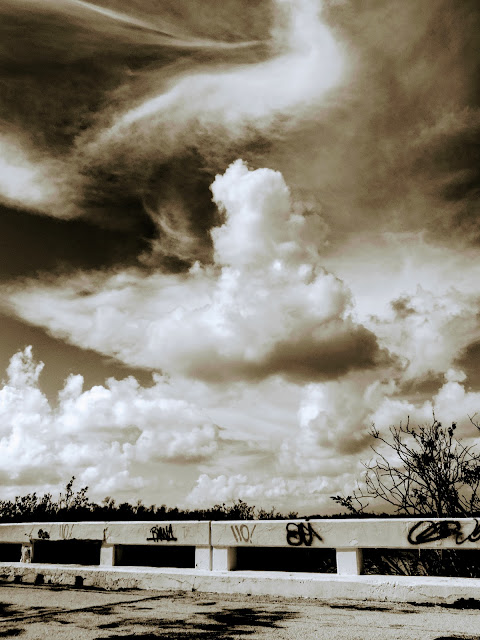 I rather preferred the black and white version of the jumpers' bicycles too: 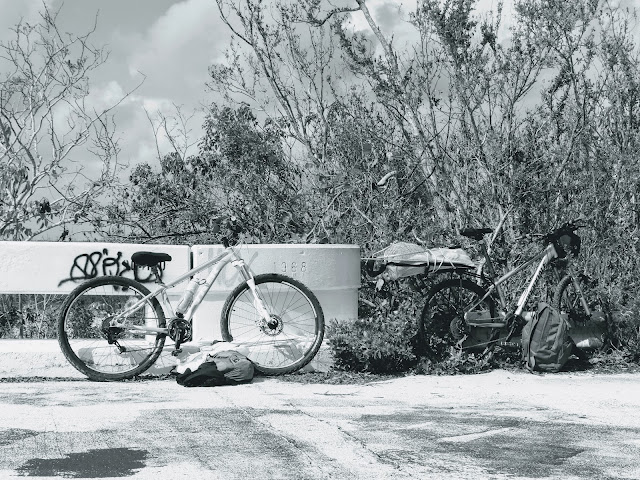 And Rusty who took off for a solo explore leaving me to find shade where I could and there was none. 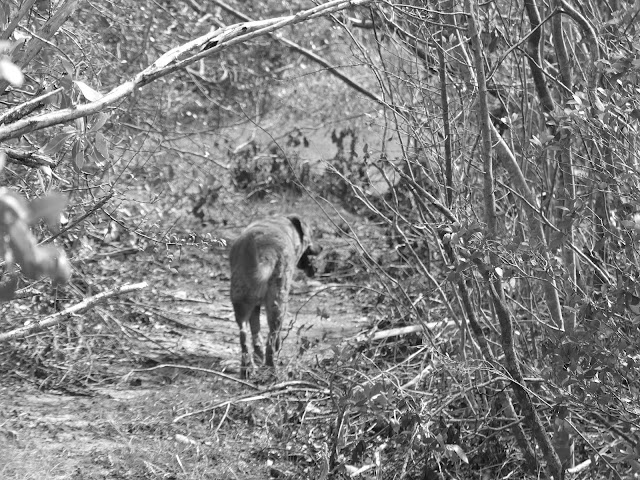 Then the wind picked up out on the Straits of Florida and we went back to the car, back to the world of  post Irma life in the Keys. 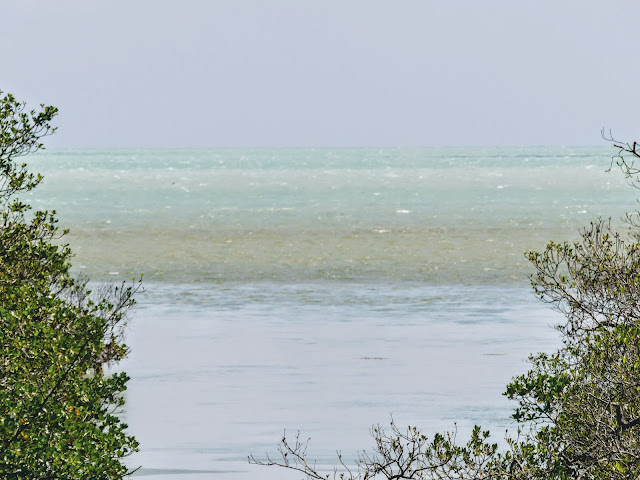