There's this thing called the Heritage Trail, a bike path from Key West to Key Largo connecting all the islands for those devoted to peddle power. The thing is, it's more of an idea than an actual path, but that unfortunate reality is changing, island by island. 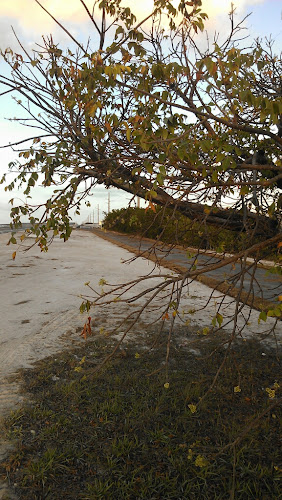 Here on Baypoint, Mile Marker 15 just north of Baby's Coffee the shoulder of the highway which was all torn up for sewer pipes has been torn up a second time and re-landscaped a second time, but this time around it sports a long black winding ribbon of asphalt. Cool huh? 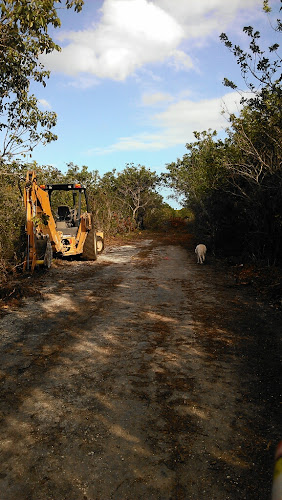 There's this old stretch of Highway on Cudjoe Key, Mile Marker 21 (above) hidden behind a hedge but running parallel to the "new" Highway which was built in 1982. Since then this paved road has disappeared under shrubbery. Until now. I found machinery on the old trail tearing up the trees and making way for something that might become a bike path no? This is what it looked like before they started tearing it up, and this piece will be next: 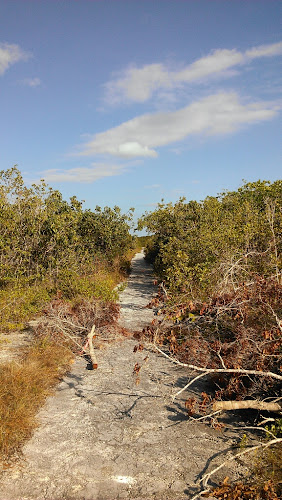 Cheyenne found this dead end path boring which is why I rarely came back here but I liked this quiet backwater, shaded and with a few views over water and mangroves to the north. I also liked the sense of history that the torn up paving hints at. 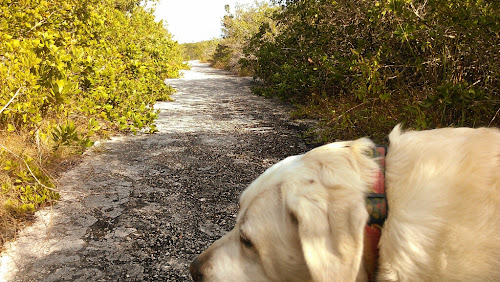 Whoever is remaking this path is looking serious with pink tape and these weird loo brush markers: 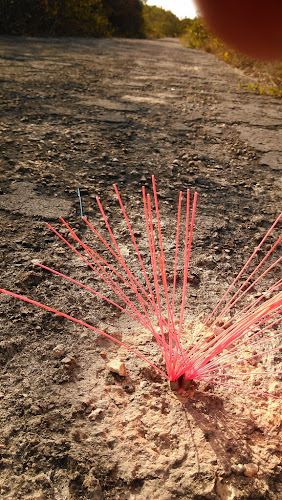 I hope the bike trail works and people get to enjoy the Keys at twelve miles an hour. I'd like t see trees and landscaping for shade and to make the ride more interesting. I know it's winter these days because suddenly cyclists appear on the current bike trail between Baby's Coffee at Mile Marker 15 and Big Coppitt at Mile Marker Eleven. I'm guessing that a long distance trail will attract cyclists. God knows they already show interest in riding with traffic, which surprises me. It's too bad the old Flagler bridges alongside the new ones can't all be adapted to bicycle paths. Some have been preserved but others haven't with the usual lack of foresight and commitment which are normal for Florida. That this is happening at all seems like a minor miracle to me. And my Bonneville is back with new valve guides, head gasket and a crisp clean ride that I had almost forgotten about... Too big for the bike path I fear where engines aren't allowed but big enough to run comfortably with cars on the Highway. And fun too, more fun than pedal power I say.