There is a category of Key West resident that gets my goat and it is that person who is leaving or has left and looks over their shoulder as they head to the real world sniffing about how Key West has gone to the dogs and is a hopeless place and they are glad to be gone. I don't think I will ever allow myself to be one of those but I am witnessing the transformation of a town that had qualities I enjoyed into one that is geared toward a class of human with whom I share no cultural values. I plan to retire from my job in 2021 and I fear I shall find myself even more socially dislocated than I do already. 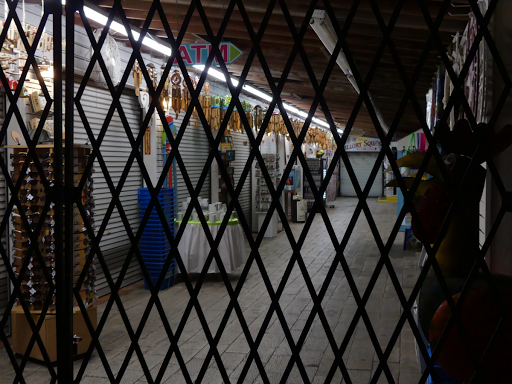 These  thoughts have been growing in me over the months as I watch more and more development and less and less true progress blighting this town.Perhaps it is because I have lived here for a while but I think there is a  fundamental shift under way that is preparing Key West for a future that holds no interest for me. And yet when I read commentaries on Key West from bright eyed and bushy tailed new arrivals I remember with some consternation that universal feeling of pleasure anyone gets when they discover there is a place in the sun for them and Key West is it... the End of the Road: 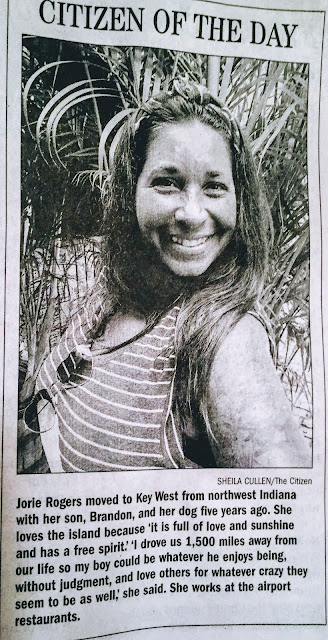 A colleague of mine was on "Wheel of Fortune" a few months ago fulfilling a lifelong ambition. He came back from Los Angeles giddy at his brush with Vanna White and fleeting fame but he also had a check to pay off his car and a ticket for a ten day vacation all expenses paid in Hawaii. His return from that other tropical US destination left him filled with wonder at a state where every home has a solar panel, streets are clean and panhandling was a Key West memory. Why can't Key West be like that? was the question hovering over his vacation pictures. Because the vision the city leaders offer us is merely more of the same. 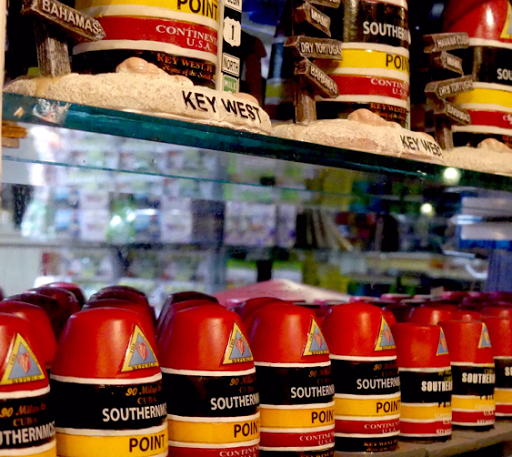 I have said it before that this town is so lucrative for the people in charge there is no incentive to upset the apple cart. While I acknowledge this truth I also see the future it is leading to and I don't much like it. Key West was once hip and daring and innovative, a home to quirky people and nationally renowned artists. It was easy for someone like me to fit in because my quirks are modest and in a  town where cross dressing was routine and bizarre habits lived side by side with prodigious inventiveness someone like me can blend in seamlessly even though I find it impossible to adapt to modern suburban America. My natural state of rebelliousness is very low key compared to what used to roam the streets of Key West. I like living in places where the outlandish is routine; I hide more successfully there and enjoy watching from the sidelines. 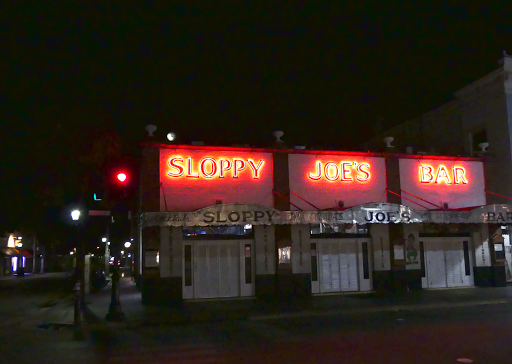 I look across the US and I see urban innovation and renovation underway. President Trump is free to imagine climate change is a Chinese hoax because local leaders are responding to the very real threats of desertification, sea level rise and increasing energy costs with local responses embedded in their own communities. It makes sense in a country dedicated to the tug of war between Federalism and local control. It's this lack of thoughtful innovation that worries me the most about Key West's future. Despite the community control of public utilities these are not agencies offering us modern solutions to urgent questions. Solar power is nowhere, and the water supply is piped from a  shrinking aquifer while at the same time ancient skills deployed for local rainwater collection are banned! It is not permitted to collect rainwater in cisterns and use it for household purposes. I did it for years when I lived in a  a house with a dual cistern and also piped water supply and it was great. The water tasted good, it didn't poison me and I proved to myself banning cisterns is stupid. But if everyone caught their own water the utility couldn't figure out how to make money. 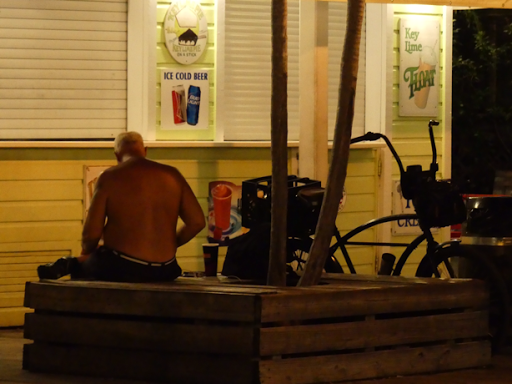 A new "car free Key West" program has been unveiled to much fanfare and not much information. All I have heard is criticism from people fearful that their use of cars will be legislated away in favor of cycling. Which you might think would be no bad thing, and yet there is no coherence to the plan such as it is. Key West has the highest incidence of bike related injuries and death among Florida cities, possibly because there already is a high percentage of people riding bikes. Possibly too because bike paths are scarce and riding a bike in Old Town is an exercise in taking your life into your hands. Visitors driving around have a hard time with the narrow streets lined with distractions.Asking them to not run over cyclists is too much. Oh and alcohol of course. A plan to create a pedestrian zone on two blocks of Duval Friday nights was hot down because merchants outside the zone thought it would be too successful. So did the city think to expand it? Of course not. That's the kind of thinking that makes me fear for Key West's future. A planned free bus loop across town has been delayed forever because they can't get the drivers and equipment sorted and in place to get the service started. Yet. Lower Keys shuttle buses banned bicycles for a while as the bike racks were too popular. I don't know what the status of carrying bikes on the shuttles is anymore, I've given up trying to understand these decisions anymore. To every hump in the road the only solution is to give up. When the city put solar panels in the new city hall parking lot all they got was grief from neighbors who thought they were ugly. It just goes on and on. How they plan to attract young forward thinkers to this town I have no idea and i don't think anyone cares. 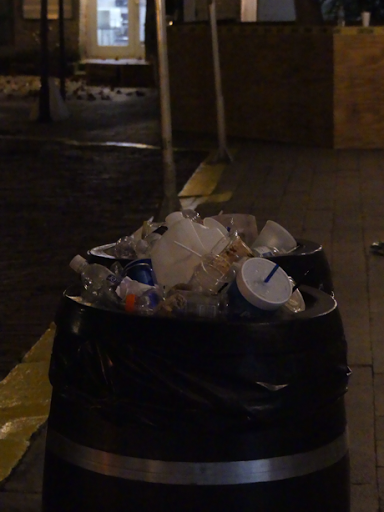 Key West hasn't caught the renewable energy wave sweeping the country and recycling remains a vague promise but it isn't driven by an interior monologue that requires and believes in cleaning up after oneself. Mote Marine Lab on Summerland Key is working with State and Federal officials to repopulate the reef one healthy coral at a  time.  But there is no limit to the numbers of people and boats and sunscreen and beer that  covers the reef in any one day. We all know it is stressed out and lots of causes are bruited to blame for the decline of the coral but it is all merely an academic exercise in discussing an interesting future problem. Some day the visitors will realize there are abundant colorful reefs elsewhere in the world, nurtured and protected even as climate change, that implacable Chinese hoax heats up tropical waters and slowly strangles the coral worldwide. That  Key West has an accelerated program of stressing the coral is of no interest. Tourists bring money q.e.d. 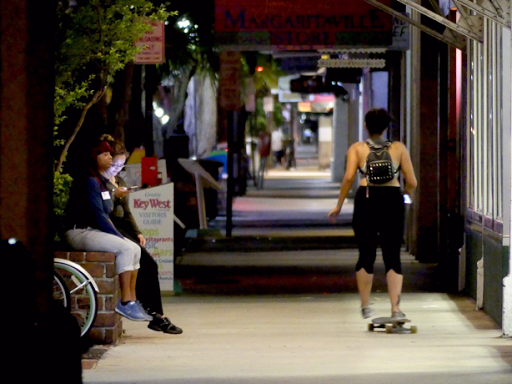 The Studios at Key West are another bright spot, like Coast a rather less well funded artistic hideaway on Stock Island. They are the last publicly acknowledged centers nurturing the art that once made this town well known beyond it's size. Key West today lives on its reputation as a haven for dead artists most of whom don't get a mention these days unless they are the stoutly masculine Hemingway or the florid Gothic playwright Williams whose appeal lies mostly among lovers of the arts not the day trippers who line up to see Hemingway's cats and his garden urinal. Elizabeth Bishop? Robert Frost or even the very much alive former resident and current novelist Anne Beattie? I look forward with interest to see what the new voice of Fantasy Fest will offer up this year, more local fantasy they say and less dangling genitals. We live in hope. But I don't think artists will be taking up residence in million dollar cottages anytime soon. That ship has sailed. Key West is still a lovely little town set in beautiful turquoise waters with what I consider the perfect climate because I have no  love for seasons and snow and stuff. But it is a town populated more and more by temporary residents with no real attachment to it, not people who live work and raise children here. It is governed by people who see only dollar signs in its attractiveness and lack the vision and determination to support and sustain those  dwindling few who still try to live here and live lives of daily domesticity, the backbone of any town. The eccentrics, the artists, the social outliers have moved on to more interesting towns, more affordable towns and like other formerly interesting towns that lost their grip on character, Portland, Santa Cruz, Aspen and Taos to name a few that I know of Key West is slipping away to mediocrity, the worst fate I can imagine for a town that has so much potential and so little likelihood of achieving it.