Good And Bad In Key West

I dropped my wife off at work and drove on into Key West from Stock Island. Cheyenne needed her morning walk so I started by stopping at The Pines, a shady spot near the airport, which gives a pleasant view across the ocean as the sun comes up. And there, on the horizon, a cruise ship shuffling up the ship channel. 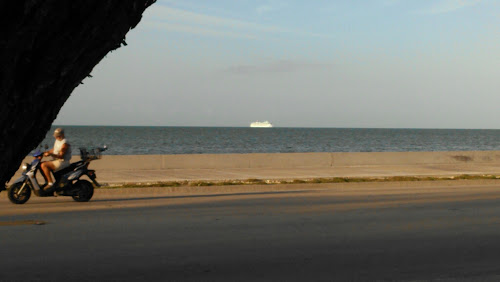 Cheyenne soon lost interest so we headed downtown, her preferred hunting ground, and went sniffing around. I found this mark I the cement, perfectly formed and intelligible yet lacking any purpose. Boza was here seems a rather inadequate memorial in a town where Boza is a well know last name. 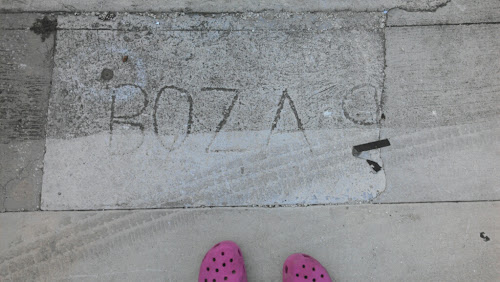 I love these notes that pop up in odd corners of the city. Keep off my fruit, I prefer to give it to my friends. The endless warnings to beware the utterly harmless, possibly imaginary, dog. And that perennial favorite asking we not block driveways. Then there are the more personal notes. 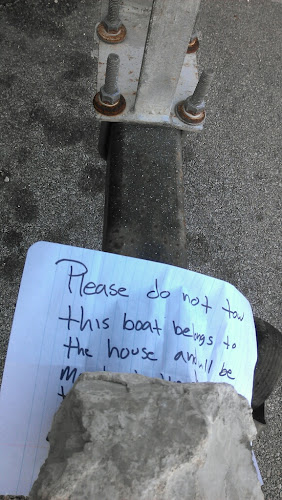 Well, it is a bit of a lump on a narrow street! 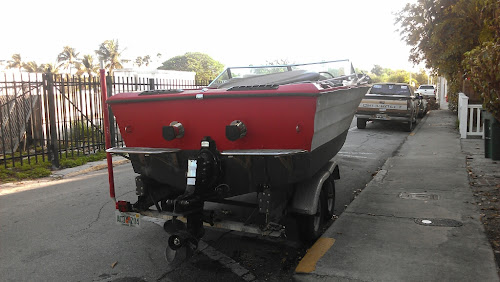 People get seduced by the beauty of old town but the profusion of signs entreating and pleading and demanding and threatening hint at the reality of close quarters living. 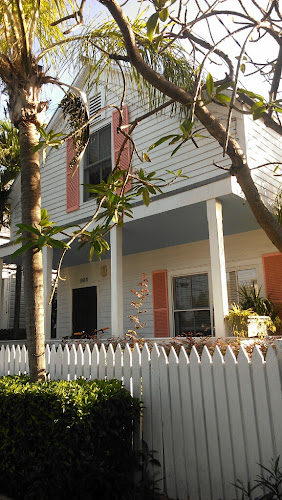 One of the other irritants that pop up in the endless litany of complaints are the leaf blowers. I have enough engines in my life already and I don't need any more so I use a machete, clippers, a broom and a rake. I am not alone apparently. 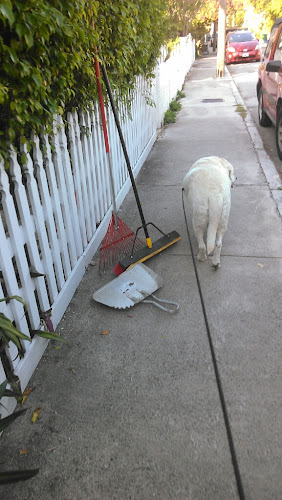 Green white and blue, the colors of the Keys. It's supposed to be mid eighties by day and mid seventies by night into the foreseeable future. Excellent. 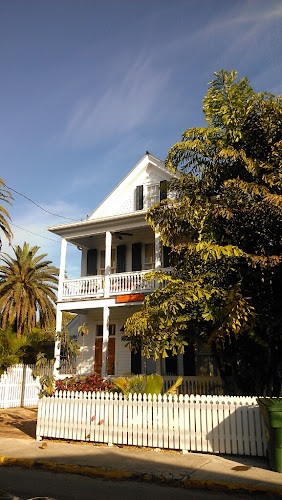 Then there are the feral cats that litter the city, literally. Feed and spay would be the sensible long term plan for an improved outlook but I certainly don't blame the soft hearted for carrying out half the program. Some strays do better than others. 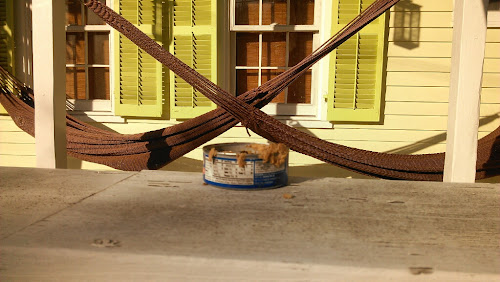 Then with one quick click of the display panel the camera transports me to another city, or perhaps the same city in another time. Windsor Lane looking toward the Olivia Street grocery. 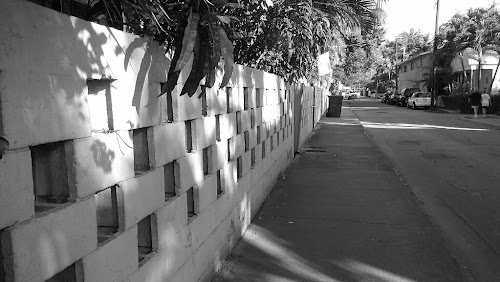 Bamboo can't be native to the Keys, I know that much but there again a botanic failure like myself can be fairly certain I have never lived in a habitat native to the bamboo. That hasn't stopped me from liking the stuff. I have heard there is a kind of cane that doesn't spread out of control and I think I'd like to plant a stand for myself. A hedge against future next door neighbors. 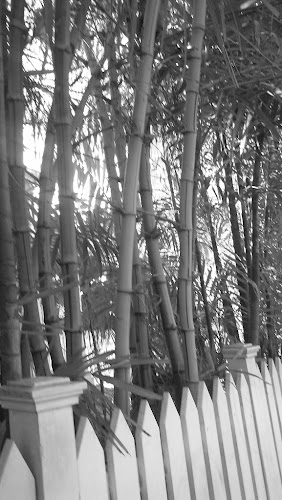 It's a funny thing but because I live in the Keys some people think I am supposed to be if not an expert at least conversant with the flora if not the fauna. However as I never tire of saying I have no interest in storing lists of names in my head, so horticulture and I are barely on nodding terms. Just because I live here doesn't mean I'm going to change the habits of a lifetime and suddenly start collecting things and names and so forth. 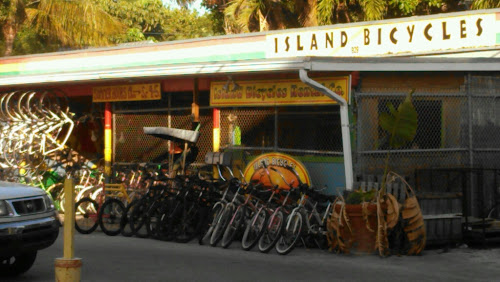 Island Bicycles had a sign up indicating they are now keeping summer hours. Bloody hell, spring was short. Bring on the humidity somebody.