It's a modest little structure tucked away on Duval Street, were you looking for a hamburger from Wendy's you might miss it entirely. It's not at all loud in its advertising of itself...free admission, available for weddings and receptions, take a stroll... 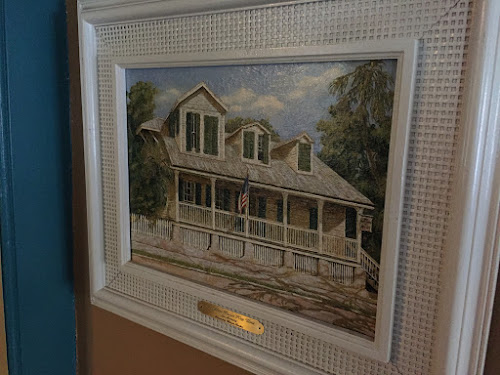 It has been on my list of things to do for so damned long this visit was inexcusably overdue. I have made an effort though to check out all the tourist attractions in Key West and I have done quite well though I say so myself. Could you see yourself getting married here? 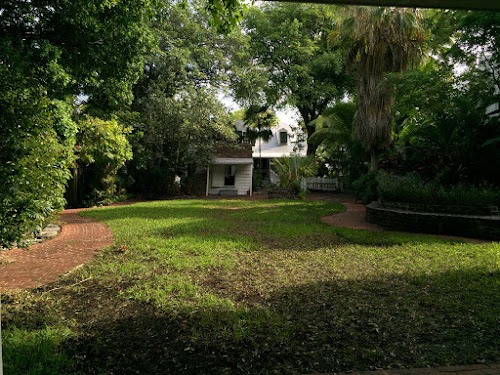 Richard Cussans a Bahamian merchant is believed to have built the house on what was, in 1829, the main drag in Key West. Whitehead Street was named for one of four Americans who bought the island from Juan Salas who had the Spanish land grant. Duval Street didn't exist back then until the city filled in the lake that occupied that part of the island. At that point owner Captain Francis Watlington moved the house to the other side of his four acre lot to overlook the new social center of Key West. Like the nearby Audubon House the Oldest House is a slice of Key West history. 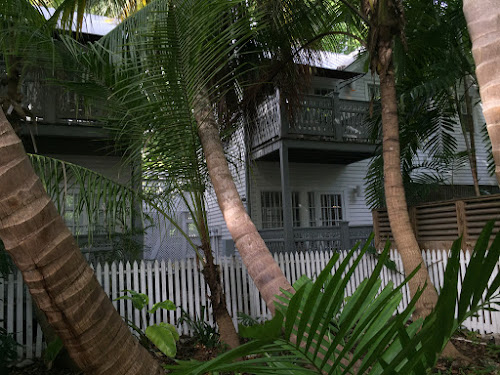 Nowadays the lot is reduced in size and is overlooked by new homes "in the Key West style." The garden retains its rustic edge though with a proper outhouse, padlocked unfortunately: 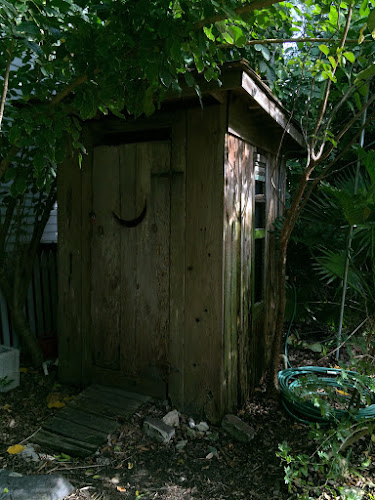 And the house boasts the last separate cook house in the grounds, 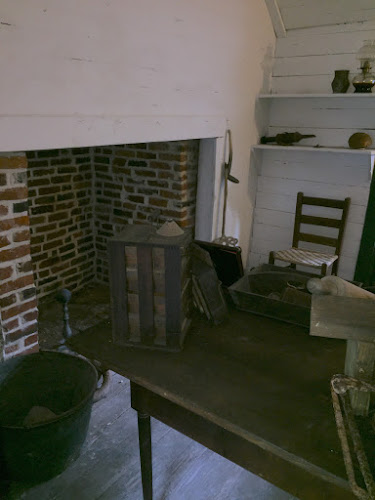 ...built to keep the danger of fire and the heat of cooking away from the main house. The discomfort of slaves in these tight quarters wasn't of course a concern. 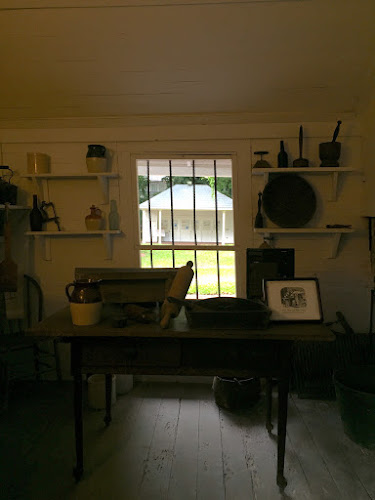 The Old Island Restoration Fund, an organization dedicated to preserving Old Town Key West, an uphill struggle these days, has owned the house since 1974, when a far sighted philanthropist bought it from the Wadlington estate and donated it. 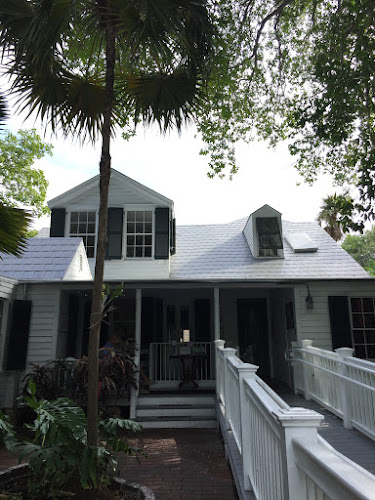 And here I found Dennison, resting comfortably on the "sleeping porch" where the family enjoyed night breezes in the heat of summer. He was a veritable fount of information though oddly the other visitors while I was there had no interest in hearing about the house into which they had blundered, apparently on their way to get solidly drunk up the street. 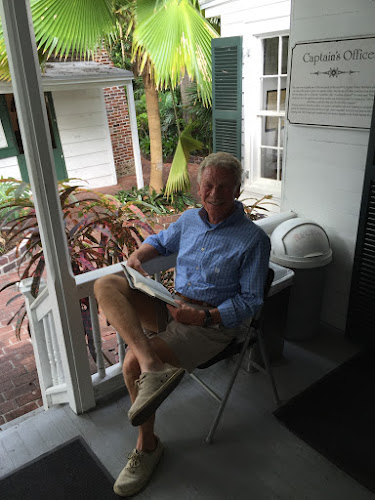 The Wadlington's expressed their wealth with powerful colors in their interior decorations in contrast to run-of-the-mill whitewash for the lower classes. 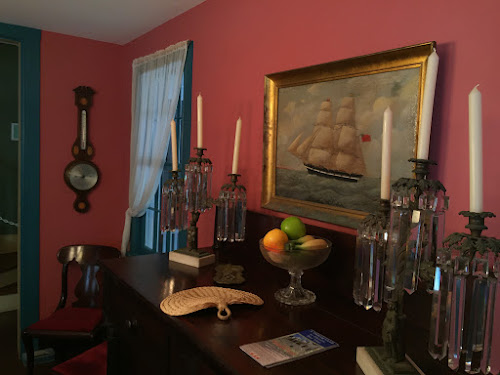 Because the Wadlington's owned the house until it's first sale in 1972 the furnishings are, in large part those of the original family I was told. 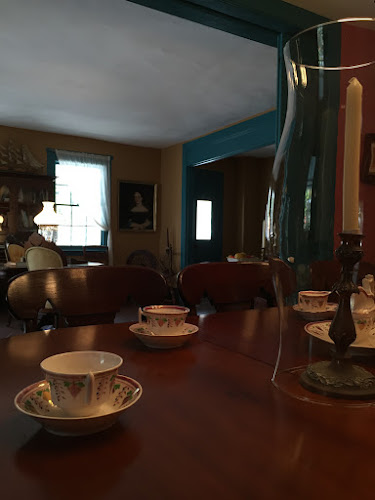 The builder decided to use sound techniques learned as a shipwright and the structure's ability to survive hurricanes is apparently a testament to that idea. Key West was hit hard in 1846 and all but a handful of homes were flattened, about 500 homes disappeared. Indeed the aforementioned Audubon House was built in 1847 after the great storm. 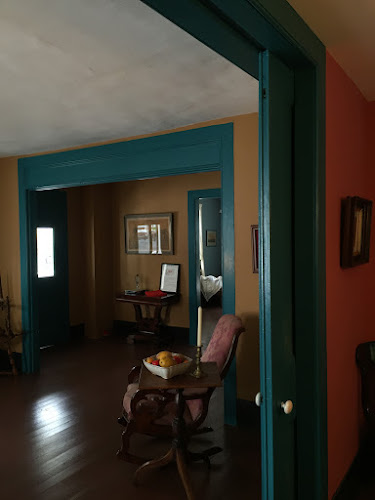 Last year I visited the Firehouse Museum and noticed the pond on Duval on an old map. So when the pond was filled in and Duval Street was built, and named for the first governor of the Territory, the house was moved here on the 300 block. 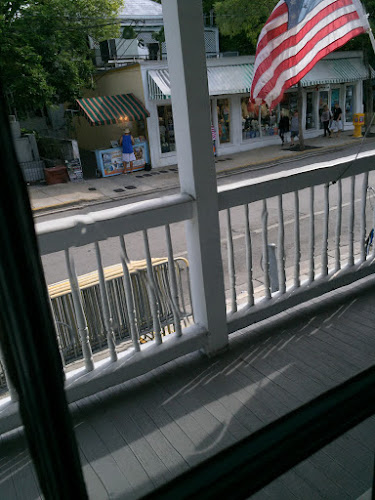 The interior was designed with as few doors as possible and those there were slid into the walls to create open drafts. 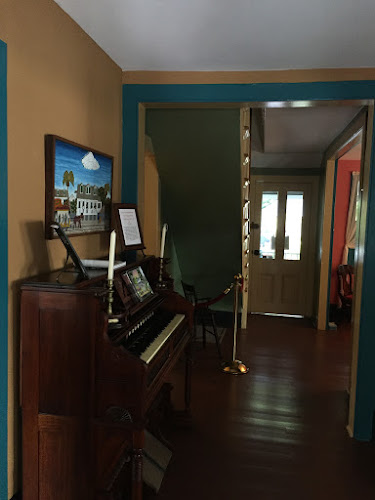 I noticed the Mario Sanchez hanging on the wall: 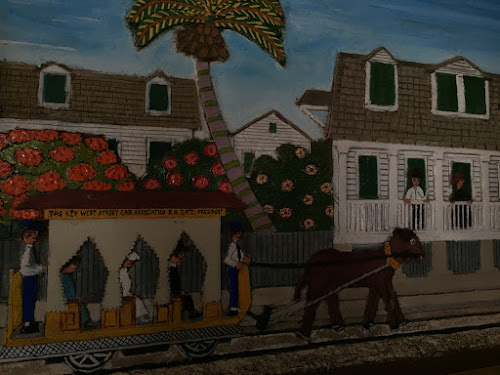 I guess they used beds in cooler weather. The beds were short as people preferred to sleep sitting up in those days and Dennison pointed out the rope support hence the term " sleep tight" an expression used to wish you a pleasant night's sleep on a well supported mattress. 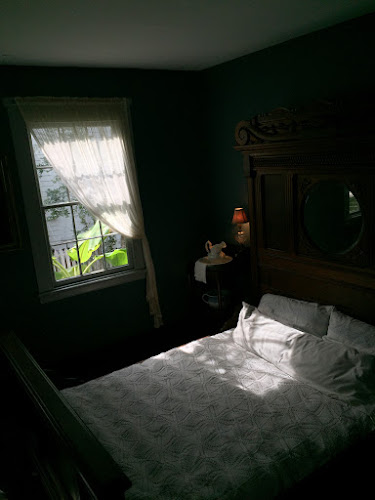 The seven of nine daughters of Captain and Emeline Wadlington who grew to adulthood. Lily, the last of them died 83 years after her father, and lived here until 1972. She is in the back row on the right. 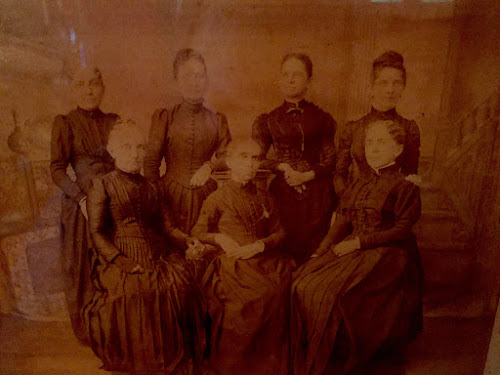 My wandering was done, another well spent hour learning about Key West and its past. Dennison was busy with another crowd and I took my leave after dropping off some money in the begging box. 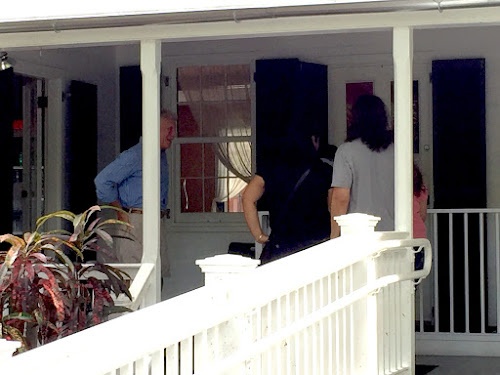 Supporting this rarity is critical if Key West is to offer visitors more than luxury condos "in the Key West style" and bars to get drunk in. 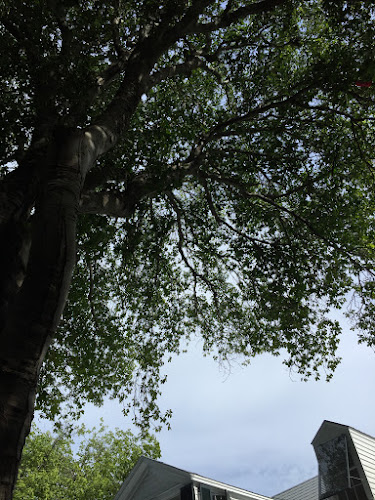 Around the corner at 616 Eaton Street construction is underway to build a monster home of glass and concrete where a forest grew up behind the old clapboard house. Here at 322 Duval big old trees get to live on unmolested. As time progresses those charged with preserving the past and maintaining the old seem to have lost their way. Places like this will become fewer and fewer and more precious than they already are.