My hair gets cut every few months whether I need it or not. My wife likes it longer, I like it shorter so I end up growing it out as long as I can stand and then I get someone to hack it off. It's a simplistic approach to my hair that works well for me. Among my genetic attributes I have a thick head of hair, caterpillar eyebrows and a beard that grows like crab grass, so cutting it back on a schedule gets to be important. That I had a barber who spoke little and cut well was a wonderful thing, a soothing twenty minutes in the chair, a meditation in the midst of the bustle of an otherwise average day. 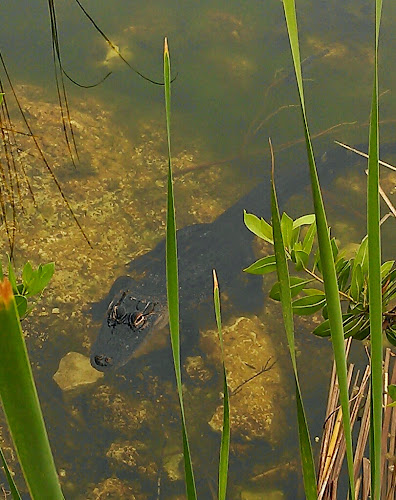 I went by the shop on Tuesday next to Winn Dixie in Big Pine and when I tried the door a passer by grunted they were closed. Really closed. Dusty and abandoned closed. Well bugger. I am not a great fan of change and finding my quarterly barber closed highlights the shortcoming of infrequent cuts. Things happen between visits. Well, double bugger. Now what? 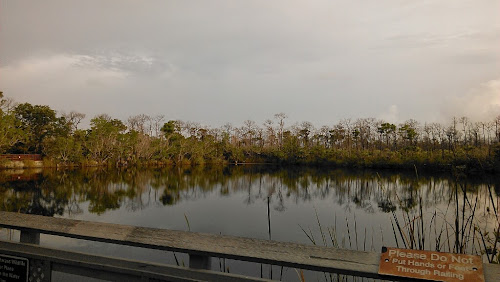 My ever helpful wife suggested the shop on Southard Street near the courthouse. My young blonde colleague goes there too and she approved. He was, she said, a former TV star on an early reality show called "Blown Away" starring Bobby in his salon. Something like that and he is a big butch straight guy and very capable with hair. Sounded perfect to me. Except that to get there I'd have to ride right across town. Now for some people a cross town trek to get the perfect cut would be the obvious course of action. For me its a redoubling of a pain in the ass. Bugger that. Bugger everything. My hair was long and uncomfortable and I had nowhere to go. Is this what post apocalyptic Armageddon feels like? Do we all end up looking like shaggy yaks when civilization grinds to a halt? 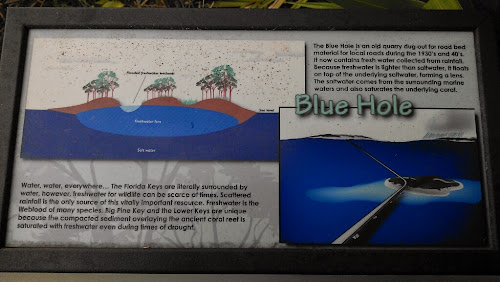 There are hair dressers in the Lower Keys and I picked one at random much closer to home than Southard Street. She was bright and perky, my age or older and happily not at all freaked out when I told her I had no particular desires, just to make it shorter. She got to work and the scissors started clicking. She was not one of the quiet ones and I sank in the chair, my back stiffening as she started a rapid fire questioning of my accent. Luckily, she is one of those people who like to talk not listen, so once she got going on the accent I reversed the flow by asking where she was from. I have found in my limited repertoire of small talk that asking this question can buy you a great deal of time especially as in the Keys people are from somewhere else. She was from Detroit where she learned to speak Ebonics, ha ha harty har har... I ate in Greektown once I piped up to save my Liberal neck hairs from stiffening too hard. Oh yes she said, unenthusiastically. This was good, she didn't follow up and ask what I was doing in Motown. I went to Windsor once I piped up, thinking about how civilized Canada is across the river from Detroit, a town in the throes of dissolution. That got her on a rant about Canadian accents. She thought I sounded Canadian. Huh? I shrank deeper in my chair and then I heard a voice, my savior, pipe up across the room from far behind me. 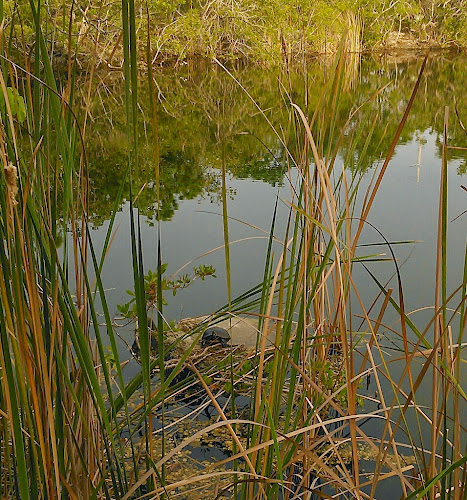 It is my practice to take my glasses off  when I let the barber at my hair so I cannot see much of anything in the chair. Besides I don't have eyes in the back of my head and I rarely look around and take stock of a room when I enter. I am phobic about making eye contact and I rarely do it unless absolutely necessary. I had no idea who the dude was who was stepping in to announce that he thought Canadians sound like Australians. From that extremely odd statement the conversation in the room became general and took a decidedly surreal turn. I expected Buñuel or Dalí to pop out of the back room carrying a cine camera and cackling like hyenas at my predicament. LUIS BUNUEL DIES AT 83 - FILM MAKER FOR 50 YEARS - NYTimes.com 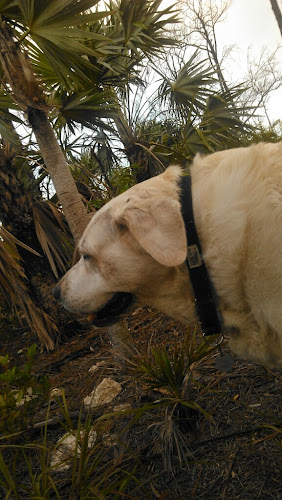 Then the hairdresser started on about Canadian accents again and this time Newfoundland came in for scrutiny, funny accents of course and weird music. "Celtic," I suggested feebly, "Irish," I tried to be more specific. Oh, she said, that would explain it. "Hey" said the male voice across the room, I'm Irish he went on and our music doesn't sound like that. I wondered if I could make a break for it with only half a head of hair cut. I heard some Irish music someone said, carrying the free form conversation into a new arena, cooking this time. Oh Gawd, I thought. What now? Gators, that's what, eaten at a folk festival doubtless a memory brought on b y talk of Celtic music. I've eaten alligator and I maintain the flavor is in the breading. The idea of eating an animal that eats animals puts me off however hypocritical that may be but they were into it. Oh yeah, I love gators my diminutive hair dresser gushed. She would make barely a mouthful for a medium sized dinosaur. Chicken legs the male voice said. What? My uncle, he went on, had a medium sized gator and and he took the legs (How? I wanted to scream) covered them in buffalo sauce and they were as good as chicken wings. Gosh I thought. Nibbling on chicken wings double handed. There's a thought. 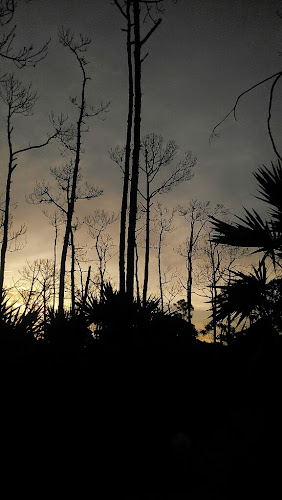 I drifted off at some point in the discussion of gator cuisine and when I came back it was at the prodding of my hair cutter who asked if I had seen Duck Dynasty. Duck Dynasty - Wikipedia, the free encyclopedia Happily she had no interest in knowing I don't have cable (a confession that usually raises eyebrows among devotees of the medium) as she and the male person started laughing about a television program based on a family of people who made a fortune from manufacturing duck decoys. God bless America! Now they have, naturally, a reality TV show. The conversation was an education for a middle aged culturally clueless nitwit. Imagine, the show nearly got cancelled when the network asked them to stop praying and shooting guns on the show. The Clampetts refused to great acclaim from the occupants of the barber shop who assured each other (and me) that they wouldn't watch the program without the praying and the guns. Or the lawn mower races. As reality shows go it sounds fairly innocuous. I was a little worried to learn that the woman wielding scissors around my head had been up all night on a Duck Dynasty marathon. She didn't sound sleepy. 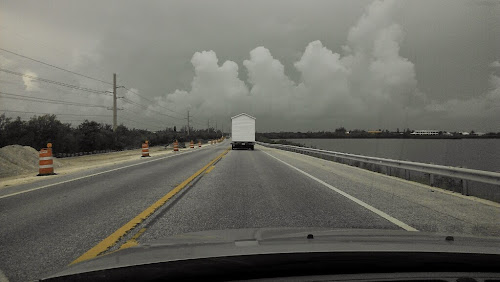 As they silently considered their entertainment options I felt the need for small talk. I have learned that in these occasions you ask people about themselves. "So how did you get into hairdressing?" Smart huh? No, small talk 101. Well she's been doing it for 39 years or more perhaps. She started when she was a kid cutting her family's hair and she wasn't quite born to it she said but she knew what she wanted and she got a lot better after she attended beauty school. Apparently her mother got a crap haircut when she asked for a fashionable style known as an "artichoke." Which according to the web looks like this: 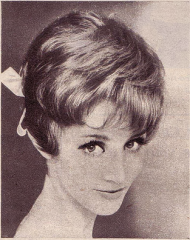 Apparently artichokes were all the rage in the 1960s as they produced a sort of layered look in defiance of the less fancy styles common to the post-war years. I was learning stuff I never even imagined existed, and it turns out my hairdresser's Mom got a layered look that someohow exposed the very white skin on the nape of her neck. It was an accidental cut that caused much merriment when the victim's family gathered to admire Mom's artichoke, so much so that Mom insisted her daughter cut her hair from then on. And that is how a career in hairdressingwas born. 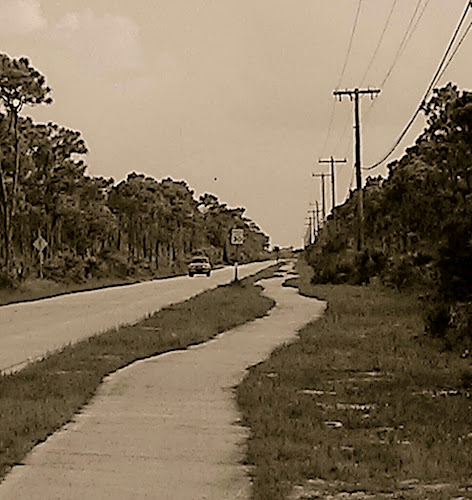 It was quite the change for me from my usual quiet meditation in the chair for twenty minutes with some gentle adenoidal male wheezing and the soft insistent clicking of scissors and the faint aroma of male cologne on the air. Just thinking of it puts me into a deep meditative state. Now instead I am bound to return to the new and active hair dresser, the short deeply tanned long time Keys resident who loves her job in this place as she gets to meet so many different people from many different walks of life. "An open air insane asylum," she says, quoting the well worn maxim about the Keys. If my experience was any guide I have no idea how she knows anything about her customers but perhaps others are more forthright than I, and manage to make themselves heard. 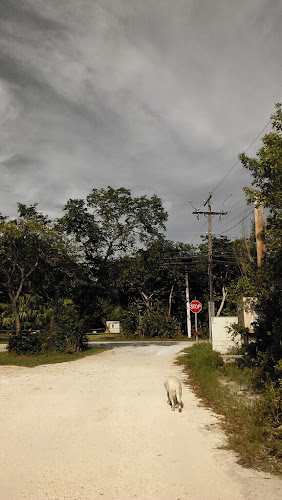 I am actually looking forward now to my hair growing out a bit so I'll have an excuse to go back. I wonder what wild and wonderful turns the barbershop conversation will take next time?