We had planned a drive to Charleston, South Carolina to mark the end of my wife's Christmas Break from teaching. I had four days cleared to go out of town and we calculated a day to get the on I-95 and. Aday back with two days in town. A confused medical appointment in Miami delayed our start by 36 hours putting Charleston out of reach. 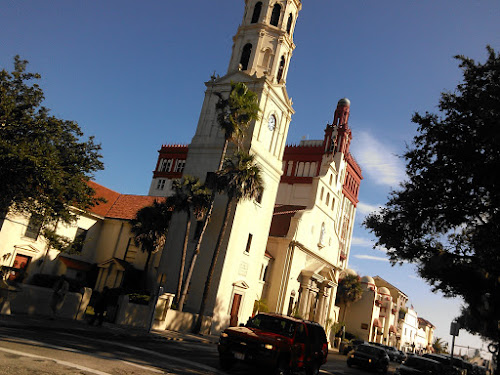 That is the reality of life in Key West. True there is an airport but 45 minute flights from Miami can end up doubling the cost of a cross contry ticket, and when you live with a hundred pound Labrador a car is the best way to travel. Besides I hate flying, and I really like driving, even though this is the time of year I-95 is clogged with vacationers. Why, in the name of all that's holy do drivers pass trucks at two miles an hour faster than the vehicles they are passing? But that is a subject for another day. I was not going to let a few distratced vacationers get in my way, especially as we would end up having but one day in the First City. This rapid trip was devoted to the concept of making the most of everything. We did our best. 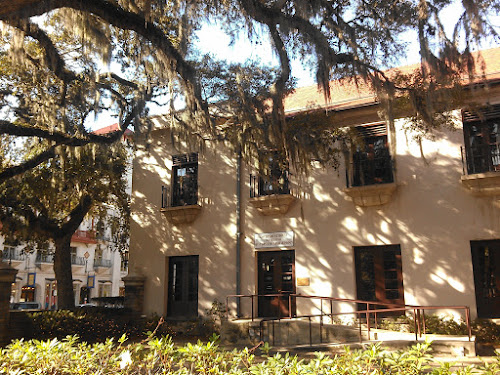 It is inevitable if you live in the Keys that a town like this will come in for comparisons, not all of them favorable, though I must say the more frequent our visits the better we like this little town. The bad is immediately obvious with a quick glance at the weather records. We were there in bright sunshine but sixty degrees is pretty cool by Key West standards and forty degrees by night is frigid. I suppose one could get used to that. I loved the traffic lights here which switch swiftly between directions in immediate response to vehicles approaching any given light. In Key West a red light dooms a driver to spending a lifetime waiting no matter how costly the gas one is idling away, waiting for someone, anyone to cross the intersection on the green... Then I saw this Eco Sensible parking control vehicle and the question bubbled up....why..? But what's the point? Key West does as it does, no explanations needed or sought and parking control in the Southernmost City use Chevrolets. The air conditioning in summer is doubtless much appreciated.. 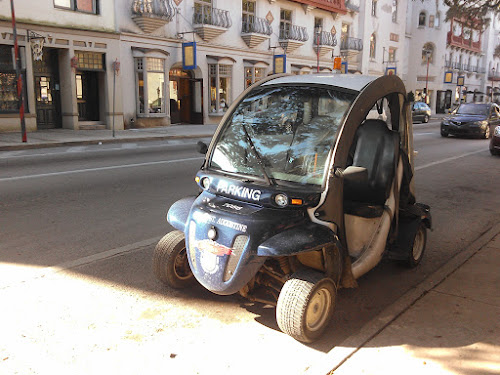 Key West exudes life where St Augustine offers what appears to be a more measured pace, a more genteel quality of life perhaps. I dare say not everyone seeks oblivion through alcohol in this rather more conservative town. I did see a shopkeeper step irritated into a narrow street fronting his store and express some frustration with a car illegally parked for the second day in a row... A short while later as we returned to claim a table for lunch (essay this weekend) we spotted a police car checking the violation. Some small town problems are universal. 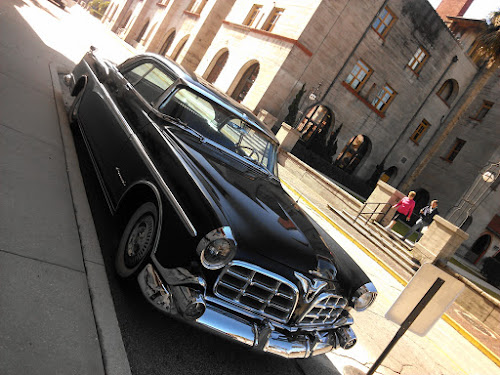 St Augustine is pretty and clean and well ordered. It is set close to the northern edge of the state, thirty miles from Jacksonville which itself is but a similar distance from Georgia. To live here puts a resident beyond the end,ess flat miles of driving required to simply get here from Key West... But this town, as lovely as it may be, isn't home. 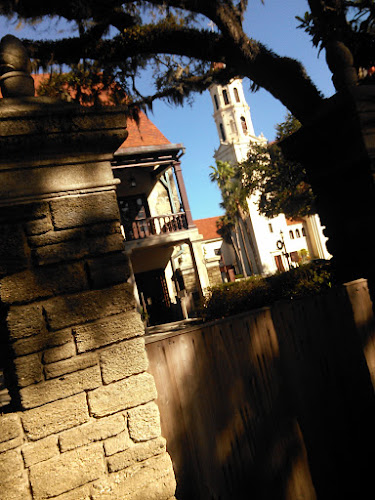 What it is, in some respects is a living outdoor museum, a place at celebrates the past in a way that is real, and immediate. Key West loves its pirates, characters of fiction who never camped or rough housed in the Southernmost City. St Augustine has history by the wheelbarrow-load and it shows it off, proud of its authenticity. The Matanzas River is named for a massacre of French Protestants who surrendered to Spanish Catholics who promptly decided to save their souls by hanging the Lutherans. Not to worry the French had the upper hand a few years later and returned the favor with pleasure. It's all documented and recorded and celebrated strangely enough, by people who keep their clothes on in public. 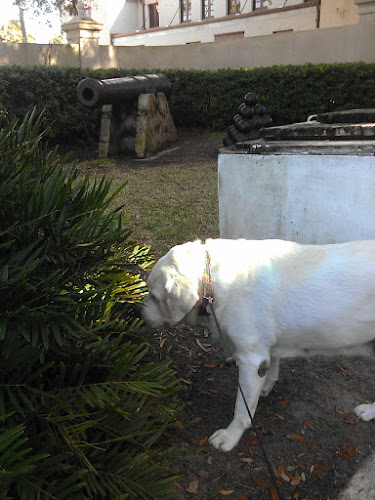 The architecture speaks of Spain, reminiscent of Andalusia or New Mexico, not the wooden New England imitations found in Key West. Which you prefer is not for me to say but I wonder how well I might manage in a town where I cannot hide behind men in tutus and the women who love them. It is easy to be normal in Key West. It would probably be harder to hide in strait laced St Augustine. 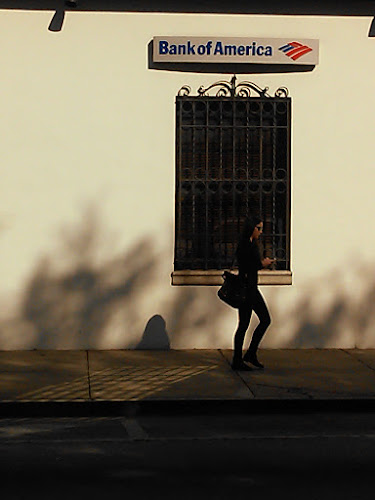 But if you look at these pictures and realize I swept them up into my smart telephone in the space of twenty minutes or less, on one brief walk with Cheyenne you will understand there is much to see in this very small town set on an island between rivers. 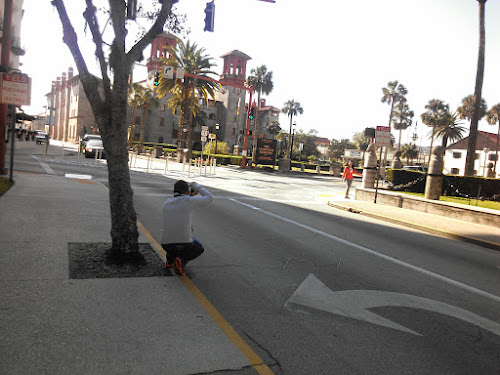 St Augustine has a long history in this formerly uninhabitable state thanks to its mild climate and relativly easy going insect population. Yellow fever was a problem here just as it was in Key West. After the Spanish sold the state to the British who then palmed it off on the new United States the Indian Wars caused A fair amount of heartache apparently in these parts. Southern Florida was marshy, sickly, hot and impenetrable, so much so we saw a map of 1836 Florida which failed to make any mention of what is the second largest body of fresh water in these United States. Lake Okeechobee had not yet been chanced upon in the marshy interior of the state...eight years after Key West was founded! 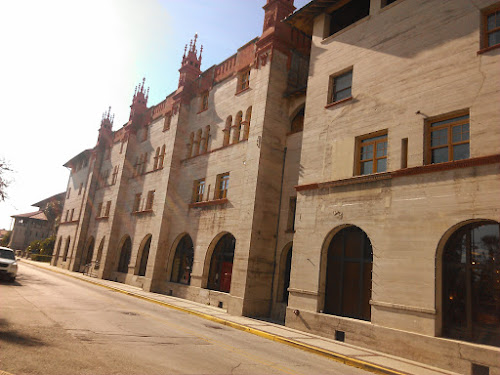 Flagler's Florida railroad empire started here with his massive hotel as a destination for his travelers. In those days a hundred years ago this climate was a perfect alter active to winter. Of course enough is never enough and the railroad moved south to Palm Beach and passed by Miami to end up in Key West, as we all know. Frankly I noticed a huge difference in the mildness of the weather a d the warmth in the air when we stopped in Palm Beach County for lunch on the way home. But I just happen to like the heat of South Florida. 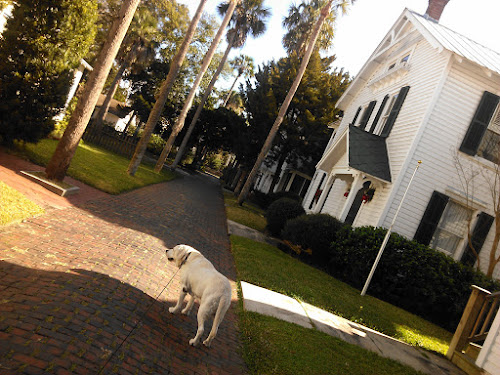 Cheyenne likes the cool of a winter day padding around the old city of St Augustine. I walked her feet off. 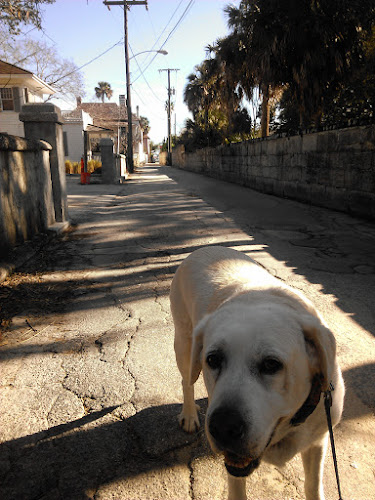 Pedro Menéndez de Aviles is the big historical cheese in St Augustine who founded this continuosly occupied settlement in 1565. He was also the first white person on record to land the next year in Tequesta, as the distant Indian village was called on the shores of the Miami River. Imagine, my wife and I have yet to visit the oldest school house, the fountain of youth or the enormous Ripley's Believe It or Not park. We haven't even got it together to check the interior of the fort overlooking the river. Dogs are welcome to stroll the grass and the battlements outside the main fort but you have to be dog-free to go inside and we just haven't yet got properly organized for that expedition. 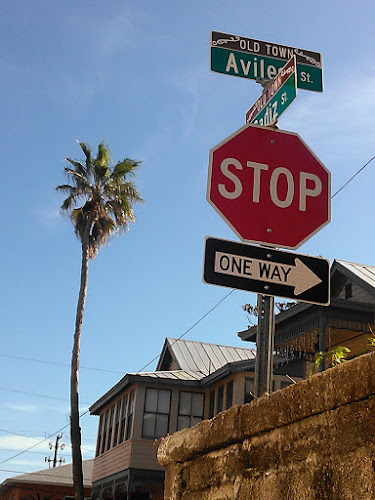 We did visit the oldest house called Ximenez-Fatio (fay-show) where we got a tour (no interior photography allowed!) of 19th century American life in a 16th century Spanish colonial home. It was a bargain at five bucks each and amazingly informative. Don't miss it. Apparently a series of three independent minded women took up the boarding house trade in this house, a trade that was possible and respectable for single women of the period. The house has been laid out for a tour of all aspects of life and I could have spent twice the forty minutes allotted for the visit to the various rooms. 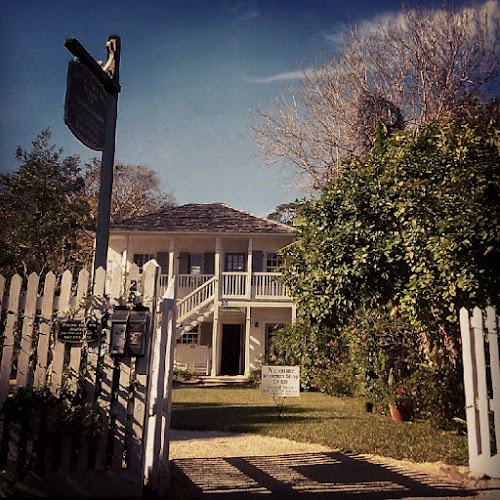 I have no doubt we will be back as there is more to see and explore and the city is well placed for a three day weekend. Our dog friendly La Quinta inn is right off the interstate and I can drive the 450 miles from Key West In a comfortable eight hours. That's just life in the Keys, if you want to get off them from time to time it takes driving or flying and I'm proud to say I never got pulled over this trip even though almost all of it was driven briskly on the freeway and turnpike, with all their attendant ugliness and convenience. 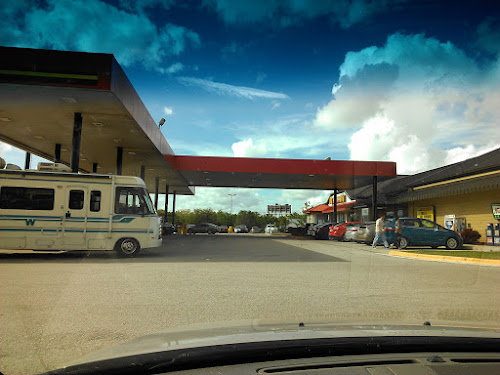 I think we were all three glad to get home after our brief excursion. There was no doubt Cheyenne was happy because she slept all the next day and was reluctant to get dragged off for even one walk. My dog is a home body, too bad she landed in a traveler's lap.