The temptation in Key West when you see people sitting around is to ascribe to them impure motives. In a world driven by the urge to succeed and create and make more, lounging is anything but a virtue. 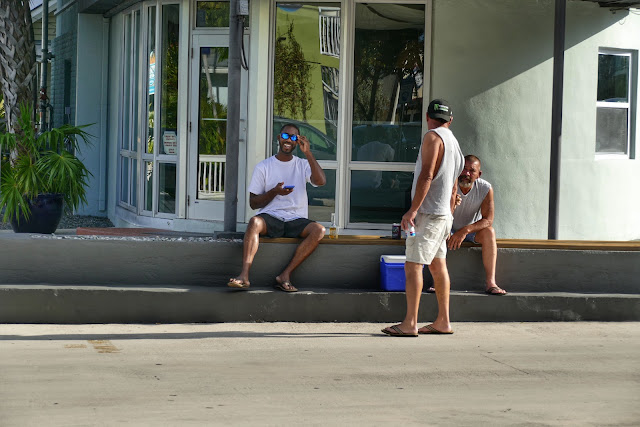 So if you are seen lounging with a drink in hand chatting, or studying the horse racing form or communicating with your family it is only to easy to view you as lazy or a bum or some other form of idler. You may just be relaxing after a long day of manual labor. Or office labor. 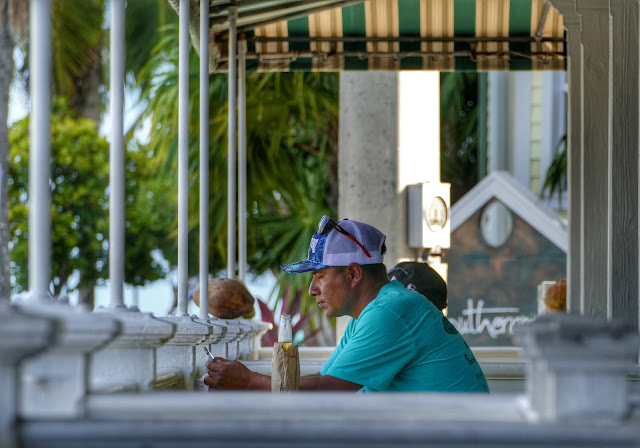 But this is Key West, the town renowned for lounging and vacationing and drinking and partying. Everything as hard as possible. 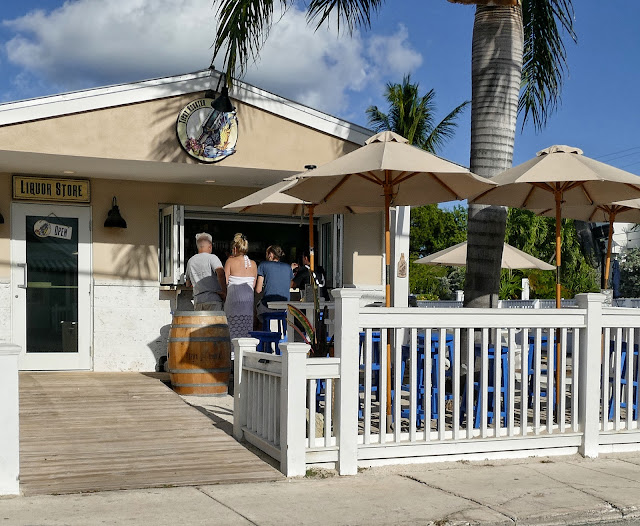 Years ago my wife and I went sailing in the Caribbean during the low tourist season and we spent two weeks between Grenada, St Lucia and the Grenadines. It was my cunning plan to assure my wife a sail boat trip would be fun and it worked splendidly as we had a great time making leisurely passages swimming and ignoring the fact it was the height of hurricane season. We were from California and knew nothing of such things. We knew nothing of limin' either but soon learned. 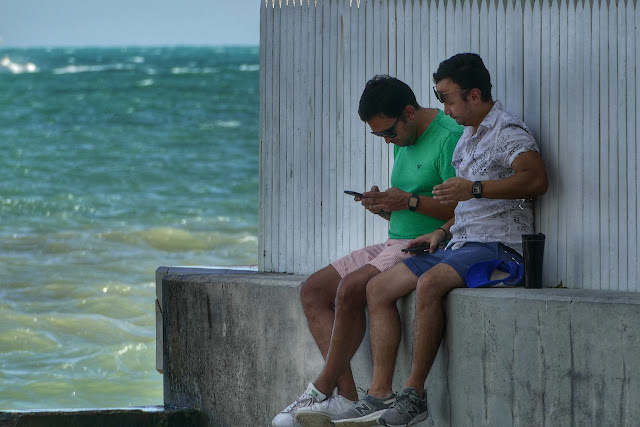 Not sure if buzzing around on a boat counts as limin' but I'm pretty sure the seagull on the pole was relaxing...and catching the cool easterly breeze. Because that is what limin's actually is, a Caribbean phrase reflected a laid back form of relaxation. The Internet has a formal explanation:
The word is associated with sitting under a lime tree,or having nothing more demanding to do than squeezing limes. It is also thought to originate from "limey", a slang term meaning a British serviceman during World War II (noted for hanging around bars and drinking). 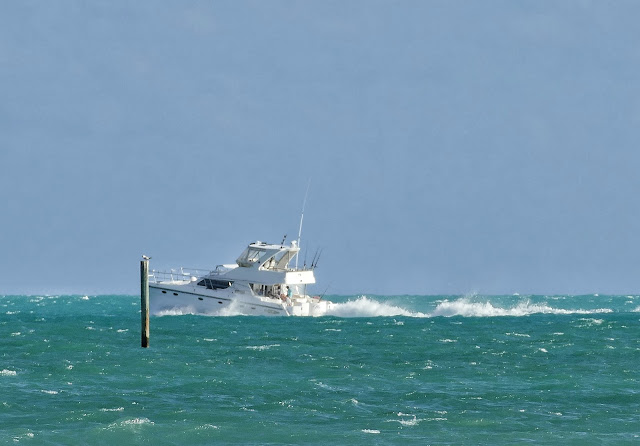 No lime trees need be in sight when you decide to act all tropical and do nothing. Read the warning signs though as a visitor dived head first into shallow water a few years ago and ended up paralyzed. That ended up in a massive lawsuit so now all hotels have to warn guests not to be stupid, even when drunk. Being reckless isn't limin' so before you dive check the water depth you plan to plunge into or risk death... 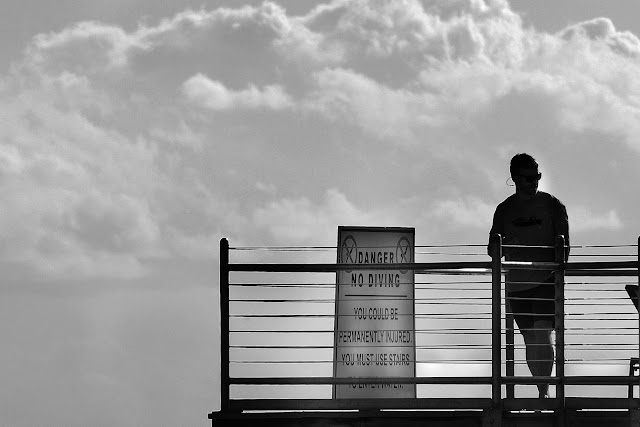 Had I had the time I might have settled myself down under the  arbor  at  First State Bank to do a little limin' myself, but duty called and I had to get back to work. I suck at living on island time! 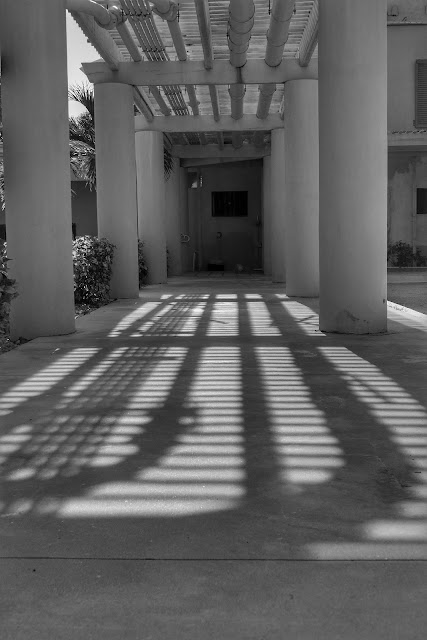 The irony of course is that you have to have a lot of money or a private income to live  a laid back life in the Keys these days. Working people don't get to hang out as much as visitors or retirees who come to live here and naively assume laid back is the cultural norm. Limin' isn't for everybody in Paradise.
Posted by Conchscooter at 12:00 AM 2 comments: